Sweden is the third largest country in the European Union and has a total population of 10.2 million. However, less than half of Swedes live in the cities which means that Sweden is a very rural country. Find out how Swedish kids spend their time exploring the numerous forests, lakes, and beaches that make up the countryside. 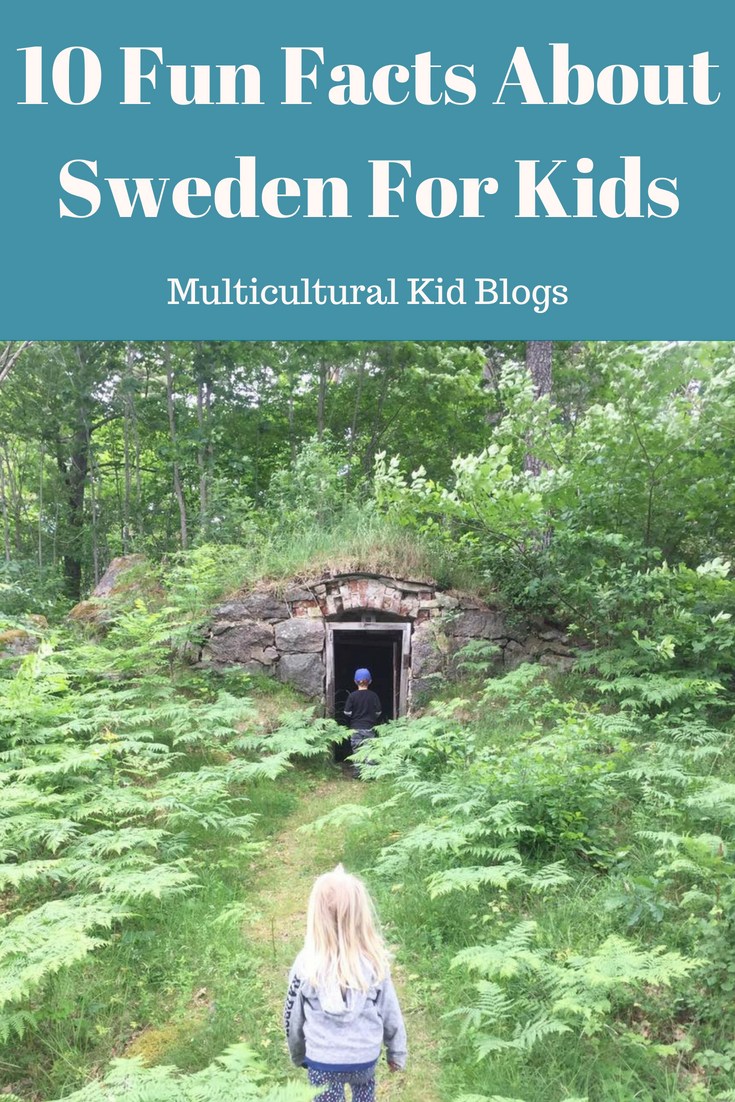 10 Fun Facts About Sweden for Kids

#1 Swedish kids dress up like witches for Halloween and…Easter

Kids in Sweden get to dress up not just in the fall for Halloween but also in the spring for Easter. For Easter, kids in Sweden dress up like witches and make cards saying, Glad Påsk! on them or Happy Easter. These cards are given to neighbours in exchange for candy similar to how kids trick-or-treat during Halloween. There is even a special Easter soda called påskmust that kids (and adults) enjoy during the Easter weekend.

#2 Kids climbing on rooftops is not uncommon in Sweden 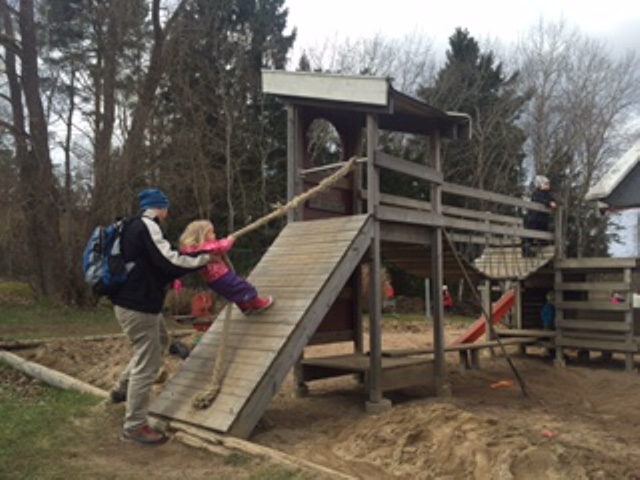 Pippi Longstocking is a Swedish kid’s hero because she doesn’t follow adult’s rules. Even though she is a children’s book character, her spirit is very much part of kids’ lives in Sweden. They sing her theme song in preschool and listen to all of her books before they turn five years old.

Pippi makes adults nervous because she does things in her own way. She scrubs the floor by putting brushes on her feet, and she makes a big mess in the kitchen when making pancakes. Pippi is the strongest girl in the world and she climbs up on the roof of her house with ease.

You can see kids acting like Pippi at every playground as they climb on top of playhouse rooftops and on the outside of climbing structures. Be sure to read all about Pippi Longstocking by Astrid Lindgren at your local library or bookstore and bring Pippi’s carefree spirit into your home.

An easy way to act like Pippi is to sleep upside down in your bed. Put your feet on your pillow and you’ll sleep like Pippi.

#3 Kids are encouraged to explore nature 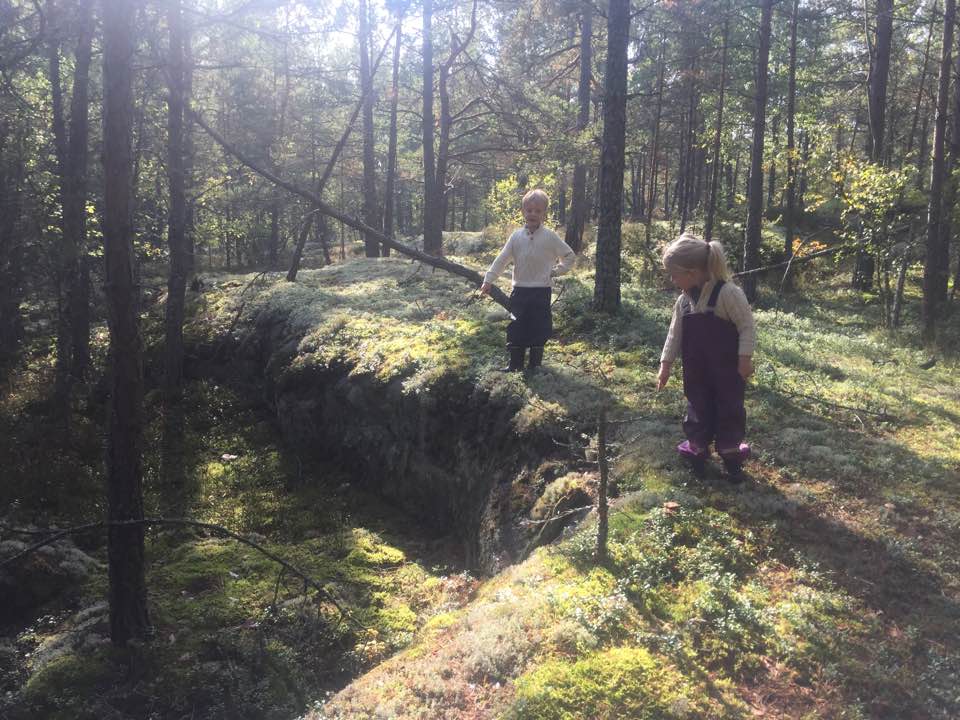 Thanks to the right of access, allmansrätten, everyone (especially kids) has access to nature. That means that you can go onto anyone’s property (within reason, of course) and pick blueberries and mushrooms. You can even camp on someone’s property as long as they can’t see your tent from their house.

This open right to land means that more people have access to nature regardless of where they live. Kids who live in apartments get to explore wild green spaces just as much as kids who live on farms.

It also means that more people have a positive relationship with nature. When everyone has access to nature, more people are able to take care of it. There is a shared responsibility for respecting and preserving the beauty of nature. 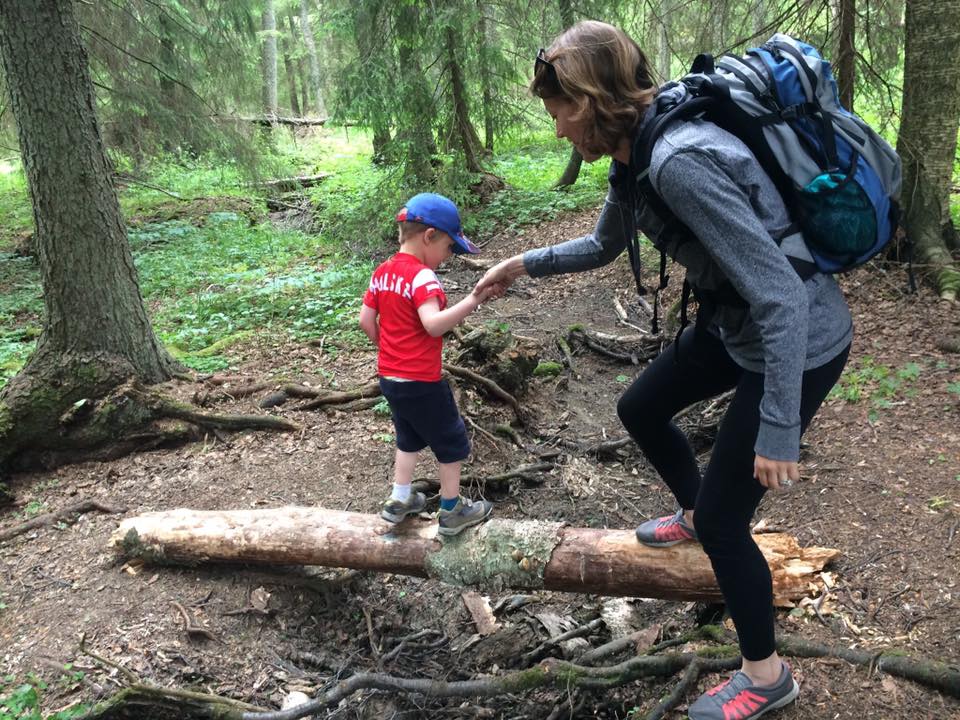 Kids in preschool head out for nature walks at least once a week and depending on where they live, they can even head out into the woods once a day. Climbing on rocks, playing hide and seek in the woods, building tents out of sticks, and finding ant hills is all part of a walk through the woods in Sweden.

#4 Summertime is all about relaxing in Sweden 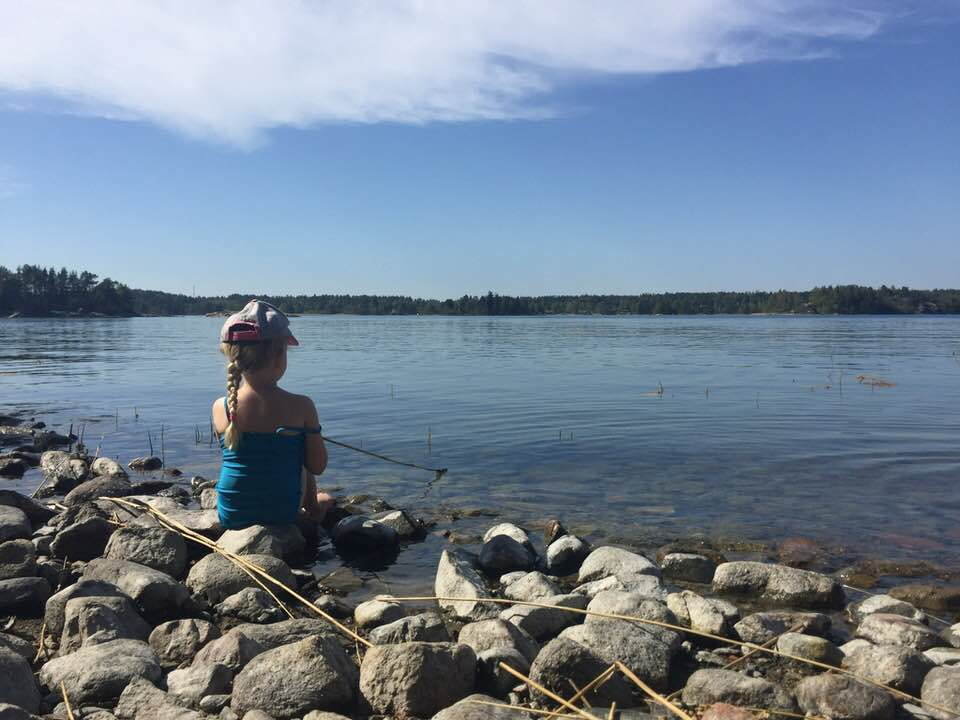 Swedes don’t take vacation time in short bursts but rather, take long weeks of time off from work and school to really relax and unwind. According to Swedish law, every worker has the right to 25 days of holiday and four consecutive weeks of holiday between June, July, and August.

Summers are often spent at summer cottages or the family summer stuga, which are generally traditional family houses near lakes, farmland, or the coast. Swedes take advantage of their long periods of time off to unplug and de-stress from the events of the entire year.

Do you play Minecraft? Did you know that Minecraft was developed in Sweden? Markus Persson invented Minecraft because he wanted a game that was more about building and exploring than fighting.

Other cool technologies and inventions like Skype, Spotify, the computer mouse, and of course, IKEA, were also developed in Sweden.

Many Swedish inventions have revolutionised modern life as we know it today. Revolutionary Swedish inventions include dynamite, zippers, ultrasounds, flat screen monitors, the Global Positioning System (GPS), the three-point seatbelt, and the pacemaker. What types of things can you invent?

#6 Swedish kids love coffee time as much as their parents 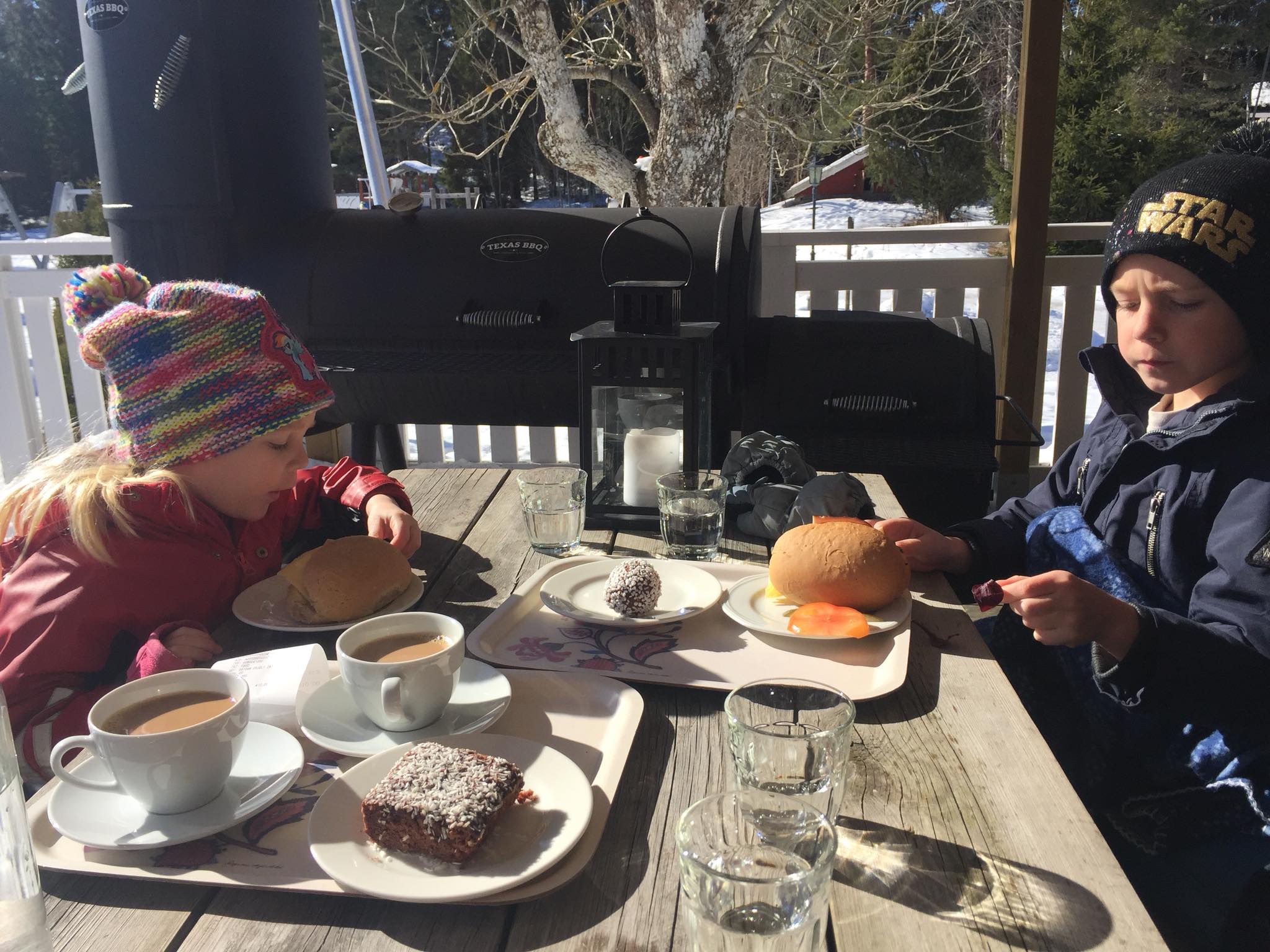 Fika, loosely translated as a coffee break, is a tradition that all kids in Sweden love. The adults drink coffee while the kids drink juice or hot cocoa, and everyone enjoys a Swedish cinnamon bun, kanelbulle, or a chocolate ball, chokladbollar.

Kids love fika time because it is a time to sit down, chat, and eat tasty pastries. Fika can take place anytime but is most common at 11 am and 2 pm.

Do you want to incorporate fika time into your day? It’s easy—just take a true break, and enjoy drinking something warm and eating something sweet in-between meals while reconnecting and chatting with friends and family.

#7 Every year, the town Gävle builds a huge straw goat for the Christmas season 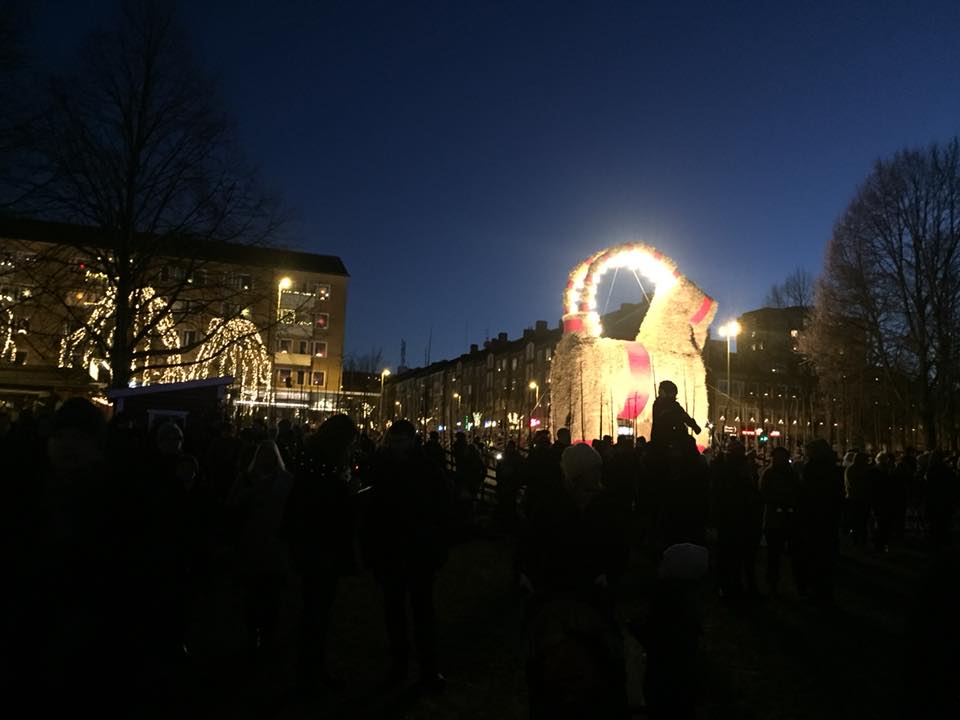 Every year, they build a straw goat and nearly every year, the straw goat is burned by vandals. The goat is a symbol of Yule in Scandinavian culture and the small town of Gävle honors the Yuletide season with the largest Yule goat ever constructed. The first Gävle goat was burned down on New Year’s Eve in 1966 and since then, it has become a unique challenge for vandals to not only burn down the goat but to get away with it and evade police.

The Gävle goat is now heavily guarded behind two fences and has 24-hour security guards patrolling the premises. Last year, the goat survived the entire season so the extra security measures are paying off.

Have you heard of smörgåsbord before? Literally translated, it means “sandwich” “table” which doesn’t make much sense, but it represents a mix of a lot of different foods or what we would call a buffet.

The word Thursday originally came from torsdag or Thor’s Day—named after the Norse god of thunder.

Äpple means apple so that one is easy, but don’t confuse apelsin with apples because that one means oranges (the fruit).

Hallå means hello but almost everyone in Sweden says, hej, hej! which is also easy since it sounds exactly like “hey, hey!”

And my favourite word, choklad in Swedish, means chocolate. Yum!

But don’t worry about speaking Swedish if you visit because over 86% of Swedes speak English very well.

Every family has their own Christmas traditions but one that is special and unique to Sweden is Kalle Anka. Every December 24th, at 3 pm, Swedish families gather around their TV to watch the 1958 cartoon special, Donald Duck and His Friends Wish You a Merry Christmas. What traditions does your family do during the winter holidays? 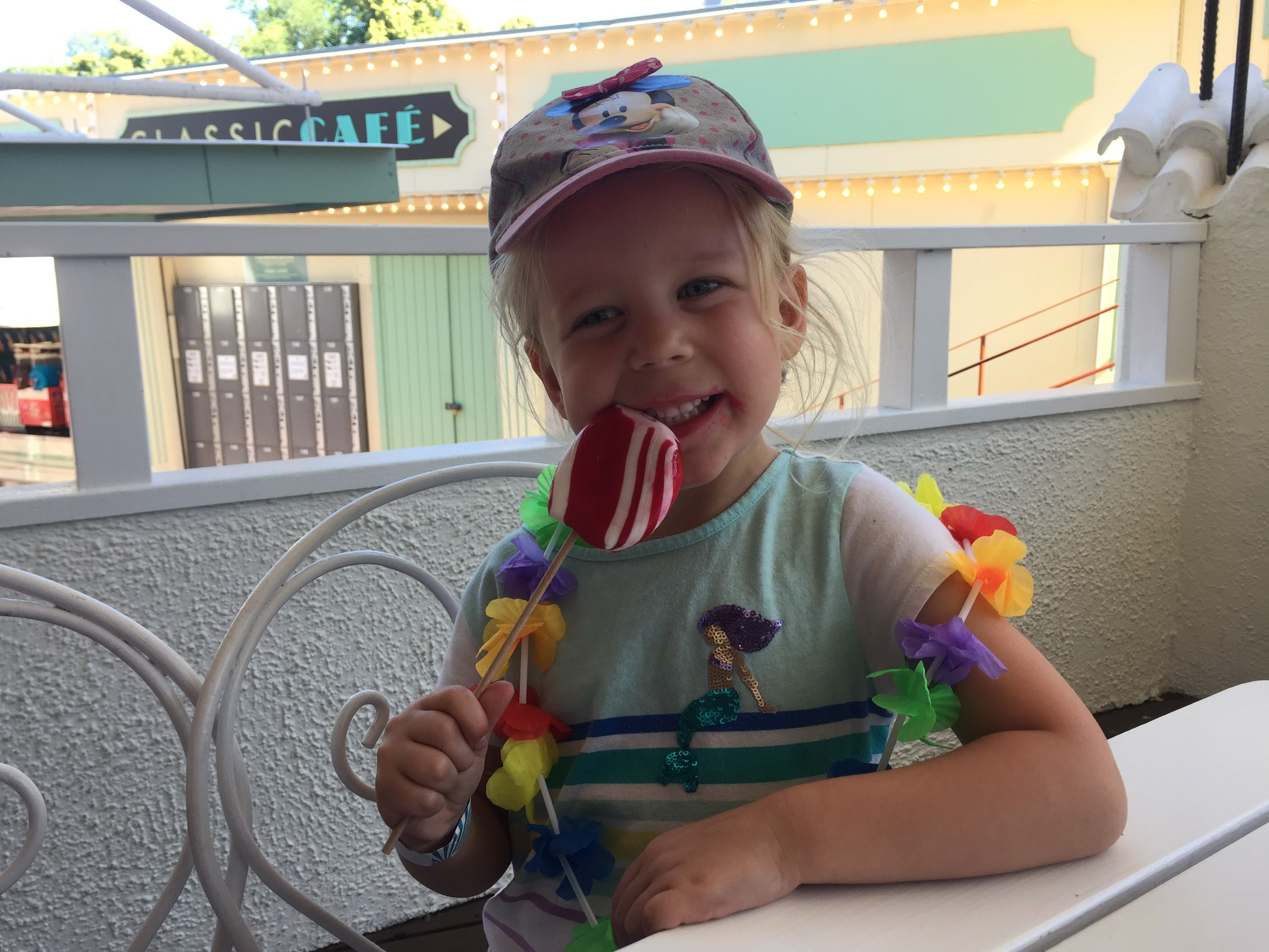 Swedish kids are finally allowed to eat candy, ice cream, and cake on Saturdays, known as lördagsgodis or Saturday candy. It is frowned upon for Swedish kids to eat sweets during the week and the reason behind it is to help keep their teeth healthy. Dentists noticed that eating a lot of candy on one day was better than eating a little bit of candy every day and lördagsgodis was born.

Some kids can eat as much candy as they want if they have generous parents. My kids can eat one piece of candy for every year of age—so only 4 or 7 pieces for my kids.

Bonus fact: Swedish Vikings did not have horns on their helmets 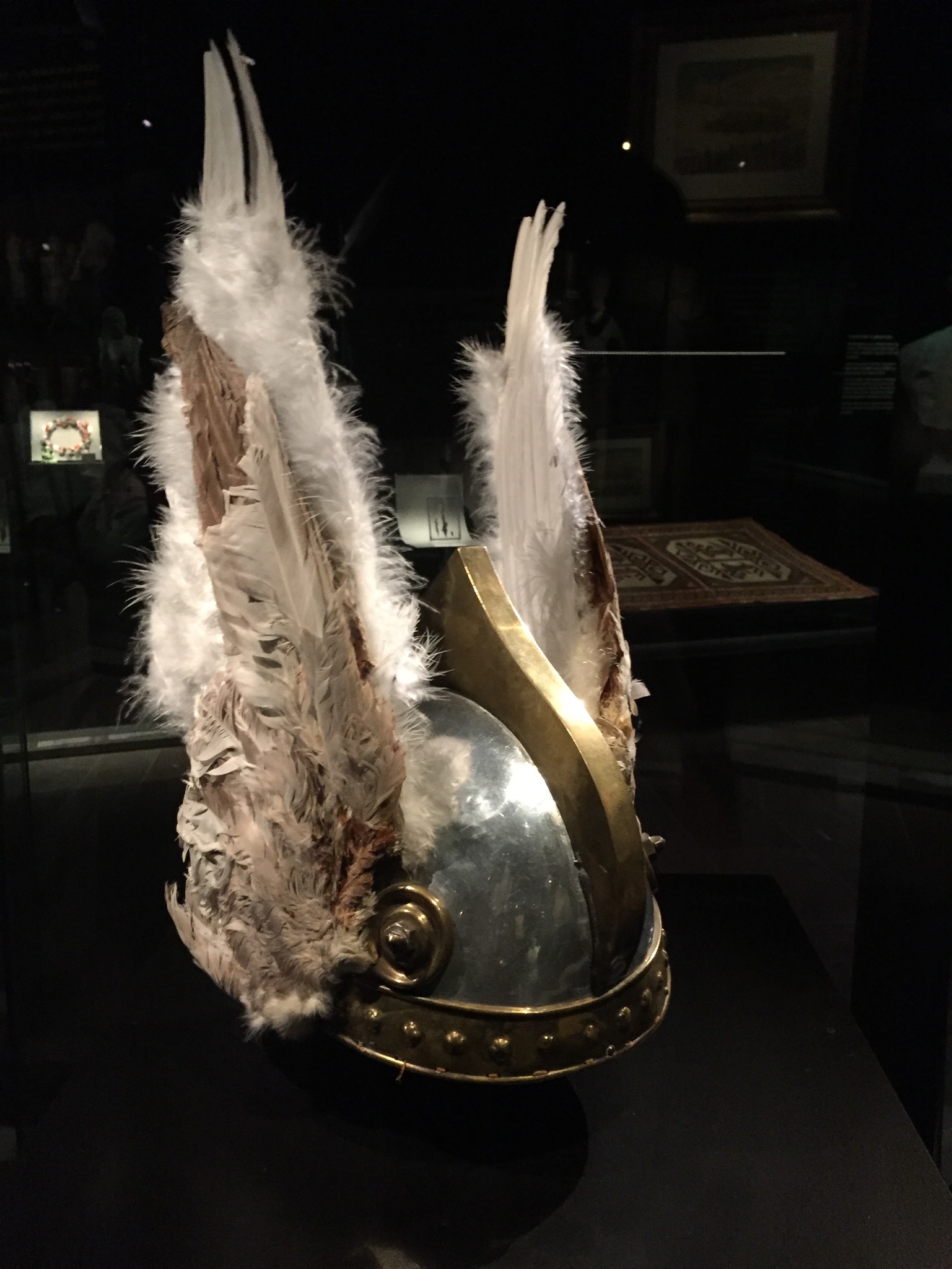 This is a common misconception but no, Vikings did not have horns on their helmets when they went into battle. Archeologists have found ancient rounded iron caps with guards around the eyes and nose but no horns. While horns might’ve scared the enemy, they would be too heavy and impractical in battle without offering extra protection.

The Norse god, Odin, is often depicted with horns so it likely that any horned helmets were worn during ceremonial rituals, if at all. Despite searching for years and years, archeologists have not yet found a helmet with horns.

Photo Credit: All photos belong to Lisa Ferland at Knocked Up Abroad and may not be used without permission.