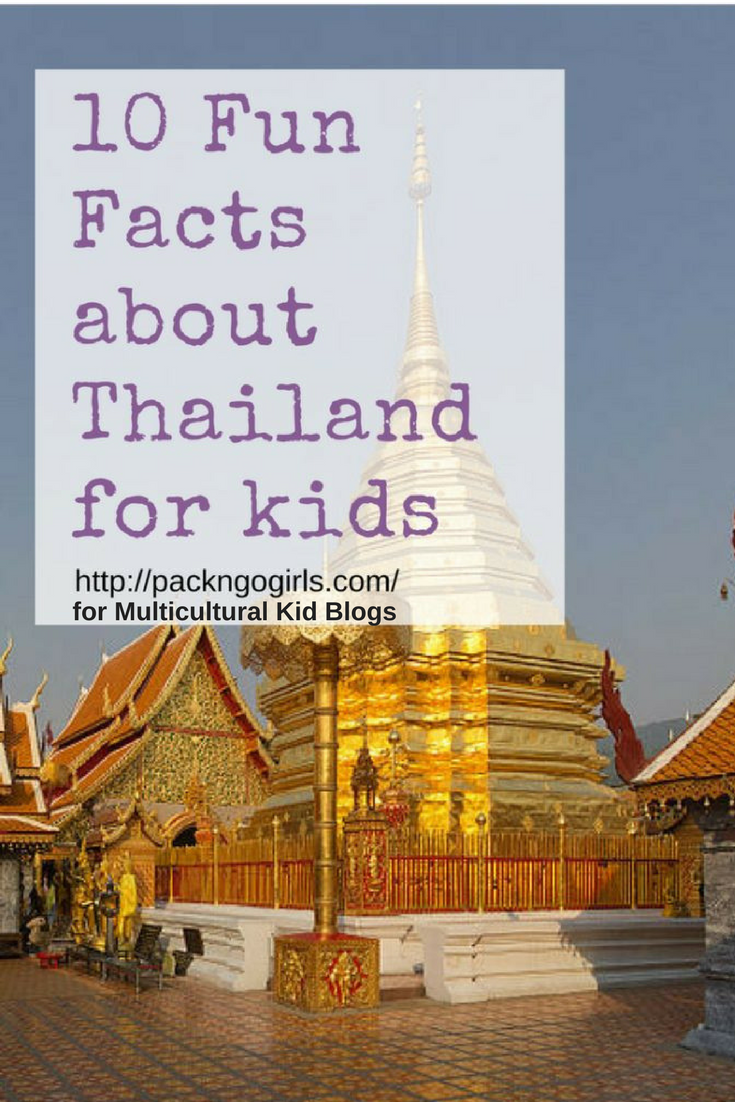 Thailand, a country in Southeast Asia, is officially known as the Kingdom of Thailand. The name means “land of the free,” and in fact, Thailand has never been conquered by another country.

Until 1939 (and again from 1946 to 1948) Thailand was called Siam. It borders the countries of Myanmar, Laos, Cambodia, and Malaysia. Thailand lies between the Andaman Sea to the west and the Gulf of Thailand to the east. The land in between has lush jungles and stunning beaches. In addition, Thailand boasts over 1,400 islands. It’s a stunning country to explore.

Learn more about this beautiful country through these 10 Fun Facts about Thailand for Kids, a few of which were provided by my friend Dana Graber Ladek who is the Chief of Mission in Thailand for International Organization for Migration. You can start learning about Thailand by downloading this free printable and discovering more about the Thai flag. 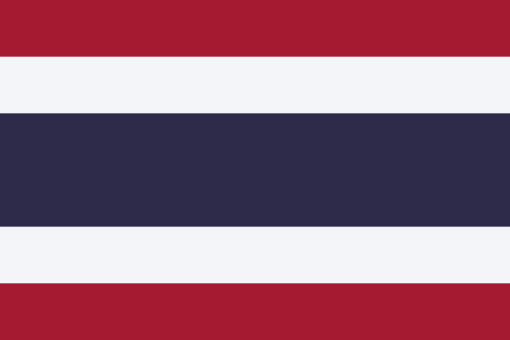 1. Traveling around Thailand is full of thrills and chills.

Whether you go via an elaborately decorated cab, on a motorcycle (sometimes you’ll see a couple of adults and two or three children on one), or in a tuk tuk (a three-wheeled motorized version of a rickshaw), traveling is always an adventure. Thais drive on the left side of the road like in Great Britain, India, Japan, Australia, and South Africa. So if you’re from a part of the world that drives on the right side, traveling in Thailand is even more exciting. 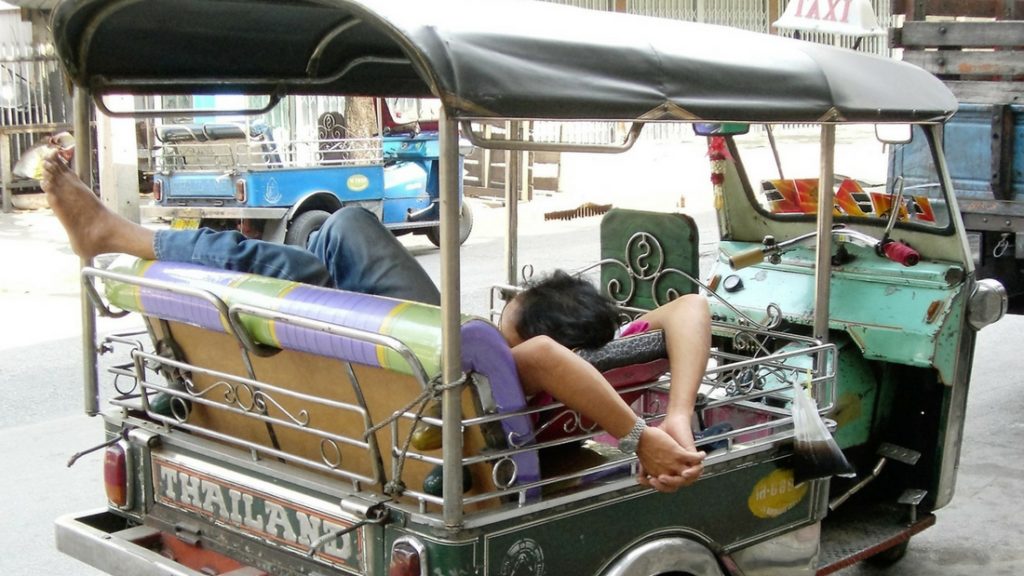 2. Statues of Buddha and Buddhist temples are everywhere.

Thailand is filled with statues of Buddha and over 35,000 Buddhist temples. Visitors to the temples are welcomed, but it’s important to dress modestly, which means no shorts or sleeveless shirts. 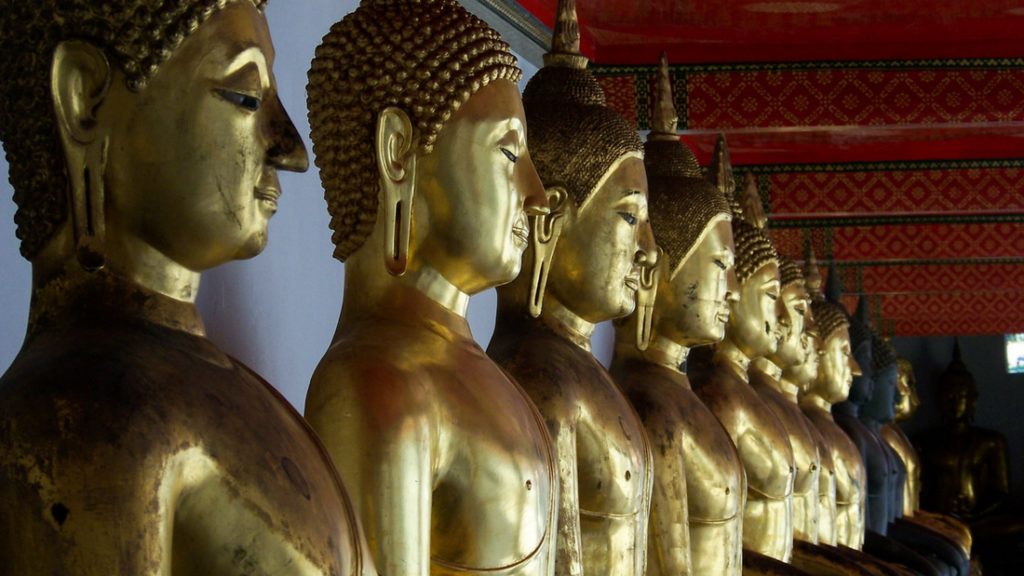 3. The real name for Bangkok is long and complicated.

Most of the world knows the capital of Thailand as Bangkok. It’s short and simple to pronounce. However, the official name of the Thai city is much more complicated. In fact, it’s the longest place name in the world. Check out this video of the pronunciation of the name and the interpretation of it. You’ll be glad that the name will never show up on a spelling test! 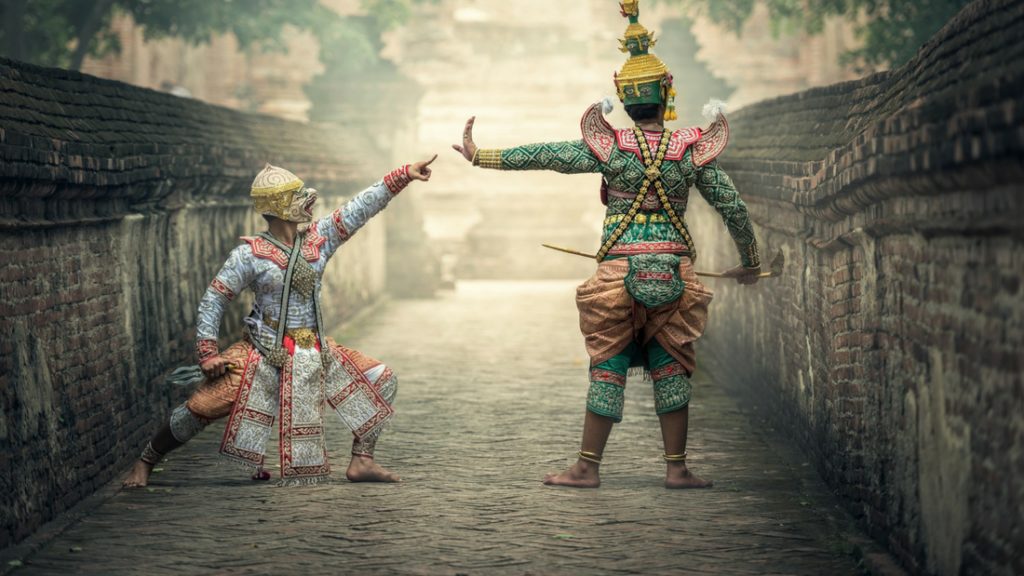 4. Thai street food is the best!

Hungry? Thailand is known for its fabulous street food. You’ll find delicious Thai favorites such as grilled meat skewers, fried chicken legs, som tam salad, and loads of noodle dishes. If you’re more adventuresome (and aren’t we all?), try the grilled chicken intestines, fried insects, and even fried scorpions. If you don’t make it to Thailand this spring, you can still make this easy recipe at home for sticky rice with mangos, a street food favorite. 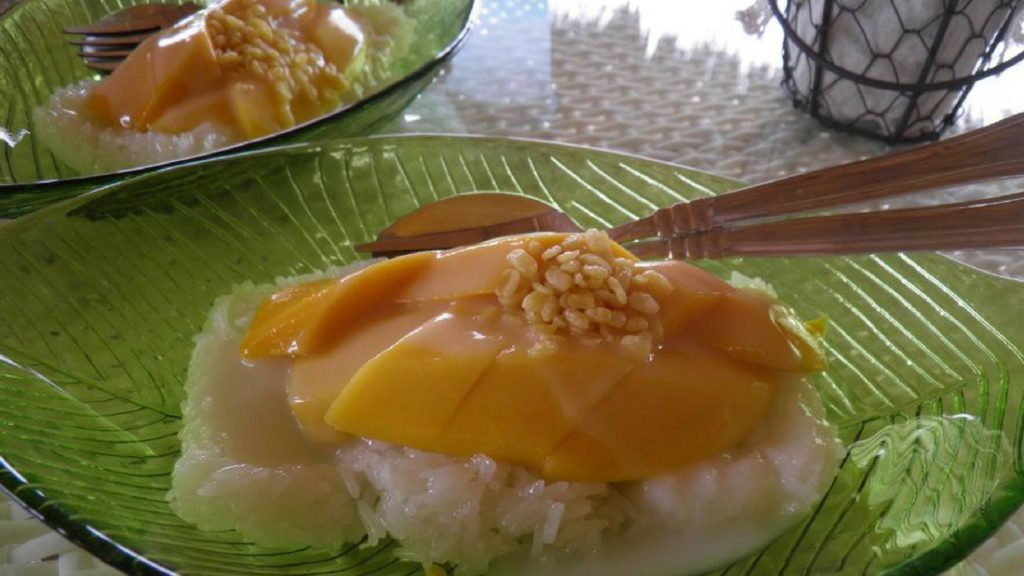 5. Thais pay attention to the head and feet.

Thais consider the head to be the most important part of the body. To show respect, Thais do not ever touch someone on the head, even a child. When they meet someone older, they bow their own head slightly to be respectful. In contrast, feet symbolize an attachment to the earth, which is a cause for human suffering. Consequently, Thais always tuck their feet under their bodies. They would never show the soles of the feet to another person or even to a statue. 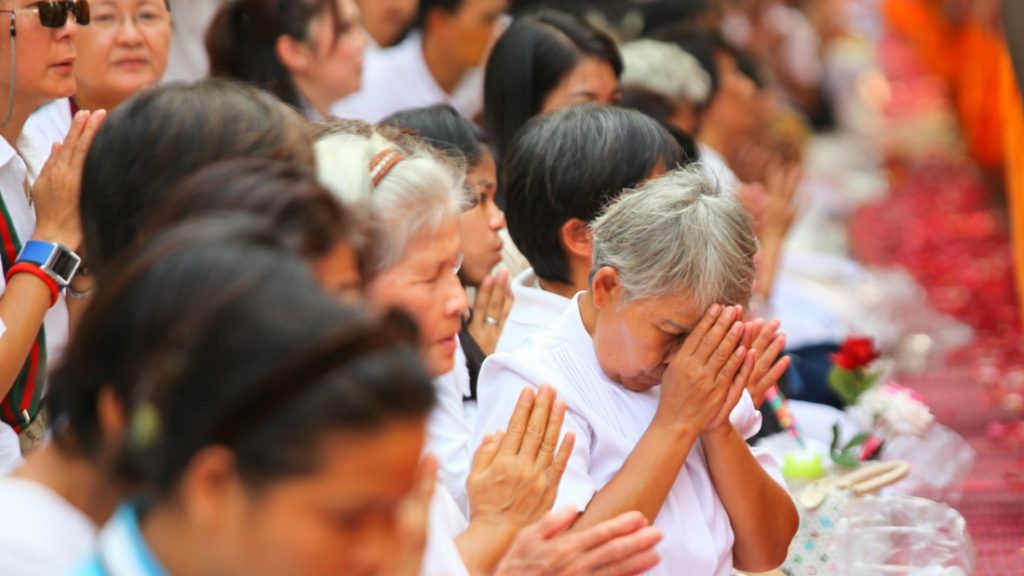 Thais have a special place in their hearts for elephants. If you look at the shape of Thailand, it even resembles an elephant’s head. A hundred years ago, Thailand was home to over 100,000 elephants. Today the number has dwindled to 5,000. Over half of them are domesticated; the rest still live in the wild. Take this quick quiz to discover more. And then, have fun creating your own elephant craft. 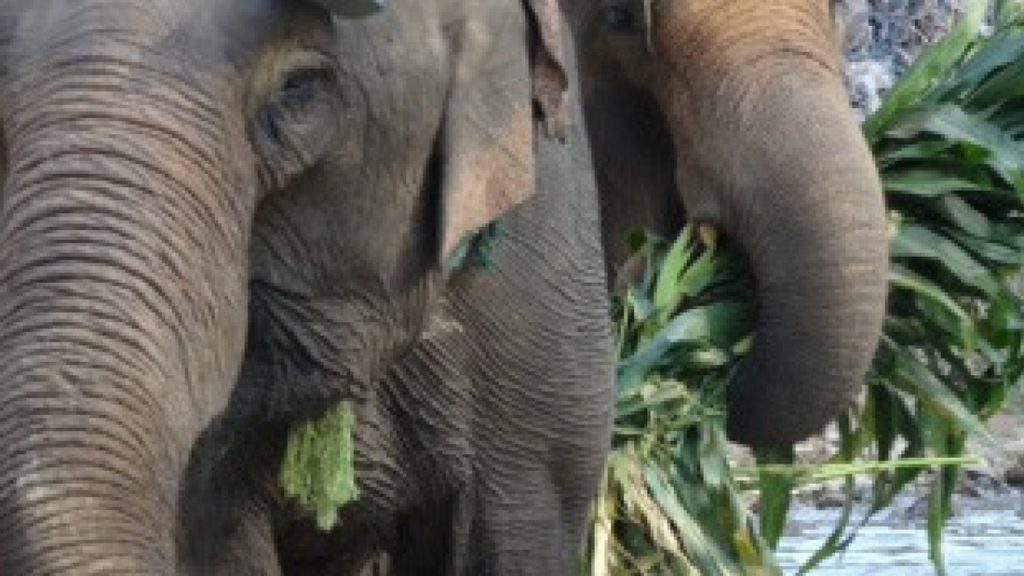 7. Most males learn to be a Buddhist monk.

Up until recently, all boys before the age of 20 spent time as a Buddhist monk, even if it was only for a few weeks. While this is changing, it’s still common. The belief is that it will make them better men. Females can also be monks, but it’s less typical. 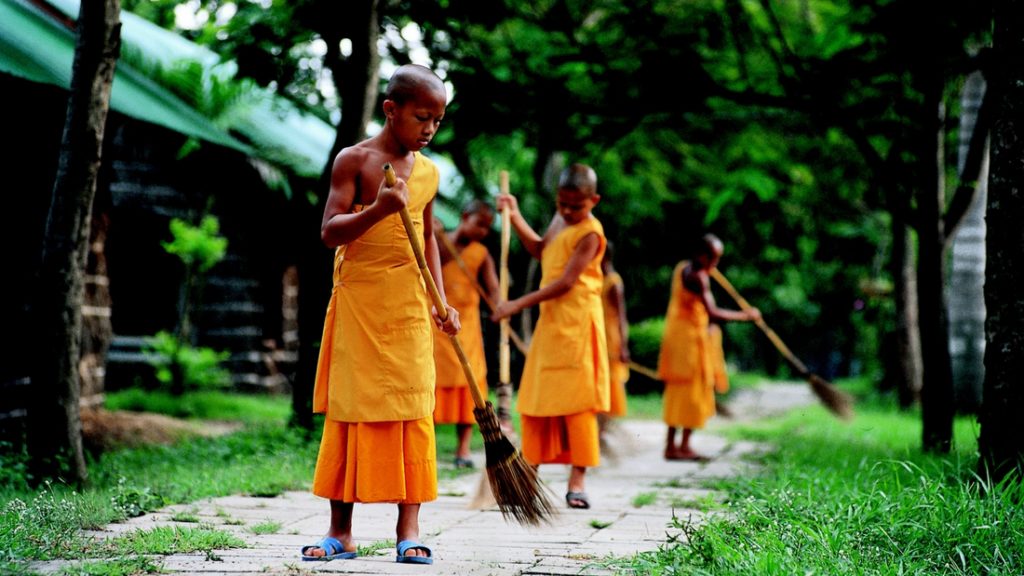 8. Thailand is filled with animals and birds. 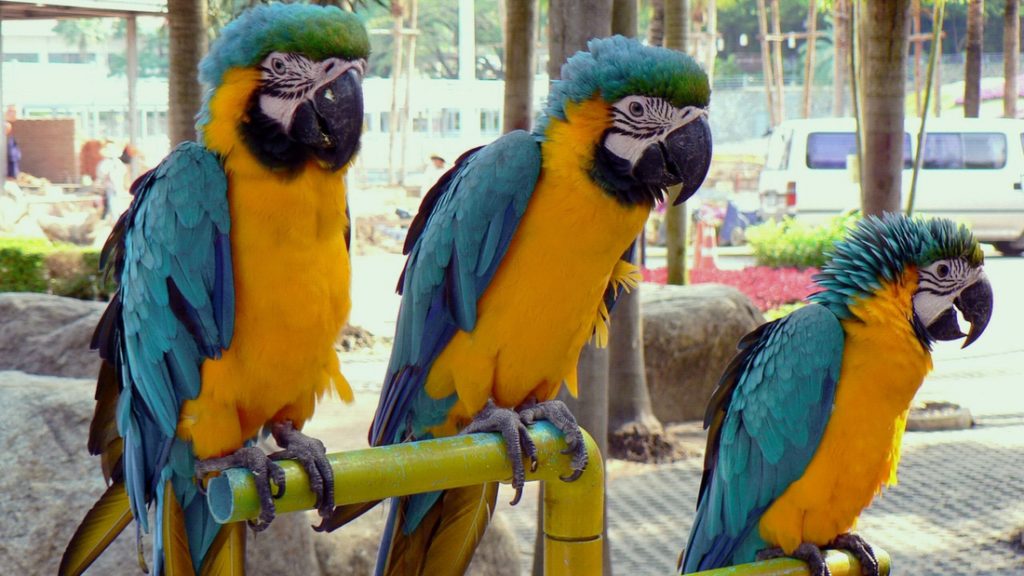 9. Thailand is known for orchids.

Thailand is the top orchid producer in the world. It is home to 1,500 different orchid species that grow in the wild. 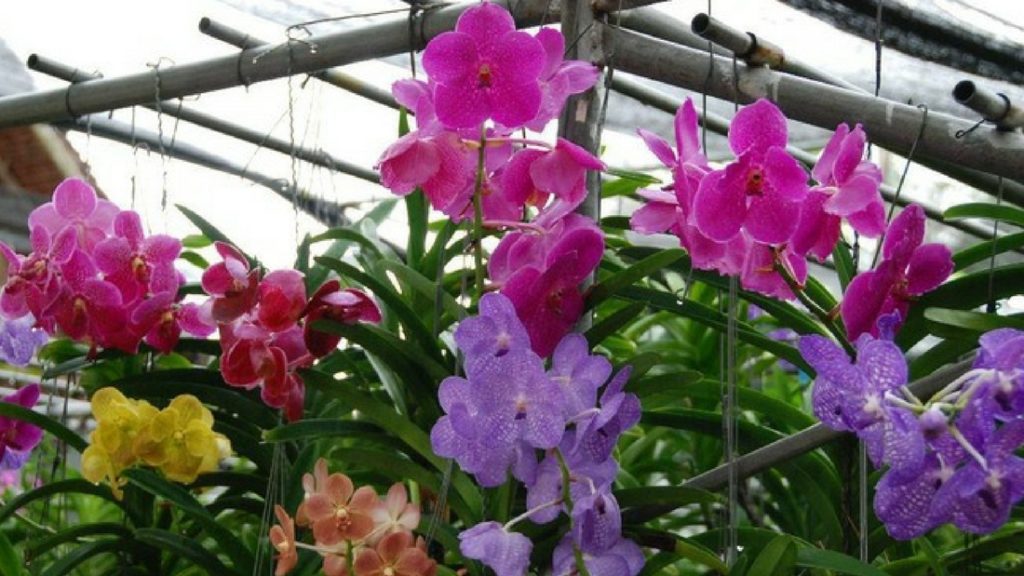 10. Thai is a complicated language.

English has twenty-one consonants and five vowels. In contrast, Thai has forty-four consonants and thirty-two vowels. To make it even more complicated, it has six tones, which means a single word can have multiple meanings. The language gives the new learner many opportunities for mistakes. Fortunately, Thais are very tolerant — and appreciative — of anyone who tries to speak their complicated language. 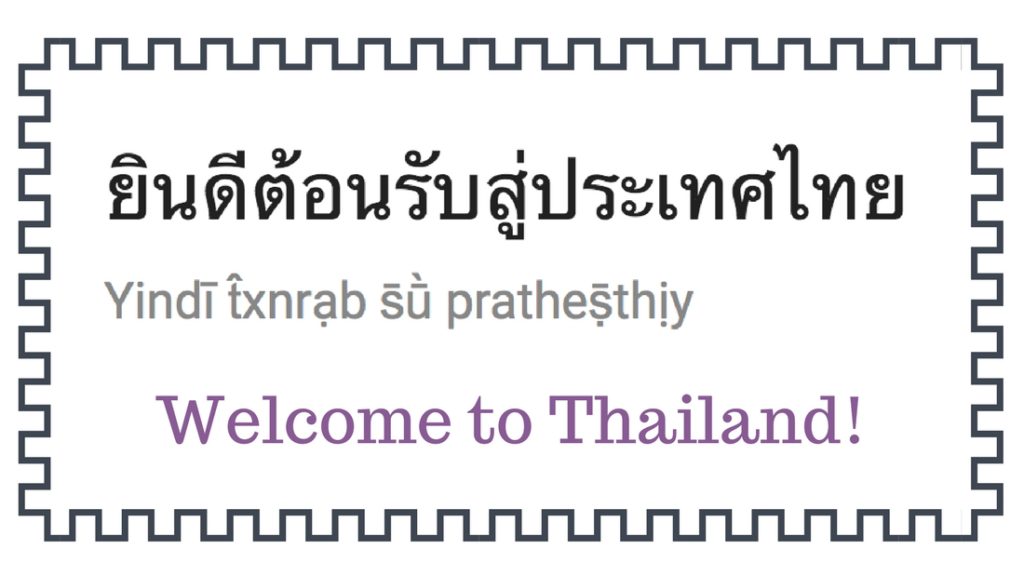 4 Ways to Explore Myanmar With Kids 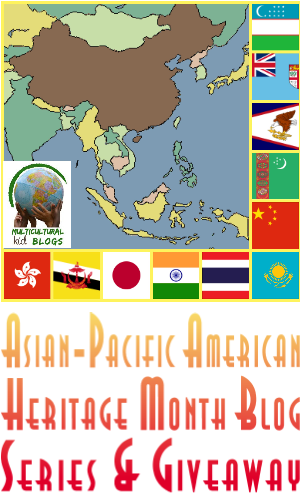 Welcome to our fifth annual Asian-Pacific American Heritage Month Blog Hop! Below you can explore ideas about sharing with kids the rich cultures of this vast and varied region.

For even more ideas, visit our blog hops from last year, 2016, 2015 and 2014. You can also follow our Asia and Australia & Oceania boards on Pinterest.

Bicultural Mama: 5 Ways to Use Chopsticks in the Kitchen

Kori at Home: Fun Facts About the Philippines for Preschoolers