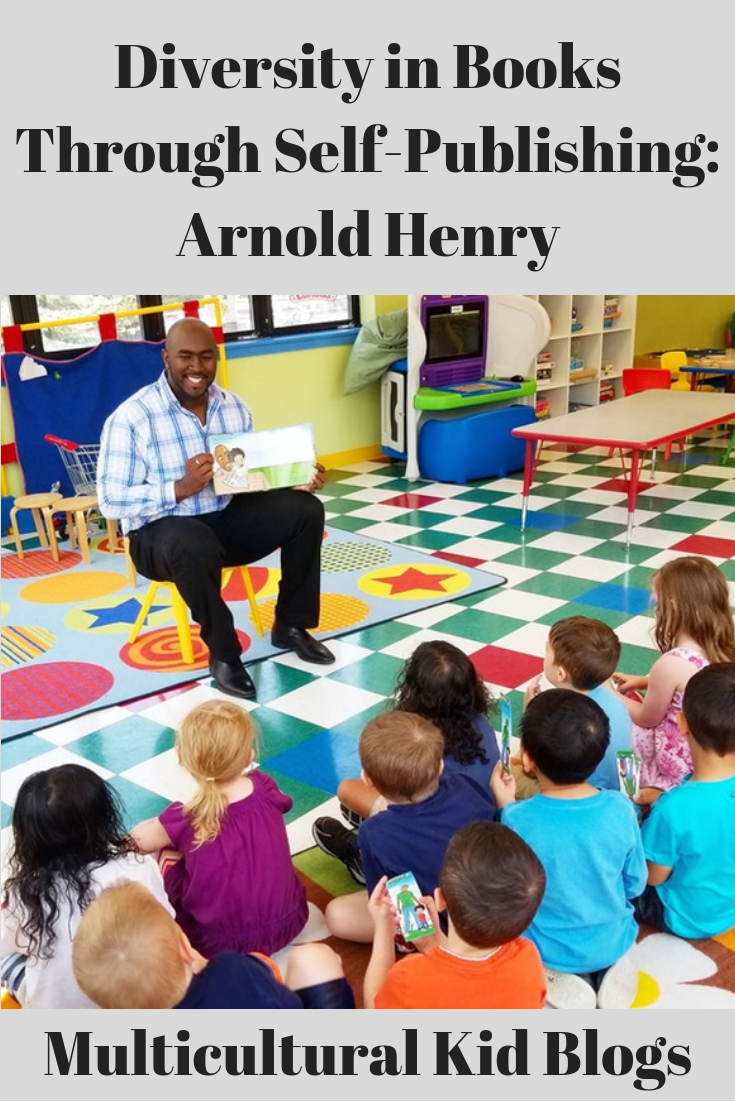 In 2018, Arnold Henry received a rejection letter from a literary agent who told him that despite loving the writing and illustrations, “However, in today’s market, stories about African American ‘fathers’ is a tough sell.”

In an effort to shed light on authors of color who are overcoming adversity in publishing and creating more space for diversity in books, I connected with indie author, Arnold Henry, who is currently launching on his second book on Kickstarter, Mommy’s Mini-Me, that features biracial characters and touches on universal themes of motherhood.

Disclosure: This post contains affiliate links. If you click through and make a purchase, Multicultural Kid Blogs makes a small commission at no extra charge to you.

Can you tell us a bit about you?

I’m a visionary. If I dream of a new dream, then I want to be the one who is in control of that outcome. After facing a few harsh rejections in the 34 years of my life, this is just a lesson I’ve had to instill in my mind.

Born and raised on the beautiful Caribbean island of St. Lucia, I discovered from an early age that opportunities were rare. I had to embrace all the moments that came knocking at my door. In 2003, I landed a full basketball scholarship and migrated to America where I would spend the next seven years.

Writing has always been therapeutic from an early age. It was my way of dealing with anger issues that derived from being brought up in a domestic violent home where my step-father was verbally and physically abusive to me and my mother.

Spilling my emotions onto paper also helped to ease the pain of my absent father. Today, I’m using my writing, my experiences and all social media platforms to encourage and promote fatherhood.

Authors of color are definitely underrepresented in traditionally published literature in the US. Was this agent’s response to you your first or only encounter with racism and publishing?

As far as the publishing industry, this was my first time receiving any rejection letter to this extent. I’ve had others in the past, but they’re usually a sentence or two, simply saying that they weren’t interested in my project.

Truthfully, this was an eye-opener for me as a black author because I’ve always tried to live my life with unity and love for all cultures and backgrounds.

I was saddened by the content of the message; however, exposing this rejection letter to the internet helped me to educate myself on this matter, but more importantly, helped me to connect with, and sympathized with others who had to similar experiences.

The crazy thing is, the message in my book, Daddy’s Mini-Me

is something to which all fathers can relate. It is about the proud moments of a father as he cheers on the early developmental stages of his baby.

I’ve had a few encounters of racism while I lived in America. In 2003, near my prep-school in Woodstock, Virginia, a clerk chased me out of a convenience store for no apparent reason. In that same town, a group of young white adults tried to run me over with their car, sped off, and shouted, “Get out of our town, N*****s!”

Racism wasn’t something I encountered until I faced it in America.

Lately, I’ve been flagged by a few members of the black community for the woman who I fell in love with and married.

Apparently, to some, I shouldn’t promote black fatherhood because my son is biracial. Also, I shouldn’t be considered a black business since my wife is a white woman. These were just a few of the nasty and ridiculous comments found on my Instagram or Facebook threads.

Still, I choose to spread love.

Can you tell us more about your experience taking a year off work to be a full-time father? What surprised you the most from that experience?

On the birthdate of my son in November 2014, I fell in love. It was a magical moment in that delivery room, glancing at son’s eyes, vicariously living through him while envisioning a revision on what having a real father looks like. Totally in love, I wanted nothing more than to experience all of his first moments.

It was important for me to set an early example that Daddy will always be around. The biggest realization was communicating with a smaller being who couldn’t talk back and having to guess what they need. I discovered that a baby’s cries meant so many different things: a diaper that needed changing, a baby who was hungry, a baby who was sleepy, etc.

What do you wish other fathers knew who might never get the chance to stay at home with their babies?

I barely knew myself all my life but fatherhood introduced me to a much better man in me. I’m not just living for myself anymore. I have a bigger purpose, a little man who looks up to me for guidance and protection.

I have an opportunity to help shape our world into a better place by sharing what I’ve gained to my son. It is so rewarding being present and seeing the growth of the seed I’ve planted. Being a father brings, not only happiness to me, but to my son who calls me his best friend.

Can you explain a bit about your second book, Mommy’s Mini-Me, and the messages you hope to send to kids and their families? 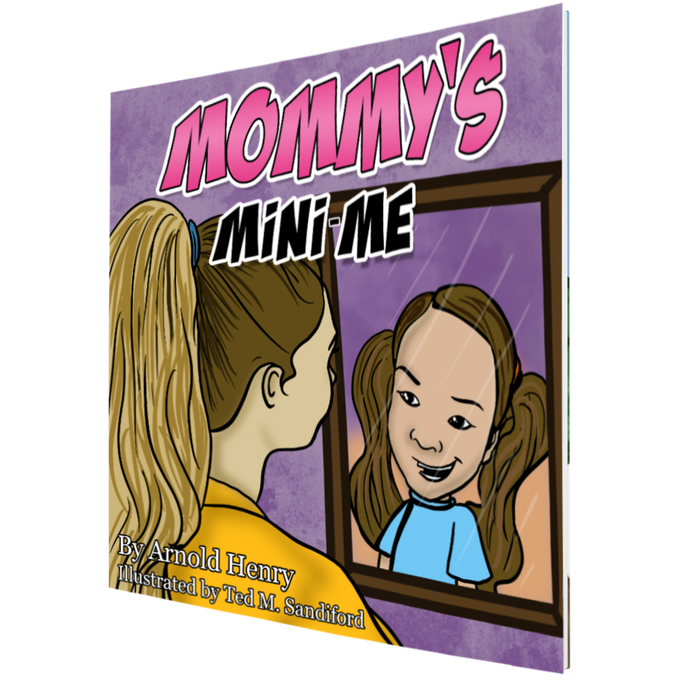 After the publication success of Daddy’s Mini-Me, I had to create a story due to the popular demand from the ladies. Mommy’s Mini-Me is an inspiring story of a young girl who becomes empowered by her mother’s wisdom.

It is one of these early children’s stories that all mothers will feel so proud of reading to their baby girls. The story was inspired by my wife who is such a devoted mother and an awesome human being. She is strong, independent, hardworking, beautiful, loving, caring, and the list goes on.

Is there anything else we should know?

Ever since publishing Daddy’s Mini-Me

, I have volunteered my time to share my story at daycares and schools in my city, surrounding areas and even in my birth country of St. Lucia. In total, I’ve visited up to 74 and I’ve read my story to thousands of children.

It is always a humbling feeling whenever I received positive feedback from the parents and their teachers. I’m so grateful for all the support within the past year.

Be sure to pre-order Mommy’s Mini-Me on Kickstarter before the March 14 deadline. 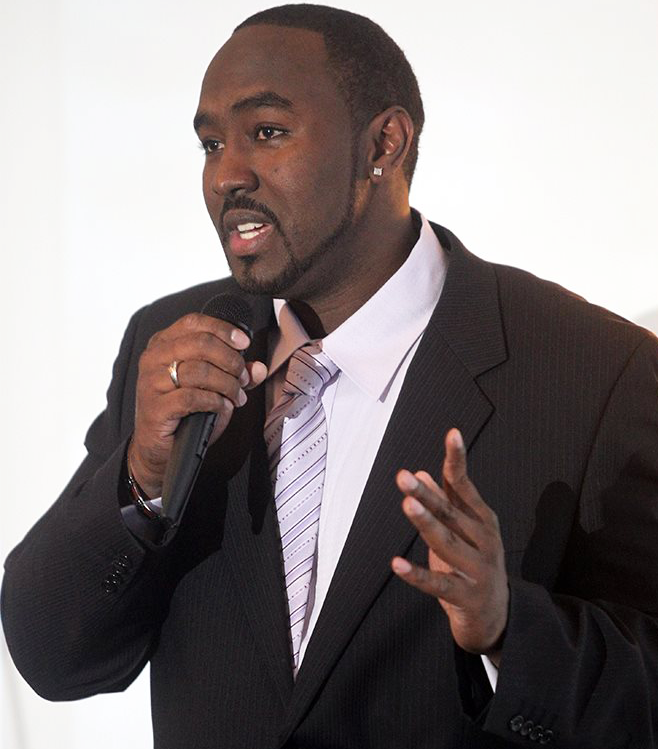 Arnold Henry is a former NCAA Division I basketball player, nonfiction author, and motivational speaker. Originally from the Caribbean island of Saint Lucia, Arnold Henry has held multiple book signings and speaking engagements in Canada, England, Mexico, and Saint Lucia. Arnold now lives in Alberta, Canada with his wife and their son. More information can be found on his website: arnoldhenry.com

Black History Month: How it Matters to Us

5 Diverse Back to School Books

Multicultural Children’s Books Are Seriously Important and Here’s Why