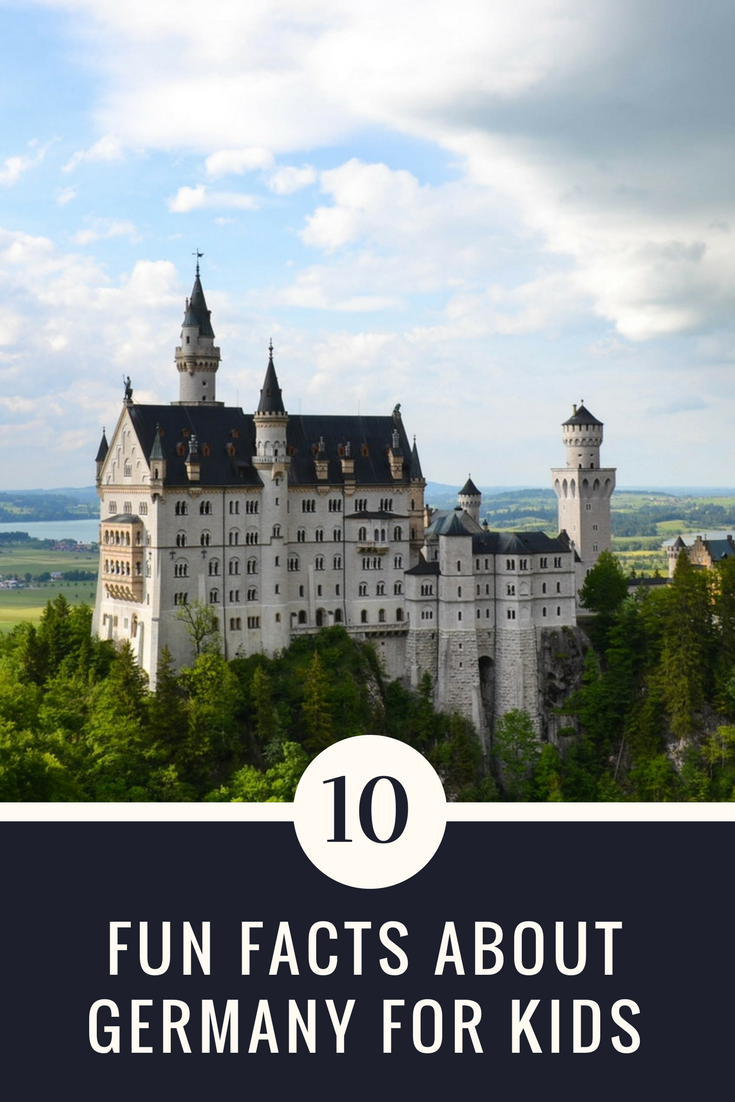 Germany, officially known as the Federal Republic of Germany, is made up of 16 states. With 82 million inhabitants, it is the most populous country in the European Union. Its location in the heart of Europe means that Germany shares borders with as many as nine countries. Learn more about the land of poets and thinkers (Das Land der Dichter und Denker) through these 10 fun facts about Germany. And keep an eye out for the suggested activities to find out even more! 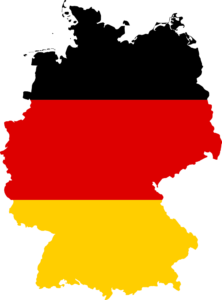 10 Fun Facts About Germany for Kids

#1 Germany has had several capital cities

Throughout Germany’s long and winding history, the center of power has shifted numerous times. During the medieval Holy Roman Empire, the kings of the Germans were crowned in Aachen. In 1815, Frankfurt-am-Main became the unofficial capital of the German Confederation. With the completion of the unification of Germany in 1871, Berlin was named as the first official capital.  Shortly after the First World War Weimar briefly served as the seat of the government. But after the Second World War, the capital of West Germany was Bonn while East Berlin remained the capital of East Germany. Since the reunification of Germany in 1990, Berlin is once again the capital city of Germany.

#2 The country’s most popular attraction is a model railway

Germany’s most popular tourist attraction (at least, according to TripAdvisor) is located in the port city of Hamburg. It’s the Miniatur Wunderland, the world’s largest model railway and one of the most extraordinary museums on the planet. The ‘miniature wonderland’ is made up of nine intricately detailed theme worlds connected by 15,400 meters (over 50,ooo feet) of railway tracks. In addition to over 1,000 trains comprised of more than 10,000 wagons, the museum has a functioning airport, thousands of self-driving cars, and ships floating in real water. The miniature worlds are home to over 260,000 figurines, each carefully set in the scene among magnificent buildings and gorgeous landscapes.

#3 It’s the birthplace of printed books

Back in the 15th century, when Germany was known as the aforementioned Holy Roman Empire, a goldsmith called Johannes Gutenberg created the first printing press. His invention revolutionised the world, making books widely available for the first time in history, spreading knowledge and ideas. Two centuries later, in 1663, the world’s first magazine was also launched in Germany. To date, the country is one of the leading book and publishing nations of the world.

Activity: the German language is known for its extraordinarily long words. Try to read out loud the longest word that has ever been published, it’s 79 letters long! Donaudampfschifffahrtselektrizitätenhauptbetriebswerkbauunter-beamtengesellschaft

P.S. It means: Association for subordinate officials of the head office management of the Danube steamboat electrical services

#4 The Germans are great inventors

Speaking of great things invented in Germany, the country prides itself with a number of inventions that modern life would be unimaginable without. These include, but are not limited to, motorcycles, automobiles, helicopters, and jet engines, light bulbs, televisions, pocket watches, contact lenses, as well as x-rays, aspirin, and insulin. Furthermore, more than 100 Germans have been awarded the Nobel prize for achievements in their fields.

#5 Germany hosts the biggest folk festival of the world

Who hasn’t heard of the Oktoberfest? Held in Munich, Bavaria, the fun fair and beer festival welcomes around six million visitors every fall. The celebration dates back to 1810 when the Bavarian crown prince Ludwig held large festivities in honor of his wedding. Nowadays the Oktoberfest is so popular that other cities around the world hold their own Oktoberfest celebrations. Fun fact: despite what its name might suggest, the festival actually begins in mid-September.

#6 The Germans are great football players (and fans)

Yes, you read that right, football not soccer. The Germans love their Fußball and boast more fan clubs than any other country. Germany’s national football team, nicknamed Die Mannschaft, is currently ranked as the number one in the world. They have won the World Cup four times and the European Championship three times.

Activity: Do you know any German football/soccer players? And can you find who the official mascot of the German team?

#7 Germany is a country of stunning landscapes

The country has 16 national parks encompassing natural beauty from coastal scenery s in the North to the Alpine wilderness in the South. Germany’s 104 nature parks cover a quarter of the total land area, allowing visitors to enjoy the diversity of nature here. Furthermore, there are 15 UNESCO-biosphere reserves, and nearly 700 zoological gardens, aquariums, wildlife parks, and animal reserves. Berlin’s Zoologischer Garten is the largest zoo in the world!

#8 German food is more than just beer and sausage

Germany is known around the world for its beer and sausage (there are indeed thousands of varieties of each), typically accompanied by some Sauerkraut. But there is so much more to the country’s cuisine. There are over 300 different types of bread, and the German bakeries also produce mouthwatering cakes and pastries. The seas and the lakes provide plenty of fish and every city has numerous farmer’s markets offering freshly picked fruit and veggies.

Starting elementary school is a special event, made even more so in Germany where each child receives a Schultüte. The ‘school bag’ is a giant paper cone, brightly decorated on the outside and filled with goodies. The parents, and sometimes also grandparents, fill the cones with little gifts, sweet treats as well as school supplies. This tradition dates back to the early 19th century.

Activity: search the internet for “Schultüte” to see what they look like. What would you like to find in yours, if you received one?

#10 You can visit the real Disney castle

The Neuschwanstein Castle in the hills of the Southwest Germany served as the inspiration for the Sleeping Beauty’s Castle in Disneyland. The stunning palace was built in late 19th century by Ludwig II of Bavaria and is a homage to the German composer Richard Wagner. The palace was not finished before the king’s death, only 15 of the planned 200 rooms were completed. Today Neuschwanstein is one of the most popular tourist destinations in Europe, some days welcoming as many as 6,000 visitors from across the world.

We hope you enjoyed these fun facts about Germany!

Family Travel Guides from Around the World

10 Fun Facts About Latvia for Kids

Fun Facts About Poland for Kids