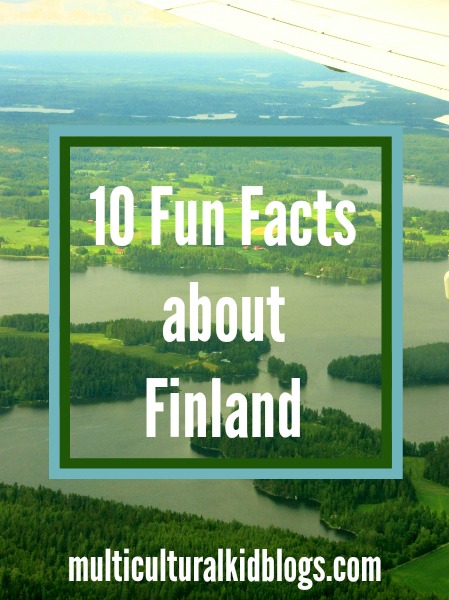 What do Santa Claus, the Moomins and Angry Birds all have in common? Yes, they are all great fun and kids love them, but they also all come from Finland. Finland is a country located in northern Europe next to its Scandinavian neighbours Sweden and Norway in the west and Russia in the east. 2017 is an important year for Finland. It is celebrating its 100th anniversary as an independent country.

1. Finnish is a quirky language

The Finnish language differs from other European languages as it is related only to Estonian and remotely to Hungarian. It is a vowel-rich language which is characterised by the frequent use of endings. Take for example the word ‘talo’ for ‘house’, you can extend it to ‘talossa’ to make ‘in the house’, add on some more: ‘talossani’ and you have ‘in my house’, continue with ‘talossanikin’ and you get ‘also in my house’. You could go a bit further and say ‘talossanikinko?’ to make it a question: ‘also in my house?’ – but even a Finn would say that was stretching it a tad too far.

Extra fun fact: According to the Guinness Record Book, ‘saippuakivikauppias’ is the longest one-word palindrome found in any language, i.e. it reads the same backwards and forwards – it’s Finnish for ‘soap stone merchant’.

Not to forget: Finland has two official languages, Finnish and Swedish, which is spoken as mother tongue by 300,000 Finlandswedes, who live mainly on the western and southern coasts of Finland and on the Åland-islands.

Activity: Just for fun – find out how to say ‘in the evening on the bridge’ in Finnish (google translate may not always be perfect, but does get this one right!)

2. Kalevala – the Finnish national epic, where battles are fought through song 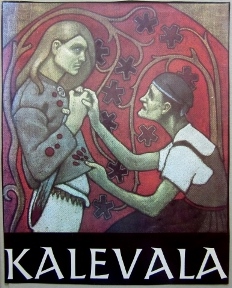 Bloody battles fill the national epics of most countries. In Kalevala, the Finnish national epic, the feuding adversaries take a different approach. First they try to outwit each other with knowledge. The main character Väinämöinen then refuses the use of swords. Instead he and Joukahainen battle using spells and songs. In the end Väinämöinen wins by singing his opponent into the moor. I think the world could learn something from this way of resolving conflicts!

Activity: Read about their feud in the English translation of the Battle of the Song. 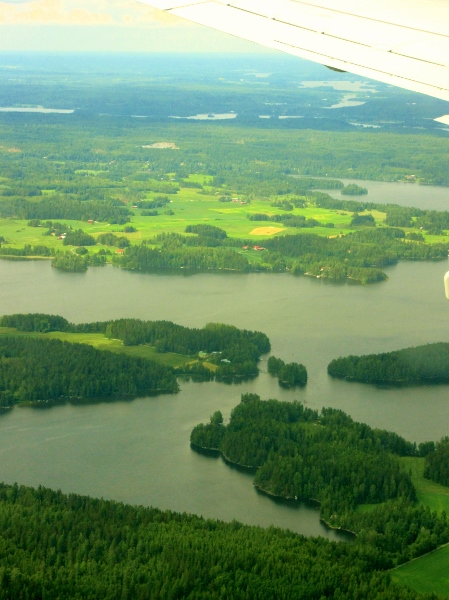 Forest covers more than three quarters of Finland, so whenever you travel from one town or city to another you will have the chance to admire the greenness. Finland is also called the ‘country of a thousand lakes’ but this is a serious underestimation as the correct figure is closer to 190,000! Finns love their lakes and consequently many families have a lake house where they spend their summer holidays. Islands are almost as abundant as lakes (close to 180,000) and you can find many of them in the beautiful archipelago on the southwestern coast.

Activity: Zoom in on this map of Finland to see the abundance of lakes and islands!

Not surprisingly, Finns are very close to nature and this is reflected in the ‘Everyman’s Right’ to access nature. This means that anyone can freely walk (or ski!) in the forests, along the rivers and across the moors and hills. You are also free to fish with a rod and pick all the berries and mushrooms you find. Bilberries (small, strong flavoured blueberries), lingonberries and cloudberries are the most common ones. With mushrooms you do have to know what you are gathering – the safe bet is to look for the brightly colored, delicious chantarelles which cannot be mistaken for any poisonous varieties.

Activity: Which one of the Finnish National Parks would you like to visit?

When you travel north from the capital Helsinki, through all the forests and past all the lakes, you eventually reach the Arctic Circle and Lapland (where Santa lives). If you happen to be there between early June and early July you will experience the “nightless nights”, a period when the sun does not set at all! The reverse happens in the winter when the sun does not show up for a month – however, thanks to the snow cover you still get a light blue sheen so it is not pitch black. Even in the south of Finland the summer nights are very light and you can easily read a book without artificial lighting throughout the night, if that’s your thing.

Activity: Find out the dates for midsummer and midwinter solstices!

6. A sauna in every home

‘Sauna’ is the only Finnish word that has made it into the vocabulary of many other languages. Not without a reason, though! Finland only has 5.5 million inhabitants but there are about 3.2 million saunas in the country. You can safely say that every home has a room where you can have a steam bath.

Activity: Do you know of any word in your language which has made its way into some other language?

7. Finland is big on equal rights for all

Finland has always been at the forefront of improving women’s and children’s rights. In 1906 Finnish women were given the right to vote as well as to stand for national elections. In 1907 the worlds’ first 19 female members of parliament started their work in Finland.

Any form of physical punishment of children, both inside and outside the home, was made a criminal offence in 1984. When this gets mentioned in international parent groups the usual reaction is:“This would lead to chaos!” – but Finland has successfully enforced the law for more than three decades!

Finland is known for being a high tech country and Finns consider access to the internet an essential requirement for everyday life. In 2010 a law was introduced which guarantees everyone, even those living in the remotest parts of the country, access to a decent internet connection.

Activity: Are you familiar with the United Nation’s Convention on the Rights of the Child?

Of course, there are cots for babies in Finland, but many still spend their first three months in the cardboard box that holds the contents of the maternity box, a gift to new-borns, which the Finnish government presents to every baby.

Activity: Depending on the culture and climate, in other countries different items would be included in a baby box – what should go into the box in your country?

Finnish educators strongly believe that children should spend a lot of time playing. Children go to school at the age of seven and only do half days to start with. (Schools arrange after-school play groups so parents can pick up their kids after work.) After 45 minutes of class there is a 15 minute recess. Everybody gets a free nutritious meal.

Teachers are very respected and trusted in Finland and are only given general guidelines as a curriculum. They set the tests to suit their own pupils and there is only one national test at the end of high school. There are no school league tables and children attend the school closest to where they live. Private schools are a rare exception. The Finnish system goes against the grain of most other developed countries, but Finnish school children consistently score highly in the PISA tests.

Activity: Chain, Crab Ball, and 12 Sticks on a Board are games that Finnish children play during the recess – try them with your friends!

Milk is a big hit among children and they usually drink it with every meal! Bread and butter is also always offered alongside lunches and dinners and hearty rye bread is everyone’s favourite – white bread is clearly in the minority.

Although the coffee bean is not a native plant to Finland Finns are the world’s top coffee drinkers. How that came to be is a bit of a conundrum!

Check out more Finland facts and information (with some stunning pictures)

What does a day look like for a Finnish 11-year-old?

American teacher’s blog about teaching in Finland: Taught by Finland

Here you can find the PISA science test for schools in 90 languages (including Finnish!)

10 Fun Facts About Latvia for Kids

10 Fun Facts About Portugal for Kids

Owner at Talkin' Ltd t/a multilingualparenting.com
Rita Rosenback is the founder of the Multilingual Parenting site, author of “Bringing up a Bilingual Child” and a Family Language Coach helping multilingual families. She also gives talks and holds workshops for parents and teachers on the topic of bilingual children.