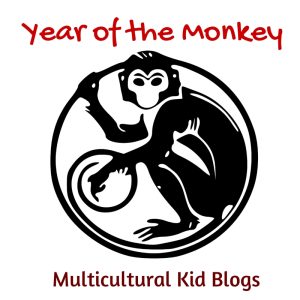 The Chinese New Year, also known as the Lunar New Year, starts on February 8. Let’s talk about what to expect in the Year of the Monkey.

The date, based on the Chinese lunar calendar rather than the Gregorian calendar, changes each year but typically falls between mid January to mid February. Chinese New Year is the biggest holiday in China. The celebration lasts 15 days, and in places that celebrate it (including China-towns around the world), businesses often close during this period.

Chinese New Year celebrates a year of hard work and a wish for a new year of prosperity. The holiday is celebrated not only in China but also in Korea, Vietnam, and by some people in Thailand and Singapore. People commemorate this holiday by getting together with family and friends while eating cakes and other symbolic foods and passing out red envelopes filled with money to children.

Many of the traditions are in place to start the new year on the right track. New clothes are purchased to represent a fresh start.  People wear red as it symbolizes fire which is believed to ward off evil spirits and get haircuts so that the evil spirits will not recognize them. Children especially love watching the dragon dances and firecrackers. The loud drumming from the dance and exploding sounds from the firecrackers are also thought to chase away the evil spirits.

Here’s what to expect in the Year of the Monkey.

What to Expect in the Year of the Monkey

Happy Year of the Monkey! Hope it is a prosperous one for you and your family!

Maria Adcock is the founder of BiculturalMama.com - a site covering multicultural parenting with a focus on Asian American culture. She is the author of "It's Chinese New Year, Curious George" (January 2023). Maria lives in New York with her husband and two children.