Toyama prefecture isn’t a typical place for overseas tourists to visit.  Toyama city is considered an industrial city, and was bombed in WWII. Only a couple of buildings remain in the city center from before that time.  However, I love Toyama and found fun and interesting things to do almost every week on my days off when I explored the city and beyond.  There are definitely things that set Toyama apart that cannot be experienced elsewhere in Japan! 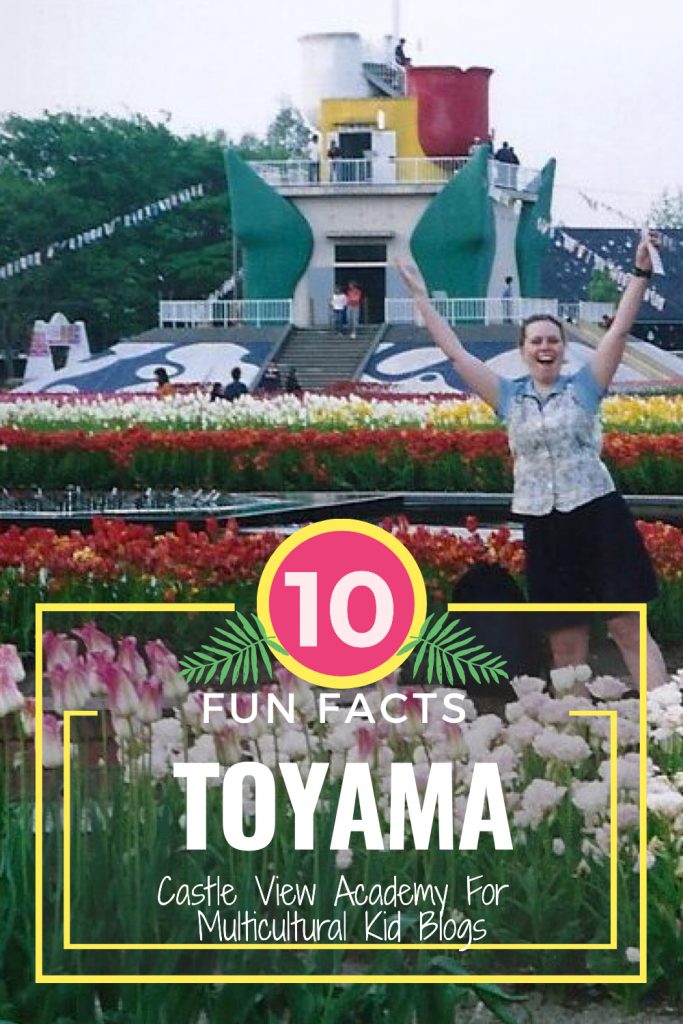 Toyama’s ( ) meaning in English translates as “rich in mountains,” and this certainly is the case, with the majestic Japanese Alps looking down on the prefecture from one side and the Sea of Japan bordering the other. As you’ll find from these interesting facts and places, mountains are indeed a rich part of the culture in the area.

No, Toyama isn’t famous for the chocolate bar of the same name.  It is famous, however, for a mirage that appears over Toyama Bay. This mirage can be seen from the town or Uozu. April and May are the best time to catch the mirage as the spring air temperatures mix to create the perfect conditions. If you see it, you will be very lucky, as I have friends who have lived their entire lives in this town and have yet to see it themselves. If you’re in Uozu, do stop by the aquarium as it’s a good place to spend a couple of hours.

When I lived in Toyama prefecture, little did anyone know that there were glaciers in the prefecture…but in 2012, 3 glaciers were discovered there – in fact they are the only glaciers in East Asia outside of Russia! That’s pretty spectacular and shows how much is still unknown about this great world we live in. 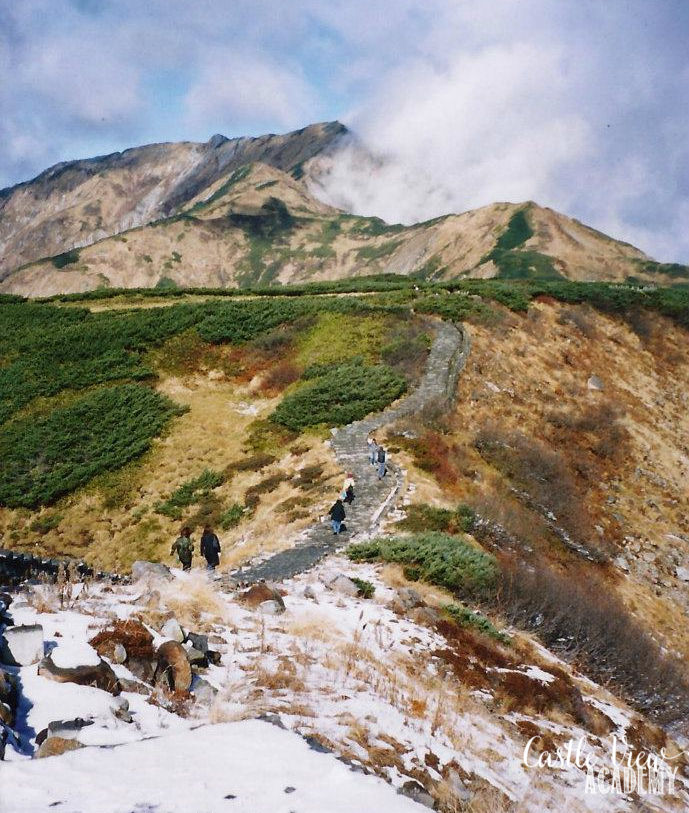 Toyama is known for its industrialism, so it may be surprising to some that 30% of its land area is devoted to national parks. Keep this in mind if you travel to Japan, because Toyama prefecture is often not thought of when travel plans are set, which means that it’s less crowded and its natural beauty remains more pristine than the overcrowded areas along the Tokyo-Hiroshima corridor.

Toyama has a unique form of snow clearance during the winter months. It doesn’t get terribly cold there so the snow doesn’t last long once it hits the ground, though it may last a couple of days where it hasn’t been cleared. Instead of using snowplows, little buttons on the sidewalks pop up and turn into sprinklers. These sprinklers spray water that melts the snow, which then drains into the gutters. I used to call these ‘water spiders’!

Some sprayed water only a couple of centimeters up, while others may have sprayed up to about 30-40cm high. My fear was that one would pop up unexpectedly while I was on my way to work or out at lunch and spray higher and I’d look like I’d not made it to the washroom in time and had an ‘accident.’ They were quite fascinating, and were only used in the Hokuriku region of Japan. 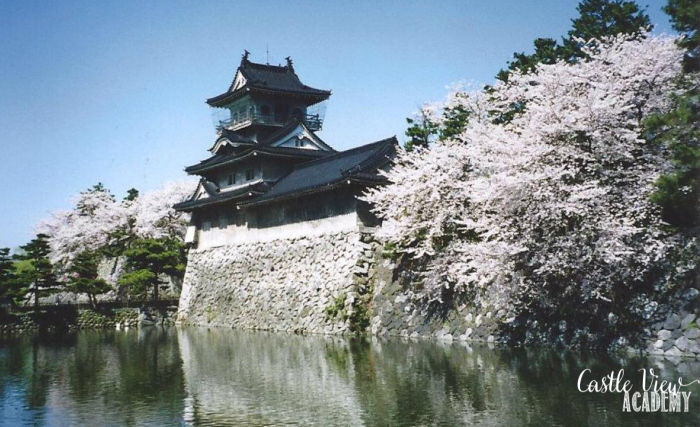 Toyama Castle is also known as the “Floating Castle” because the moat is fed by the Jinzu River. It was originally constructed in the 1500s, but was subsequently destroyed and rebuilt multiple times. Only the boat and stone walls remain from the original structure. The keep was last rebuilt in 1954. It’s interesting to see that the floors within are terrazzo-style, which is familiar to many who went to schools in North America. For about $2.00 you can wander through the museum inside. The castle grounds are relaxing and there is an art museum on the other side.

Toyama Bay is home to firefly squid. They light up the coast at a specific time of the year as they come near the shore to mate and the waves are alight in a blue glow. These little phosphorescent creatures are also considered to be a delicacy. Local restaurants serve them up in unique and tasty dishes! If you aren’t in the area at the right time of year to see the phenomena, you can visit the Hotaruika (Firefly squid) museum in Namerikawa to learn more about them, as Mom and I did when she came to visit me while I was teaching in Toyama. 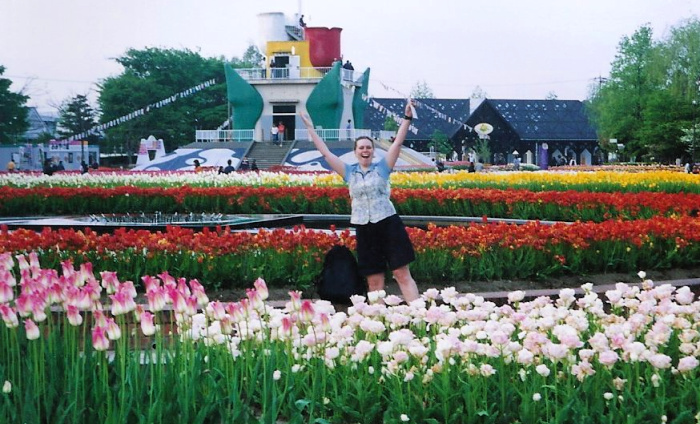 When one mentions fields of tulips in bloom, one often thinks of the Netherlands. Now, I also think of Tonami in Toyama Prefecture. In fact, I’ve been to the Tonami Tulip Fair twice. Tulips as far as the eye can see in fields all around in dozens of varieties, outside the gates. Within the fair, there are plenty of designs made up using only tulips. It happens in late April, so about a month after hanami (cherry blossom viewing season) when the weather is warm, but not yet too humid and uncomfortable. Just perfect.

There are many things in Japan that are considered to be ‘great,’ and this view from the Amaharashi Coast is one of them. On a clear day, there’s a beautiful view of the Tateyama Mountains (part of the Japanese Alps) in the background. In the foreground is the Sea of Japan and the famous Onnaiwa (“Woman Rock”), which is famously photographed. 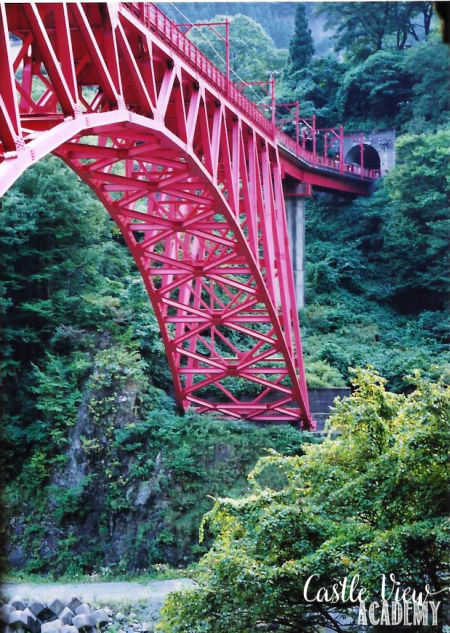 Kurobe Gorge is a beautiful place to spend a day and is considered a geological wonder.  Take an open-air rail car over bridges and along the sides of mountains, giving you a scenic view.  There are a couple amazing outdoor onsen in the gorge. One is on the side of a mountain, looking down into the gorge, and there’s another one at the end of the line where the snow doesn’t completely melt and can be seen year-round.  Access to Kurobe Gorge is only between April to November because the train doesn’t run in the winter and is the only way to travel in this area.