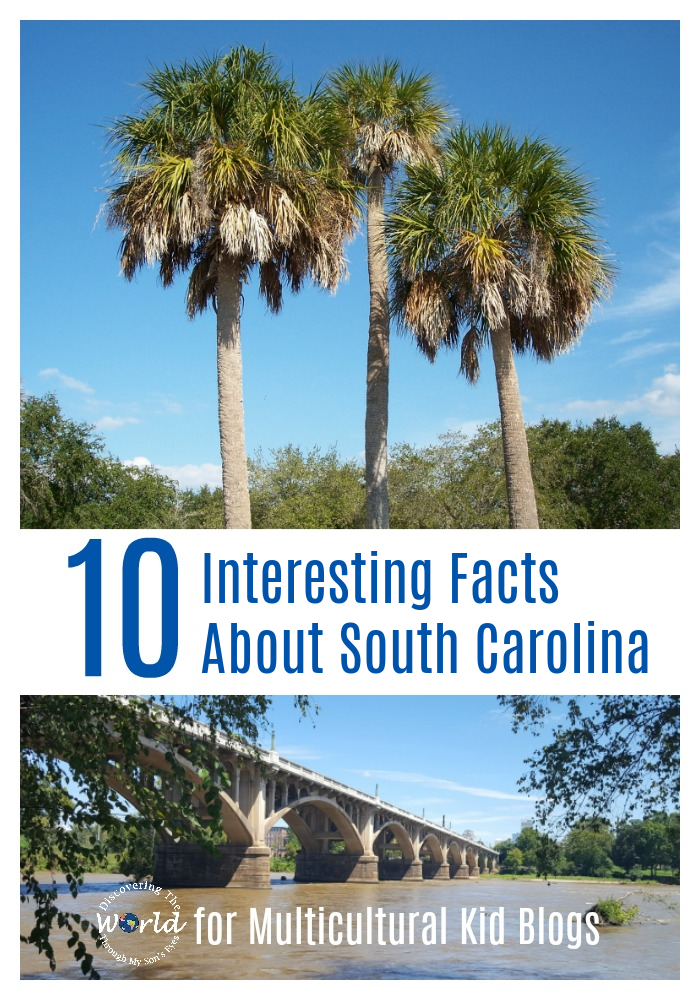 South Carolina is known worldwide for its famous beach called Myrtle Beach.  However, there’s more to the state than our famous beaches.

South Carolina is known as the Palmetto State. The word “palmetto” means “little palm tree.” It comes from the Spanish word “palmito” a diminutive of the word “palma” which is a palm tree.

South Carolina has very unique cuisine, with strong African influences. The low country boil originated in the Low Country area of the state. The dish, also known as Beaufort’s Stew, consists of boiled shrimp, sausage, corn, and potatoes. It’s customary to dump it all on a table covered with newspaper or a brown bag paper. Then, everyone eats with their hands. No utensils needed!

Enjoying the long weekend with a Southern favorite. On the menu Low Country Boil with lemon butter, served with rolls and for dessert a fluff pineapple cake with ice cream. (Check my stories out). . . This was dinner and I am feeling so proud of myself! My mother-in-law was raving about the dinner. I passed her seal of approval, especially since it was my first time making it. We covered the dining table with brown paper (instead of newspaper) and dumped the boil on it. . . Low Country Boil dish is also known as Frogmore stew, Tidewater Boil, and Beaufort Boil. . . Every coastal town seems to have their own version of this seafood boil.  Main two main ingredients, fresh shrimp and freshly-shucked yellow corm, but most anything that is good boiled (such as sausages, crabs, redskin potatoes, and even crawfish) can be added. This seafood boil is usually dumped on newspaper-covered tables. .

A post shared by Frances|Spanish Teacher (@discoveringtheworld.frances) on May 27, 2018 at 1:23pm PDT

Barbecue in South Carolina is also one-of-a-kind.  The state is famous for the whole-hog barbecue, and you can find many barbecue spots across the state. Read more about Southern cooking, including its unique New Year’s meal!

Myrtle Beach, a major tourist destination, has beautiful wide beaches. But the sunsets are also out of this world!

Enjoyed every bit of our weekend in North Myrtle Beach! 🍽 I cooked at the condo 🎥 we saw the movie Jurassic World Fallen Kingdom movie 🏊‍♂️ played in the pool 🏄‍♂️ My son attempted to paddle board in Atlantic Ocean, and my favorite part…. 🌞 walk to beach and watch the sunrise at 6 a.m.!!! 🌅 #mkbkids

A post shared by Frances|Spanish Teacher (@discoveringtheworld.frances) on Jul 9, 2018 at 5:30pm PDT

4. Politics on the Move

Columbia is currently the state capital. But, Columbia was not always the home of the State House. That honor once belonged to the city of Charleston. The current State House is made of brick and covered with stucco. It’s home to the Governor’s office, as well as the House and Senate chambers. Tours are available free of cost.

It's not often that I have the opportunity to get a view of the South Carolina State House from the 18th floor of a neighboring building.  I spent the day at a law firm taking an FMLA (Family Medical Leave Act) workshop and this view was simply mesmerizing.  I also zoomed into so you can see the ferris wheel at the fair grounds. @colatoday @scstatefair @columbiasc

A post shared by Frances|Spanish Teacher (@discoveringtheworld.frances) on Oct 15, 2019 at 5:22pm PDT

The state is also home to the Riverbanks Zoo located in Columbia.  It’s much more than a 170-acre zoo. It’s also the location of an aquarium and a lovely botanical garden.

The state also has its very own monkey island! The South Carolina Department of Natural Resources established the Rhesus monkey colony in 1979. But the official name of the island is Morgan Island. No, humans can’t visit the island.

The Angel Oak, which is the oldest tree in the country, is located in South Carolina. Its limbs sprawl across more than 187 feet, and it stands at a height of 66.5 feet.

South Carolina is the largest producer of peaches in the country, besting even its neighboring state of Georgia. Have fun reading about how this friendly competition spilled over onto Twitter recently!

South Carolina retains the strong presence of the Gullah people. They are the descendants of enslaved Africans of various ethnic groups. You can read more about their culture, heritage, and traditions here.

You can’t discuss South Carolina without addressing its troubled past, in particular the painful history of slavery, whose repercussions are still being felt. South Carolina struggles with how this history is presented through its many historical sites. Many, for example, are questioning how former plantations are used to romanticize the South during slavery, in effect “whitewashing” the painful truth of enslavement. Others denounce the use of former plantations as “pinterest-worthy” event venues, detached from their history.

The Boone Hall Plantation – cited in the previous article – is one such plantation, located in Mount Pleasant, South Carolina. It’s one of America’s oldest working plantations and a sad reminder of our country’s history of slavery. It’s important to talk to children about this painful history, and a visit to a historical site can bring that haunting history to life. Go here for tips on visiting a plantation with children, including how to prepare them ahead of time.