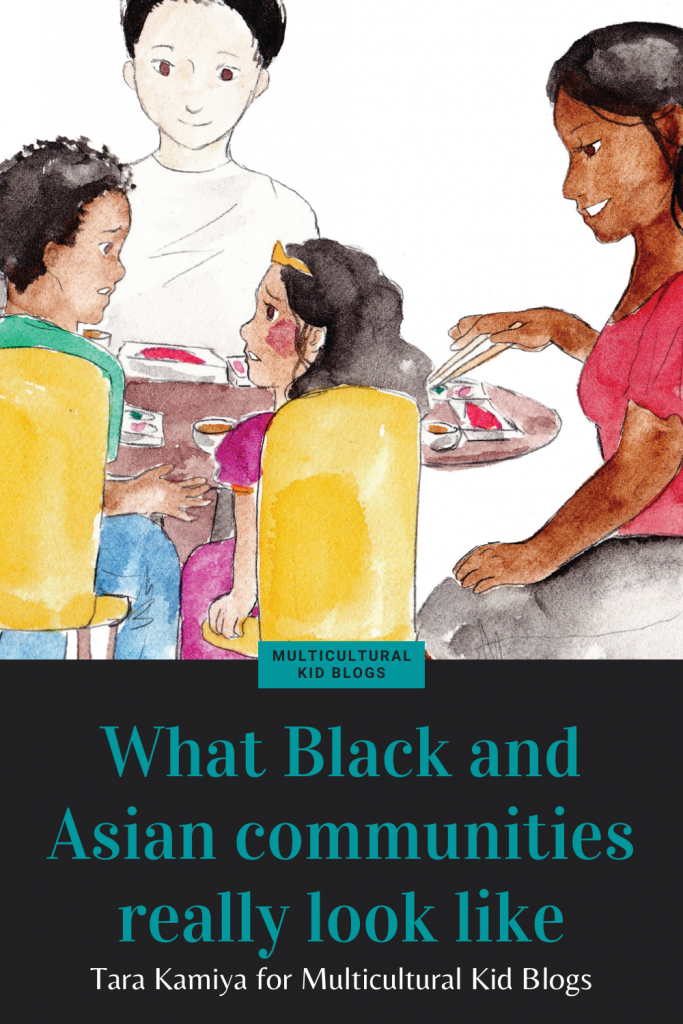 When I married my husband as a Black-Asian couple in 2009, passers-by would still stop and stare. An Asian man and a Black woman walking hand in hand drew lots of attention, even in a major metropolis like New York City. People would consistently ask how we met and what our dating process was like. Sometimes it was humorous and pure curiosity. Other times not so much.

It goes without saying that both demographics have endless stereotypes that don’t necessarily set us up as the perfect pair. In fact, they work to paint us as exact opposites. Socially, people usually expect us to be the last two humans on earth who would pair. I always found this bizarre because the world has become very aware of many celebs with both African and Asian ancestry, for example, Naomi Osaka, Amerie, Tyson Beckford, and singer Neyo. Surely they were aware that these people did not materialize as bi-racial themselves, they do have parents.

I remember in the 90s I had seen an article in Essence magazine. The story was about a beautiful Black woman and her Japanese husband.  He looked modelesque with long hair and a strong jaw. It was definitely not a daily occurrence to see such a couple but the fact that it was worthy of a story gave me pause even as a young woman. I thought, “cool” right along with “so what”. Two people married did not deserve this much attention, I thought. I could not understand why this was so mysterious to people.

In recent media, the relationship between Black women and Asian men received even more onlookers from a worldwide audience. Many Chinese businessmen have settled in a few African countries for business. Finding themselves there for long periods of time they have chosen wives from those countries and have also created families.

This has brought a broader perspective to why people marry, and how much Black women and Asian men share in cultural similarities as well as family values.

I’m part of the Black-Asian = Blasian Community. I have found that most Black-Asian couples have similar stories. Born and raised in middle and upper-middle-class homes. We both have the same family values and cherish the traditions that we grew up with. Our parents are open-minded and accepting of our spouses. It’s also a big stereotype that the Asian family rejects the Black fiance. Although this happens, it’s not a regular occurrence. My father-in-law is still one of my biggest fans.

Our wedding was televised in 2010 as Season 2 of Four Weddings, ‘Musical Chairs’. Still one of the most popular episodes worldwide, it introduced people yet again to the reality that people will inevitably fall in love and build families not based on race but on love and values.

I lived in Japan for 7 years. There is an expat group of Black women from all over the world who have formed a sisterhood that provides support while living in Japan. We discuss everything from meal planning, raising children, and career. I would say around 20% of the women were married to Japanese men. For every Japanese Matsuri, there was an African, Latina, or African-American tradition going on in these homes yearly.

Why Multicultural Marriage Is Awesome

Tara Kamiya is a Homeschooling mom who has lived in Japan with her husband, 2 boys and baby girl. They have been featured in Japanese media and on Four Weddings Season 2.