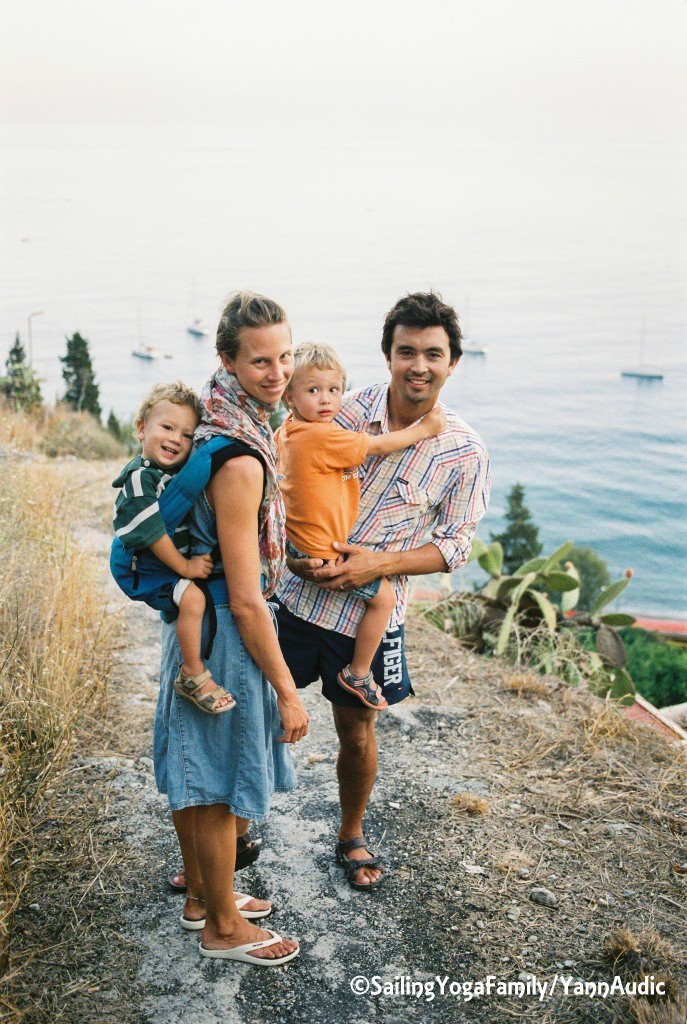 Often my husband and I indulge in people watching and can’t help but observe that – no matter where in this world, from our sailing boat’s stern on some Greek island, over busy London’s downtown, from Buenos Aires to Patagonia, all the way to Sydney – the majority of couples look a lot like siblings. Tall tends to be with tall. Dark with dark. Crooked nose with crooked nose etc. And then there’s the occasional ethnic-cultural melting pot like us. Latino with European. Asian with Caucasian. African with albino and all sorts of other beautiful combinations. There are no rules on how to ride the added ripples, waves and hurricanes in a multicultural relationship, but it sure helps knowing that we are an ever increasing bunch who share our own (third?) culture, joys and challenges all together.

Most wouldn’t contest that it’s easier to be with someone who shares the same stories, traditions, and a similar upbringing. Arguments about how to celebrate special occasions, the ways of bringing up kids, or daily routines and rituals are basically eliminated from the get-go. Moreover, parents and in-laws speak the same language, the issue of whose country to settle in doesn’t exist, and neither do misunderstandings due to language barriers. Not to say that same-culture relationships are automatically all honeymoon but, arguably, there is an easier and more compatible base to work from.

In contrast, we have the ever increasing and all so different multicultural relationships – constant dances in search of peaceful compromise, incessant quests for the harmonious flow between yin and yang. They are the United Nations in a small format – at the palm of two people’s hands bound to each other by nothing but love and commitment.

I grew up in Western Europe, whereas my husband is from Argentina. Seven years ago we met in Sydney. We have two children and a third one on the way, and we have just returned to Sydney after three years of living and cruising on our sailing boat. Although this provides us with plenty of anecdotes on the subject of multicultural relationships, I didn’t want to limit this article to our story. For the benefit of this post, rather than making it a personal account, or trying to invent universal do’s and don’ts, I have added the insights and stories shared by many of our international friends.

“The most wonderful thing in a multicultural relationship for me is to encounter a different culture, language and traditions every day. And yet, this is also what makes it hard sometimes. We are so different, but we have so much in common. Cliché, but race, language, culture doesn’t matter when it comes down to basic human feelings and connections.” (Hungarian/French-Caribbean couple)

I personally have never chosen the easy path in life as I fully believe that hiking the highest mountains and the deepest valleys is the only way to experience life to its full potential. No doubt it brings many added challenges, but also massive joys, constant growth and learning, never-ending surprises, an expanded horizon, and lots of moments of fun, laughter, and deep and meaningful oneness. All this and more also counts for my multicultural, multilingual, and multi-continental marriage.

“We can only love what we treasure. We can only treasure what we know. Thus if, through our closest friends and family, we get to know different cultures a little better, this must be one of the best ways to love and treasure our whole world.” (Argentine/Japanese/Australian/European family) 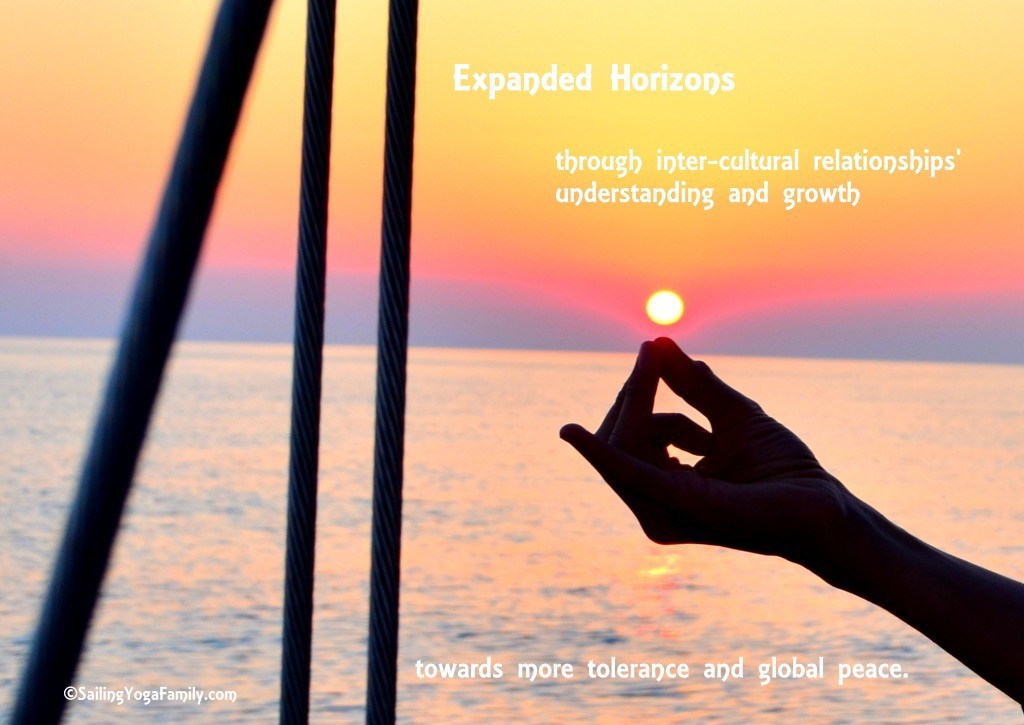 Coming from opposite parts of the world, we often struggle to speak each other’s languages – on all sorts of levels – despite his excellent English, and my totally fluent Spanish. For him, multiculturalism has always been associated with family, given his Japanese mum and Argentinean dad. For me, I was close to being the first one in generations to expand the family tree not only beyond my birth town, but beyond country and even continent borders. Despite the often-mentioned aggravated challenge of language barriers in multicultural relationships, I feel we have a better way of communicating than either of our parents. I’m not saying it’s easy or always going smoothly. Definitely not, and in heated arguments I will often switch to English whereas he always sticks to Spanish, his mother tongue and our usual language of communication. This gives us both the advantage of being able to express ourselves as precisely as possible, while hoping that the other one understands what we mean.

I’m aware that this is a relatively rare advantage for many multilingual couples who only share one common language. In such a case, the person whose mother-tongue is spoken is at a constant advantage, especially in serious discussions when every word counts. However, the other person has the constant opportunity to learn and improve another language. If a couple communicates in a third language which is neither one’s mother-tongue, it brings an additional source for misunderstandings – but more equality at the same time. Regardless of the constellation, multicultural kids benefit from a bilingual if not a trilingual upbringing – a priceless advantage in today’s global world. As one friend describes the beauty that lies within the language challenge: “I feel happy and privileged to combine Italian’s softness and melody and German’s hardness and clarity in one family.”

“Not only not finding the proper phrase sometimes, but I believe our first languages are just so vivid and lively with many more expressions than English that it’s very hard to express a certain feeling or condition at times.” (Hungarian/French couple)

Because of the great and sometimes obvious differences in multicultural relationships, we have no choice but to be open-minded, tolerant, and adaptable. This forces us to constantly grow our horizon. You tend to meet more varied people, try and incorporate more varied foods in your menu, and hear more diverse stories. Every day is a new opportunity to grow our knowledge and understanding of not only each other, but also of two totally different cultures and languages. Additionally, you often get to create your very own merged culture and way of doing things and living life.

A few advantages of multicultural relationships several of my friends mentioned in an intimate opinion poll for this article included: the different perspective their partner gives them on relationships (e.g. macho vs non-macho culture; heart-centered vs mind-centered…); a more universal view on different cultural aspects for their children (e.g. matriarchal vs patriarchal); and being around someone who culturally approaches things differently which helps take oneself less seriously.

A Spanish friend with a Maltese/Australian partner describes very well what is my personal biggest challenge, as well as what we both love most in our respective relationship:

“I am fire, he is water. This sometimes makes us clash, but also helps balance each other. My passion can feel like too much for him and his constant chill-out appearance as too little for me.” 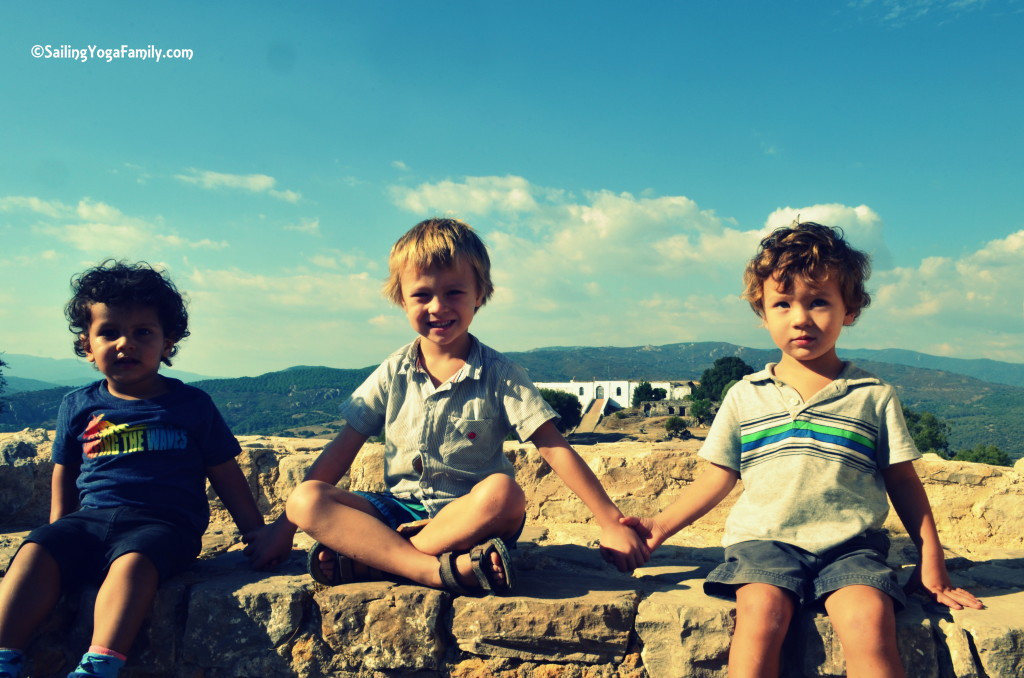 Of course it’s not all challenging, serious and difficult. He brings play when she brings focus; he turns on a good movie when she wants to compulsively clean the house at 11 pm, or he invites the locals when she brings all the Latinos to the party, or vice versa.

“For more than a decade I thought my husband was a one of a kind quirky guy (which he is of course) and then we eventually made it to Finland where his mum is from, then low and behold…there was an entire country of people with similar quirky traits!! For all those years I had no idea!” (Australian/Finish/Mexican family)

There’s the great benefit of including two or sometimes more traditions under one roof. For example, a befriended Italian/Austrian/Spanish family living in Malta celebrates St Nicholaus on the 6th of December, Christmas on the 24th, and La Befana and Los Reyes on the 6th of January. Their son gets presents for each of them. Can you imagine how triply exciting Christmas time is!

“When I first met my partner, I thought he was rude, French and gay. Turns out he is a beautiful Italian with a HUGE heart…. first impressions were WAY off!!” (English/Italian couple)

An Australian friend living in London has the benefit of sharing the same language, but still faces many cultural differences:

“My incredibly English other half has a way of doing some things that is always too uptight for my much more laid-back Australian approach. But our personalities are so similar in terms of work, travel, adventure that we sort it out. The similarities far outweigh the differences.”

Whilst I could focus on the many cultural differences, including my partner’s personality change when we visit his home country and he becomes an unrecognizable package of machismo, I must admit that the joys, laughs, and benefits far outweigh anything else and I wouldn’t want it any other way. And more so, it feels that simply through our naturally multicultural and multilingual family life and our children growing up feeling part of almost every continent of the world, I’d like to think we are already contributing to making this world a more peaceful, tolerant, and open-minded place.

Be sure to check out our Multicultural Marriages Pinterest Board for more great articles! 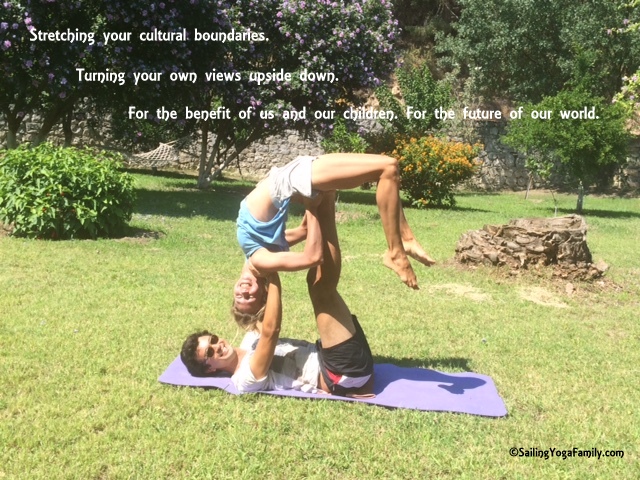 Narara Eco Village, NSW, Australia at SailingYogaFamily
Dini is a traveling Yogini, sailing Mum and Reiki practitioner. She splits her life between sailing the Seven Seas with her Latino hubby and three littles, and building a 7-star sustainable off-grid home at an eco-village an hour north of Sydney, Australia. She runs global yoga retreats and workshops and regularly writes for international sailing, yoga and parenting magazines, and websites, as well as her own blog, SailingYogaFamily.com.

Latest posts by Dini (see all)