I set myself the challenge to find some unusual, informative, and above all fun facts about the Republic of Ireland. Beyond the green of Saint Patrick’s Day, here are a lucky 13 fun facts about Ireland. 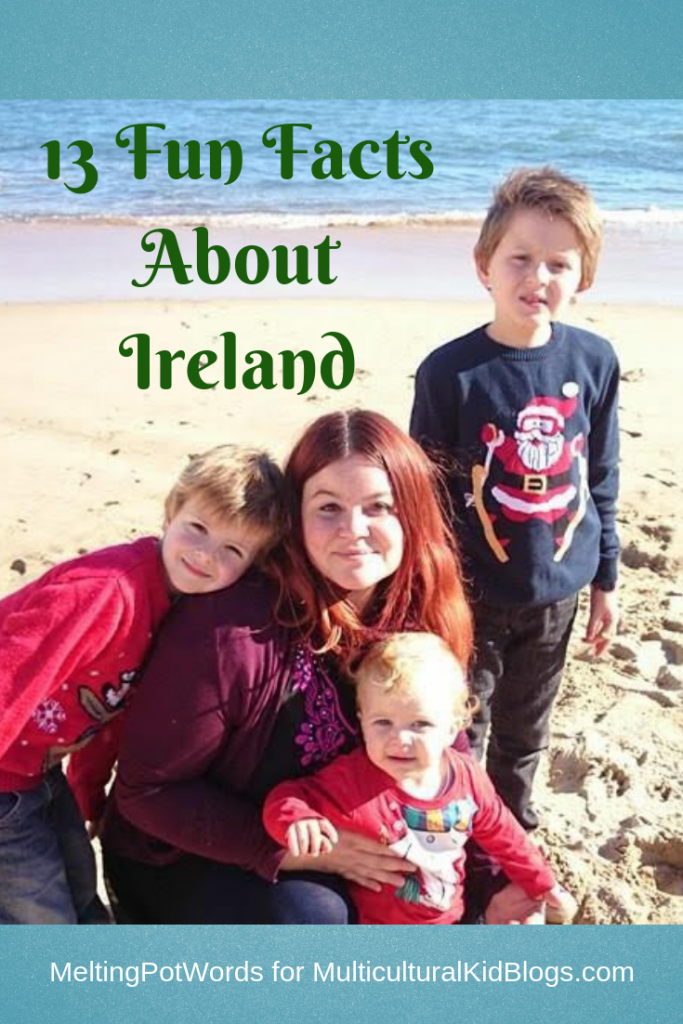 The first one I wanted to share with you fits in nicely with this time of year: Samhain, or Halloween as most of you will know it by.

Halloween traces back its origins to Samhain, a harvest festival held in Ireland (and Scotland) on 31 October to mark the end of autumn. Samhain marks the end of harvest season and the start of winter when people slaughtered the livestock for winter. People also believed that the souls of the dead would return to the homes of their families on the night of Samhain. An extra place would be set at the table for these souls and food handed out to those disguised as spirits who would go around the houses reciting verses. Some scholars have even labeled it as the “true Celtic New Year.”

Keeping in the spirit of Halloween, did you know that Bram Stoker from Dublin wrote the story of the world-famous vampire Count Dracula in 1897? His real-life inspiration for his character was a friend of his, the actor Sir Henry Irving.  He gained inspiration to write Dracula from the early Irish legend of Abhartach, an evil chieftain who after being betrayed by his subjects and slain by the hero Cathrain. He rose from his grave every night to drink the blood of his subjects. Superstition or a lingering of the ancient Celtic beliefs?

In Ireland, fairies are known to live in very special places called fairy rings. These are raised earthen circular mounds that people can see all over Ireland. People can visit them, walk around, and make a wish for luck with them.

It is thought to be very bad luck to interfere with these mounds, however. When planning and building new roads, for example, the planners have to make sure they do not cross these mounds or even go too close to them. Certain trees are revered, especially hawthorns. Country people will never chop these down or remove them for fear of disturbing the fairies who often live underneath and who are likely to wreak havoc if disturbed.

Newgrange, which is classified as a passage tomb or possibly an ancient Celtic temple, is 5,000 years old. It makes it older than the ancient pyramids and structures of Giza and Stonehenge.

Newgrange is best known for the illumination of its passage and chamber by the winter solstice sun. Above the entrance to the passage at Newgrange, there is an opening called a roof-box. Its purpose is to allow sunlight to penetrate the chamber on the shortest days of the year, around December 21st, the winter solstice. At dawn, from December 19th to 23rd, a narrow beam of light penetrates the roof-box and reaches the floor of the chamber, gradually extending to the rear of the chamber.

As the sun rises higher, the beam widens within the chamber so that the whole room becomes dramatically illuminated. This event lasts for 17 minutes, beginning around 9 am. The accuracy of Newgrange as a time-telling device is remarkable when one considers that the Irish built it 500 years before the Great Pyramids and more than 1,000 years before Stonehenge.

The intent of the Stone Age farmers who built Newgrange was possibly to represent a powerful symbol of the victory of life over death. People can see the white stones for miles around across the Boyne valley.

6 – Irish People Around the World

Roughly 80 million people of Irish descent live outside Ireland, 14 times more than the population of Ireland (including Northern Ireland) itself!

About half of the population of Australia can claim Irish ancestry thanks to a combination of deportation to Australia by the British and Irish refugees fleeing the famines and general poverty in Ireland.

Basically, there are Irish people literally all over the world. They’re known for their friendliness, their ability to talk non-stop, the Irish dancing, and of course, Guinness! The history behind the mass migration of Irish people is a sad one but the Irish people themselves have made sure to have fun wherever they land.

7 – American Symbols Created by the Irish

Irish architect James Hoban, who was born in Kilkenny in 1758, designed the White House.  Austin Cedric Gibbons, an Irish art director and film production designer, designed the Oscar in 1928.

Humphrey O’Sullivan, a young man from Skibbereen in County Cork, invented the rubber soles for shoes. Humphrey moved to New York where he worked as a printer. His job involved standing on hard stone floors for long hours. To ease his aching feet, he bought a rubber mat to stand on. When his fellow employees kept stealing his mat, he cut out some heel shaped pieces and nailed them to his shoes. He found them to be surprisingly comfortable and the pain in his feet virtually disappeared. He began making them full time and selling them to local shoemakers, eventually patenting the idea.

That’s right, everyone’s favourite snack food (or at least a lot of people’s favourite), the humble potato crisp, is an Irish invention. Enterprising Dubliner Joe Murphy set up Ireland’s most loved brand, Tayto, in 1954 in two rented rooms of Moore Street. Initially with just four flavours – Plain Golden, Cheese, Onion, and Cheese & Onion – Tayto crisps shot to superstardom. Murphy sold his technology to a company in America, making his nifty idea an instant worldwide success. Tayto crisps are still a regular on Irish supermarket shelves today. Its mascot Mr. Tayto even has a theme park dedicated to him in Ireland.

Grace O’Malley was an Irish pirate “queen” who defied the English monarch Queen Elizabeth I for almost 40 years by plundering English ships. She also fiercely repelling the forces that tried to take her family’s land.

Hurling goes back 3,000 years. Warriors initially played it to hone their sword-wielding skills. Many say its the fastest game played on grass and is a mix between hockey and baseball.

Ireland’s flag has three colours for a reason. The green represents the Gaelic tradition of Ireland, the orange is meant to represent those who followed William of Orange, and the white stripe in the middle represents peace between both.

Ireland is the only country in the world with a musical instrument (the harp) as its national symbol. It’s most prominently displayed on our passports. Guiness also uses it as it’s official symbol.

I hope you enjoyed these lucky 13 fun facts about Ireland!

Tips for Visiting Ireland for Kids