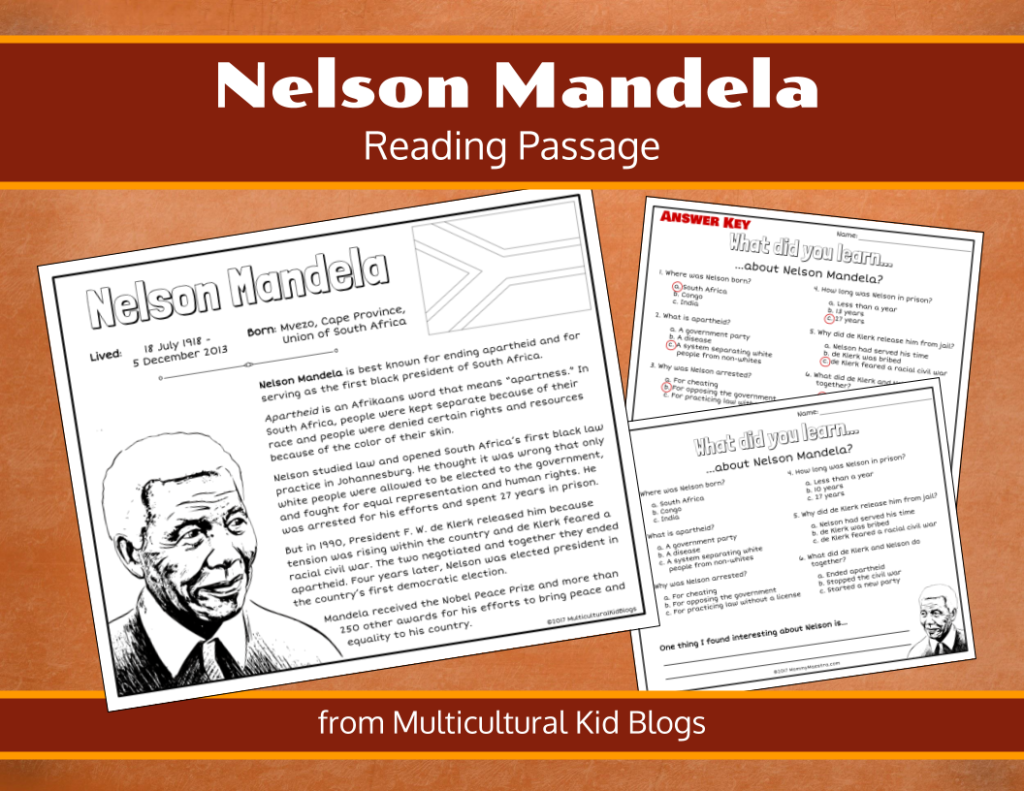 On July 18, the remarkable South African leader, Nelson Rolihlahla Mandela, would have celebrated his 100th birthday. Here at Multicultural Kid Blogs, we believe that the anti-apartheid revolutionary, political leader, and philanthropist is one of those figures in world history that every child should learn about. Why? Because even though he has passed away, his legacy lives on.

While he was alive, Mandela followed three rules throughout his life:

And he encouraged everyone to become active global citizens. Mandela believed that a government should represent the people of the nation and have their best interests at heart. He dedicated his life to unifying his own country and abolishing apartheid. The first black South African president championed social change through individual activism. One of his most famous quotes is:

What counts in life is not the mere fact that we have lived. It is what difference we have made to the lives of others that will determine the significance of the life we lead.

For the last 16 years, the Nelson Mandela Foundation has been hosting the Nelson Mandela Annual Lecture Series, which invites prominent people to drive debate on significant social issues. Mandela started the series in 2003 after his presidency, which lasted from 1994 to 1999. Past speakers include President Michelle Bachelet of Chile, Liberian President Ellen Johnson-Sirleaf, and American businessman Bill Gates. This year, former American President Barack Obama will deliver the 16th Nelson Mandela Annual Lecture in Johannesburg on July 17th.

Each year, on Nelson Mandela’s birthday, the Foundation recognizes Mandela Day, a day when “we look back on what has been done, and forward to what will be done” to make the world a better place. The focuses of Mandela Day 2018 are shelter, volunteerism, education, literacy, and food security.

To help you teach your children or students about his remarkable life, we’ve put together this one-page reading passage highlighting Nelson Mandela’s achievements. And if you’d like to review your child’s reading comprehension, we’ve included a short quiz and answer sheet.

A Tribute to Nelson Mandela