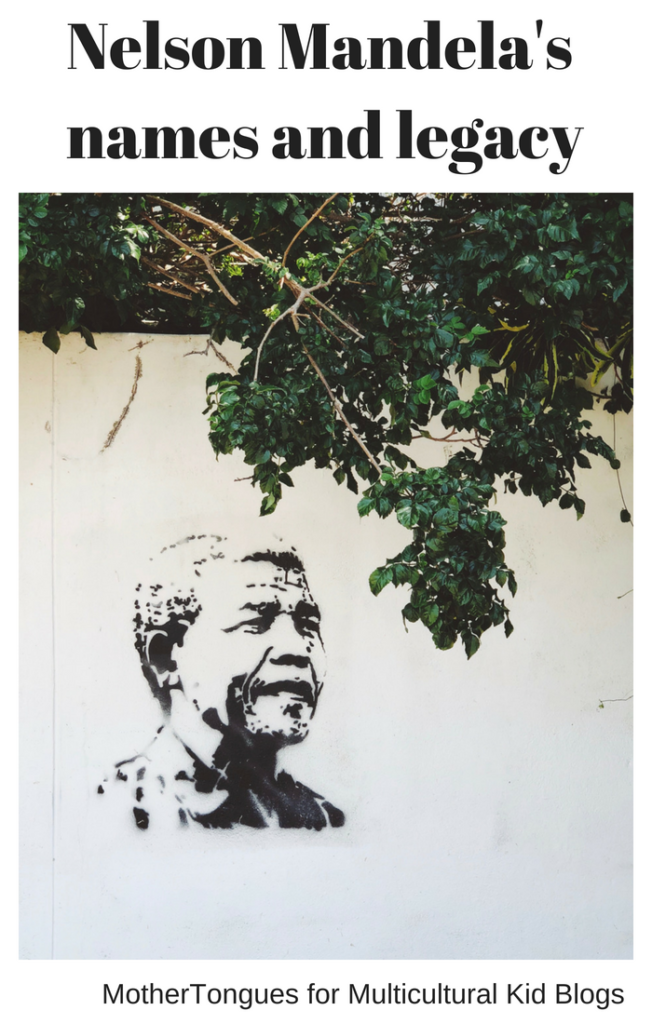 He was born as Rolihlahla Mandela on July 18, 1918. Rolihlahla is a Xhosa name that literally means “pulling the branch of a tree”, but it also translates as “troublemaker”. His father gave him this name and I keep wondering why his father decided on this particular name!

Xhosa is one of eleven official languages of South Africa. Xhosa is spoken by 16%, or about 8.2 million, South Africans as their first language. The total number of Xhosa speakers in the world is about 19.2 million. Mandela grew up speaking Xhosa. He learned English in school and later Afrikaans during his time in prison.

When Mandela was in elementary school, his teacher gave him the name Nelson. It was a custom for African children to get English names to make it easier for the British colonials to pronounce. No one knows why the teacher called him Nelson.

When Mandela was sixteen years old, he was initiated into adulthood through a traditional Xhosa ceremony for boys. He was given the Xhosa name of Dalibhunga, which means “creator or founder of the council” or “convener of the dialogue”. This name turned out to be very appropriate later in his life, when he literally was the “convener of dialogue” for the country’s transition to democracy.

Mandela was also known in South Africa as Madiba. It was the name of the Thembu clan to which he belonged. A clan name refers to the ancestors from which a person descended. Calling him Madiba was a sign of endearment and respect.

Many people called Mandela Tata, the Xhosa word for “father”. He was the first democratically elected president of South Africa and seen as the father of the nation. Young and old called Mandela “Tata” – even people older than Mandela!

“Utatomkhulu” is Xhosa for grandfather. It is shortened to Khulu and was another name for Mandela. Calling him Khulu was a sign of reverence since it can also mean “great, paramount, grand”. Another translation of calling someone Khulu would be to call the person “Great One”.

One Xhosa word that Nelson Mandela spoke about often, is Ubuntu. Ubuntu cannot be translated into one English word. It describes this concept of community: if you are a better person, that makes me a better person, because we are all connected. So to live in the spirit of Ubuntu, you need to care about those around you. Mandela was the embodiment of Ubuntu when he became a father figure to one of his prison guards and invited another prison guard to his inauguration ceremony as president.

Another “untranslatable” Xhosa word is Sizanani. It is a verb that means to extend a helping hand where needed. When you live out the concept of Ubuntu, you will also Sizanani. 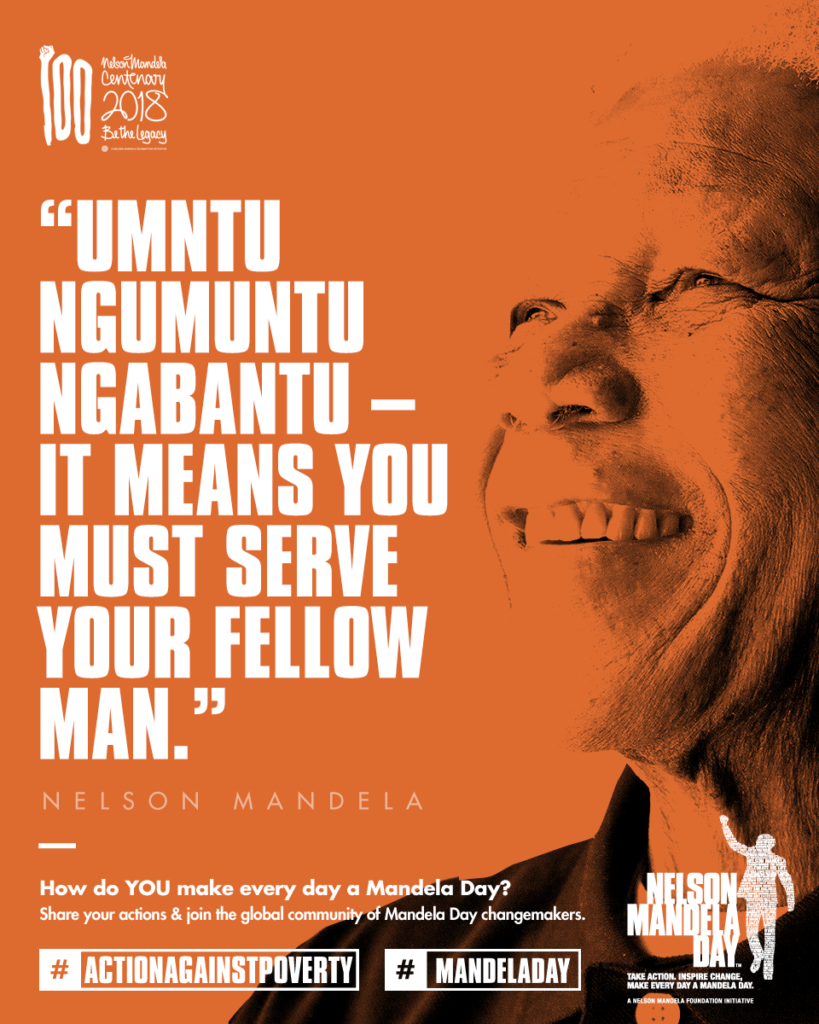 Mandela was more to South Africa than just a former president. He showed what can be achieved when you truly believe in the cause. He didn’t give up, fought for freedom, all while maintaining his vision about the humanity of others. This year marks 100 years since Mandela was born. On his birthday, July 18, many people around the world observe Nelson Mandela Day. Read more about how to celebrate Mandela on this Multicultural Kid Blog post. Do good to others, support someone in your community, and help make the world around you a better place.

The “father of our nation”, Tata Madiba, will never be forgotten. May we all strive to live our lives in a way that helps others and helps us all to see each other’s humanity.

Michelle grew up in South Africa and now lives in Nashville with her bilingual family. She is the owner of the apparel company MotherTongues and blogs infrequently at MotherTonguesblog.com about untranslatable words, travel and diverse cultures. She is a lover of peace and defined by the African concept of Ubuntu.