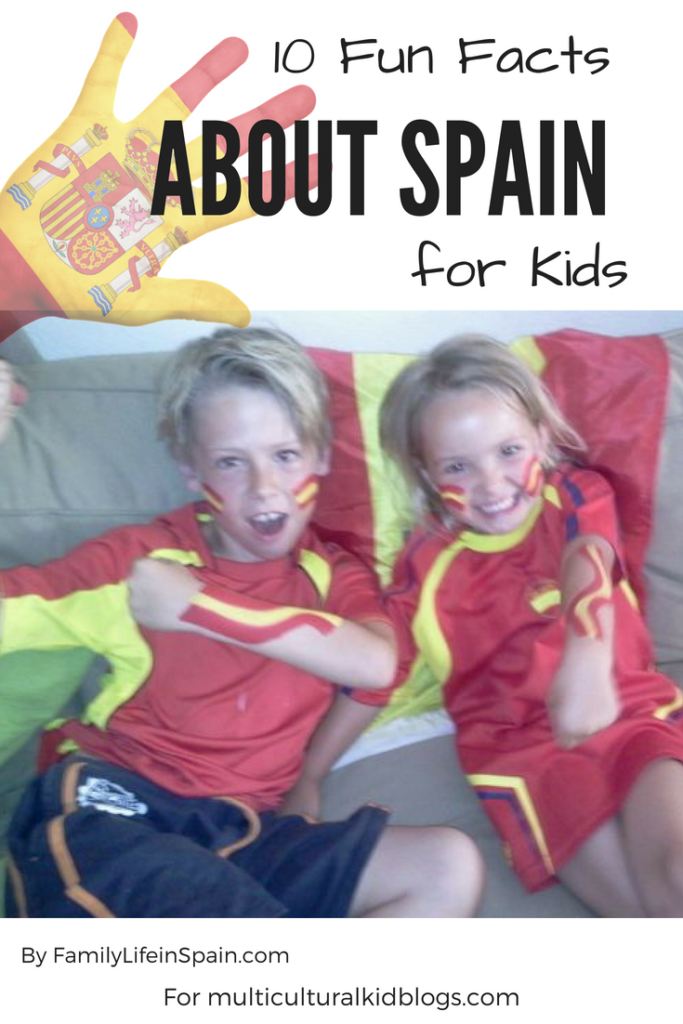 Can you imagine eating chocolate and doughnuts for breakfast?
Enjoying 11 week long summer holidays, with no school during this time?
Have you ever heard of the tooth mouse?
Do you know where they say “gunon, zer da zure izena?” instead of “Hello, what’s your name?”

Find answers to these questions and a lot more in this article, Ten Fun Facts About Spain for Kids. And if you want to know more about this great country, please feel free to visit our family blog: FamilyLifeInSpain.com

THE LOCATION
Spain is situated on the Iberian Peninsula in Europe and is close to Africa. It is bordered by France in the northeast and Portugal in the west. It also shares its borders with Morocco and Gibraltar in the south. Its eastern boundaries are flanked by the Mediterranean Sea, in which lie the  Spanish Islands known as the Balearic Islands and the Canary Islands.
Spain has some of the most beautiful beaches in the world, on a coastline that extends nearly 8,000 km.
Madrid, the capital of Spain, lies in the exact center of the country, so much so, that a marker has been placed at Puerta del Sol to denote this.

THE FLAG
The Spanish Constitution of 1978 defines the flag of Spain as having three horizontal stripes colored red, yellow, and red, with the yellow stripe between the two red ones and double their size. 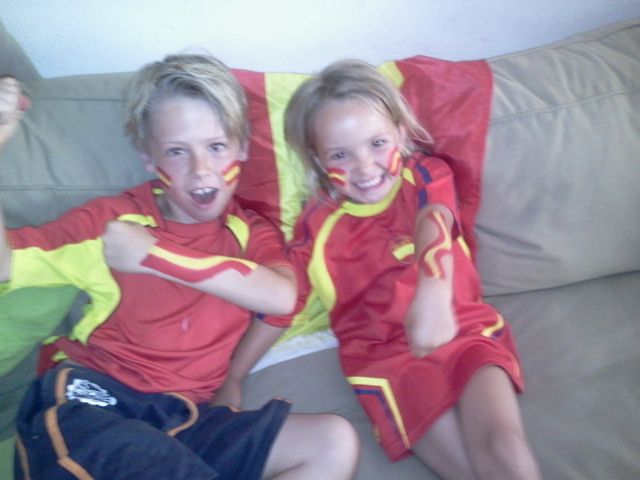 Not everyone speaks the official Spanish language: Castellano. Four other languages, Catalan, Aranese, Galician, and Basque, are official in certain regions of the country.

Now, you can learn to say, ‘Good morning, what’s your name?’, in the five official languages of Spain:

THE FOOD
Daily meals in Spain begin with a light breakfast (desayuno) Next comes a three-course lunch (almuerzo ), the main meal of the day. Families gather to eat it in the mid-afternoon (usually between 2 pm and 4 pm). At about 9 or 10 pm they have supper (cena), a lighter meal. In addition, bollos (small rolls) and bocadillos may be eaten in the late morning; the merienda, a snack of tea or Chocolate a la Española (Spanish-style hot chocolate) and pastries may be enjoyed in the early evening (about 5 p.m.). 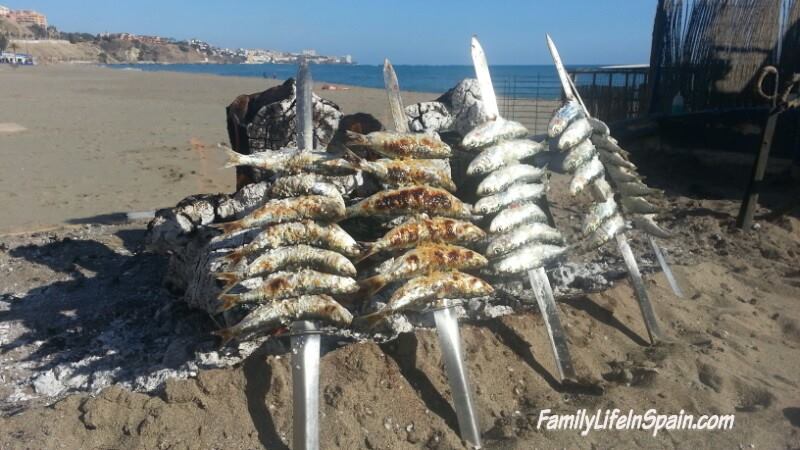 Here are some of our favorite Spanish foods that you should taste: 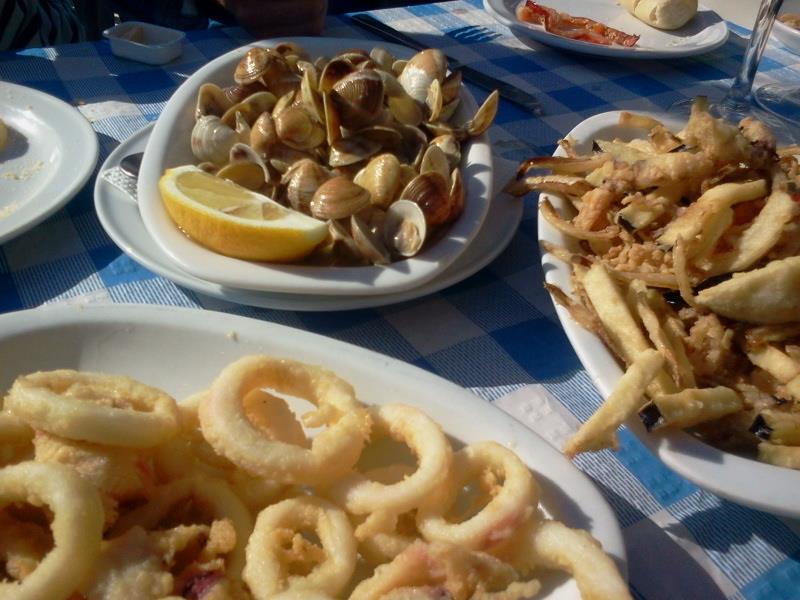 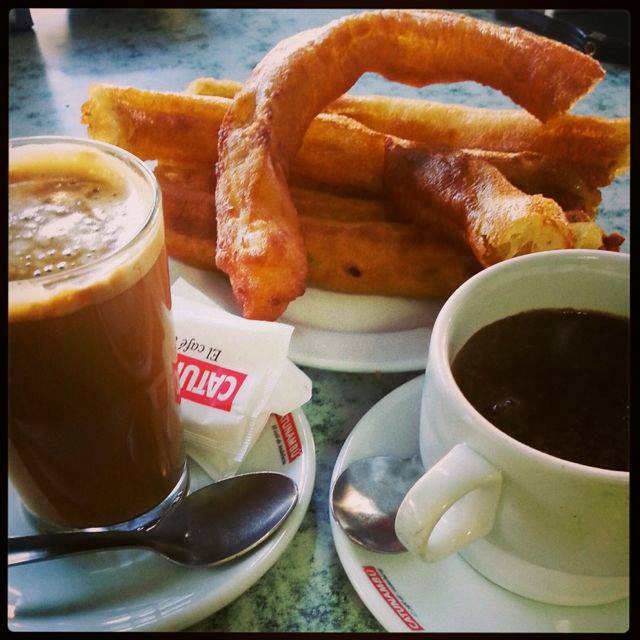 INTERESTING KIDS’ STUFF
5. A favorite breakfast is chocolate and churros. Basically, long skinny donuts dunked in hot chocolate!
6. School kids have 11 week long summer holidays. Lot’s of time to enjoy!
7. Spaniards have two surnames, the first one is the father’s first surname, and the second is the mother’s first surname.
8. You get to celebrate two birthday’s (kind of). As well as your original birthday, you can enjoy a Saints day, depending on your name
9. We get not one but two Christmases!!! Santa Claus visits most Spanish homes on the night of December 24th and the 3 kings (Los Reyes Magos) bring most gifts on the evening of January 5th. But be warned, coal is left for anyone who has been naughty!
10. The tooth fairy doesn’t exist in Spain. Instead, there is Ratoncito Pérez, the tooth mouse.

Founder at Family in Spain SL
Lisa Sadleir is a trilingual mum to two bilingual children, founder of Cooking with Languages and author of “Moving to Spain with Children”. Born in England, educated in France and a resident of Spain, she is passionate about travel and encouraging children to learn new languages.