Each year in April the Dutch throw a national street party to celebrate King’s Day. Everyone dresses in orange and celebrates in honor of the king’s birthday. There’s a real sense of community throughout the celebrations, but the keyword is actually “fun. 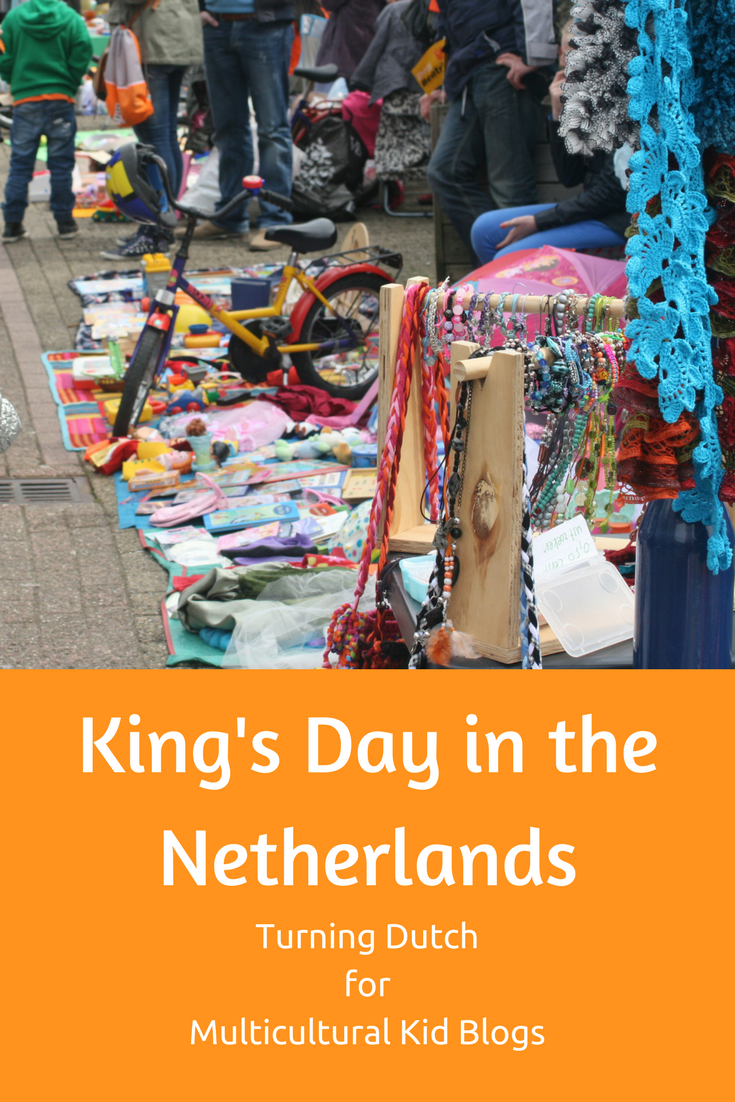 When is King’s Day?

In the Netherlands, we celebrate King’s Day (or as is it known in Dutch Koningsdag) on the 27th of April. If the day falls on a Sunday it is moved to the preceding Saturday, which was the case in 2014.

Prior to 2014 the celebration of King’s Day, the day was known as Queen’s Day. In 2013 Queen Beatrix abdicated on Queen’s Day (Koninginnedag), handing the throne to her son Willem-Alexander.

The celebration has been held on April 30th  ever since 1949. Interestingly enough, Queen Beatrix’s birthday is actually in January but when she became queen in 1980, she decided to keep the celebration in April, to honor her mother Juliana.

It was a welcome decision to keep the celebrations in April, given that the weather is usually better then than in the winter month of January and celebrations take place outside.

How is King’s Day Celebrated?

Committees arrange activities all over the country on King’s Day and the Netherlands transforms into one big street party.

Large-scale music events are organised, such as the concert on the Museumplein in Amsterdam that attracts thousands of partygoers. There are also small-scale local events up and down the country.

On King’s Day children (and adults) sit on streets across the country and sell toys, books, household items and clothes they no longer want, laying everything out on blankets. It’s a nationwide flea market! It is the only day of the year that people may sell goods on the street without a licence. This is known as a vrijmarkt, which translates literally as “free market.”

In Amsterdam, the real enthusiasts start King’s Day early and sit on the street to reserve the best spaces – there is money to be made and the place you choose to sell your items makes a significant difference.

Should you ever visit the Netherlands on King’s Day you will notice that everyone dresses in orange. Some people wear crazy orange hats and even dye their hair orange. 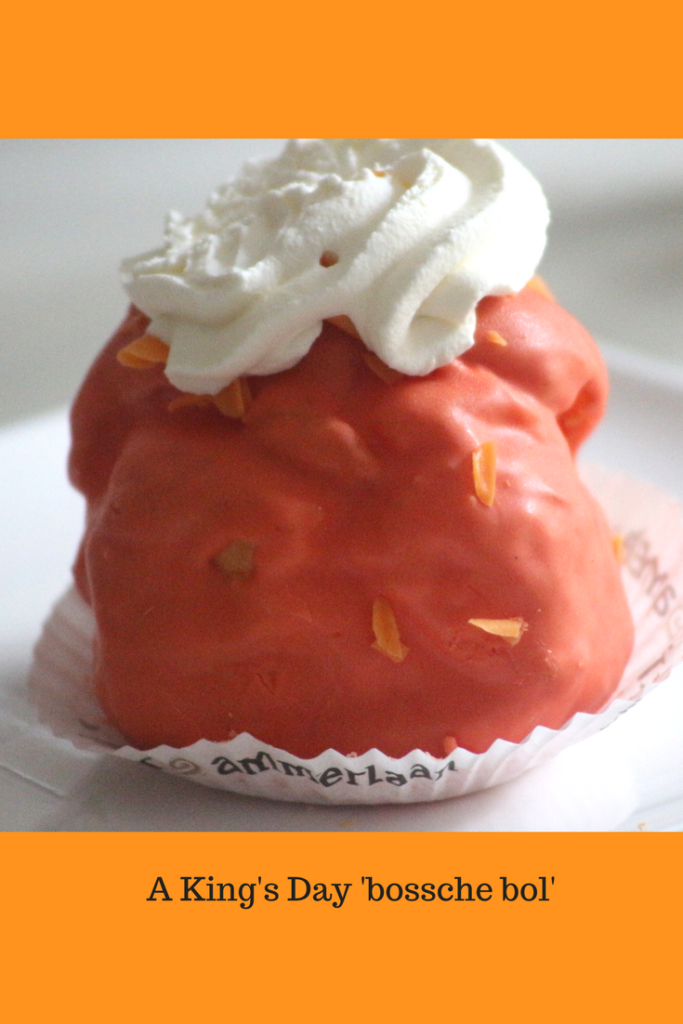 This is called oranjegekte, “orange madness” and it stems from the fact that the Dutch royals are from the House of Orange-Nassau.

Many children also perform music or sing and dance on the streets. They bake biscuits or cakes to sell with the aim of earning a few euro from passers-by.

Many local events host traditional Dutch games for the children such as koekhappen (trying to grab a bite of spiced cake hanging from a string), stilt walking, pin the tail on the donkey and sack races.

In addition, children can ride on fairground rides, have their face painted or watch balloon artists.

There’s no shortage of fun for the children on King’s Day. 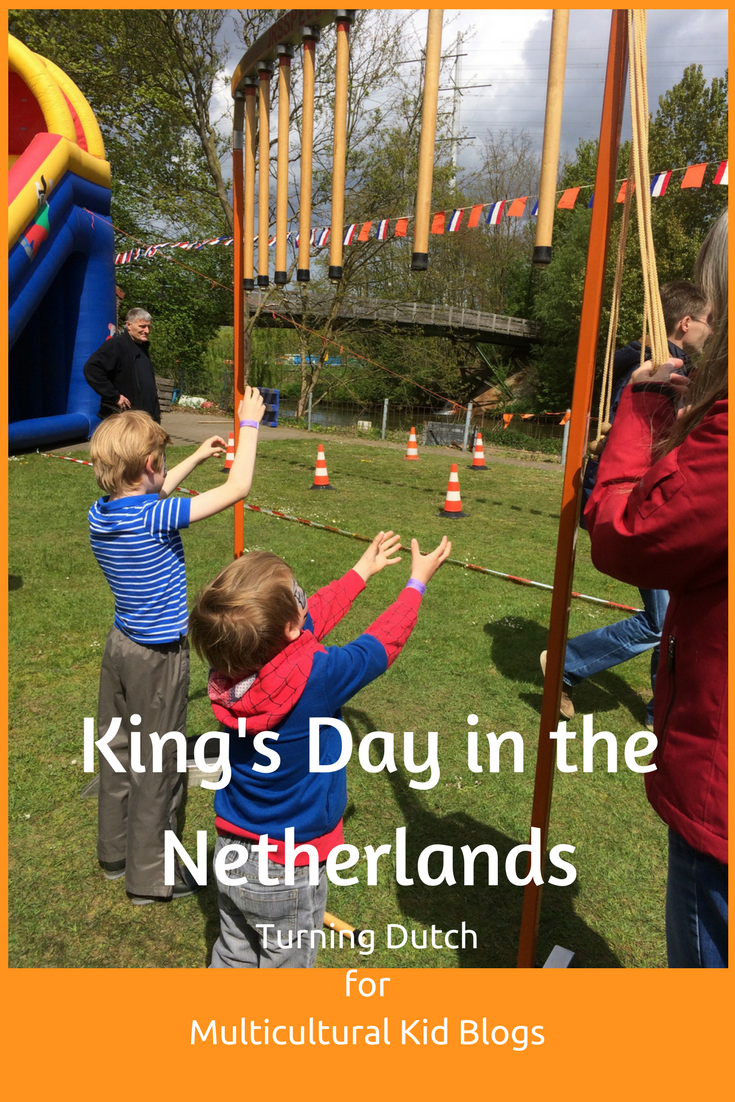 How Does the Dutch King Celebrate King’s Day?

You may be wondering what the Dutch king is doing whilst the nation is partying on his behalf.

He’s joining in. Every year the Dutch royals visit a Dutch town on King’s Day and mingle with the public. In 2018 the King and his wife will be in Groningen, in the north of the country.

Children put on dance performances for the King and his family or sing for them. Sports groups show off their talents and cultural clubs display their skills.

Notably, there are also traditional games for the King and his extended family to play. The Dutch royals really get involved and have fun.

Fly the Flag on King’s Day

You will see the Dutch flag flying on many houses and public buildings on the 27thApril, along with an orange wimpel. It’s an impressive sight.

Must See on King’s Day

The waterways of big Dutch towns and cities are jam-packed with orange-clad boats full of partygoers playing music, dancing, and singing. It’s an amazing sight to see!

If you celebrate King’s Day, let us know in the comments what you and your family to do honor the day!