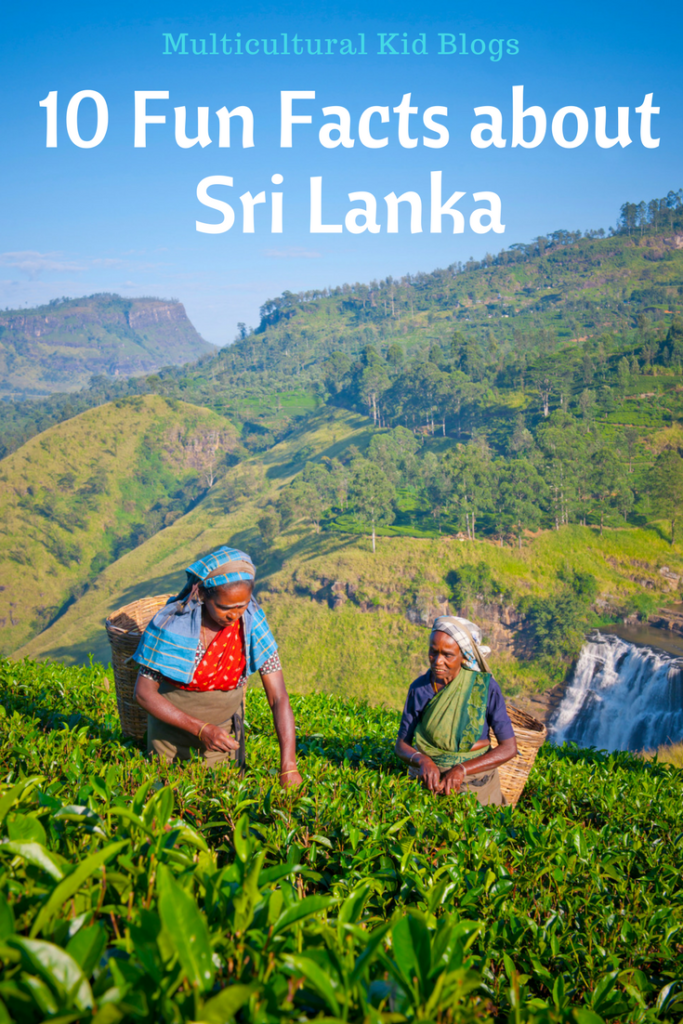 Sri Lanka is the little island in the Indian Ocean off the east coast of India. Some call it “the teardrop island” for its unique shape and “the spice island” for its flavors.

Sri Lanka, once a colony of Portugal then the Netherlands, is now under England. They became independent in the 1940’s but then were raged by a civil war between the Sinhalese majority and Tamil Tigers. The island was open to tourism a couple of years after the war ended. It has now become one of the hot destinations in Asia for both travelers and expats.

One of the things I noticed first when we came to Sri Lanka was that I didn’t necessarily need to speak the language since pretty much everyone spoke or understood English. The two local languages are Sinhalese, spoken mostly in the south and Tamil in the north. All schools teach some English. There are even people who have studied abroad and don’t speak a word of Sinhalese or Tamil!

2. They wobble their heads a lot

3. They eat with their hands

The local dish of Sri Lanka is rice and curry, which consists of a mound of steamed rice surrounded by the greatest curries you could ever imagine. They eat this with their hands — actually only with their right hand. The manner in which it’s done is as if the fingers were a scoop and the thumb the tool to push it all into their mouths. All restaurants have available sinks to wash your hands in before and after eating because nobody wants to have curry fingers all day long. Visitors can eat with utensils, and locals won’t be offended. But if you try and learn it their way they will gladly show you how.

At every party, recreational event or get together, there will be party games for everyone to participate in. From musical chairs to three-legged races, they will play them all. A favorite in school-aged children is to tie a bun to a string and let it hang while the kids try to eat it with their hands tied behind their back. School sports functions have all sorts of fun competitive games and so do company outings. Everyone loves playing games.

One of the best activities to do in Sri Lanka is to take the train from Colombo to the hill country. Known as one of the most scenic train rides in the world, the train takes you from the coast, through the paddy fields and up the mountains through tea plantations to old eucalyptus forests full of mist and magic. The train ride starts in the heat of Colombo and finishes in the cold crisp air of Nanu Oya, in the midst of Sri Lankan tea country. Just in time for tea.

That cup of Lipton tea you drank this morning is quite possibly made with Sri Lankan tea leaves, which is called Ceylon Tea. Lipton tea started in Sri Lanka back in the 1860’s when Thomas Lipton established his estate and mega tea empire. Sri Lankans still drink Lipton tea, with milk and lots of sugar.

After World War II, traditional fishermen created an innovative way of fishing on the shore without boats and nets. They set up stilts that they could sit and fish on. The practice died down after the Boxing Day tsunami but enough photos had been taken of them that tourists were flocking to the island. Nowadays the stilt fishermen are not fishermen at all but actually actors and sit-ins that charge tourists to take pictures of them on the stilts pretending to fish.

The majestic Sri Maha Bodi Tree, surrounded by a temple and in the ancient city of Anurhadapura, is said to be the oldest living Bodhi tree in the world. People believe it grew from the right side branch of the original Sri Maha Bodhi in India where Buddha was illuminated. Pilgrims visit the temple built around the tree every day from all over the island and some from overseas. Crowds abound especially on Poya days. You can buy a plastic laminated leaf of the tree to take home.

Every full moon of every month is a public holiday. Poya is the once a month holiday that falls on the full moon day. This a Buddhist holiday that follows the Buddhist Lunar Calendar. Every month has a special Poya significance, the most important being Vesak Poya which is the day that celebrates when Buddha was born, illuminated years later and finally died. On Poya days you cannot buy meat or alcohol anywhere on the island.

So the next time you’re planning your next holiday, consider Sri Lanka. With a heritage rich in culture, it’s an ideal place to bring the family.

10 Fun Facts About Tanzania for Kids