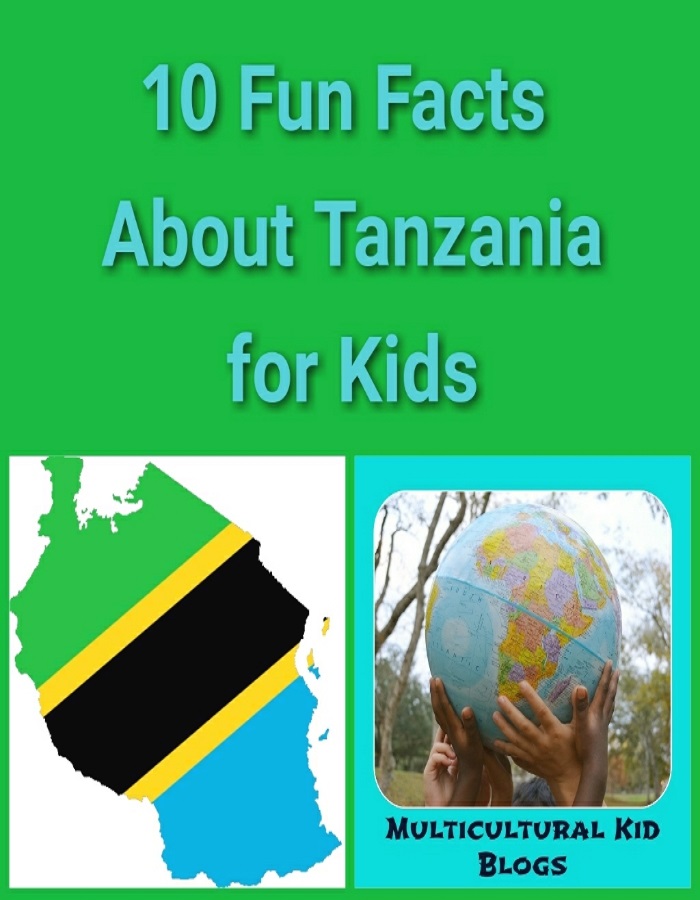 Tanzania, officially United Republic of Tanzania – known in Swahili as Jamhuri ya Muungano wa Tanzania – is a sovereign state in East Africa. It borders Kenya and Uganda in the North; Rwanda, Burundi, and Democratic Republic of the Congo in the West, Zambia, Malawi, and Mozambique to the South; and the Indian Ocean to the East (source: Wikipedia).

Learn more about this beautiful country through these 10 Fun Facts about Tanzania for Kids, a few of which were received from my brother-in-law who grew up, studied, and currently lives there. 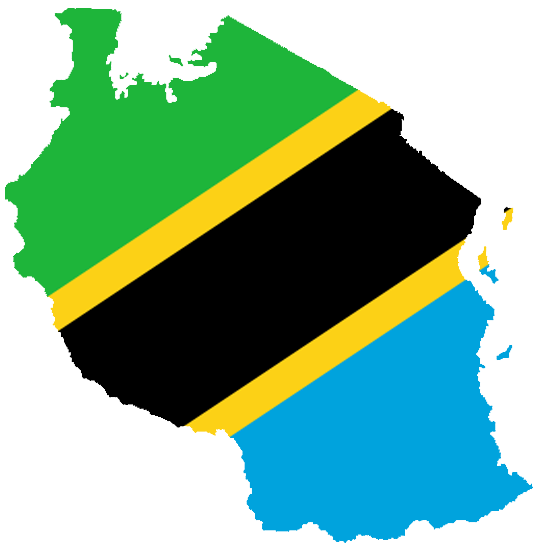 10 Fun Facts about Tanzania for Kids

#1 Swahili and English are the two official languages of Tanzania.

While there are over 120 languages spoken in Tanzania, Swahili is the primary language of the social and political sphere as well as primary, secondary and adult education. English is the language of high schools, colleges, universities, and higher courts. Julius K. Nyerere, the first president known as “Father of the Nation” (Baba Wa Taifa), was the one who unified the language system in Tanzania.

Dar Es Salaam is the former capital which still retains most of the government offices, and it is the largest city in the county.

Dodoma is the present capital where the Presidential office and a few government ministries are located.

#3 Mount Kilimanjaro is the highest free-standing mountain in the world.

It is the tallest mountain that stands by itself and doesn’t belong to a mountain range. It is also the highest peak in Africa.

#4 Over 1/4 of the land belongs to wildlife parks and conservation areas.

The size of this area is as big as Germany and Belgium combined!

#5 The colours on the Tanzanian flag have different meanings:

Green: natural resources of the country.

Black: people of Tanzania whose majority is black African.

Blue: water bodies across the land.

#6 Zanzibar is not a country.

It is, however, a semi-autonomous region of Tanzania, with its own capital and a president.

It is also the birthplace of Freddie Mercury.

#7 Tanzania is a family-oriented nation.

During major holidays and vacations, Tanzanians prefer to spend time with family and close friends.

#8 Tanzanians are very polite and friendly.

People take pride in being polite and there are several mandatory greetings. For example, younger people greet older ones by saying “Shikamoo” (which literally translates as “I’m under your feet”), to which older ones always reply “Marahaba” (“Not too many times”). If you start a conversation without a greeting you are considered too proud and cold. So always have a smile and have some small talk ready when you start a conversation with a Tanzanian!

#9 Food in Tanzania is very diverse.

Ugali, beans, meat, cassava, and small fish (dagaa) are some of the popular foods among Tanzanians.

#10 Football (soccer) is the most popular sport in the country.

Other popular sports are basketball and rugby.

8 Fun Facts about Ghana + Activities and Games to Learn More!

Welcome to our fifth annual Black History Month series! Follow along all month long as we explore the rich history and cultures of Africa and African-Americans.