“I’m Greek-American, where are you from?” he said.  “I was born and raised in Puerto Rico,” I answered.  “I guess we are both American,” he added. And so it began, our multicultural life over thirty years ago.  Two children, two languages, and three cultures.  Finding a balance between all three was sometimes a challenge, but always a treat! 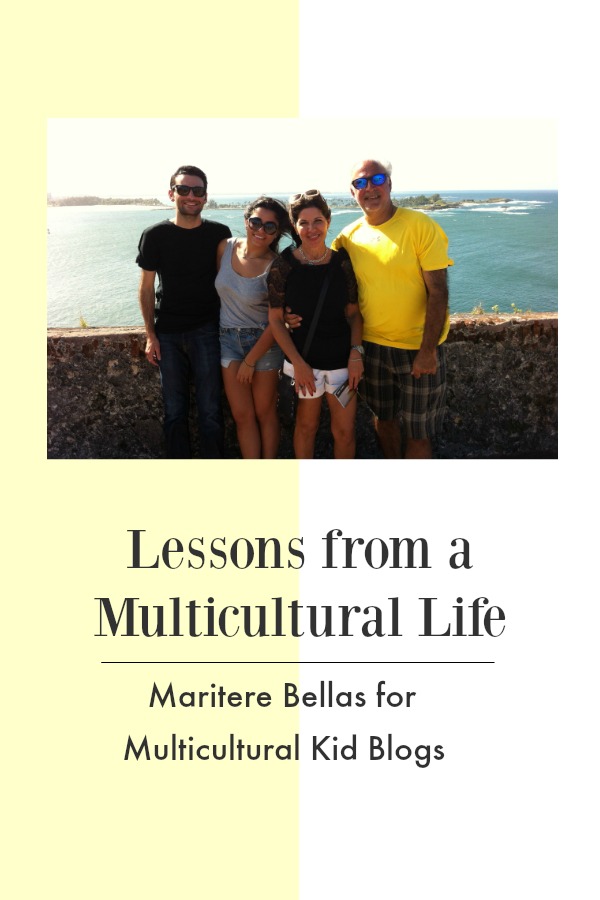 Food being a big part of how we honored our traditions, during the holidays, we would eat turkey with arroz con gandules (rice with pigeon peas) for Thanksgiving. Pork and pasteles (Puerto Rican tamales) for Christmas. Roasted lamb and stuffed grape leaves for New Year’s Eve.  Our children grew up appreciating all their cultures and we really tried our best to give our melting pot its due. And, while it wasn’t always easy, we knew that it was our responsibility as parents to raise them valuing all their roots, and everything that came with that: value system, language, customs, and traditions.  At our house being multicultural was normal from day one and our children never question it.

One of my favorite quotes is by Dr. Maria Roots. She calls it her Bill of Rights for People of Mixed Heritages.  It says, “I have the right…. Not to justify my existence in this word. Not to keep the races separate within me. Not to justify my ethnic legitimacy. Not to be responsible for people’s discomfort with my physical or ethnic ambiguity…” A great guide for parents raising multicultural children! 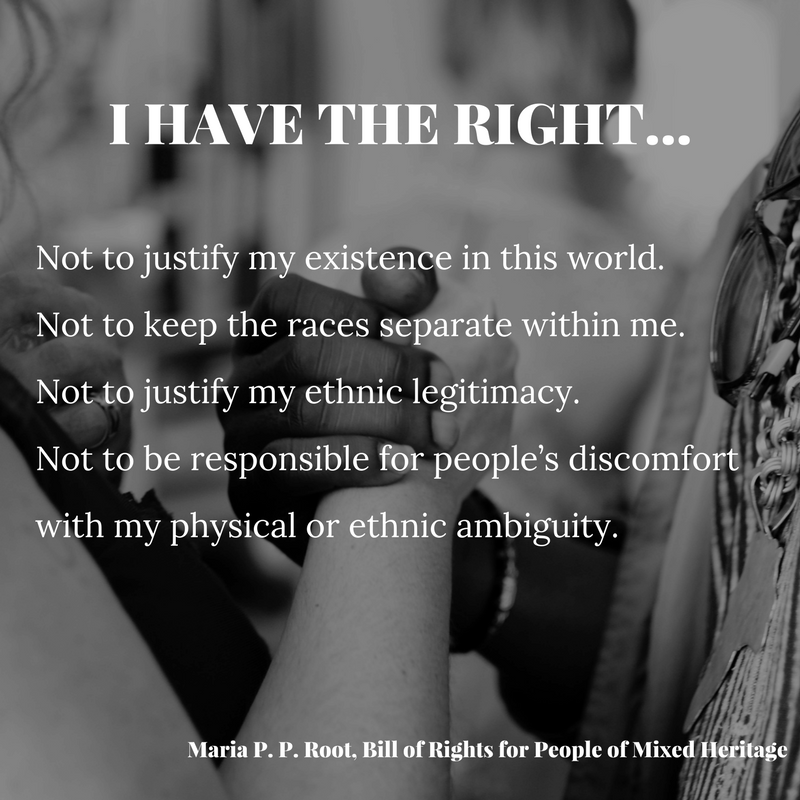 When my children were young, I didn’t have a lot of resources available nor did I live in an area that would allow me the opportunity to reach out to other parents in a similar situation. Today, parents in a mixed marriage raising multicultural children have a myriad of information at the click of their fingers. But, at that time, twenty years ago, what helped me and my husband was knowing that we had each other and that our families supported our journey.

We also sought out Latino families and Greek families, even though we had to drive a distance to be around them.  It was important to us that our children saw themselves in other children and that they experience the warmth of those two cultures.  We also spent the summers in Puerto Rico and visited their Greek grandparents often. It was our way to create a culture of understanding and appreciation towards their diversity.

Little did we know then that our family would be part of a statistic revealed in 2014 by the research and marketing firm, EthniFacts  The study said that most of us are multicultural given where we live and who we marry, among other facts.

My friend Sonia Smith-Kang and her family are also part of this group.  She is Mexican, African-American and her husband is Korean.  They are raising children with all these cultures as well as American. Sonia is the founder of Mixed Up Clothing, a multicultural children’s clothing line inspired by textures and cultures.

Sonia’s list is right on point. At my home in addition to foods, we used music and books to teach our children about their different cultures and customs.  When they were old enough, maybe like five and eight years old at the time, we shared our wedding video. When the music started playing, they both recognized the salsa music and the Greek ballads right away. We knew then, we were going to be ok. Storybooks in Spanish were hard to find so my sister and my mom would send me books for our family library.  We alternated reading in English and in Spanish every evening.  Greek words word harder to teach but my husband did his best to introduce them.

A marriage in any culture has its ups and its downs. It is not always smooth sailing. A marriage with various cultures can be even more challenging.  But I do believe that it can work out. Perhaps the key is communication, the willingness to listen, to compromise and to agree to disagree. There are things that should be discussed before walking down the altar.

In my case, we discussed what religion we would choose to get married in and what religion would our children be raised in and, what would we say to extended family and friends about our choice? What culture if any would be most predominant, what would the parenting style be. Would we raise children with two or three languages? Would we observe all the holidays?  One thing that my husband and I agree to disagree on was where we would live.  I wanted to move to Florida so we could be close to families in Puerto Rico and Ohio, but he wanted to stay in California.  He won out. I compromised. Our marriage survived. Still going strong after 33 years.

I am proud to say that our two young adult children are the people they are today because of having been raised in a multicultural home: compassionate, kind, tolerant and accepting of others, embracing diversity and ready to be citizens of the world.

Are you in a multicultural marriage?  How is it working out for you?

Top Tips For Raising a Multicultural Family Around The World

What Parents of Multicultural Kids Love To Hear

Maritere is an award winning book author, bilingual and bicultural parenting expert. Her parenting column for La Opinión, the largest Spanish language newspaper in the country, was published weekly for twelve years. A digital influencer since the fall of 2014, she is a contributor to Connect Her Media and HipLatina.com, a guest writer for Huffington Post, and has been featured in Ser Padres, Latina Style, and El Nuevo Día, among others. She blogs at www.maritererodriguezbellas and appears regularly on Spanish language media (Univision and Telemundo). Maritere is the author of Raising Bilingual Children/Cómo Criar Niños Bilinguesand Arroz con Pollo and Apple Pie: Raising Bicultural Children. She raised two children with two languages and three cultures. Maritere and her Greek-American husband live in Southern California.