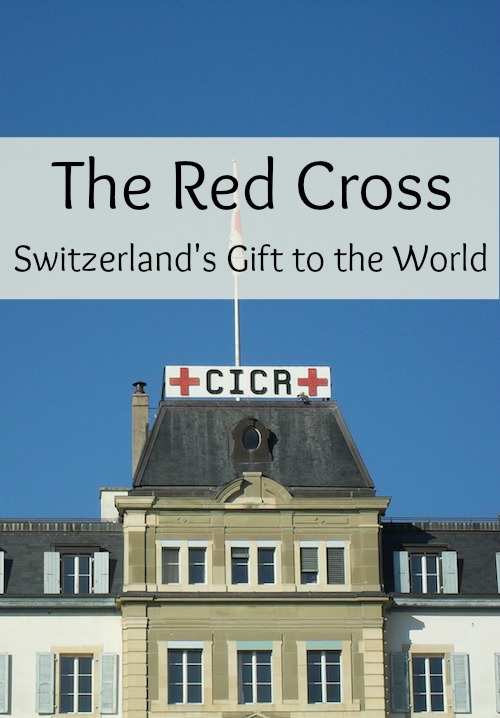 Switzerland is a small country that gave the world a large gift, the gift of the Red Cross.  Thinking about Switzerland there are different images that come to mind: chocolate, mountains, watches, banks. But I think that one of the biggest contributions to the world given by this country is the creation of the Red Cross movement in 1863. Since that time it has grown into the largest humanitarian network in the world, with a presence in nearly every country.  Today this network of national Red Cross and Red Crescent societies is powered by 13 million volunteers, helping roughly 284 million people every year (source: Red Cross).

I was part of the Red Cross in Italy and it is engraved forever in my heart. That’s why I love the idea of explaining to my children the principles and the work of this amazing organization. 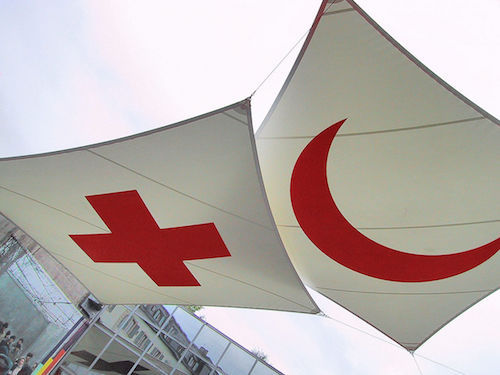 The Red Cross symbol used by the International Committee of the Red Cross, a red cross on white background, was based on the Swiss flag by reversing of the colors of that flag, in order to honor its inventor and co-founder, the Swiss Henry Dunant and Switzerland, where the first Geneva Convention was held in 1864. Later the emblem of the Red Crescent was adopted and, since 2005, a third one, that of the Red Crystal.

History of the Red Cross

The idea of establishing the Red Cross belongs to Swiss businessman Henry Dunant, who was shocked to discover in 1859 that thousands of wounded soldiers on both sides after the battle of Solferino were left to die alone and without medical care on the battlefield. His proposal for setting up national relief teams of trained volunteers to provide assistance to all in need in time of war became accepted, and in 1863 a committee was established in Geneva, which in the next year led to the establishment of the International Committee of the Red Cross.

From 1864 to 1949 four Geneva Conventions were signed specifying the status of medical services and of the wounded on the battlefield, covering all activities of the Red Cross, both in time of war and in time of peace. Since then the Red Cross has developed into the largest humanitarian organization in the world, providing assistance to millions of people all over the world through its two basic international organizations and 190 national societies.

The mandate of the International Committee of the Red Cross is to protect the life and dignity of people and to provide assistance to the victims of war and civil strife all over the world, while the International Federation of Red Cross and Red Crescent Societies has as its mandate the improvement of the life of vulnerable people worldwide by mobilizing the power of humanity.

Here there is a nice video on YouTube my kids watched (I think it is suitable for 6 years old up, but it depends on the child, please watch it before showing it to children) à history of the red cross cartoon for children

Agreed upon 51 years ago in Vienna, the seven Fundamental Principles are what make the Red Cross movement unique, effective and global. The first four fundamental principles – humanity, impartiality, neutrality and independence – guide its work and the work of many humanitarian organizations. But for the Red Cross they are indivisible from the other three principles: voluntary service, unity and universality. Taken together, these principles define the Red Cross Movement.

Visit the International Federation of the Red Cross and Red Crescent Societies  to discover many resources, games and videos.

For younger children here there is the cartoon explaining the principles very clearly (my kids loved it!): Cartoon -Red Cross 7 Principles. 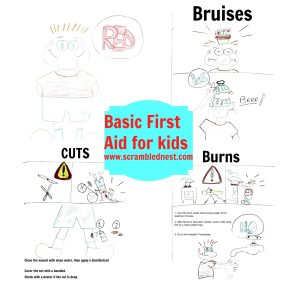 To show the kids some basic first aid, I have created little cartoons about cuts, bruises and burns.

For a more extensive training, I’ve found lots of resources on the British Red Cross Website (also for the parents): First Aid Education for Children and Baby and Child First Aid

We had great time learning about this amazing organization. 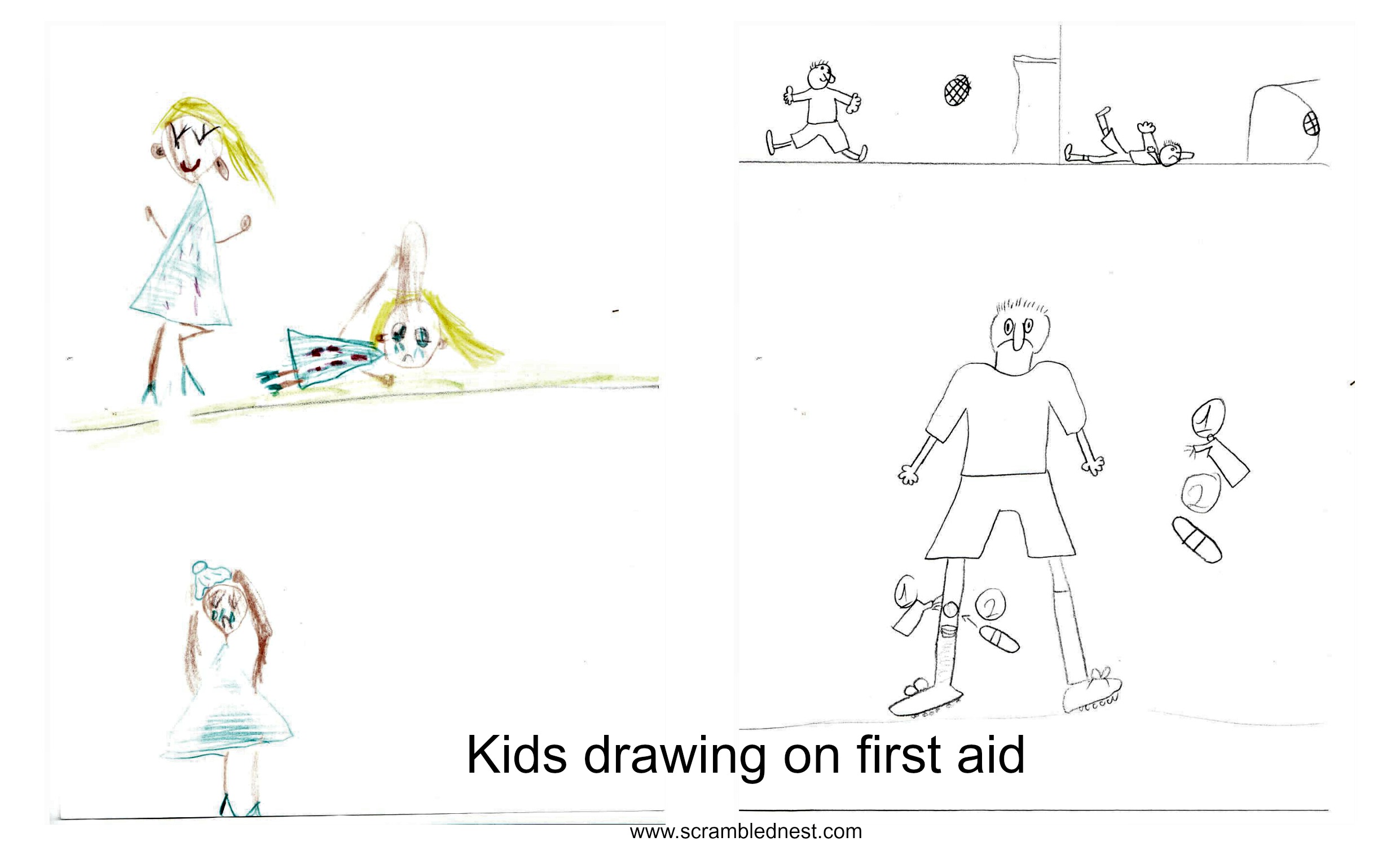 A big thank you to Switzerland and to all the members of the Red Cross!

Hi there! I am a working mother of two, living in Luxembourg in a little nest that often gets scrambled by life! Join me in this ride full of ups and downs, you will find lots of ideas for crafting and cooking with kids.

Latest posts by Stefy (see all)