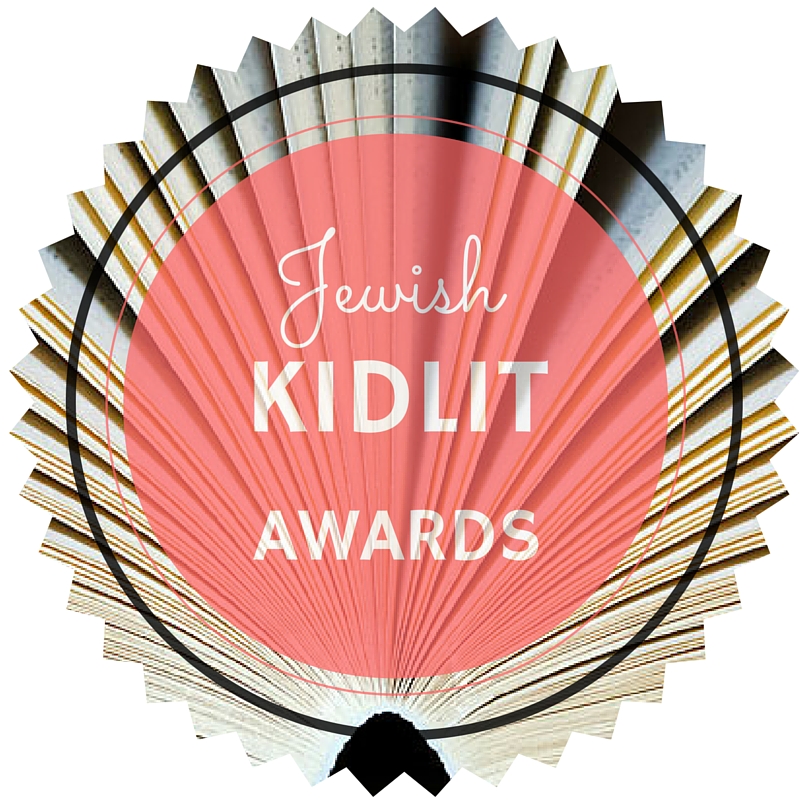 The #WeNeedDiverseBooks movement has brought much-needed attention to children’s literature with diverse characters and themes, but recognition for these books is not a new idea. Youth literature awards exist for minorities from American Indians to the gay/lesbian/bisexual/transgender community to the differently abled. As a synagogue librarian, my particular minority focus is on awards for literature of Jewish interest. The Association of Jewish Libraries, the Jewish Book Council, and the Canadian Jewish Literary Awards have been promoting quality Judaic kidlit to Jewish and mainstream audiences for decades.

The purpose of these awards is to celebrate and promote the continuing publication, sales, and reading of books that authentically portray the Jewish experience. Award-winning titles engender pride in Jewish readers while building bridges to readers of other backgrounds. As with other ethnic awards such as the Coretta Scott King Book Award for African American literature, winning Jewish kidlit titles appeal to all readers and should be read and celebrated both within the community depicted AND far beyond it.

As those familiar with the genre of Jewish kidlit might expect, awards have gone to stories and nonfiction about holidays, folktales, immigration, and the Bible, as well as Antisemitism and the Holocaust. But unusual topics and formats have also been winners: graphic novels like the Hereville series by Barry Deutsch, biographies of Jewish figures from American colonial patriot Haym Solomon to Olympian athlete Bobbie Rosenfeld to composer Leonard Bernstein, pop-up books like Chanukah Lights

by Michael Rosen, stories of cross-cultural understanding like Shanghai Sukkah

by Heidi Smith Hyde or As Good as Anybody

by Esther Nisenthal Krinitz, and more. As publishing gets more creative and diverse, so too do Jewish kidlit titles.

Each January, winning titles for children and teens are announced by the Association of Jewish Libraries and the Jewish Book Council; the Canadian Jewish Literary Awards are announced in September. Authors and illustrators receive their awards at gala events held by each organization. The best way to keep track of Jewish kidlit winners is to watch the websites and/or follow social media for these organizations.

The Association of Jewish Libraries (AJL) established the Sydney Taylor Book Award in 1968. Books are recognized in age categories of Younger, Older, and Teen Readers. Since 1985, AJL has also offered the Sydney Taylor Manuscript Award for unpublished works of Jewish kidlit aimed at 8-13 year olds. To be kept in the loop for award announcements, watch AJL’s website and blog People of the Books, AJL on Facebook, or @jewishlibraries on Twitter.

The 2016 winners of the Sydney Taylor Book Award are: 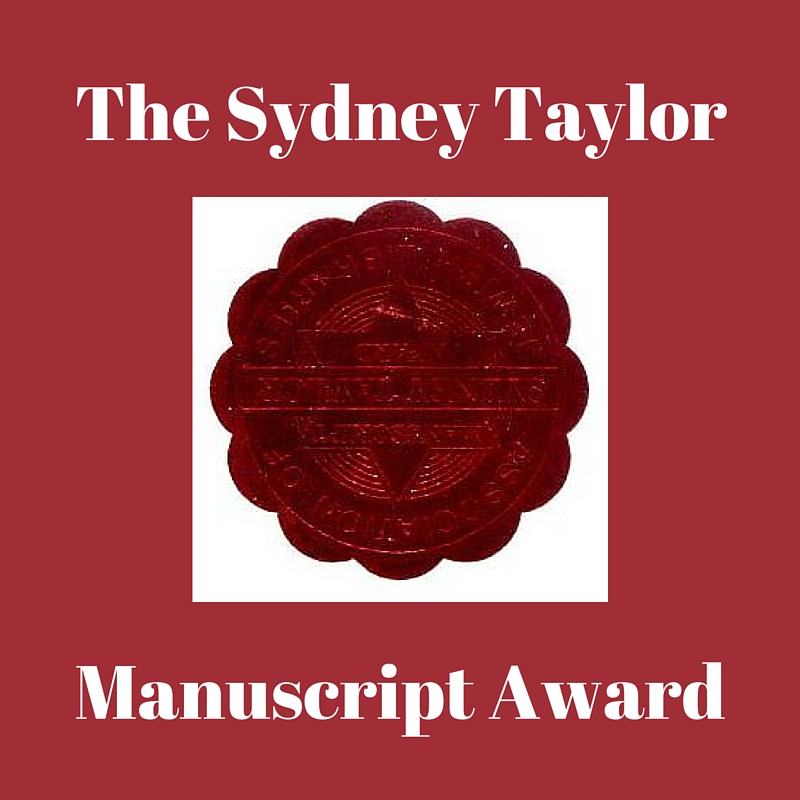 The 2016 winner of the Sydney Taylor Manuscript Award for unpublished works is “Honey and Me” by Meira Drazin. Click here to learn more about Honey and Me. 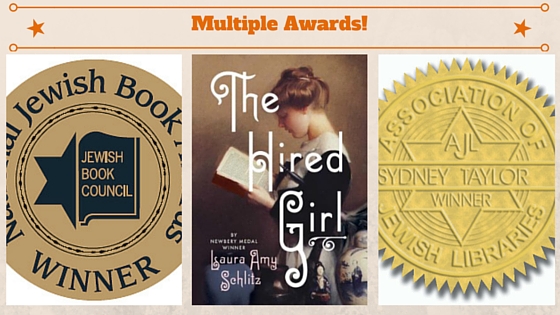 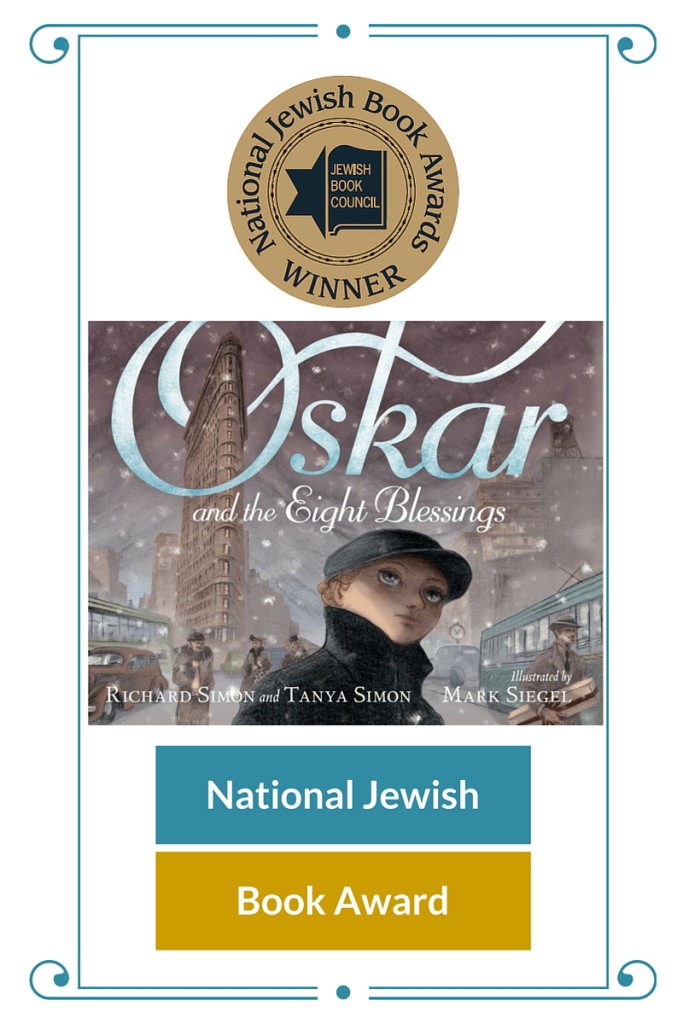 The 2015 winner of the National Jewish Book Awards for youth are: 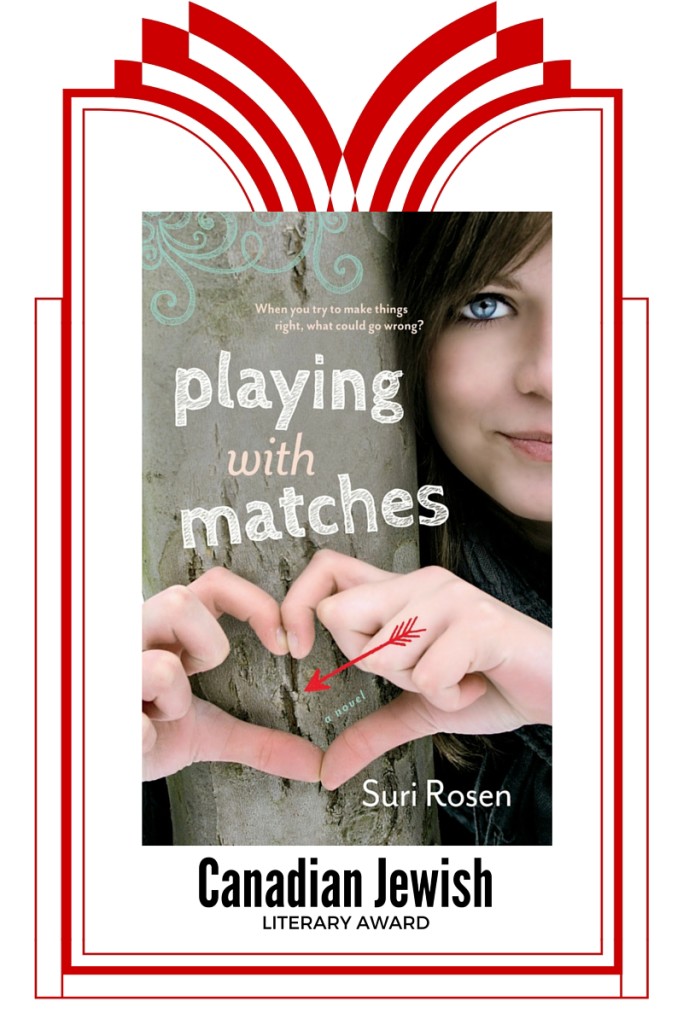 The Canadian Jewish Literary Awards were established in 1987. Sponsorship has moved among several organizations over the years; in 2015 the Israel and Golda Koschitzky Centre for Jewish Studies at York University sponsored and administered the award. Keep an eye on the Youth Literature category at the CJLA website.

Jewish-interest books often win secular recognition as well. Just in the past year, The Boys Who Challenged Hitler

by Margarita Engle won the Pura Belpré Award for Latino books and was a finalist for the YALSA Award for Excellence in Nonfiction for Young Adults; and Simon vs. the Homo Sapiens Agenda

by Becky Albertalli won the William C. Morris Award for a debut book published by a first-time author writing for teens, and was on the longlist for the National Book Award.

The Sydney Taylor Book Award Blog Tour is an annual virtual book tour for authors and illustrators who’ve won gold or silver medals from the Association of Jewish Libraries. A wide variety of blogs host interviews with winners, and links are rounded up at AJL’s People of the Books blog at jewishlibraries.org/blog.

Jewish Kidlit All Year Round

Even when it’s not awards season, the blogosphere is talking about Jewish kidlit. Here are a few sites that will help you keep abreast of the genre.

For Jewish readers, these titles are mirrors that reflect and validate their own experiences. For other readers, Jewish kidlit titles are windows that showcase the world’s diversity and humanize people who are different. For all readers, these award-winning Judaic books are highly enjoyable works of art and literature, crafted with skill and care by Jewish and non-Jewish authors, illustrators, and publishers. “Mazel tov” (congratulations) to every award-winner, and “Barukh haba” (welcome) to every reader!