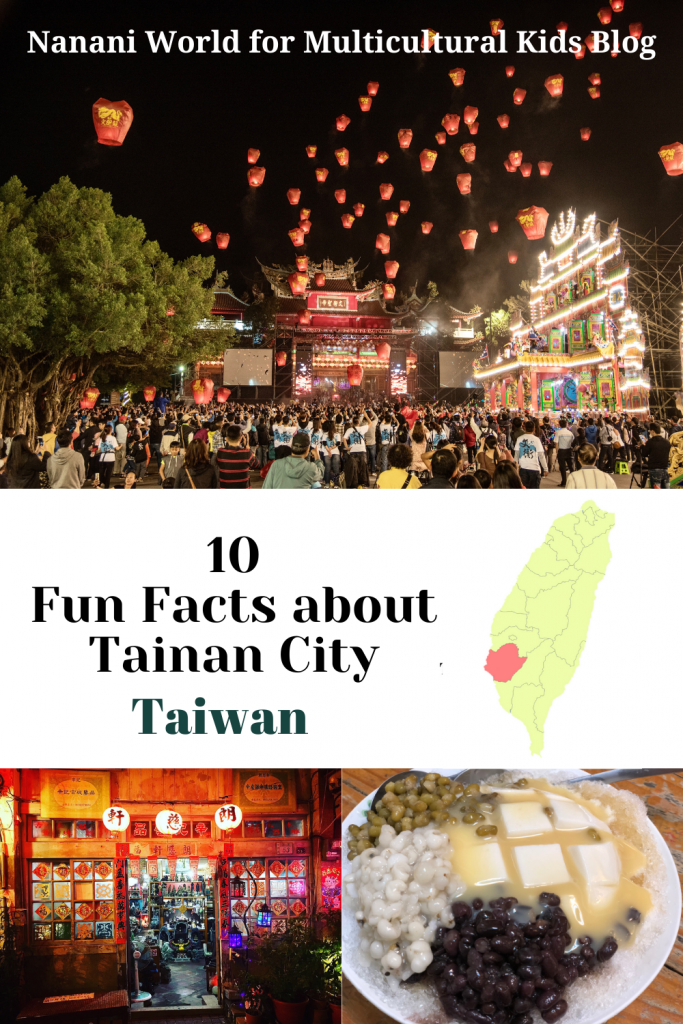 Tainan is the oldest city in Taiwan. It’s located on the southwest coast, has a population of 1.9 million people, and spreads across 37 districts. Tainan City has been flying under the radar for most travelers. However, it’s considered one of Taiwan’s greatest hidden gems. It’s famous for its historical significance. And, it remains one of the main economic, political, and cultural hubs of Taiwan.

I am from Taiwan. Before beginning my journey around the world, I was born and raised in Tainan City. Most of my family members still live there, and it’s a place I called home. When I think about Tainan City, I think about cultural heritage. Tainan City reflects all aspects of the local people – their history, religions, architecture, businesses, food, and gastronomy.

The city retains this heritage by promoting the fundamental value of its culture. Local governments integrate urban development with environmental improvements. And, they maintain Tainan’s aesthetic, cultural, and historical importance even though it’s a modern urban center.

1. It’s the former capital of Taiwan 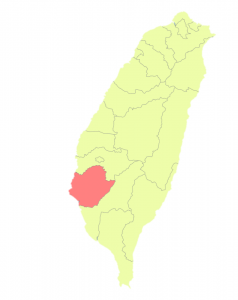 In 1624, The Dutch East India Company (VOC) established the city as a trading base. In 1661, Zheng Chenggong, a Chinese Ming Loyalist, defeated the Dutch. He then built the Formosa Kingdom, which lasted until 1683.

In 1683, the Qing Dynasty army annexed Taiwan, adding it to the Qing Dynasty map. They officially named the region Fukien-Taiwan Province and established Tainan Prefecture. In 1895, the Treaty of Shimonoseki ceded the island to Japan.

Tainan City was Taiwan’s capital from 1683 to 1887 until it was shifted to Taipei.

2. Its local language is Taiwanese dialect

Taiwanese dialect (Tâi-gí) is widely spoken throughout Tainan City. A majority of the residents consider it their first language, and I use Taiwanese dialect when talking to my parents and grandparents at home. However, the younger generations from Tainan are mostly bilingual in Mandarin and Taiwanese dialect.

When the Chinese Nationalist Party arrived in 1949, they carried out a “Mandarinization program.” They deployed a “language policy” throughout the country that enforced speaking Mandarin only. Taiwanese dialect was banned from schools, military service, and government offices. Students were fined for speaking the dialect when I was growing up. However, many Tainan people resented the restrictions on their mother tongue and still used it when talking to each other privately. After the Taiwanese dialect movement in the ’90s, young generations began taking pride in speaking it.

Any visitor will be easily identified as a “foreigner” in Tainan city without speaking the Taiwanese dialect. Remember to learn a few words before heading south. Not only is this the best way to experience the culture, but locals love to hear you speak it and will welcome you with open arms. 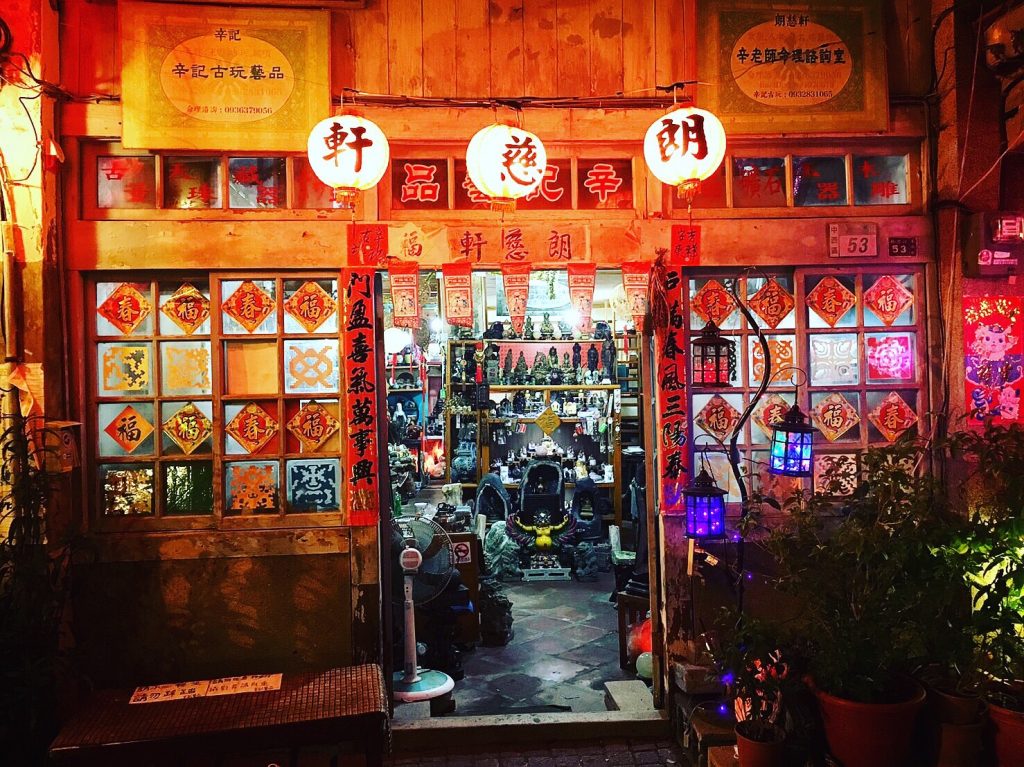 Walking in a few particular areas in Tainan will feel like being in the middle of a 400-year-old space. The city has a rather complex history. Many foreign powers ruled the city, with the Dutch Occupation, the Zheng period, the Qing Dynasty, the Nationalists, and the Japanese Colonial Era. The story underlying the city therefore encompasses both beauty and sorrow.

Tainan is currently a national treasure. Several architectural buildings from these periods are still well preserved, making it the perfect city for budget-friendly cultural exploration.

4. Its temples are highly respected

Taiwan has over 12,000 registered temples, and Tainan city accounts for a total number of 1,623, without counting the shrines and smaller private temples. In fact, Tainan City has more temples and religious events than any other city in Taiwan.

Tainan City is home to some of the most characteristic temples:

5. It’s the culinary capital of Taiwan

People in Tainan love to eat; food is a way of enjoying life. Local people live to eat, not eat to live! Tainan City has the reputation of being a paradise for foodies, and the city offers food around the clock.

Many locals start their breakfast with fish-porridge, vegan sticky-rice-dumpling, or beef soup. Desserts and snacks are served throughout the day. And, you can still finish the day in one of the largest and the most authentic night markets in Taiwan.

Tainan City is also the food museum of “century restaurants in Taiwan.” Visitors can easily find restaurants that are over three-generations-old. Heritage shapes the local food culture. 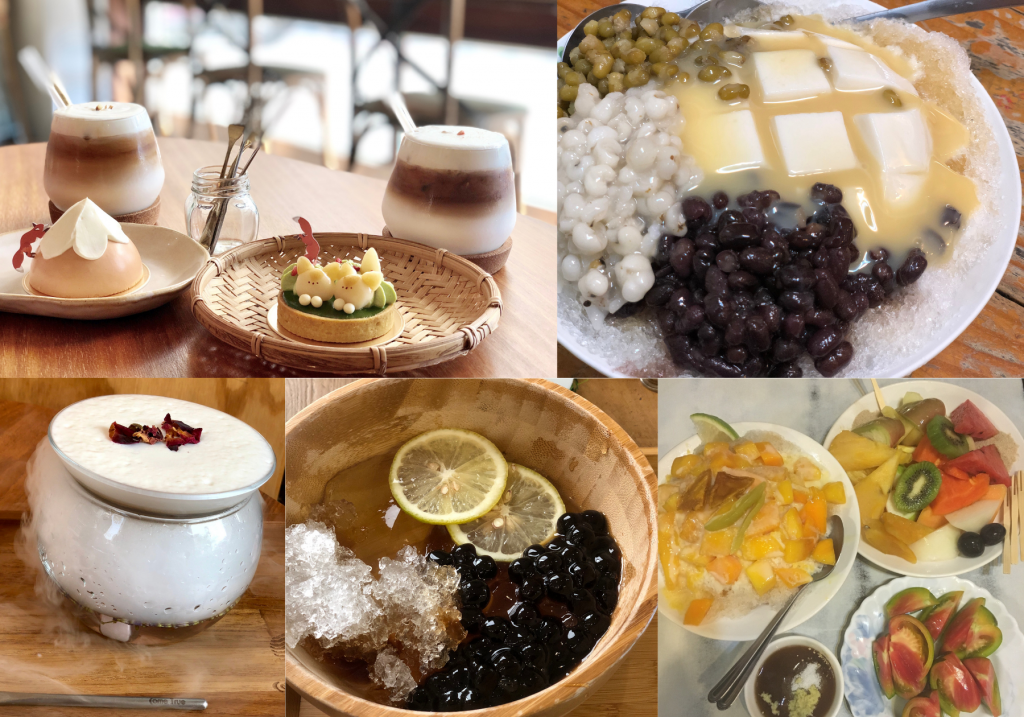 Tainan is commonly known as the “sweet tooth capital” of Taiwan. In general, Tainan dishes tend to be sweeter than other parts of the island; many believe it is because the city was once Taiwan’s sugar production hub.

Tainan’s 400-year-old history has developed a reputation as a dessert city. With fresh fruit stands, shaved ice, winter melon tea, and soy milk pudding, there are endless ways to indulge any time of day.

Bubble tea is Taiwan’s long-standing cultural food phenomenon! Traditional bubble tea is a sweet drink that combines milk tea with tapioca pearls. The concoction is sucked up through an extra large straw.

Bubble tea was invented in the 1980s in Taiwan. However, the origin of the recipe remains controversial, even today. The two largest international teahouse chains in Taiwan – Hanlin Tea Room from Tainan and Chun Shui Tang based in Taichung – continue fighting for the title of “the first bubble tea.”

In the early days, the DPP controlled the southern part of Taiwan. The Nationalist Party of China, known as Kuomingtang (KMT), governed Northern Taiwan. Over the years, several cities shifted their political preferences, but Tainan has always remained an important base for the DPP.

Tainan City is nationally known for its roundabouts. In the early days, the streets of Tainan City formed a maze-like design, making the densely-populated city challenging to navigate. The Japanese, during the Colonial Era, restructured the roads, which improved both transportation and disaster relief.

Tainan City currently has five roundabouts, more than any other city in Taiwan.

The traditional “16-Year-Old Ritual” is an important event for the local people in Tainan. Centuries ago, child workers were paid half of the adult salary until the age of 16. Therefore, it is a ceremony to celebrate entering adulthood.

When I turned 16, my grandmother brought me to Kailong Temple, the most famous temple for the coming-of-age ceremony. The celebration’s rituals are simple; prayers will crawl under the goddess table for blessing and burn spiritual money for the immortals. The Tainan City Government organizes the 16-Years-Old Coming-of-Age Ceremony annually, and everyone is welcome.

Tainan is a city that will touch your heart if you can slow down your pace and experience passion from the local people. Taiwanese people are amicable in general, but the further south you go, the friendlier they are. If you can speak a few words in the Taiwanese dialect, Tainan people will welcome you with the warmest heart.

Hi, My name is Hsin and I am a third-culture kid from Taiwan, I have two daughters with a multicultural background. We moved 11,000 km from Taiwan to Barcelona where we are now based to embrace multiculturalism and establish family values of our own.