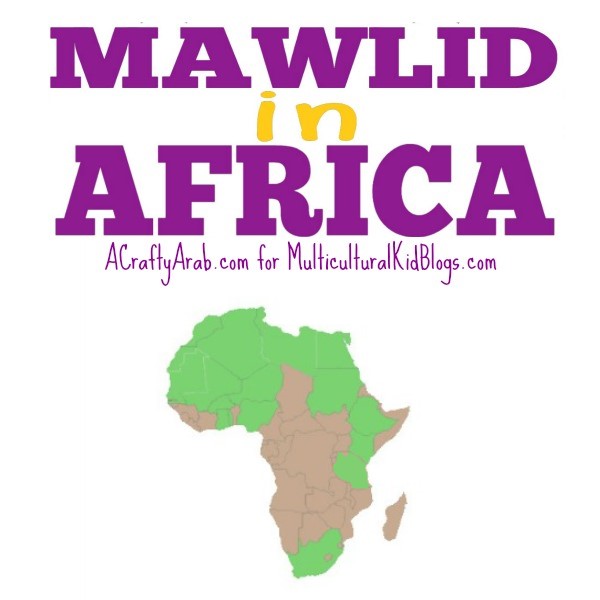 Mawlid al-Nabi (Arabic: مَولِد النَّبِي), also called Mawlid, is a festive observance of the birth of the Prophet Muhammad (pbuh) by some Muslims. It is a cultural expression, and not a religious obligation or global practice. Due to Islam using a lunar calendar, Mawlid will occur this year on October 29th, 2020.

Muhammad (pbuh) is the founder of Islam and believed to be the final Prophet of Allah (God). The exact date of Muhammad’s (pbuh) birth is not known, but a custom of celebrating his birth on a particular day grew after His passing.

In Islam, there are two sects, Sunni & Shia. While many Muslims in both celebrate Mawlid in Rabi’ al-Awwal (the third month in the Islamic calendar),  the Sunni commonly observed it the Twelfth whereas the Shia celebrated on the Seventeenth.

The first documented Mawlid celebrations were held in the 11th century in Egypt, and included not just Muhammed (pbuh), but other Islamic leaders. These gatherings were simple processions of court officials, held in daylight hours, that culminated in the recitation of khutbahs (religious sermons).

The festivities grew over time and started to include a variety of expressions used to teach about the Prophet’s way of life, which Muslims seek to emulate. Some took place in private homes, others in decorated masjids (mosques) that held joyful communal celebrations. These large cheerful gatherings included music, feasting, torchlit processions, devotional poetry, street carnivals, sharing fellowship with loved ones or listening to khutbahs.

The African Mawlid festivities are somewhat different from those observed in the Middle East or Asia. Even the name of the celebrations differs according to the country or region of the continent.

For instance, in Sudan the Mawlid celebrations are called Havliye, in Mali it is Donba (as “The Big Day”), in Nigeria it is Gani-gani-rite de passages, and in Togo fête des couteaux. In Mauritania, Mawlid is called Aid El Maouloud. In Burkina Faso and parts of Ghana the holiday is called Damba in Dagbani, Damma in Mampruli and Jingbenti in Waali. The festival is celebrated in the Dagomba lunar month of Damba, corresponding to the third month of the Islamic calendar, Rabia al-Awwal.

In many African countries, Muslims have always combined their own customs, rituals, and traditions with religious celebrations, resulting in a very colorful and enriched celebration of Islamic culture.

In Eritrea, the holiday is called Eid-Mawlid Al-Nabi and celebrated across the nation, attended by senior government officials, religious leaders, Ambassadors, and diplomats as well as thousands of the faithful.

In Senegal, for instance, the Mawlid celebrations are one of the most important opportunities for coming together in the capital Daka. On this important day, many visitors come to the city for activities at the Great Mosque of Touba, one of the largest mosques in West Africa, from other regions.

Mali is another country where Mawlid celebrations are held. On this blessed day, Muslims gather in mosques to hold congregational salah (prayers) and sing hymns. In Timbuktu, a historical city in Mali, Muslims fast on the eve of Mawlid and read religious texts. In Djenne, a historical Mali city, and in many other cities, artisans, farmers, workers, and merchants recite poems in praise of Prophet Muhammad (pbuh).

In the region that lies between Niger and Benue in Nigeria, the Mawlid celebrations last for seven days. While the day is declared to be holiday, competitions of Quran recitation are organized in schools, Islamic texts are translated into the local languages and sketches reenacting some parts of the Prophet’s life and important events in Islamic history are performed.

The Ethiopian Muslims prepare for the celebration of Mawlid days before. After spending the morning praying and listening to the imam (religious leader), they sacrifice animals and distribute a part of the meat to the poor. They then observe this day with their Christian neighbors, inviting them to eat Ethiopian traditional food. Gifts are presented on the day. Colorful processions are held and there is dancing, singing, and great feasts.

In Tanzania, the Muslim population is small, yet banners and other decorations are still hung in the town squares to welcome the holiday.

In Cape Town, South Africa women have gathered for hundreds of years at their masjid to cut and scent lemon tree leaves, fold them in wrapping paper or small pieces of material, and gift them to men as part of an annual tradition known as ‘rampies sny’. The word ‘rampies’ originates from the Malay word ‘rampai’ for mixture and ‘sny’ is the Afrikaans word for cut. This is indicative of the cross-cultural Cape heritage where language, race and cultures have intermingled. Malaysians more specifically refer to the ceremony as ‘bunga rampai’. While cutting the leaves, women recite Islamic praises for Prophet Muhammad (pbuh)  and remember Allah. After the leaves are cut, they are placed in a basket to undergo ‘oeker’, which means that they are prayed upon, in Arabic, asking for Allah’s blessings. Originally the idea was for hygienic purposes, as the Prophet Muhammed (pbuh) stressed how cleanliness is next to Godliness; however, over the years the lemon scented gift has been used to fragrance any area.

In North Africa, one important tradition for everybody is to try as a community to participate in reading the Quran and Mawlid texts as a chorus.

In Egypt, Muhammad (pbuh) ‘s birth date is celebrated by illuminating the city of Cairo and with special performances, including a dhikr, Islamic devotional acts, in which phrases or prayers are repeated.  A famous 13th century poem, “Qasida Burda,” is often read in praise of the Prophet Muhammed (pbuh) and the mercy He has brought. Children are given sugar dolls, a practice made popular after a 12th century ruler went with one of his wives in a public government procession to celebrate Mawlid. His wife looked so beautiful wearing a white gown that a confectionaries modeled a doll, Arouset Al-Mawlid, (Bride of Mawlid) out of sweets to emulate her look. As for the ruler, he was portrayed as a knight on his horse, which became known as Housan Al-Mawlid (Knight of Mawlid) afterwards.

In Libya, Muslims dress in traditional robes and lead processions, chanting hymns to the beat of darbuka (drums) and cymbals. Homes are cleaned for days before and decorated with a khamsa. Children often prepare essays or skits that present important teachings or events in Muhammad (pbuh) ’s life. Musicians, jugglers, and assorted entertainers attracted people who come in to celebrate from the countryside.

In Qayrawan, Tunisia, Muslims sing and chant hymns of praise to Muhammad (pbuh) , welcoming Him in honor of His birth. Also, generally in Tunisia, people prepare Assidat Zgougou (a traditional dessert made with seeds of Aleppo pine, sugar, flour, starch, water, and rosewater) to celebrate the Mawlid. Money and food are distributed, also known as zakat (charity).

Street processions, charity and poetry related to the Prophet Muhammad (pbuh)  are the major events observed in Algeria during the celebration of this day. People decorate their cars, buses, and attend numerous khutbahs’ to preach and impart the beautiful teachings of the Prophet. Also, the people of Algeria celebrate not only the day of Mawlid un Nabi that is 12th of Rabi-ul-Awwal but the festivities begin as soon as the crescent of the third month appears. There are religious poems which are recited, and praises are sung in the masjid.

In Morocco, a mawkib alshumue a candle convoy, is held. This artistic and religious carnival includes participants carrying large frames of wood inspired from the Islamic architecture, decorated with colorful candles in various shapes. the end of the march, at night, participants engage in “The Dance of the Candle.” The candles light up the streets while the attendees start dancing to traditional Andalusian music and Madih songs, songs that praise the Prophet (pbuh). The celebration ends with a feast, featuring various Moroccan dishes. This carnival starts a week of festivities.

The various ethnic immigrant groups in the Muslim community bring their distinct African customs to the festival observance of Mawlid al-Nabi in America. Some Islamic centers multicultural masjids may hold programs for children, where they learn about the character and life of the Prophet Muhammad (pbuh) on a special day. While some parents may choose to celebrate at home, starring new traditions with their children, like creating a good deeds centerpiece!

Do you have any cultural celebrations, that may or may not be attached to a religious event, that you celebrate with your family?