I recently moved to Groningen and loved learning more about my new home. It helped me appreciate where we live and affirmed my family’s choice to move to a lesser-known part of this Viking country. Even average Dutch citizens will admit to never having visited this province in northern Netherlands. 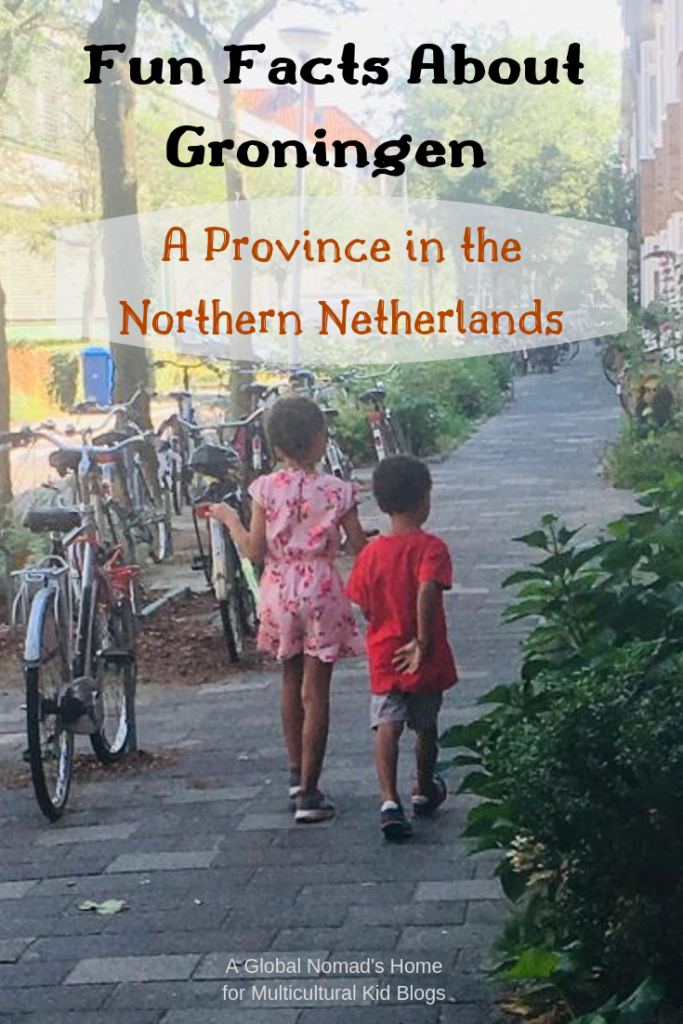 A Hidden Gem in Northern Netherlands

Not only is Groningen a quintessential piece of medieval Europe, but it’s also a tight-knit community of Groningers who have lived here for nearly 1,000 years. It is a 21st-century fixer-upper in which plaques adorn many buildings. They announce the dates and names of the people who founded the city in the Middle Ages. What makes it a hidden gem begins with its most recognizable feature – the Groningen Centraal.

According to a newspaper article, this station was recently named “The most beautiful train station in the Netherlands.” This historic feature first opened in 1866. It still retains its grand entrance hall. Similarly, it boasts its “original coffered ceiling, stained glass windows, and a towering art nouveau tableaux created by famed Groningen artist F.H. Bach.” The building also includes possibly the most beautiful Starbucks coffee shop in the world. An exit from the train station reveals the city’s skyline which can be traced using the Martini Tower. In essence, the tower is the compass from which all corners of the city can be explored.

When we first visited Groningen, our taxi driver cheerfully exclaimed, “Welcome to Groningen, a city with a population of 200,000 people and 300,000 bicycles!” Groningen is officially considered the Number 1 cycling city in Europe. Four-year-olds cycle ahead of grownups along four-way streets, often without helmets. Plus, Groningen is one of the most noiseless and least polluted cities in the world. The occasional clinking of the bicycle bell is a welcome, reassuring sound. Here, children learn how to ride a bike in a natural and carefree way.

2. Nobel Prizes and a History of Gender Equality

The University of Groningen (RUG) sits majestically at the center of the city for more than 400 years. The University’s impressive list of alumni includes four Nobel Prize winners, five Spinoza Prize winners, the first president of the European Central Bank and even a Secretary-General of NATO. Aletta Jacobs made history 150 years ago as the first woman in the Netherlands to be granted approval to study at a university. As such, RUG is one of the world’s pioneers of the suffrage movement. In fact, many buildings and streets are named after Aletta Jacobs. Visiting the campus with young children provides an exceptional opportunity to discuss equality as a mark of global citizenship.

What could possibly make a city more vibrant than having a mass concentration of young and energetic residents? With the average age set at 36 years, the city buzzes with optimism. Smart innovations, modern designs, and futuristic ideas impress visitors. The city pushes toward a more sustainable future as can be seen through Handmade Hopes. This concept store also serves as a daycare center for young adults who are temporarily unable to go to school. At the shop, these adults rediscover their natural talents as they create magnificent products to sell.

The potato is a Dutch staple that Groningers take very seriously. In fact, there is a Potato Harvest Festival. This celebration marks the largest horticultural product export from the province of Groningen. Most of the potato starch that you find in your sauces are likely made here. The fun-filled potato harvest festival in the autumn attracts a vibrant audience.

Groningers and the Frisians enthusiastically debate the exact origin of the poffert, a tin-cake served hot with butter. It is perfectly acceptable to serve it for dinner as a meal. Often called a “traveler’s food” for its heaviness, its main ingredients are buckwheat, yeast, and raisins. In short, it’s a delicious gluten-free and wholesome treat. Groningers are said to have named a hamlet after this delicacy. When the “Real Grönneger Poffert Day” launched three years ago, poffert was designated as a regional dish.

Sights You Must See

About 537 years ago, the Martini Tower was built to mark the territory of Groningen. It remains the tallest building in the city, having withstood several gruesome battles. They say “The clock is always watching.” The tower’s clock bell still chimes every 15 minutes as it has since the last battle of Groningen in World War II. Visitors can explore all 250 steps. Furthermore, children can enjoy an adventurous treasure hunt designed to help them reimagine what it was like for the tower watcher. The watcher climbed all the way to the top once a day to check if all the bricks were in their right place. The panoramic view of the city from the top of the tower is breathtaking.

There are about 100 medieval churches in Groningen, the highest concentration in the world. The Martinikerk church organ is one of the most magnificent pipe organs anywhere on Earth. Everyone should hear it at least once in their lifetime. Built in the early 16th century, its pipes are 24 feet tall. Furthermore, all are still fully functioning today as they did more than 300 years ago. This site is a perfect start to an organ discovery tour of the Netherlands.

Groningen dates to the 10th century. At that time, a young European boy wore dresses until his tenth birthday. After that, he could dress like adult men. Evidence of this is on view at Groningen Museum, an arm of the famed Rijks Museum in Amsterdam. Additionally, visitors can explore at least ten other museums. These include the only comic Dutch museum in the country and the International Wooden Shoes Museum. Uniquely, this museum boasts the largest collection of wooden footwear in the world! Museum Vosbergen hosts a display of 800 musical instruments. Collected and restored for over 60 years, the collection lays in a stately villa inside a forest.

Better known as the “Nursery of the North Sea,” the beach of the Wadden sea is renowned for its untouched natural beauty. It is home to a variety of marine animals, such as seals, crustaceans, and shellfish. Many rare bird species like the avocet and redshank breed here. Visitors love to walk the footpath of the famed mudflat walk from the shore to the center of the ocean. A visit to any of the northern islands exposes one to an exceptionally long coastline largely uninhabited and rarely crowded.

Why We Love Groningen

In Groningen you can take life slowly. Groningers proudly declare “Er gaat niks boven Groningen.” The city’s slogan loosely translates as “There’s nothing that tops Groningen.” Literally true, no other landmass goes further north of the Netherlands. Additionally, Groningen sits slightly above sea level, unlike the rest of the country. Most of the Netherlands remains mysteriously yet firmly submerged under the ocean. Large skyscrapers dangle loosely in what many hail as the marvel of Dutch engineering.

For Groningers, this elevation helps them take life less seriously. They face less threat of a flood wiping away their beloved province. It could be for this reason, or maybe the cycling (an average of 5 km per adult per day), or the endless supply of fresh air that makes Groningers particularly slower-paced. They know when to stop and smell the tulips.

In summary, Groningen is an idyllic space to raise my family. Children enjoy the rare experience of an unhurried childhood. On occasion, I sprinkle a little hagelslag on their toast. This typical Dutch breakfast for children involves a generous helping of chocolate sprinkles on a hot, buttery toast. A little slice of this sweet treat sets them out on their bikes to cycle happily to school on their own, rain or shine. Of all the titles that Groningen has earned, I prefer to think of it as the “Smiling Capital of Europe.”

5 Reasons to Travel to the Netherlands With Kids

Celebrating King’s Day in the Netherlands

Founder at The African Folktales Project
Wakanyi is a global nomad (with strong African roots). Together with her husband, they raise their four multicultural and mixed-race children as world citizens of Kenyan and American heritage in different parts of the world. So far they have called Kenya, the US, Nepal, Philippines, Ethiopia and Thailand home. They are currently based in The Netherlands. A former journalist with a Masters in Development Education, she researches cross-cultural identity narratives, and their impact on global citizenship. She also collects and curates folktales from Africa, and is the recent author of The Twelve Days of Christmas Safari- https://www.12daysofchristmassafari.com/, a picture book set in the vast landscapes of her birth country, Kenya. She is the founder of The African Folktales Project- https://www.africanfolktalesproject.com/, an open resource that lends a voice to indigenous people's knowledge about sustainable development and environmental citizenship, and, through a selection of courses on offer for children and educators, she helps learners explore and gain a deeper understanding of the ancient, cultural values and practices that connect us as global citizens. She likes to blogs about her global 'home' at https://aglobalnomadshome.com/, and her hobbies include: forest walking, knitting, and experimental cooking.