Losing a mother tongue language can be a heart-breaking experience. However, not only can you re-learn it, but even teach it to your children.

I was born in the Philippines, and my sister and I grew up hearing and speaking three languages: Tagalog, Ilocano, and English. Tagalog and Ilocano are Austronesian languages which are the two most common languages spoken in the Philippines. Austronesian languages are typically spoken in Southeast Asia, the Pacific Islands, and Madagascar. Tagalog is the main language of the Philippines and most commonly called “Filipino.” Ilocano is typically spoken in North Luzon and is not as popular. When I hear the two languages I’ve always thought that Tagalog sounds more like a gentler language and that Ilocano sounds a little rougher because Ilocano has harsher sounding words.

We moved to Singapore when I was six years old and lived there for almost five years. Being so young, I was no longer fluent in Ilocano and Tagalog, with English now my only language. I remember my mom telling me about how my sister and I used to mix our Filipino languages with English, a.k.a. Taglish. It was hard to hold on to my native language because the countries we lived in were predominantly English speaking. My parents would speak a mixture of Ilocano and English and sometimes Tagalog when they conversed with my sister and me. Whenever I hear other first generation Filipinos I would feel jealous that they were able to keep that part of their culture alive. I feel that the Filipino language is what keeps me close to the motherland.

Now as a mother, I wish I was still fluent because it is important to pass down my culture to our kids. I understand Tagalog and Ilocano, I just don’t speak them anymore. When we became parents for the first time, I tried hard to teach my daughter Tagalog and Ilocano. It is extremely difficult since I don’t speak any of those two languages fluently, and I struggle a lot. However, I’ve found some ways to make this easier for us. Losing your mother tongue doesn’t mean that you can’t teach it to your children. There is always hope.

I started teaching her how to count in Tagalog and naming parts of the body. My daughter even started remembering several words in Tagalog. I would ask her to name a body part and she would remember what the word was. I would also name actions like “pagpag.” When she is eating a cookie or something that produces a lot of crumbs, I tell her to “pagpag” her hands on her plate. I then explain what that word means. Whenever I use that word now, she understands it.

I also bought books to read to her that were written in Tagalog. Those were hard to find. I only have a few because there aren’t many Filipino books available here. However, there are tons of videos on YouTube for her to learn from. Here is a list of videos/playlists on YouTube that I found helpful: 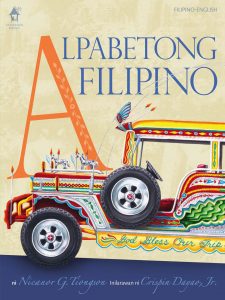 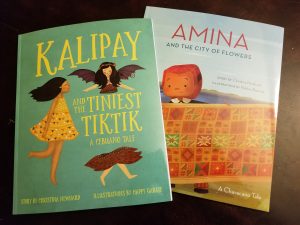 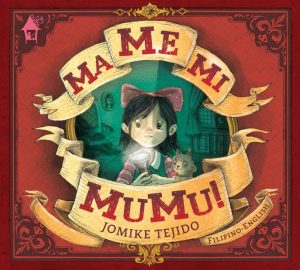 The alternative would be to watch Filipino videos and movies with our kids so that they are exposed to the languages more often. I just hope and pray that even without being fluent in those languages I will still be able to pass on my culture in a way that will flourish and grow in our kids.

When my mom comes to watch the kids, I try to get her to speak Tagalog so that they actually hear it. I just have her speak to them in normal conversation so it sounds natural. She speaks in Tagalog and then she translates what she says into English. Sometimes she forgets and just speaks English so I have to remind her to speak in Tagalog. There are times when we both forget but it is important to keep at it.

I just have to keep going and also work up to becoming more fluent myself. When the kids are sleeping, I go on Netflix and watch Tagalog movies to strengthen my speaking skills. Netflix just added a bunch of movies to choose from like, Seven Sundays, Kita Kita, That Thing Called Tadhana and Four Sisters and a Wedding. There are times when I get lazy and just speak English but laziness is your enemy here. Being consistent and patient will make the learning and teaching process easier. I would recommend to block out time in the day to do it so it is more consistent. In this way, you will remember to do it every day.

Take care of yourself

The difficulty with re-learning my own languages is that there’s limited time during the day to do so. Taking care of two kids makes it hard to and I typically want to relax in my free time. Some days are more exhausting than others. Trying to teach two languages is difficult and takes a lot of effort. Since I don’t use these languages every day, there are days when I mix the two languages up and I have to ask my mom which one is Tagalog and which one is Ilocano.

To relax I, try to take naps when I can. There are those days that I am able to put both kids down at the same time so I take advantage and nap when they are both sleeping. Getting that much-needed rest will help you recharge so you can have more energy for the day.

In between learning, remember to sit and relax with your kids. Watch a movie, do some crafts, go outside to the playground or get some ice cream. Taking time to yourself is important too. Immersing yourself in your hobbies helps to relax.

I hope that this list will help you if you are struggling with losing your mother tongue, like me. If you have any tips, please feel free to comment below!