Every time the Hispanic Heritage Month rolls around I become really excited!  From September 15 to October 15 many people across the country celebrate and enjoy the sights, sounds, and tastes of Hispanic culture.  A great way to celebrate with kids and acknowledge Hispanic contributions is through food.  I love how food exposes children to other cultures and opens their palates to different tastes. The Hispanic cuisine is so full of flavor and comes from many regions.

Today we’ll explore delicious foods from the countries of Spain, Peru, Chile, and the Dominican Republic.  This year, my 10-year-old will be the “chef of the day” and prepare a three-course meal to celebrate.  I, of course, will be his sous chef.

A three-course meal traditionally consists of an appetizer, entree, and dessert. In the menu I created, I included a beverage. You can see the full menu with an image below.  Print it out and enjoy! 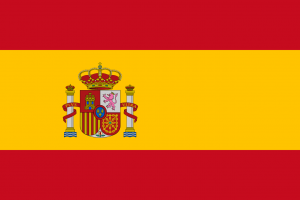 This is a super easy recipe your kids can kids make.  Make sure to supervise when cutting the tomatoes.  Get the full recipe here.

A little about Spain: The official name of this country, located in Europe, is the “Kingdom of Spain” and the capital is Madrid. With a population of 47,737,941 this beautiful country boasts 4 official languages: Castilian Spanish, Basque, Catalan, and Galician.

Arroz tapado is Peruvian meat-filled rice. It’s a versatile recipe that can be made ahead. Get the full recipe here.

A little about Peru: The Republic of Peru is a beautiful country located in South America, and its capital is Lima. Peru is also the third largest country in the continent after Brazil and Argentina. With a population of  30,147,935 this country’s official languages are Spanish and Quechua.

This sweet treat made with coconut is as easy a recipe that you can find. Seriously, kids can do this totally on their own. Get the full recipe here (in Spanish). Here’s a recipe in English.

A little about Chile: Located in South America, the Republic of Chile has a population of 17,216,945, and the capital is Santiago. The country’s official language is Spanish.

This delicious tropical drink made of milk and orange will delight everyone’s palate. Kids will definitely love this drink! Get the full recipe here.

A little about The Dominican Republic: This is a Caribbean nation that shares the island of Hispaniola with Haiti to the west. The capital is Santo Domingo, and the country’s population is 10,266,149. The official language is Spanish, although various dialects are spoken across the country. 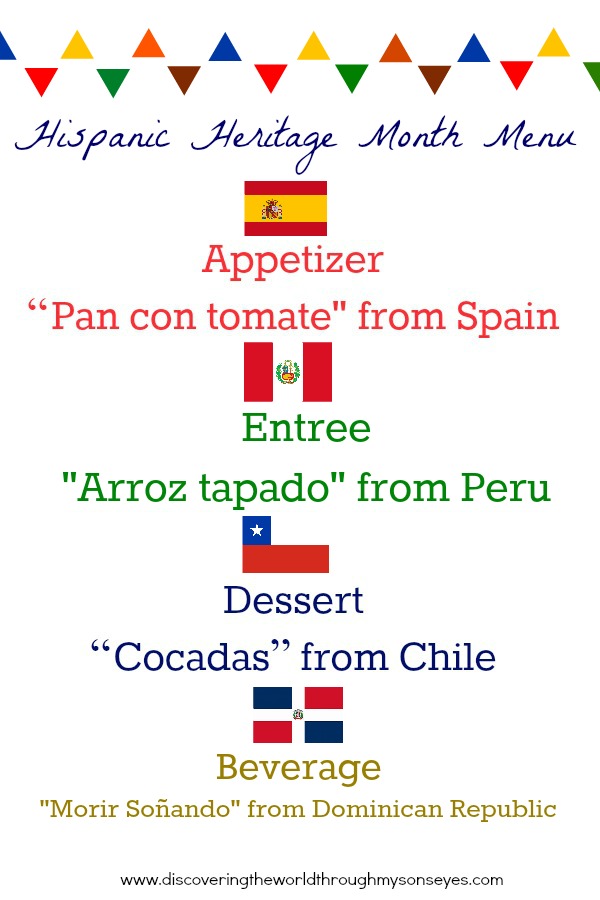 Find even more ideas on our Latin America Pinterest board:

September 21
Discovering the World Through My Son’s Eyes

September 25
For the Love of Spanish

Owner/Blogger at Discovering the World Through My Son's Eyes
Frances is a native Spanish speaker, married to a Southern gentleman and a multicultural & Latina mamá to a tween. She started blogging when her son was 4 years old. She blogs about her multicultural family living, learning and discovering the world through her son’s eyes. Hence the name of her blog: Discovering the World Through My Son's Eyes. She can be found musing on her blog, Facebook and her favorite social media platform Instagram.