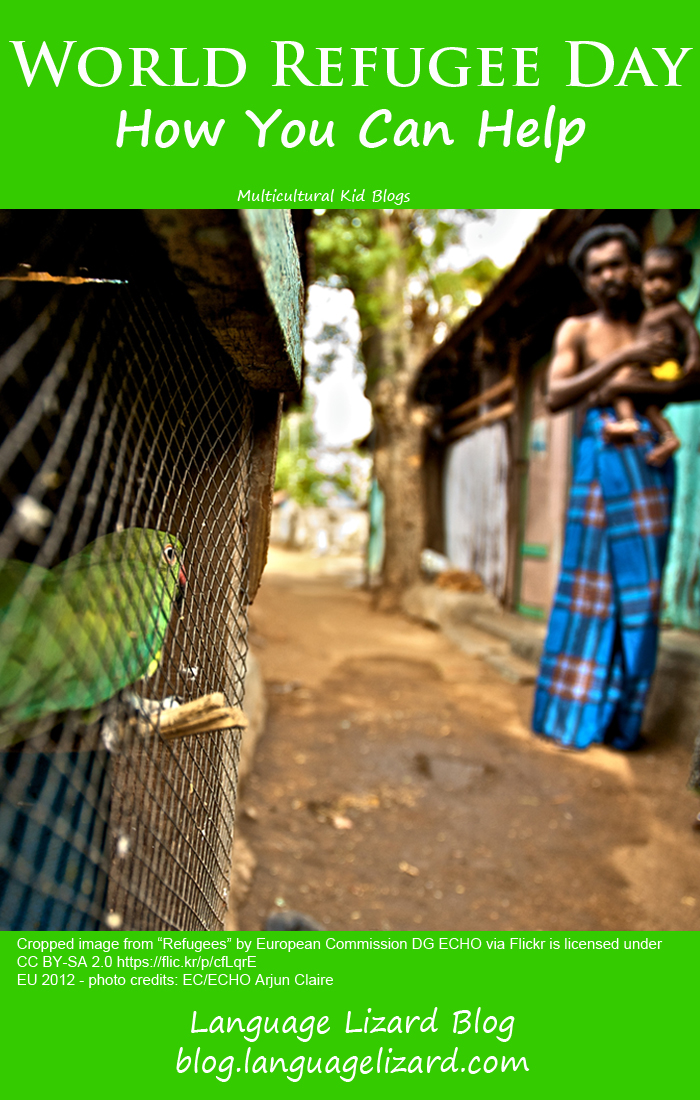 World Refugee Day is on June 20th. Find out why this day came to be, and what you can do to help.

What is a Refugee?

According to the UN, a refugee is someone who has been forced to flee his or her home country due to “a well-founded fear of persecution because of his/her race, religion, nationality, membership in a particular social group, or political opinion.”

Refugees are among the most vulnerable people in the world. They must leave everything behind, and move forward into a dangerous and uncertain future.

How Many Refugees are There?

The number of refugees in the world is growing at an alarming rate. According to the UN, war forces thousands of people from their homes every day. Looked at another way, every minute 24 people become refugees, fleeing war or persecution.

There are an estimated 60 million refugees in the world. More than half of them are children.

What is World Refugee Day?

Since 2001, World Refugee Day is marked every June 20 in over 100 countries. Its goal is to raise awareness and funds to help provide refugees with essentials, like shelter, food and safety.

World Refugee Day was created by the UN’s Refugee Agency, which works to protect the rights and well-being of refugees. The 1951 Refugee Convention contains protections of the most basic aspects of their lives. It includes, among other things, the right to work, housing, education and freedom of religion.

In 2016, the UN launched their #WithRefugees petition, which has 1.5 million signatures at the time of this writing. This petition asks the global public to show its support of refugees, and asks our governments to ensure that every refugee child gets an education, every refugee family has a safe place to live, and that refugees are allowed to make a positive contribution by working or learning new skills.

Support Refugee Children in Our Schools

“Nobody made a greater mistake than he who did nothing because he could only do a little.” – Edmund Burke

The number of immigrant and refugee children has increased over the past decade, and is now the fastest-growing segment in the US youth population. These students face many challenges when adapting to a new life in the US: culture shock, making friends, and learning a new language, just to name a few.

All too often, schools lack the resources to research the best ways to help these students, and miss out on methods developed by other districts that have faced similar issues. There are educational resources out there that can help smooth the transition for newcomers arriving at a new school, as well as for teachers, administrators and the student population.

There are various organizations that support children living in refugee camps. We at Language Lizard had the pleasure of working with volunteers at The School Box Project, an organization that provides trauma-informed care to relieve the effects that years of violence and conflict have had on the children emotionally and physically. They run various programs that include fun, physical games, as well as projects that allow children to sit quietly and create beautiful artwork.

Recently, their volunteers used Arabic-English bilingual books in a refugee camp in Greece to engage children in creative art and reading sessions with parents and educators. You can visit their website to learn how you can support their efforts.

Other organizations such as Save The Children and The UN Refugee Agency also benefit greatly from donations from caring individuals. Whether you support a local refugee family, help a newcomer in your school, or donate to a large refugee organization, every act of compassion makes a difference.