In March this year, Yanbu, a port city in Western Saudi Arabia, set a Guinness World Record by creating the largest carpet of flowers in the world. We live just 3.5 hours away from Yanbu so I took my children to see the flower festival this weekend. 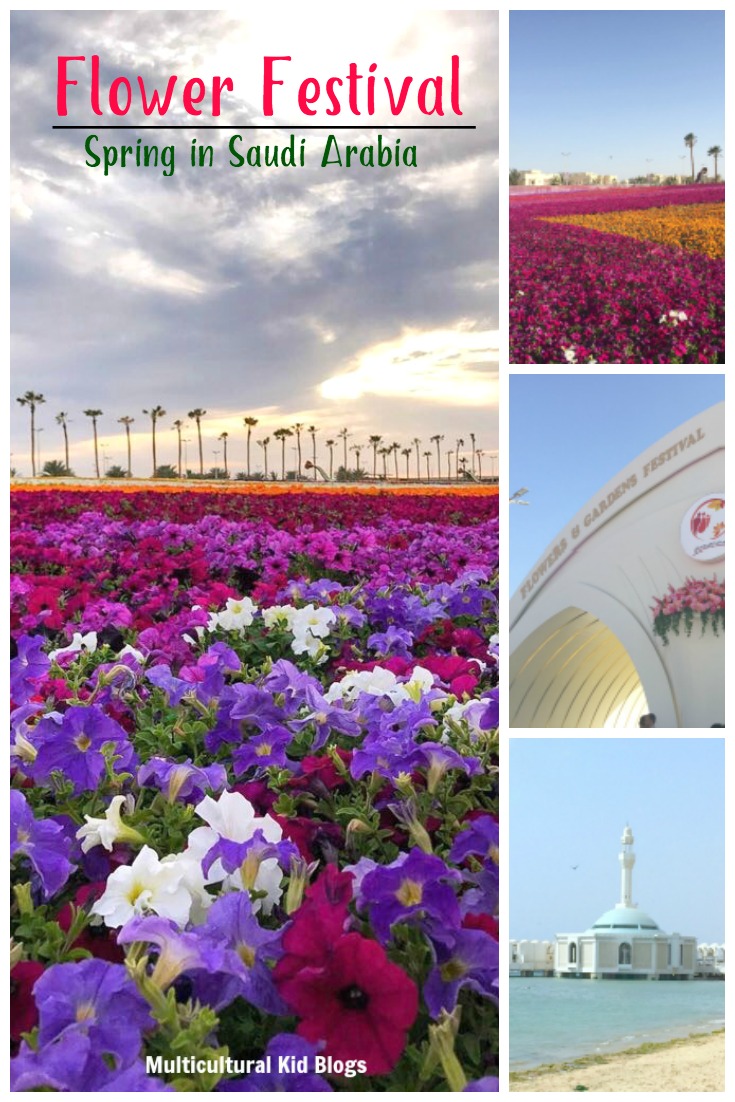 It was unlike anything that we had seen here before. A fantastic display of seasonal flowers plus exhibits about recycling and nature. It was a great opportunity for our children to learn about gardening, seasonal flowers, weather changes and also how easy it is to upcycle things that we throw away.

We are expats living in Jeddah, Saudi Arabia. It is very hot and very humid here. Jeddah is a commercial town situated on the Red Sea Coast in the Western Region of Saudi Arabia. We have lots of beach and sea shore but no greenery. It is a desert all around. 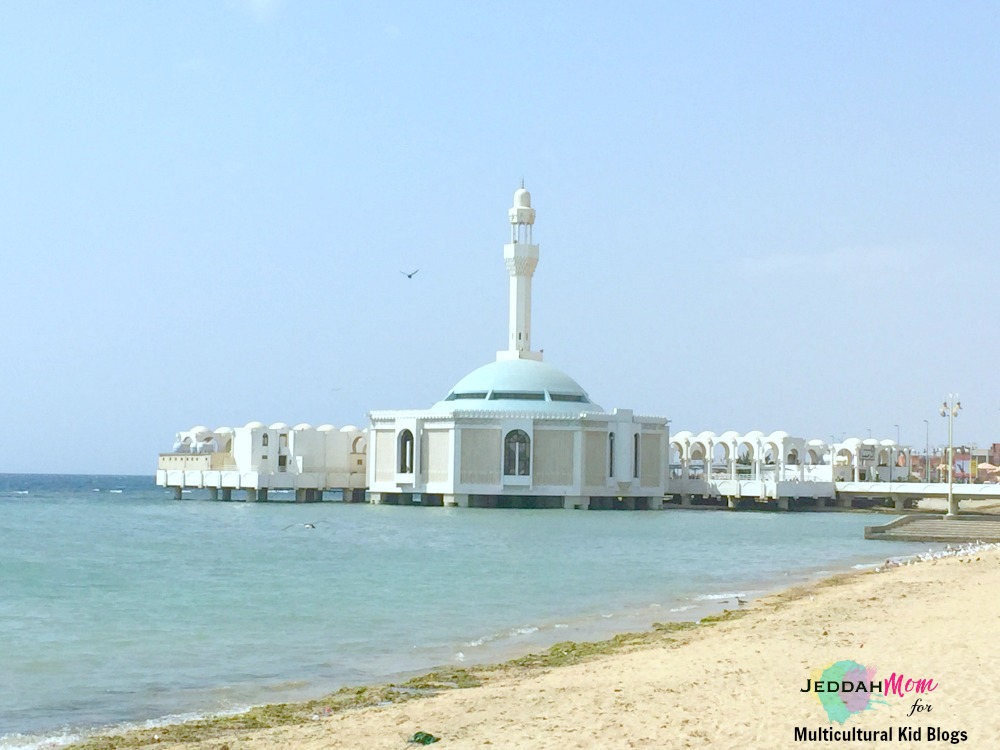 Although we have grown to love this place, we often wish that we had seasons like they have in other parts of the world. When the Flower Festival in Yanbu was announced, we had to go see it!

Yanbu is a 3.5 hour drive from Jeddah. It is a port city on the western coast of Saudi Arabia more known for its refineries and petroleum based industries. 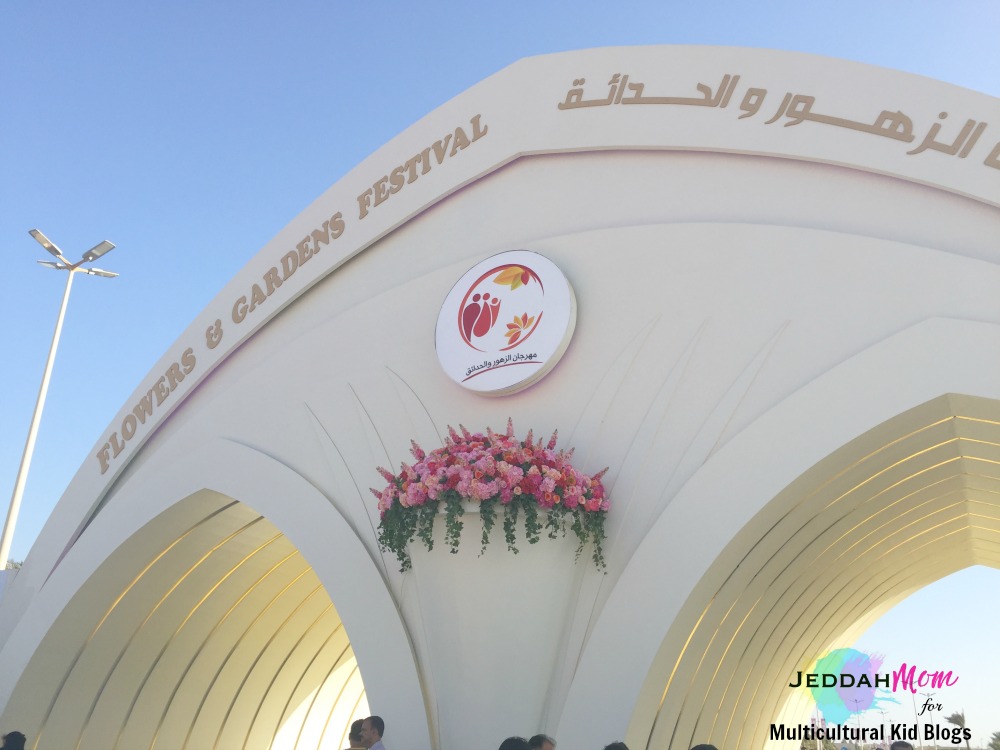 Since Saudi Arabia is extremely hot during most parts of the year, every year during March-April, the Saudis celebrate spring by planting flowers and holding festivals. These festivals are held in different parts of the country.

The flower festival is basically a display or arrangement of flowers in garden style. It is like a huge carpet or rug of flowers that has been spread out. 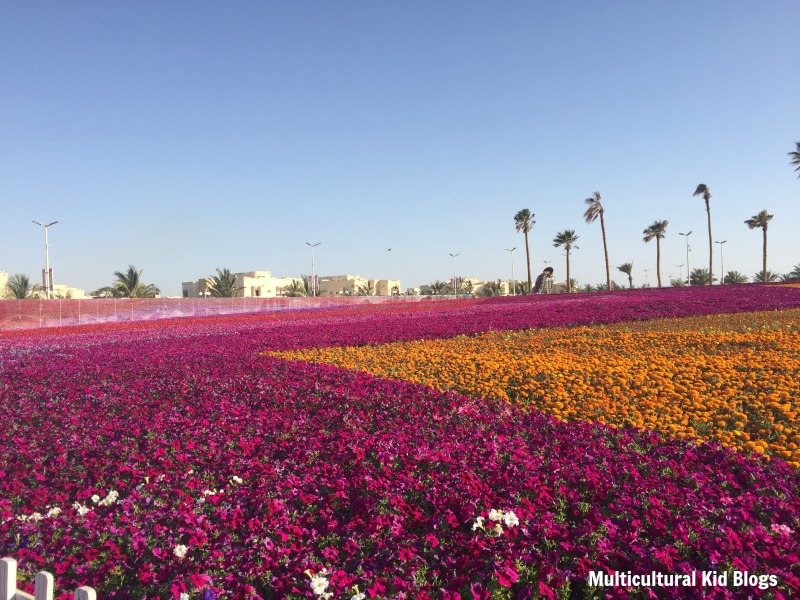 Saudi Arabia being a desert, not many flowers grow here, but in the spring season you will see some green patches in the desert. Flowers are very hard to find. The Saudis create this elaborate spread in their cities as an opportunity to celebrate and enjoy the good weather together. 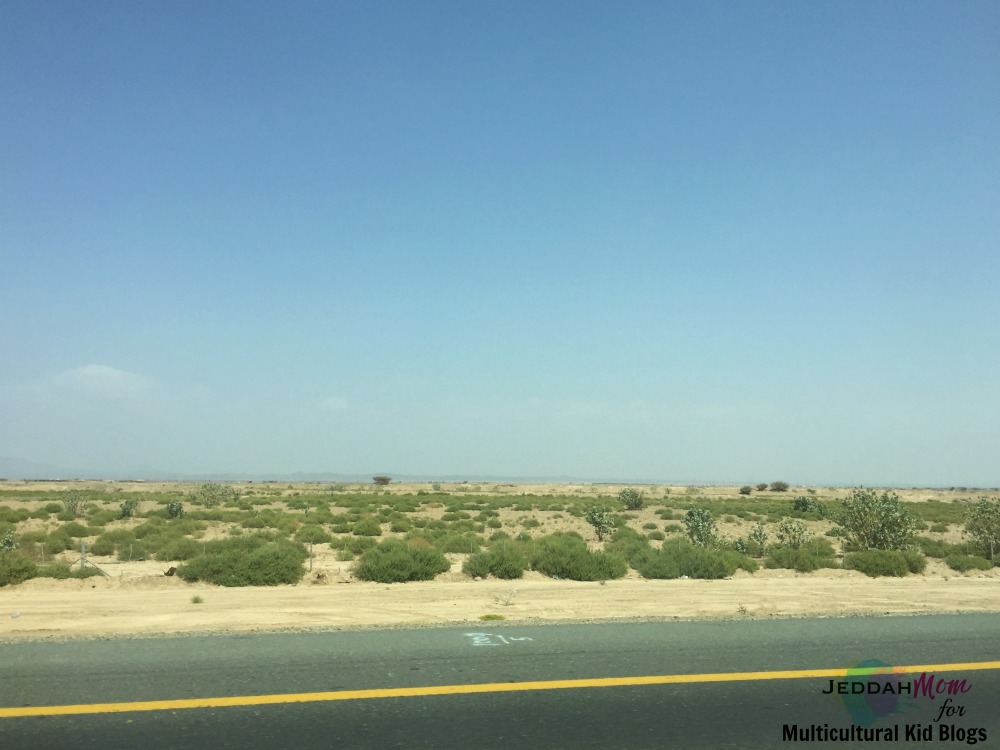 These festivals are like a fair. There will be people selling handicrafts, traditional foods and usually some or the other cause is also being addressed.

This was the 14th Yanbu Flower Festival.  They first made a world record in 2016. This year they broke their own record again.

We drove from Jeddah to Yanbu by car. You can hop over to Jeddah Mom on Instagram to see what our view was outside and what we saw when we got to Yanbu!

Yanbu Flowers is an area that has been covered by seasonal flowers for the festival only. The rest of the year, this place holds other events.

The flower festival lasts for just 20 days. That is because that is just how long the flowers will last. Starting in May, the heat will rise again and summer will begin so these flowers will whither way.

Even though Saudi Arabia is a modern country, because it is a desert we have very limited outdoor recreation opportunities. There is very little opportunity for tourism to flourish either. The design in the middle of the carpet is the logo of the Saudi Vision 2030.

This festival sparked a lot of ideas in our community about gardening and conservation. Many people who went to Yanbu Flowers came back with determination (and their own plants!!) to grow their own flowers at home.

We came home with so many fun ideas from the flower festival ourselves. Tell me… how do you celebrate spring in your part of the world?

Aysh is an Indian expat who was born and raised in Saudi Arabia. She is a former Biotechnologist who is now a stay at home mom. She blogs at JeddahMom.Com about her expat life, travels, and adventures raising little world citizens. Aysh loves languages, cultures and crafts. She tries to bring her children up with a balance between faith, tradition and modern thinking.