We are a multicultural, multinational and ‘mixed’ family.

You could also say we are an unconventional family. Both my partner and I are divorced and our two eldest children are from my previous marriage. This fact alone is usually enough to make people shift uncomfortably in their seats; a somewhat awkward silence usually follows.

Despite the internet and social media making different parts of the globe accessible to everyone, some people still struggle with those of us who don’t fit in a particular box. In the public arena, recent political developments are a worrying testament to this sentiment, but for us on a personal level I have always found it somewhat amusing. 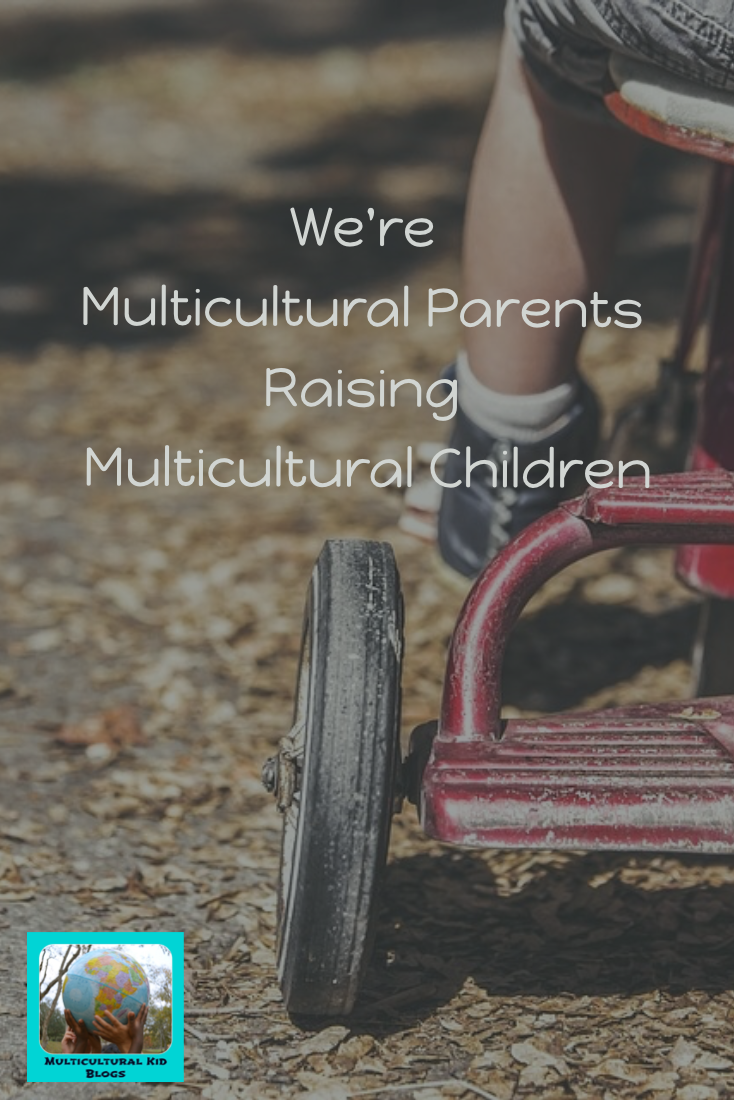 I was born in The Netherlands and my maiden name couldn’t be more Dutch. However, I do not look at all Dutch: I am a mere 1m62 tall (5 foot 1 and a half), have auburn hair, a square jaw and eh…burlesque shape.

My maternal grandmother was a tiny blonde blue-eyed Irish lady (Catholic) and my maternal grandfather of (Jewish) Portuguese descent. On my father’s side it gets complicated: his mother was born and raised in Indonesia to French- Malaysian parents (Buddhist) whilst my grandfather can trace the family tree back to 15th century, ‘pure’ Dutch stock (Protestant).

This mix of nationalities, religions, ethnicities and bloodlines means that I have one tall blonde light-eyed sister and one olive skinned dark-haired brown-eyed one.

My extended family includes all nationalities and skin colours, producing a veritable world map in one family gathering. Family weddings and funerals are a mix of religions.

Our three boys continue the multicultural trend. The eldest two were born in North Wales, their biological father a mix of Welsh, English and Irish.  Our youngest carries Portuguese and African genes in him through my partner. His parents were both born and raised in Mozambique and came to Portugal as economic migrants in the late 70s/early 80s.

My partner looks mediterranean (although he has also been mistaken for middle eastern) with his short stature, black curly hair, black beard, olive skin and dark eyes.  His accent however is Canadian, having met and married a Canadian girl and moved to Canada for just over five years before the marriage ended.

I have an ear for languages; I am a linguistic chameleon. People swear that I am French/Dutch/Irish/Welsh and even Portuguese because I mimic the accents perfectly.

Rising to the Culture Challenge

Being from different cultural backgrounds does come with a unique set of challenges. The Portuguese culture, for example, is a ‘quiet’ one compared to the Irish one. By that I mean that the Portuguese are people of few words, a near polar opposite to the Irish who have a pathological fear of silence.

When I first met my partner’s family, I secretly thought them rude. No-one offered tea, small talk was practically non-existent and the silence…! Coming from Ireland it was quite a shock, but once I got to know them better, read up on the culture, and visited Portugal, I realised it was simply a cultural difference.

The Portuguese don’t say much at first, then explode into a ball of fiery fury at the (apparently) slightest thing. The general sentence structure and speech pattern is completely different as well. A Portuguese person can come across as quite aggressive to a Northern European person as they do not share the same social rules of politeness. An example: Saying ‘Please’ ‘Excuse me’ and ‘Thank you’ are not the norm in Portugal as they are elsewhere. I was outraged at the amount of people shoving their way past me in the supermarket! My partner, on the other hand, thought it hilarious the way the Irish will chat to anyone about anything just to avoid silence.

All this makes raising our multicultural children a challenge. We have had to create our own ‘home culture’, combining the best of our cultures and as much as possible. Our values are instilled through societal rules, family rules and the various religions.

We chose not to baptise/christen our children as neither of us feels particularly enamoured by organised religion. We would rather they learn about the many different religions and decide for themselves which one they feel the most comfortable with (if any).

Being a multicultural family means that we can pass on aspects of different cultures to the one we are currently living in. Our boys have celebrated St Patrick’s day, St Bridget’s day, Easter and Christmas. They have also celebrated Sinterklaas, Sao Martinho, New Year’s eve, Sao Joao, Carnaval, Imbolc, Samhain, and the summer and winter solstices. Our eldest will partake in Ramadan this coming May, just as I did at his age.

I believe that taking part in the different cultural celebrations leads to a greater understanding of others cultures than simply reading about them.

We travel as much as we financially can afford in order to learn through experience and immersion in various different cultures.

In most of the countries we have lived in so far, people feel that travel is only for hippies or the wealthy; the culture demands that you spend your money on alcohol and the latest fashion, gadgets or even furniture instead.

We are always broke, we don’t own our own home and I drive a 14 year old, 5th hand car, but we are rich in memories, memories steeped in human history and in human culture.

Our starting point may be our mixed family background but we are more than happy to keep learning, keep discovering this amazing mix that is the make up of our little planet.

As far as we are concerned all religions, skin colours, nationalities, ethnicities, schools of thought, philosophies, ideologies and beliefs all have a common thread: the human race.

Multiculturalism is the very definition of this beautiful, amazing, wonderful, scary, strange and, at times, angry world we live in. 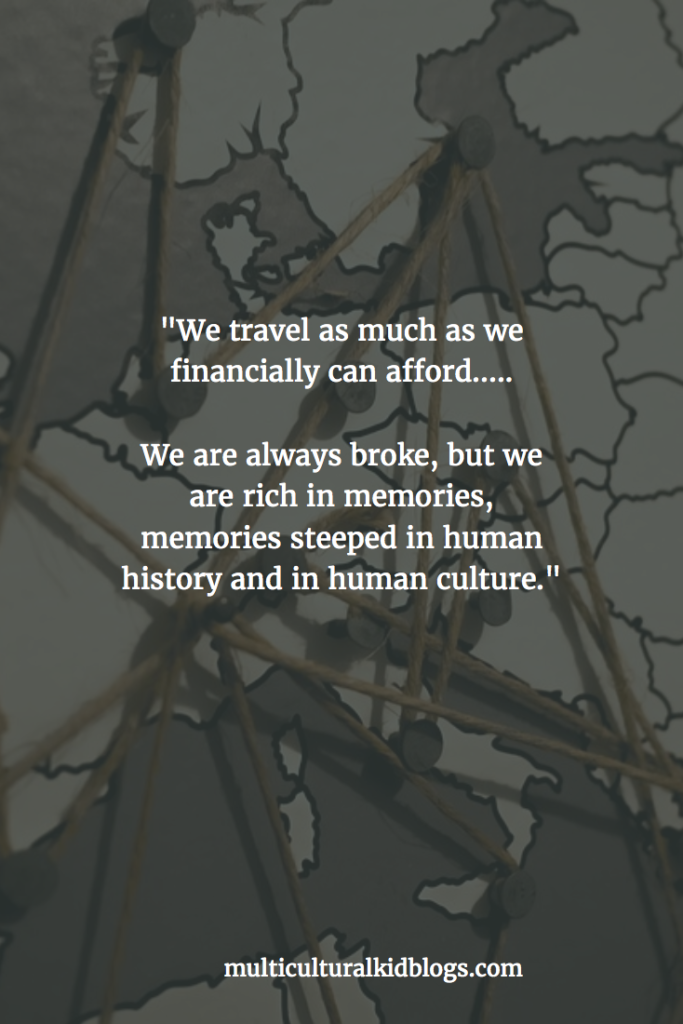