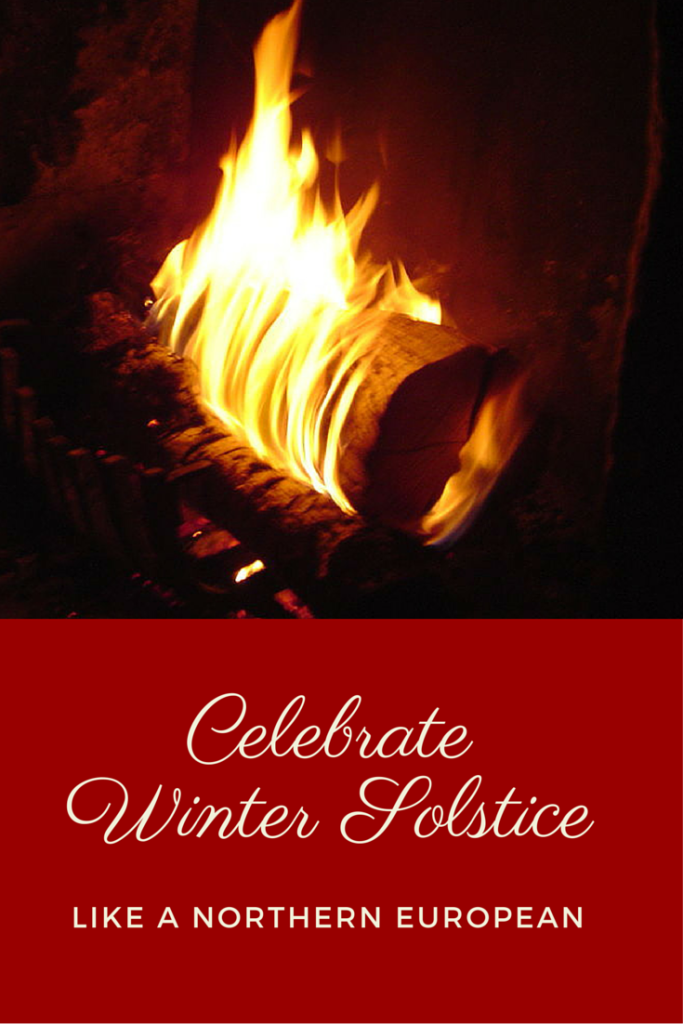 Have you ever heard of the winter solstice? It is the longest night and the shortest day of the year, something that was widely celebrated in many Northern European cultures before Christianity – and Christmas – arrived in the region. In fact, many traditions that we associate with Christmas, for example Christmas trees and Christmas wreaths, come from the ancient celebrations of winter solstice, also known as Yule. In this season dominated by everything Christmas, many people still celebrate winter solstice from the Stonehenge in England to countryside villages in my native Latvia.

With that in mind, I would love to give you a short introduction to celebrating the winter solstice like a northern European. What I describe below is most characteristic of the small Baltic country of Latvia but many of these traditions are shared by its Baltic and Scandinavian neighbors.

Step 1: Clean and Decorate Your Home

A spotlessly clean and beautifully decorated home is the most important part of preparing to celebrate winter solstice. Well, aside from preparing loads and loads of food, but more about that later. Adorn your home with evergreens such as fir branches and fir trees and experiment with decorations made from natural materials such as straw, colored yarn, dried flowers and dried fruit, or even bird feathers. You can find a solstice craft in this post on winter holidays. It’s a great creative activity for kids!

Step 2: Dress up and Take Part in a Masque Procession

While almost everyone is familiar with Halloween, not many know that dressing up and wearing masques is also a vital part of winter solstice celebrations. Round up your family and friends, dress up to make yourself unrecognizable and visit your neighbors’ houses singing, dancing, and playing games. The more noise that you make, the more evil spirits you scare away from the houses that you visit! Some traditional masks are animals such as a bear, a crane, or a wolf, people such as fortunetellers, and supernatural creatures such as death or the devil. As these masque processions are thought to bring luck to those who welcome them in their homes, they are usually feasted and given small gifts.

Just to be clear, when I say Yule log I’m not talking about the cake that is akin to the French bûche de Noël. I’m talking about an actual, real life log.

Attach ropes to a sturdy log and roll it through your yard, your village, or town while singing winter solstice songs. You may even dance if you feel like it. The log will gather all the bad thoughts and deeds, and all the failures of the passing year. Burn the log in a bonfire at the end of the procession and you will burn all the misfortune of the last year to make a fresh new start. If you feel particularly adventurous, jumping over the burning log will bring you a little extra blessing for the coming year!

After all the hard work of cleaning and decorating, singing, dancing, and roaming around the neighborhood you will likely have worked up an appetite. I have good news for you: a traditional winter solstice celebration lasts three days and three nights. On the night of the solstice in particular, you should eat at least nine foods. Why? To have a rich and fruitful next year, of course! These days we are spoiled by many choices but traditionally those nine foods included peas and beans, vegetables such as carrots, beets, and stewed white cabbage, different meats and fish, as well as gingerbread, cookies, and other baked treats. Taken together, these foods will bring you happiness, good health, strength, success, love, money, lots of sunshine, as well as luck and many good surprises.

Step 5: Look into the Future

Winter solstice is not only the celebration of light but also of fertility, and the festival is tied to many ways and means of predicting what the next year has in store for you. So on the night of the December 22nd as you celebrate winter solstice you might want to remember some of these: