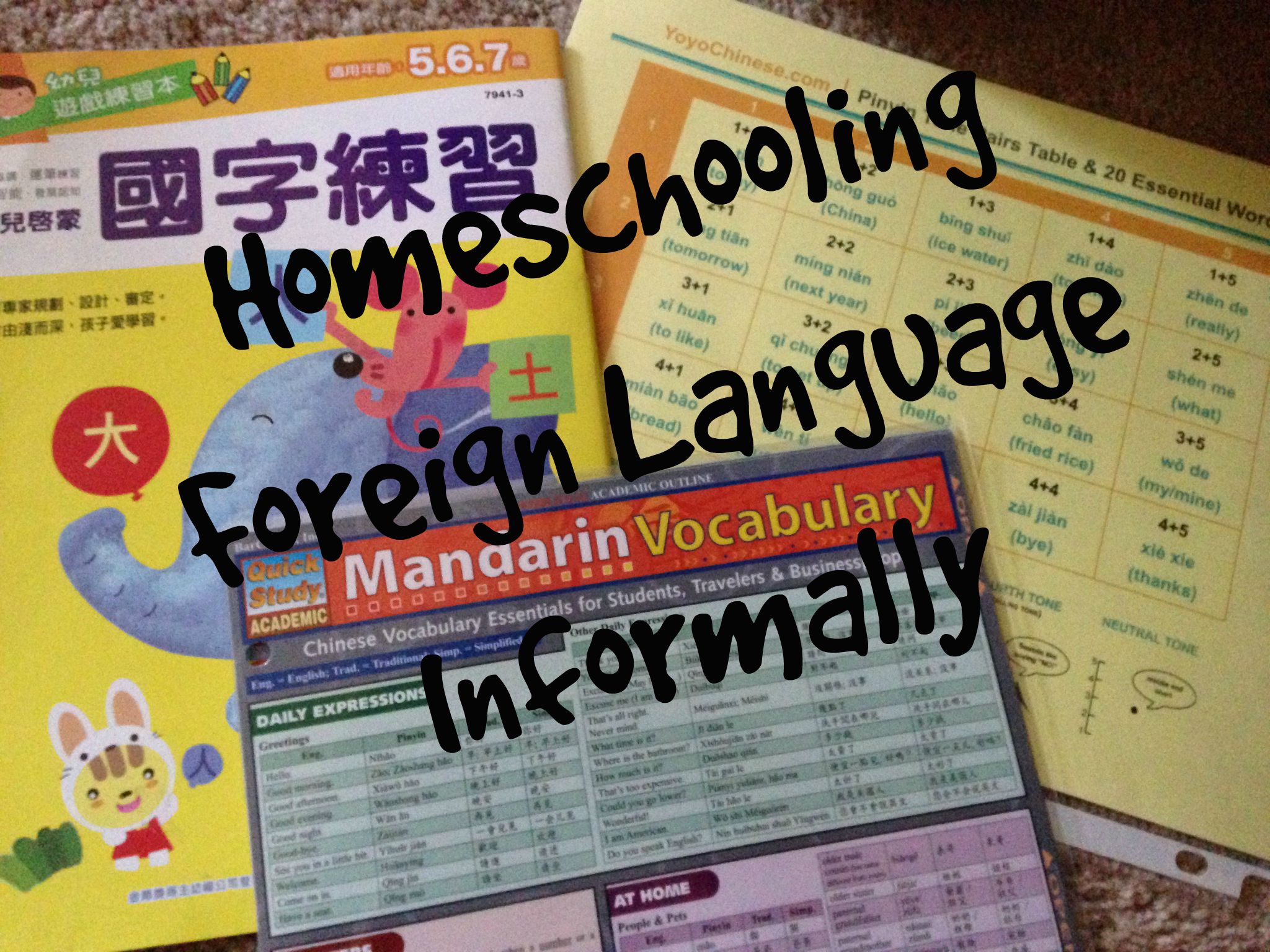 As a Chinese-American  married to an Irish-American, my kids rarely have an opportunity to hear Chinese spoken around our home. I grew up in a Chinese-speaking home, went to Chinese school until 9th Grade, visited Taiwan a few times and took Chinese classes there, yet I no longer have many chances to speak the language these days. Ideally, hearing a foreign language spoken naturally at home on a consistent basis would be the best exposure to a foreign language, but my husband doesn’t speak the language and my Chinese-speaking relatives are not local. My kids are now 9 and 11, and have had minimal exposure to the Chinese language.

I’ve always wanted my kids to be able to speak Chinese, not only for the sake of their heritage, but also because of the importance of China in the global economy.  However, life is busy! We have deliberately chosen not to enroll them in weekend Chinese school because of the time commitment-not only the weekly 2-3 hour commitment, but the homework involved. On top of school, homework, activities, social and spiritual commitments, it was hard to fit something like that in.

When we transitioned to homeschooling a year and a half ago, we suddenly had a lot more time to pursue interests outside of the traditional school subjects. I knew I wanted to add Chinese to their education, but I didn’t have much time to devote to exploring options for teaching Chinese formally (e.g. following a curriculum, textbook. or lesson plan). What we have been doing instead is very informal, but it exposes my kids to the language in a gentle way. At some point, we will add more formal studies, but for now these are what I try to incorporate:

I try to spend 10-15 minutes each day, usually during lunch time introducing new words or reviewing previously learned words. We keep lessons short, so there’s not a lot of new information all at once.  I generally do one of these per day:

Every week or so, I add a new sentence pattern. These are simple statements or questions where they can vary the subject or object of a sentence for practice. I started with super-simple sentences and get more complex:

3) Speaking the language at home

Ideally, if I could just speak to them all the time in Chinese, that would be best, but since my husband doesn’t speak the language, and I’m out of practice with my own Chinese, I just try to do it whenever I remember (which, admittedly, is not that often.) We use it when asking what snack the kids want to eat,  when we’re playing board games (e.g. playing Monopoly, but giving the prices in Chinese, or asking for how much something costs in Chinese), when I tell them about our plans for the day and where we are going, when I ask them to sit down, go upstairs, or change their clothes, etc.  I often have to repeat the same statement in English, but over time, they are picking up on a lot of conversational Chinese. Repetition and familiarity is key!

4) Introducing new Chinese words in conjunction with studying other subjects

For instance, when we did a science unit on weather, this was when I introduced them to the Chinese words for rain, snow, wind, hot, cold, degrees, cloudy, clear. When we studied zoology, I taught the Chinese word for the animals we were studying, such as butterflies, chickens, and frogs. When we cover anatomy, I’ll introduce the names of body parts. This allows us to cover vocabulary that may not be part of ‘normal conversation’ in our home or not covered by the other ‘short lessons’ that we use.

In time, I expect we will add in more formal teaching of foreign language, but for now, you’d be surprised at how much my kids have picked up with just these informal methods!

Elaine is a Chinese-American mom, married to an Irish-American. She homeschools her 2 children and blogs about homeschooling, Chinese culture, and being in a bicultural family at Bicultural Homeschool.

Latest posts by Elaine (see all)