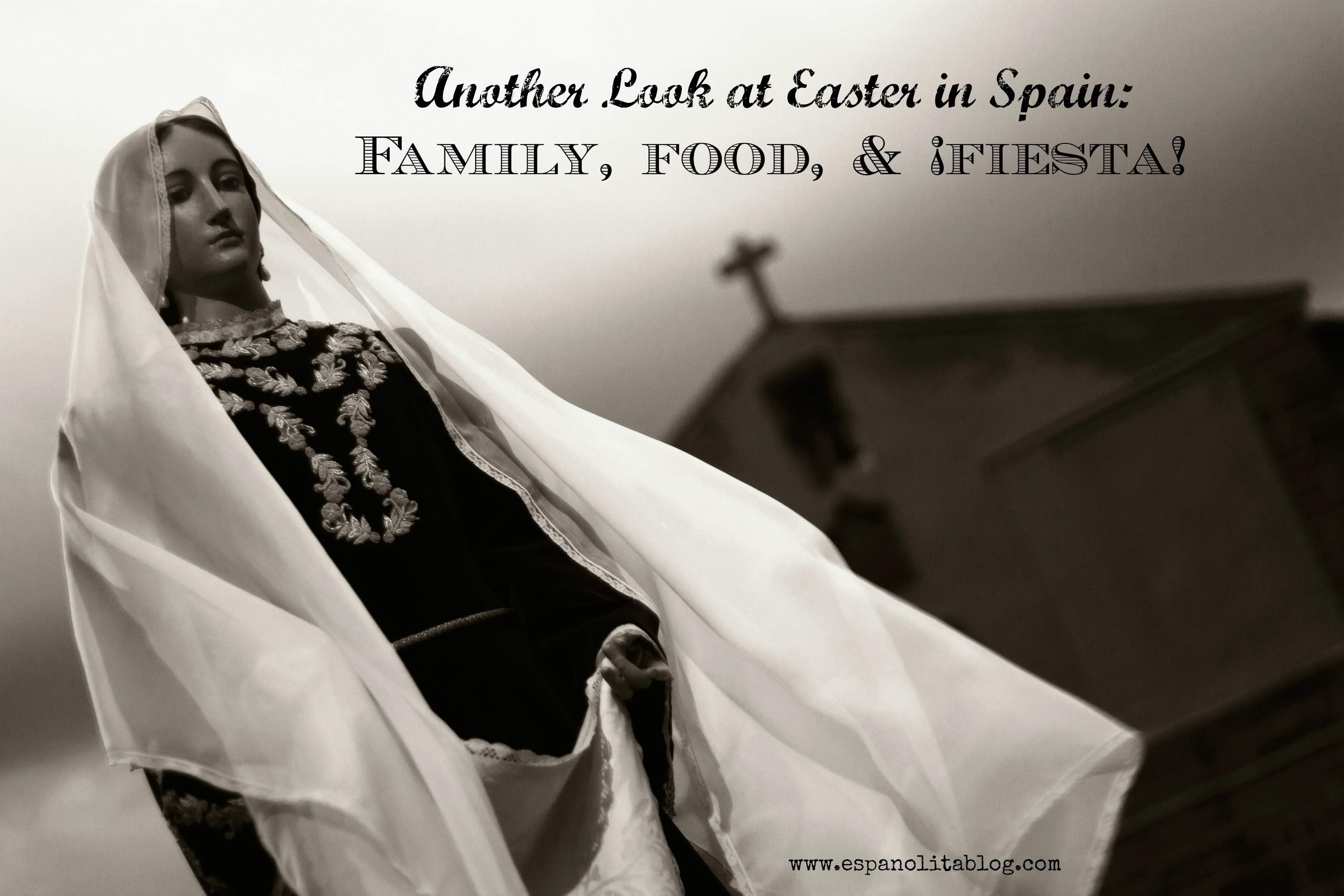 ¡Hola! My name is Audrey, or as I’m known on my blog and by my Spanish husband, españolita (a term of endearment meaning “little Spanish woman”) for my love of all things Spain (especially their jamón serrano).

You see, before I lived in Spain, all I knew of this country on the Iberian peninsula was what I had read in my Spanish textbooks and from the photos of bulls and matadors, flamenco dancers and Virgin Mary statues during Holy Week that I taped to my bedroom wall from the travel section of The Washington Post. The stereotypes: what I originally had in mind. But, my understanding of Spain and her people was turned upside down after living there.

Now, this is not to say that Spaniards don’t like their corridas (bullfighting is a $3.3 billion industry) or that there are no flamenco dancers in Andalusia (I recommend Granada’s cuevas), or that people no longer parade massive religious statues of the Passion of Christ through the streets during Holy Week (they do). In fact, if you ever get the chance to visit Andalusia or Castille and Leon during Holy Week, consider yourself fortunate. It is a once-in-a-lifetime event. The festivities, the parades, the saetas, the incense, the flowers, the parad floats, they are breathtaking and remarkable and are not to be missed. (See photos that follow!)

Holy Week, or Semana Santa, commemorates the most important time of year in the Christian calendar, and it is celebrated throughout Spain, beginning on Palm Sunday (Domingo de Ramos) and culminating with Easter Sunday (Domingo de Pascua). Each Spanish pueblo (town) organizes its own religious festivities, complete with somber (Zamora) or dramatic (Seville) religious “processions of pasos, floats of lifelike wooden sculptures of individual scenes of the events of the Passion, or images of the grieving Virgin Mary” (Wikipedia). Las Cofradías (Brotherhoods or Fraternities formed during the 16th century) care for the pasos and plan for the parades (procesiones) the entire year leading up to Holy Week. Each year, thousands of spectators, both Spaniards and foreigners alike, flock to towns around the country to watch in awe as the massive floats are carried down the streets by costaleros.

But, what many outsiders don’t realize is that “…despite over 70 percent of Spaniards identifying themselves as Catholic, only 13.6 percent say they practice their faith and attend services on Sunday and holy days.” (Catholic News Agency)

That’s a staggeringly low percentage, and it certainly has implications for how Spaniards view Easter in 2015, as well as for how I have chosen to write this post.

You see, I spent three whole weeks racking my brain: what new information could this guiri (Castillian slang for foreigner) possibly share with you about Easter in Spain that you couldn’t just read on Wikipedia or well, in your child’s Spanish textbook?

In my conversations with friends and family in Spain for this post, I began to notice three themes arise, three aspects of Holy Week that Spaniards most cherish: family, food, and fiestas (celebrations). And, who better to hablar about these cultural values than los españoles themselves. 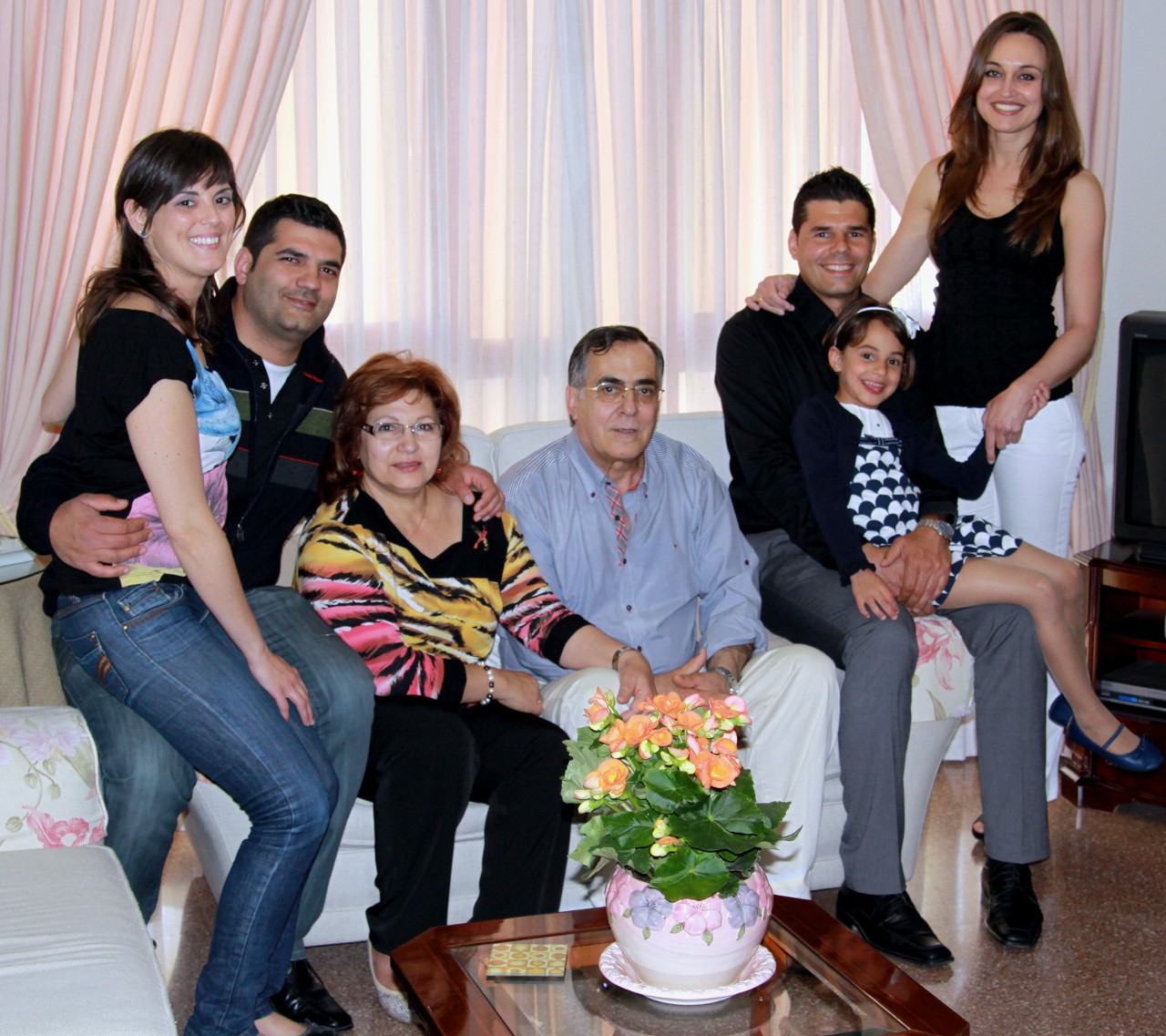 “For me, it’s always been something I lived from a religious aspect. We’re Catholic, and so we celebrate this time together. We usually get together and travel to my maternal grandmother’s town of Cuenca.” -Silvia, Valencia by way of Madrid

“For those of us that spent our childhood in Zamora, it’s a time of collective reflection, an unforgettable event, a religious demonstration, a family tradition, the devotion of a town. In my opinion, it’s the most relevant religious, cultural and social event in the city of Zamora.” – Manuel, Zamora

“Well, since I’m not religious, [Holy Week] doesn’t have any religious significance. My family is Catholic, but not practicing…. For me, it means getting together with my family, and my grandmother makes las torrijas, both with milk and with wine. Oh, wow, they’re so delicious! We usually spend the day together eating, playing board games, and in the afternoon we all go out for a walk and for a coffee. At night, more food!” – Naiara, Madrid

“We spend the week in front of the fireplace, eating a lot of traditional food like rosquillas, torrijas, potaje de semana santa, ajo mortero. Each day there is mass and a different procession, or parade.” -Silvia, Valencia by way of Madrid

“Regarding food in the region La Rioja, we have las torrijas and el zurracapote, a sweet wine drink that you can only find during this time of year.” – Naiara, La Rioja

“In my family we never miss out on eating las torrijas. I love them!” – Cristina, Almería

“I’m convinced that it always rains during Holy Week because Spaniards have forgotten about its religious meaning and are only concerned about the folkloric part (the processions) or about vacation at the beach.” –Ani, Madrid

“Well, I can tell you that the fiestas of Holy Week have become less religious and more popular; in fact, there’s been a boom. All of the towns and cities that had stopped celebrating them are now signing up to organize fiestas again…. But, in my opinion, it’s not that society has become more religious, but rather it’s about a cultural revival, an excuse to party, which is what Spaniards love. The churches, on the other hand, are empty.” – Eva, Madrid

“There are a lot of Spaniards who aren’t religious and they take the week off for vacation and to travel. But, even non-religious people watch the processions because they’re so striking.” – Cristina, Almería

“More and more Holy Week is about taking a much needed week of vacation.” – Manuel, Zamora

How is Easter (Holy Week) celebrated in your native country? What do you wish outsiders better understood about how it’s celebrated? Does it deserve a second look? Do you celebrate similarly to how Easter in Spain is celebrated? Comment below! 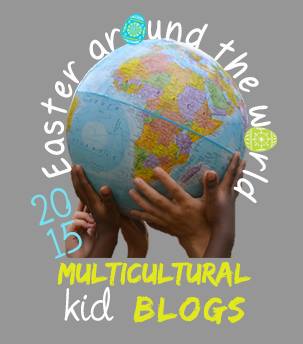 This post is part of our Easter Around the World series.  Visit our main page for a full schedule of all the posts!

My name is Audrey, or as my madrileño husband, D., has always called me, "españolita" because of my love for all things Spain. I grew up in the Washington, DC area in a monolingual English-speaking home. I started studying Spanish at the age of 12, and from day one I fell in love with it. I eventually earned a B.A. in Spanish from Georgetown University, during which time I spent a year studying in Madrid, where I met my husband. I later earned an M.A. in Linguistics, with a focus on second language acquisition, also from Georgetown. I’m a Nationally Board Certified English teacher and spent nearly eight years teaching English as a Second Language and later English literature at a large urban high school in Virginia. I left my job in June 2014 to stay at home with my now one-and-a-half old daughter, E., with whom I speak exclusively in Spanish. My blog chronicles my adventures in bilingual parenting. I invite you to join my family in language learning, language teaching, language growing, and language loving, all…¡sobre la marcha!