There is a saying about Brazil, it is ‘the country of the future, and always will be.’ Well, in one respect, that future is now.  With only a few days to go until kick off, most people are getting excited about the World Cup. True, there is a large section of the Brazilian population that wishes it would all just go away, but as the tournament starts I am sure that, along with the inevitable protests, excitement will mount.

However, for my 3-year-old son and his peers, Brazil is still the country of the future; their future. Instead of rehashing already tired arguments about the failures of the Brazilian authorities to prepare for the World Cup in an efficient, timely and cost-effective manner, I am going to look at how this tournament might change some aspects of the country for the kids who won’t even remember it.

It’s late. None of the airports are ready. According to some surveys only 40% of the promised work to improve mobility in cities has been completed. In the city I live in, Curitiba, there have been frantic last minute dashes to get at least some semblance of order, but a lot of the work will continue after the world has forgotten the games we are going to host.

But all this work (and more) needed to be done. The road from the city centre to the airport in Curitiba has been a nightmare for as long as I have been here and the eventual upgrades will last a long time. The bus station is looking a lot better and even the projects that haven’t been completed yet have brought some improvements.  They may not be compleetd in time for the World Cup, but they will be of benefit to the future generations.

The status of the country has been changing for a while now, thanks in no small part to its growing economy. This, coupled with the World Cup and the Olympics in Rio in another two years, have helped to draw the international community’s attention to Brazil so that there are often stories in newspapers about us. These are sometimes feel good stories about the music, food and culture of the country. But more often than not, these stories are not the most beautiful and highlight problems associated with crime, corruption, the environment and other problems the country faces.

This, I think is a good thing. There is no perfect country in the world and the fact that other people are aware of the both the positive and negative aspects of the country means it is being taken more seriously. Hopefully, when my son and his generation grow up it won’t be into a world that associates Brazil only with samba, the beach, carnival, football and sex.

Until 12 months ago, Brazilians never protested. Ok, so they did come out on to the streets to bring about democracy, but since then they have been largely complacent. If you went to a bar, or logged onto Facebook there would be a lot of complaints about what various politicians were doing, but very few people actually got up and did anything about it.

A year ago the political establishment was shocked when all of a sudden people took to the streets. The political elite had no idea what to say or do about the crisis for a more than a few weeks as they had never been confronted by anything like this before.

I am hopeful that they will no longer be able to treat the people like cattle who go out and vote the way they are told once every 4 years and then shut up and let their maters get on with running the country. I am hopeful that people will be able to feel they do have the power to stand up for what they believe in once they see they can make a change. I am hopeful that the next generation will demand more transparency and accountability to help prevent the next World Cup that is held in Brazil encountering similar problems.

This is my one big fear. The police in this country are just plain awful. There are a multitude of different levels, with the Military Police, State police and Municipal police. Then there are different branches like the Highway police and Federal police… I have had conversations with a number of people about the police and nobody seems to know what they are all supposed to do, nor who they are responsible to.

There have recently been a few lone voices calling for reform of the whole system. This is progress because until recently hardly anybody spoke about changing the system. There are many things I could wish for for my son’s future in Brazil, but towards the top of the list would be wholesale reform of the policing system. I am not overly-hopeful.

Would you like to find out more about Brazil from the people who actually live here? There is a growing and active community of bloggers based in Brazil who regularly write about life here. Some of those I can wholeheartedly recommend include A Brazilian Operating in this Area, Born Again Brazilian, Adam Gonnerman and Brazil In My Eyes. 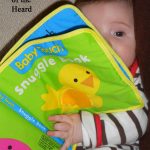 Stephen Greene is an English language teacher, teacher trainer and materials developer from the UK living in Brazil. He blogs about language teaching at tmenglish.org.  When he is not teaching people the difference between ‘pretend’ and ‘intend’ he also blogs about raising a bilingual family and being an expat dad in Curitiba at Head of the Heard.  You can follow Stephen on twitter @hoftheh or like his Facebook page.