My first day in Somalia my two-year old daughter fell off the roof and I had to make spaghetti from tomatoes (no jar of Ragu) and beef (ground by yours truly) and noodles boiled in water that my husband drew from a cistern out front.

Once we figured out how to keep kids from falling off roofs and I figured out how to make spaghetti, that was all I did. Keep the kids safe and prepare food. The same, gross food every single day, with the occasional, even worse, cabbage soup made by a Somali woman for variety. 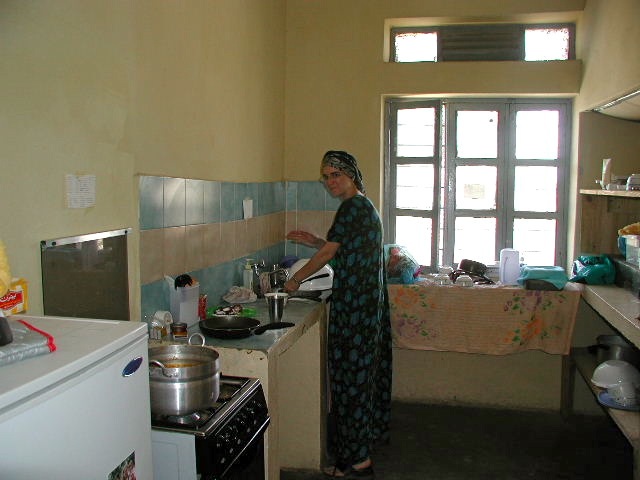 I was studying language, studying how to wear a headscarf, studying how to walk without rolling an ankle, and felt like I was failing miserably at all of it. My husband was teaching at the University and came home hungry and was served: spaghetti. Sometimes with bone chips in the meat, often without spices, and always with too much oil and soggy noodles because I let them overcook while keeping the twins out of trouble.

We had no refrigeration (the fridge was used as a shelf) and I was so exhausted from morning market trips, language study and cultural shock, and from toddler twins, that by the time dinnertime rolled around, all I could do was slam bananas and a big bowl of oil-popped popcorn on the table and say, “Eat.” 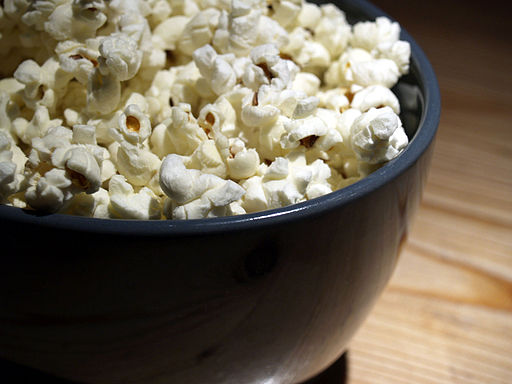 Night after night, bananas and popcorn. Sometimes a stale baguette smeared with rancid butter and overly sweet jam for dessert.

This was what we now call our ‘popcorn and bananas season.’ It lasted long enough for my husband and I to lose quite a bit of weight and the spaghetti and soup were so bad that we still gag when we talk about it.

I wanted to do better. Like all parents, expatriate parents want the best for our families. But there are times when the best that mom or dad can do is popcorn and bananas. Here is my own list of when popcorn and bananas count as nutritional, lovingly-provided, and sufficient for dinner.

Expat parents, we know we have the best of intentions for our families. And we also know there are times we only have the strength to summon up popcorn and bananas. That is okay. Serve it with pride and enjoy the adventure.

And don’t forget, there is hope. After a few years of revolting food and moving to a different country with more available, I learned how to cook. Nothing to boast about but nothing to complain about either. I even compiled a cookbook: Djiboutilicious. 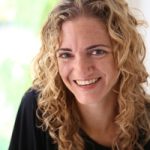 Rachel Pieh Jones is married to Tom Jones (not the singer, though he thinks life might be more interesting as a musical) and has three children (one named, loosely, after Indiana). Raised in the Christian west saying ‘you betcha’ and eating Jell-O salads, she now lives in the Muslim east, says ‘insha Allah,’ and eats samosas. Her work has been published in the New York Times, Family Fun, and Christianity Today, and she blogs for Brain Child and Babble. Visit her website: Djibouti Jones or follow her on Facebook or Twitter.

Rachel writes about life at the crossroads of faith and culture. Her work is influenced by living as a foreigner in the Horn of Africa, raising three Third Culture Kids, and adventurous exploration of the natural world. She has been published in the New York Times, Runners World, the Big Roundtable, and more. Her next book will be released in October, 2019. Get all her stories and updates in the Stories from the Horn newsletter http://www.djiboutijones.com/free-djibouti-jones-updates/