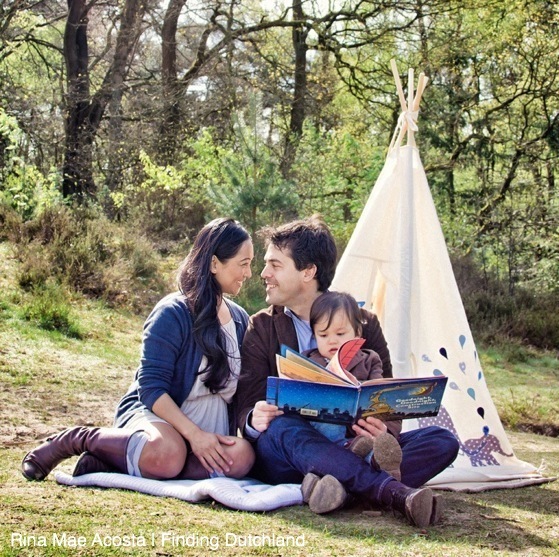 The Netherlands is known around the world for being a country with liberal, progressive ideas and being international orientated. The Dutch often pride themselves on their tolerance for other cultures and religions, historically welcoming everyone from around the world who would want to make the Netherlands their home. As a result, the Netherlands has one of the largest populations of foreign-born residents in all of Europe, creating a dynamic, multicultural society peacefully co-existing with one another.

I am one of those foreign-born residents currently living in the Netherlands. Originally from San Francisco and a second-generation Filipino-American, I joined my Dutch husband half way across the world and started a family in the Low Countries. We are proud parents of a precocious half-Dutch, half-American two-year old boy. Being a multicultural family in a foreign country is simply who we are, wherever we happen to find ourselves.

Raising a multicultural family is like living a colorful reality, complete with different languages, foods, customs and more holidays (both religious observations as well as national celebrations). What child wouldn’t be happy looking forward to King’s Day in April and American Independence day on the 4th of July? Then again, it also lends us to occasionally have cultural conflicts. Suffice to say, American sentimentalities and Dutch directness do not always complement each other. What isn’t lost in translation is our family’s love for one another and our honest, daily attempts to learn more about each other’s cultures.

Arguably one of the best aspects of being a multicultural family in any foreign country is being more cognizant about life in general. You just become more aware of how other people live their lives in comparison to what you are accustomed to. Life in the Netherlands regularly presents different opportunities to evaluate, analyze, and understand more about our own cultures as well as each other.  Rather than taking cultural norms for granted, we discuss and explore what those cultural norms entail. It also motivates us to be more critical about our own culture as well, inspiring us to identify which traditions, values and cultural nuances we personally identify with and want to teach our son. Life essentially becomes our classroom, allowing us to discover

Being a multicultural family in the Netherlands has also allowed us to stumble upon other wonderful people, mainly other expat families from around the world – Italians, Singaporeans, South-Africans, Australians, Americans, Polish, Filipinos, Swiss, Israeli, Lebanese, Turkish and Dutch people. Perhaps it’s because we are also open to a different way of living that invites others to share their own traditions, culture and history. When you are in a foreign country, everyone basically has the potential to become family and the best way to build our own tribe. However, we’ve learned that parenting truly is a universal experience and though there might be various cultural differences, we all have one goal in common: to raise our children into happy, well-adjusted adults. And by raising our son in a multicultural environment surrounded by people from all different backgrounds, it feels as if we’re raising him to be a child of the world.

I also realized that by writing about my family, we’re also joining in the greater discussion about what it means to be a multicultural Dutch-American family in the Netherlands. Unlike other neighboring European countries, what is considered traditionally “Dutch” is not based on Dutch nationality, but rather ethnic origin. Anyone who has an ethnic origin other than native Dutch, regardless of whether or not they were born in the Netherlands, or how many generations of their family have also lived in the Netherlands, is officially classified as a foreigner. The Dutch have coined a term for this designation: the Greek-based word allochtoon (non-indigenous) to refer to someone whose ethnic roots are outside the Netherlands. In the eyes of the Dutch government, my son who is half-Dutch and born in Utrecht but who also has an American mother is therefore considered an allochtoon.

As the child of immigrant Filipino parents in the United States, I’ve learned that culture is not a stagnant, absolute ideal but rather multifaceted and changes to reflect the values and priorities particular to each generation. Our explorations have become a wonderful opportunity to offer another perspective about what it could mean to be “Dutch”.  By seeing my multicultural family integrate into Dutch society, we’re  extending the dialogue from simply race-based to the more accommodating idea of identity. Perhaps one day aside from simply encouraging Dutch tolerance, we’ll be part of a multicultural Dutch society that also embraces acceptance.

For anyone considering being a multicultural family in a foreign country, I guarantee you that your life will definitely feel richer. It’s actually even better than simply traveling because it allows you to take the time to integrate into a new different community, acquire a more intimate understanding of the culture as well as discover new aspects about yourself that you never knew about. 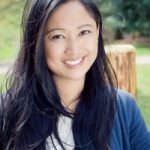 Rina Mae Acosta is an American writer currently living in the Netherlands with her Dutch husband and two-year old son. In an effort to connect with other parents, she started the blog Finding Dutchland to share her adventures as she navigates the world of being an expat mom. Finding Dutchland has evolved into a family lifestyle blog offering inspirational and educational material for parents, covering topics such as expatriation, cultural musings, travel, and all other random things that capture her attention and speak to her heart. If she isn’t busy running around after her toddler, you can connect with her on Facebook, Twitter and her blog Finding Dutchland.