Readers of this blog will know that our bloggers are a very multicultural group! We are made up of bloggers from all over the world, and many members of our group live in countries that are different from the one they were born in! As the final post in our Christmas in Different Lands series, we asked our members to share how their Christmas celebrations have been influenced by the many places they have lived. I love all the multicultural Christmas traditions that they shared! 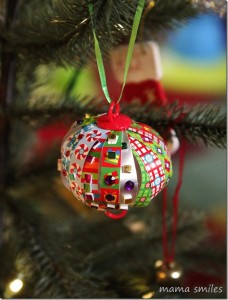 The Kid World Citizen family has a multicultural celebration reflect their diverse family! For Christmas, they always set up a Nativity scene (and it’s getting bigger every year as they do in Mexico!), and they also celebrate 3 Kings Day on Jan 6th with the traditional rosca de reyes (bread with a baby Jesus inside, “hiding” from King Herod). The family also always go out for Ethiopian food on their Christmas on Jan 7th, and then sometime in January or February they celebrate Chinese New Year. This is a busy time of year for this multicultural family! You can read more about how this family balances their multicultural traditions in this post Becky wrote for the Spanglish Baby blog.

At Glittering Muffins, they have a Christmas log (or Buche de Noel), a Quebecois tradition, and also enjoy Austrian fruit-filled and chocolate-covered gingerbread cookies  Eventually we will introduce the German tradition of Nikolaus, where you get some small treats on December 6, but their son Nico would not understand yet that it is different than Christmas.

Over at All Done Monkey, one thing they have we added from Leanna’s husband’s background (Costa Rica) is watching Costa Rican TV online to see the bulls (toros). Not bull fights exactly; more like they have a bull in the ring and people jump in to run around with them for a bit and hope they don’t get tossed around by the bull!

In the Expat Life With a Double Buggy home, they hold off on all things Christmas until they have celebrated Pakjesavond on 5 December. The tradition is that our Christmas tree goes up on the 6th December (with what feels like the rest of the Netherlands – the tree sellers have their best few days just after the 5th). So first Sinterklaas…. then Christmas. When I lived in England the start of December pretty much signaled the start of Christmas preparations.

The Expat Since Birth household also celebrate Nikolaus/Sinterklaas. Sometimes on the 5th (like in NL), sometimes on the 6th (like in Germany and Switzerland). Like the Expat Life With a Double Buggy home, they prepare the Christmas decorations etc. after Sinterklaas/Nikolaus. That’s a small snowy village full of lights (which they got from the Netherlands), a “presepe” (manger) from Italy, and the Christmas tree if we celebrate it here in the Netherlands. They have the “Adventskranz” (German) to celebrate the 4 Sundays before Christmas and the “Adventskalender” (German, Swiss, possibly also Netherlands?) Leading up to the 5/6th of December, before Sinterklaas/Nikolaus, we also do “schoenen zetten” (put the shoes in front of the fire place to get little treats from the Zwarte Pieten). And for Sinterklaas/Nikolaus we bake/eat the “Grittibänz” (Switzerland) or “Stutenkerl” (Germany). This family also enjoys “Lebkuchen” (Germany) and “Panettone” or “Pandoro” from Italy. Visit this blog to read more about celebrating Christmas in a multicultural expat family!

Varya of the Creative World of Varya never really celebrated Christmas, but since she moved to China Christmas has been such a huge deal (while not being an official holiday there): crazy sales, restaurant Christmas dinners, discounts on everything.They start decorating here from November 1st and it goes on till after New Years and then the rush for Chinese New Year starts! Varya’s family does attend Christmas parties if invited, but they don’t decorate a tree or emphasize Christmas at home. Their daughter knows Santa is not real and he’s not going to jump through a chimney (which we don’t even have in our house and we have bars on all windows from the outside!). So to them, Christmas is just a nice festivity and they do honor the day as the Birth of Jesus Christ. As English teachers, Varya and her husband use Christmas as an opportunity to teach about cultural traditions of English speaking countries and to make crafts.

Rita at Multilingual Parenting added mince pies to her Christmas food list after being offered them for the first time during a visit to England.

Bronwyn from Journeys of the Fabulist started thinking of turnips as Christmas food after living in the UK! This is also where she learned about the tradition of mulling wine.

For Natalie at Afterschool for Smarty Pants, being an expat who is also part of a multicultural family meant moving the date of Christmas! Natalie grew up in the Soviet Union, where they decorated trees and exchanged gifts on New Year’s Eve. They also didn’t do Advent, and now they have Advent calendars and a lot of anticipation building up before Christmas. Visit Natalie’s blog to read about how they blend Russian and German Christmas traditions!

Amanda at The Educators’ Spin On It‘s grandfather immigrated from Holland, and so they leave out wooden shoes for St. Nicholas with carrots inside them for his deer.

Christmas traditions in the What Do We Do All Day? home are heavily influenced by Erica’s mother’s Swedish heritage. Visit her blog for a list of Swedish Christmas picture books (in English), and to learn about the Lussekattor (saffron buns) her family enjoys for St. Lucia Day!

Olga Mecking grew up in Poland celebrating with an Adventskalender and the Advent wreath where you light one candle for each Sunday of Advent – although these were more German traditions than Polish ones. 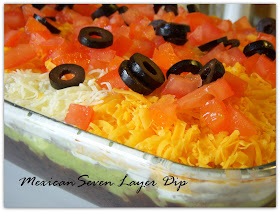 Maria of Busy as a Bee in Paris brought her seven layer dip as an appetizer for their Christmas Eve meal in France, and everyone loved it so much it has become a tradition! You can visit Maria’s blog to read how she has brought Mexican Christmas traditions to Paris!

The Raising a Trilingual Child family joined two cultures and two religions together, which you can read about in this post. The time this family spent in Germany left its imprint as well. Stollen and Lebkuchen is placed together with Panettone and Pandoro on their Christmas table.

Frances of Discovering the World Through My Son’s Eyes wrote of her mother-in-law’s Southern cooking for New Year’s – a new-to-her tradition since this was not something she ate growing up in Puerto Rico!

What Christmas traditions does your family celebrate, and where do they come from? 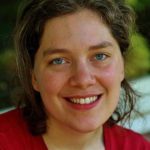 MaryAnne was raised in the United States, Guatemala, France, Bolivia, and Austria. Her first daughter was born in Scotland, and she now lives with her husband and their four children in Silicon Valley, California. You can find MaryAnne writing about creativity, learning, and play at Mama Smiles – Joyful Parenting. Her own family’s traditions include Christmas carols from around the world, Lebkuchen from Austria (where she fell in love with Christmas markets), Gingerbread houses from her mother’s childhood, Christmas ham from the United Kingdom, and a special appreciation for light and music from Sweden.