My husband and I spent weeks agonizing over the perfect name for our son. We wanted each part of his name to be significant, full of good values and character. For us, our child’s name would not be something we chose just because it was popular or sounded pretty. It was an opportunity to represent our Indian heritage and to provide our son with a guiding tone. (For his future privacy, we publicly refer to him as Bubba on social media.) 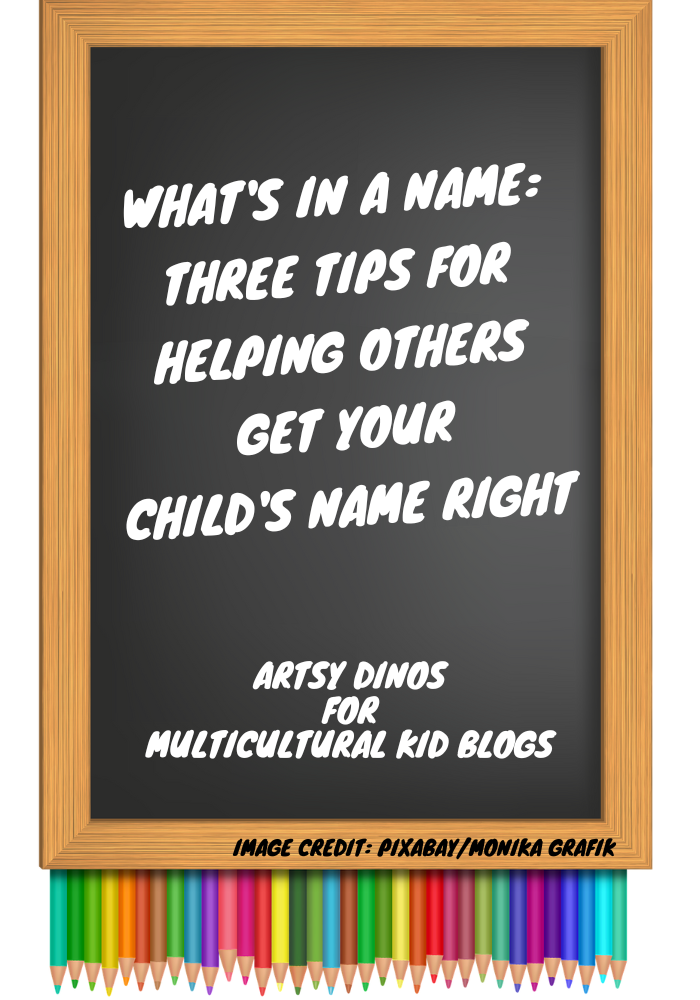 After much deliberation, we finally picked a name for our son that we loved. In addition, we hoped it would not be too difficult for non-Indian people to pronounce. However, my son’s name gets continually mispronounced, even by Indian people! Honestly, I do not mind because it’s a unique name that we derived from a Sanskrit word. But, I do mind when, after correcting the person a couple times (or even multiple times!), they still get it wrong. Sometimes, they simply dismiss the error with an “Oh, close enough!”

Nope. It’s not close enough. If the person is someone you’ll see on a regular basis, like a coworker or a student, it’s important to make a genuine attempt to get the name right. It is part of that person’s identity. And by not taking the time to do so, you are invalidating a part of them.

To that end, here are three tips to help you and your littles assist others in getting their name right!

This is probably the hardest one to achieve, but it’s the most effective. Having your kiddos speak up the first time, and learn how to say, “Excuse me, this is how you actually say my name” with pride, will help nip the mispronunciation in the bud. It’s much harder to correct someone after they’ve gotten used to saying a name incorrectly. This is especially hard for Bubba who is shy when he first meets a group of people, but it’s something we’re working on!

Help your child come up with an appropriate pneumonic device

There are definitely names that are more difficult to pronounce than others. I’m of Indian-American descent, and I still have a hard time with some South Asian names. Nevertheless, I always try. Using a pneumonic device, or a simple way to remember how to say the name, is helpful.

It’s also helpful to know how to correct common mistakes. For example, if my son’s name were Aarav (AAH-Ruv), with the emphasis on the first syllable, but people commonly pronounced it with the emphasis on the second syllable (Ah-RAAV), I would use their name or a common word to help them remember. For example, if the person were named Jacob (JAY-cub), you could say “It’s AAH-Ruv, not Ah-RAAV – just like it’s JAY-cub not Jay-COB”.

This video can be sent to teachers, coaches, caregivers, and anyone else that needs to learn how to say your child’s name correctly. This may come off as a little over the top, but it will definitely get the point across! Plus, it can be helpful for people who are genuinely trying. A video allows them to hear the name slowly, in a controlled setting.

This is especially important whenever your child first starts at a new school with new classmates. We did not do this for kindergarten. I have now helped to correct the teacher, as well as my son’s friends, many times. Unfortunately, the ‘original’ wrong way of saying his name has stuck. Bubba’s first grade teacher is definitely getting a video!

I hope these tips help you. It’s also important to teach your kids the importance of saying other people’s names correctly. Read them books with diverse names. Or, when you’re making up stories, choose names from different cultures! Remember, if my then four-year-old could say Pachycephalosaurus perfectly, anything is possible.

Rachel is passionate about teaching kids to embrace all types of diversity in the world. She creates content and craft kits to help parents find fun and creative ways to learn about other cultures and ideas through her business, Artsy Dinos. Inspired by her son "Bubba", she wants kids to be so proud of their own cultures as well as have respect and knowledge of others as well!