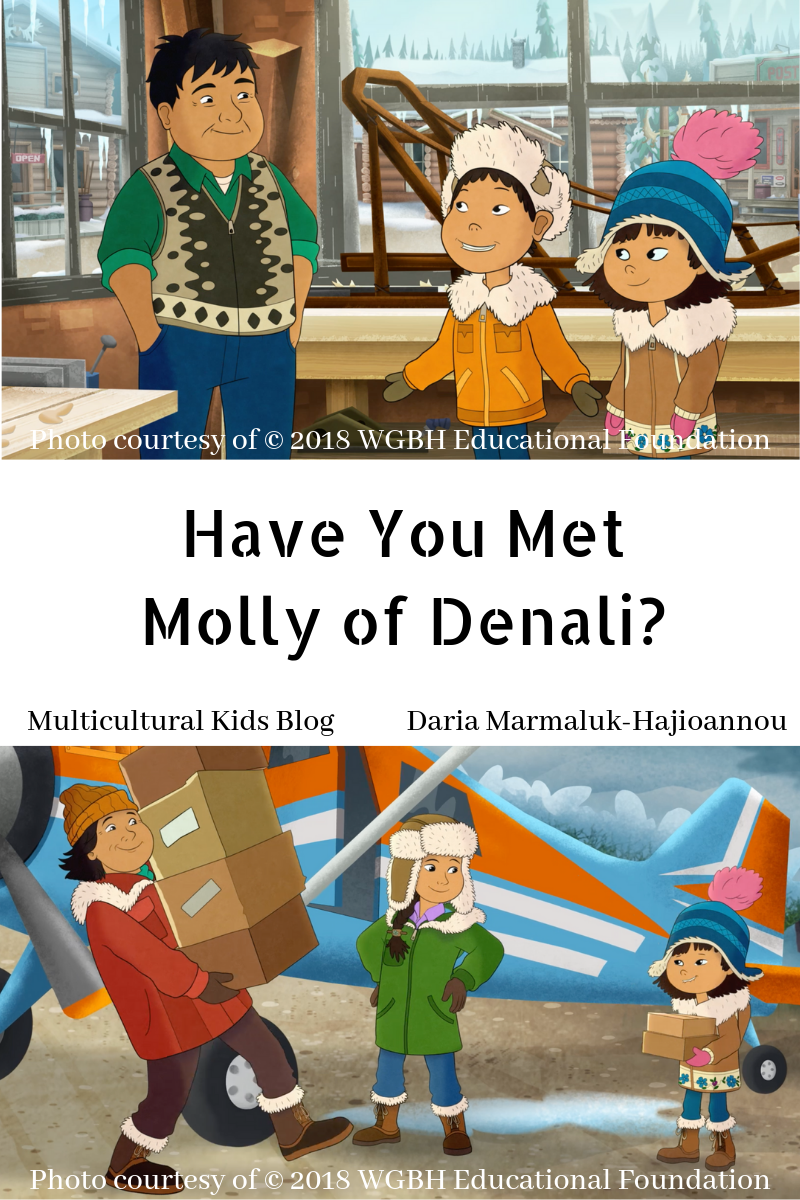 Meet Molly. Her mom is a bush pilot in Alaska. Her dad is a wilderness guide. Molly’s family runs the Denali Trading Post in their small rural town of Qyah, Alaska. And, she also has her own television series on PBS!

This is truly a unique series, even for a culturally-aware media provider like PBS. The show also has the honor of being a wonderful “first.”  Although Native American characters from various tribes have had small parts in other children’s programs, this is the first animated children’s series to feature a Native American as its lead character. Molly is a smart, curious, funny and amazing young person who will clearly be a new favorite for younger and older viewers alike.

This Series Gets It Right

PBS offers great programming for children, but no one has really taken on this type of project before. Understandably, I was a bit wary. Was this going to be a Native American version of Dora The Explorer or Hannah Montana? The cute, sing-song name certainly gave that impression. Even worse, was it going to completely commercialize Native culture? Many of us have cringed repeatedly at Disney’s attempts to produce movies and programs about Native peoples in both North and South America.

Luckily, Molly of Denali is different. The creators did their homework and worked side-by-side with the people represented in the story. Molly uses Native actors to voice Native characters. Native writers assisted both producers and non-Native writers in developing characters and storylines. And, the program “gives back.” For example, as part of the Rural Education Initiative in Alaska, outreach and educational materials have been created for distribution. These efforts are all intended to increase awareness of indigenous cultures and foster pride in what those cultures offer.

Plus, the episodes are tons of fun! Now my question is: why did something like this take so long?!

The Cast of Characters

Molly of Denali also offers a modern, diverse cast of characters. Molly’s mom is a skilled and adventurous pilot. Molly’s best friend, Tooey, is from a family that raises sled dogs. Another friend, Trini, lives in Qyah because her father is the local librarian. And, they are all surrounded by various relatives who share a broader perspective on Native life in days gone by.

Relatives abound and share a broader perspective on Native life in days gone by and non-Native characters play roles in many episodes as well, showing how life in a rural village can be a blending of cultures and a mixture of old and new ways.

This clip offers a great example of how Molly of Denali presents cultural differences in an accurate, fun, and meaningful way. The episode focuses on Native names and the Native American naming process. Here’s Molly discovering how it all works.

I am also so proud of this program because it carefully, tactfully and age-appropriately includes the sad and shameful history of Native Boarding Schools into one episode called Grandfather’s Drum.  In that story, Molly and Tooey want to learn songs for an upcoming celebration from their Grandfather but they find out that he no longer plays his drum.  Molly hears many relatives say that grandfather used to know many songs and had a beautiful voice – so why doesn’t he sing now?  The story unravels his past and the kids uncover an old friend and his special drum.  Their map-reading and detective skills lead them them to help Grandfather discover that he can sing, drum and share his knowledge once again.

Molly Has A Podcast

In case the TV series is not enough, there’s also a Molly of Denali podcast. Produced through a partnership between WGBH, PRX, and GenZ Media (of Six Minutes and Pants on Fire fame), the show provides additional content to supplement the TV series. Episodes provide the backstory on how Molly’s family came to run the Denali Trading Post. You can also listen along as Molly and her mischievous dog, Suki, experience various adventures that include missing birthday cakes, stranded bush planes, and a mysterious raven!

Finally, you can meet Sovereign Bill, the young actress and voice behind Molly of Denali, in this Alaska Public Media interview.