Iceland, as many people know, is home to waterfalls, rainbows, glacier lakes, hot springs, and the creamiest ice cream ever. But here are a few other things about Iceland that make it a super-fun place to visit with your family. Read these fun facts about Iceland. 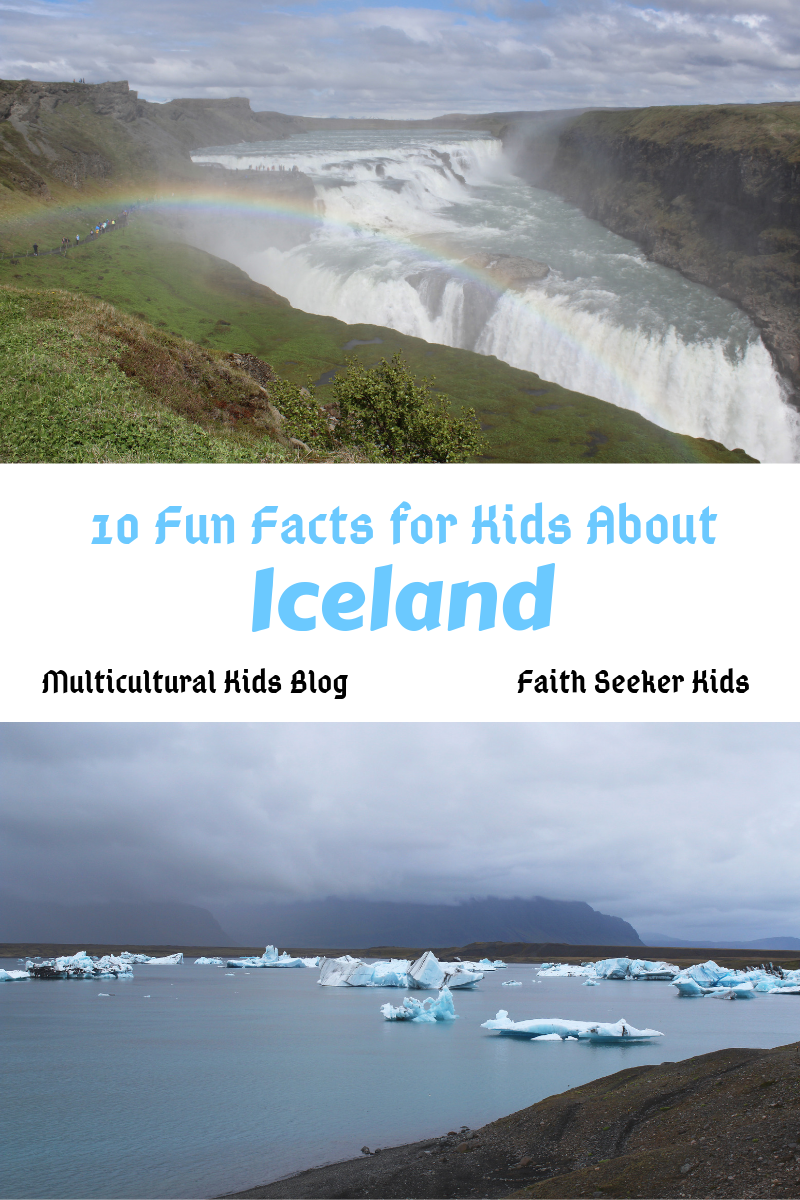 #2: The Icelandic alphabet is really complex.

World alphabets vary widely, but Icelandic is the only modern language that still uses the Old Norse/Old English þ and ð which denote the two different versions of “th” in English (“thing” vs “that”). For added fun, some letters also change sound depending on where they fall in a word. For example, “f” at the beginning of a word sounds like the “f” in “father.” But an “f” in the middle of the word sounds like a “v,” and an “f” before an “l” or “n” sounds like a “p.”

Dr. Jackson Crawford’s 30-minute video on the Basic Pronunciation of Icelandic is a much-watch for all arm-chair linguists.

Nearly every visitor to Iceland passes through Ϸingvellir (pronounced thing-vet-leer). It literally means “fields of parliament,” and it was the site of the first general assembly (the Alþing) in the year 930CE. Over 30 clan chiefs gathered here to establish the law of the land. Thereafter, it also became the place to settle disputes. Ϸingvellir is also geologically significant. Iceland is divided by the mid-Atlantic rift which happens to rise above sea level. Both plates – the North American tectonic plate and the Eurasian plate – can be seen at Ϸingvellir.

#4: Iceland is home to the world’s only phallus museum.

Yeah, you read that correctly. It’s officially called the Icelandic Phallological Museum, and it’s in Reykjavik. The museum contains hundreds of specimens from various land mammals, sea mammals (think whales), and humans. It also offers lots of information on the history of phalluses and how they work (not as straightforward as you might think!) The whole idea might sound pointless, or even repulsive, but it was actually surprisingly interesting. After a few minutes of skittishness and slight embarrassment, we found ourselves totally enjoying it. If you’re looking for more fun facts about Iceland, this might be it!

There are about 80,000 horses in Iceland – about one horse for every four people. The horses are all the same breed, and they are known for being strong and muscular. They are only about 14 hands (about 4½ ft.) high, which makes them more pony-like in terms of size, but everyone refers to them as horses. At the 982CE Alþing (see #3), Icelanders decided to end crossbreeding by disallowing horse importation. As a result, the breed has been kept pure for over 1,000 years. As an added safeguard, once an Icelandic horse leaves the island, it can’t come back.

The average temperatures in Iceland are probably a bit warmer than you might expect in the winter (low 20’s in °F or around -6 in Ccelsius) and a bit cooler than you might expect in the summer (high 50’s in °F or around 10 degrees C). But that doesn’t stop Icelanders from jumping into the water every chance they get! Yes, there are hot tubs, waterfall pools, and hot springs. But, there are also over 120 public swimming pools on the island. When we were there, the high temperatures were about 45-50°F (or 7-10C). We were definitely not swimming, but lots of Icelanders were!

#8: Fermented shark is a delicacy.

Well, maybe not. Various sources claim that Icelanders eat fermented shark, as a traditional food, during the mid-winter festival. But one waiter told us that tourists are more likely to eat it than Icelanders. He also said they serve it ice-cold to make it more palatable. The shark meat used in this questionable treat is poisonous when fresh, so the fluids are pressed out of it for several weeks before the strips are dried for 4-5 months. The meat is then cubed and served with toothpicks. My family decided it tasted like Windex, which is no doubt due to its high ammonia content, but it was fun to try. Here is a cute, family-friendly video about trying fermented shark.

This link will take you to a funny, but slightly less-family-friendly video (mostly b/c he talks about alcohol).

#9: They have lots of puffins.

Over 8 million of them, in fact! That’s because Iceland is home to over 60% of the world’s Atlantic puffin population. They are best seen between May and August when they breed on small uninhabited islands just off the shore of the mainland. Most of the time, puffins live on the sea, resting on the waves. Once a year, they return to their mating grounds where the female lays one egg. Both the male and female take turns incubating the egg, and they mate for life, remaining monogamous for over 20 years. They also flap their wings over 400 times/minute. Click here to get all the info. you could ever want to know about these amazing (and adorable) birds.

#10: The population of Iceland is small, and they’re often related.

Another fun fact about Iceland: there are only about 330,000 people in Iceland, and almost 200,000 of them live in Reykjavik. Moreover, most of them are descended from the same small group of 9th century Viking settlers. The problem is that kissing a second cousin is a real possibility there. Three University of Iceland software engineering students recently used Iceland’s extensive genealogical database to create an app that lets people know if they are related before they start a romantic relationship!

Icelanders love their land. In fact, they are getting ready to honor Okjökull with a memorial plaque. (In 2014, Okjökull became Iceland’s first glacier to be lost due to climate change.) But Icelanders are also proud of their heritage. Luckily, they are ready and willing to share their country with tourists from around the world, which makes it a wonderful place to visit! And we hope you’ve enjoyed these fun facts about Iceland so much that you’ll go there too!