I grew up in a Norwegian American home. My maternal and paternal great grandparents emigrated to the United States in the mid-1880s. Many of the foods that I consider comfort foods are of Scandinavian origin. While family recipes have been passed down through the generations, sadly other traditions have slowly been lost.

My ancestral heritage is very important to me. I have worked hard to instill familiarity and love for Norway within my own children. We have thereby enjoyed learning a variety of traditional handcrafts together.

A handcraft is any of a wide variety of types of work where people make useful and decorative objects completely by hand or with the aid of simple tools. The term is very important because it represents the culture and tradition of specific regions.

One characteristic of traditional handcrafts that sets it apart from the popular crafts you might find at Hobby Lobby or Michaels is that it promotes the heritage of a country through the use of indigenous materials. The key distinction is that handcrafts preserve traditional knowledge and talents. 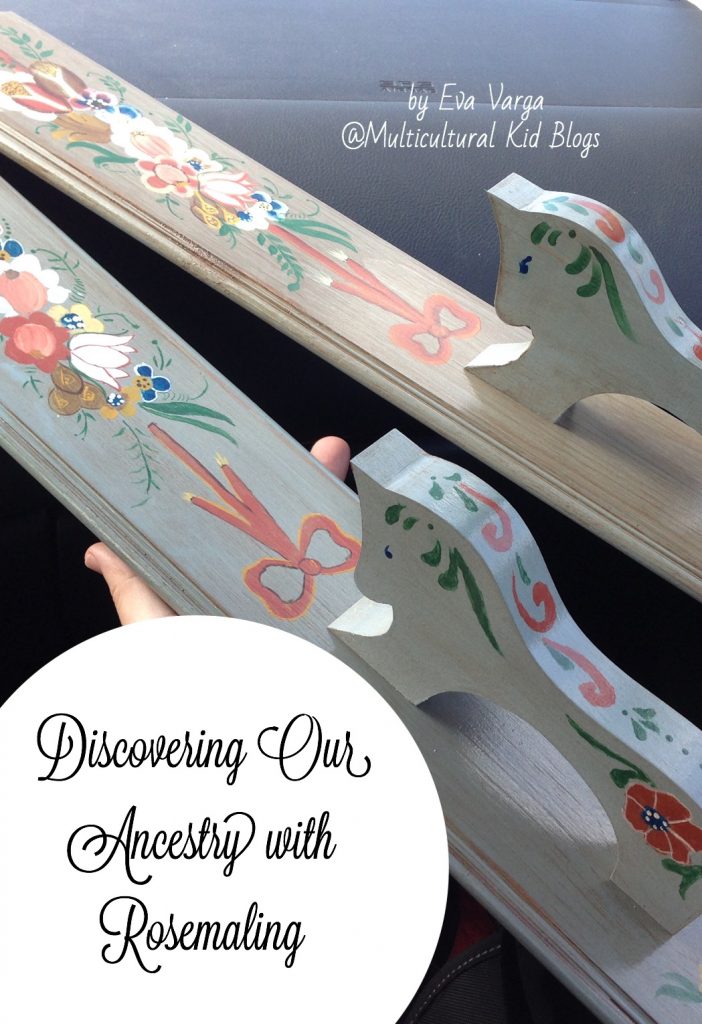 In Norway, one of the most prominent handicrafts is Rosemaling or “rose painting.” It is a form of decorative painting that developed in the 1700s. Artists from continental Europe inspired the first rosemalers. Over time, they developed their own unique styles.

Today, Each region, or fylke, in Norway has developed its own individual interpretation of traditional Rosemaling style and design. Most of these initially appeared back in the 18th century and even earlier. Style differences have become so obvious that the origin of each piece often can be identified on sight.

Most early painters were poor, traveling artisans that would go from farm to farm painting rooms and furniture for comparatively wealthy landowners. Styles sometimes overlapped as artists moved from one district to another. A few painters ventured from floral motifs to people, landscapes, biblical scenes, and animals. 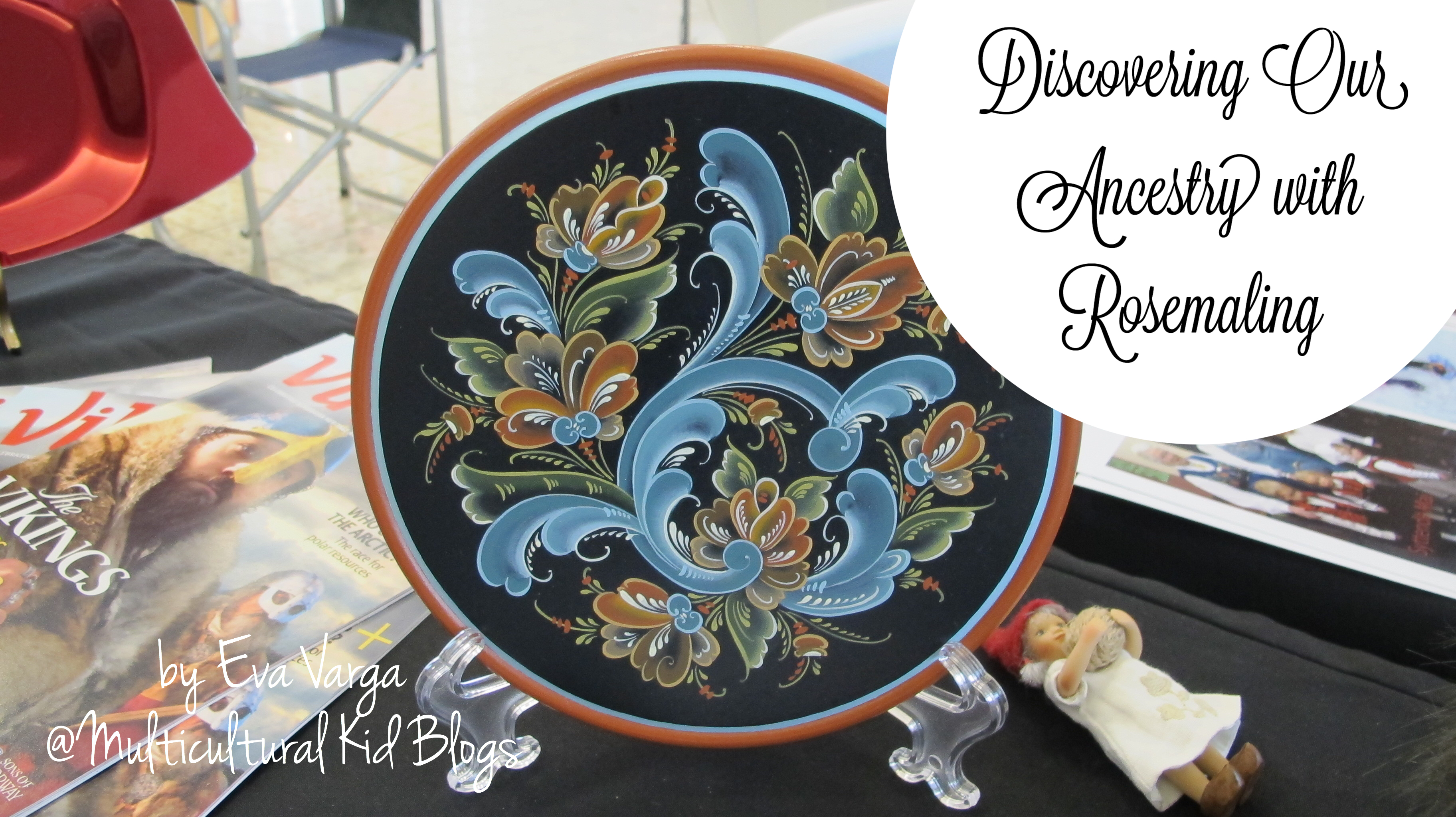 Like many other Norwegian handcrafts, rosemaling traveled to America with emigrants in the mid-1800s. However, when  American furniture styles and trends in home decor changed with modernization and manufactured furniture, the traditional art form began to disappear.

While it was dormant for many years, since the 1950s it has seen a resurrection by Norwegian-American descendants.

Give Rosemaling a Try

One of the great things about Rosemaling is its relative simplicity. Many styles are easy enough for young children to emulate.

Whether you are a child or a child at heart, you’ll want to start by practicing how to double-load a paintbrush as well as how to correctly do a variety of basic strokes.  Here’s a great YouTube video to help get started.

Here’s a good tutorial (including a printable pattern) to get started with the Hallingdal style of Rosemaling. There are also many wonderful print materials available. 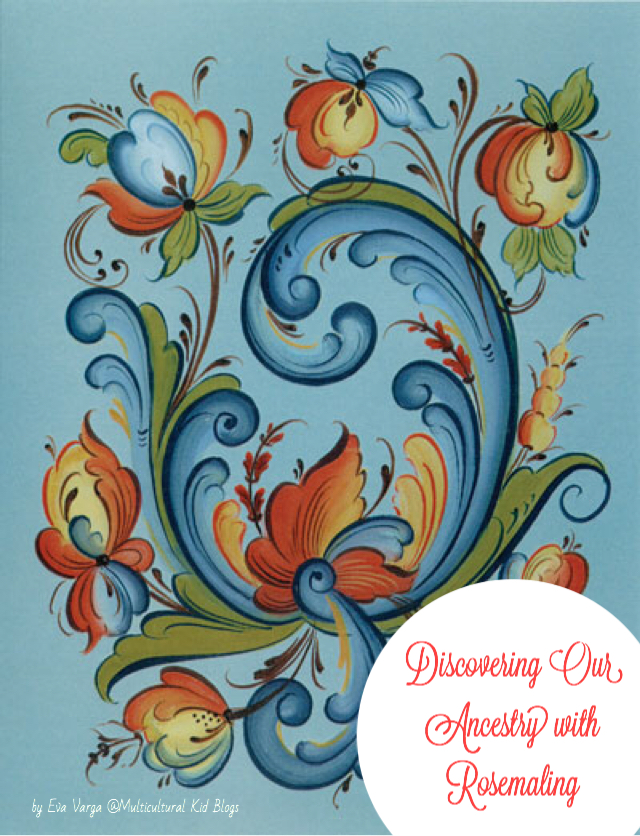 Have you tried Rosemaling or other folk painting styles? What traditional handcrafts are part of your cultural heritage?

10 Fun Facts About Sweden for Kids