Nigeria, also known by its official name “The Federal Republic of Nigeria,” is one of 54 countries in Africa. With over 1.2 billion people, Africa is big. The size of the African continent is comparable to the size of India, Canada and the United States of America combined.

Below are 14 Fun Facts About Nigeria For Kids and I hope you’ll fall in love with this beautiful country. 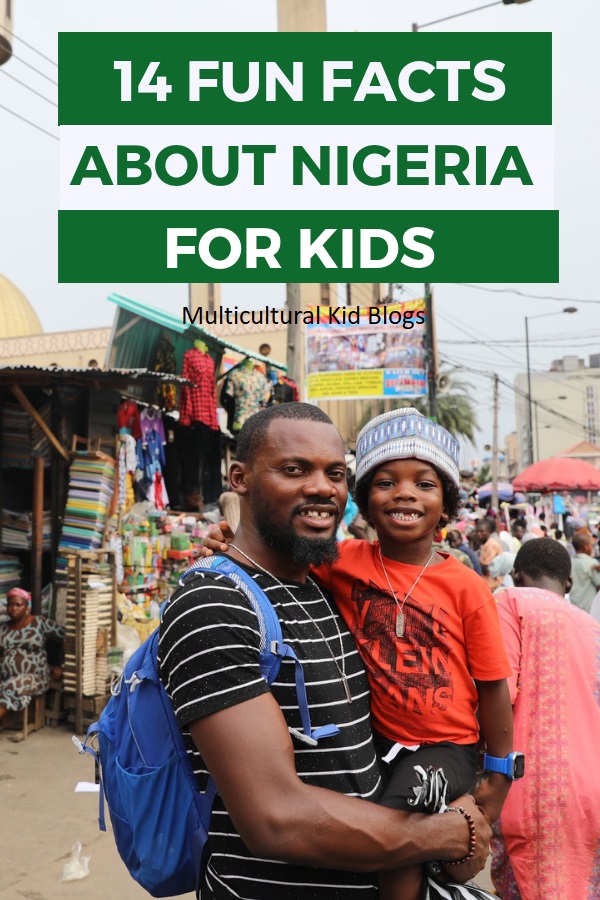 1. Nigeria is a country on the West Coast of the African continent. It shares a border by land with other countries such as Cameroon and Chad in the east, Niger in the north, and Benin in the west. Nigeria’s coast is located in the Gulf of Guinea, which is in the northeastern part of the Atlantic Ocean.

2. Nigeria generally enjoys a hot climate and two major seasons which are the rainy and dry season. Each lasts about half of the year.

4. The transatlantic slave trade started in Nigeria around the 16th century. The coastal towns of Badagry and Calabar served as major ports for the export of thousands of slaves. These slaves were shipped off on huge slave ships to the Americas and Caribbean until the British Slavery Abolition Act took place in 1833.

5. Nigeria has one of the largest river systems in the world. In fact, the Niger Delta River is the third largest delta on Earth.

6. Naira is the currency in Nigeria. As of November 2018, 1 United State Dollar is equivalent to 365 Nigerian Naira.

7. Lagos was the capital city of Nigeria until 1991 when it was replaced by the city of Abuja. Lagos is one of Nigeria’s busiest cities. It is the largest city on the African continent with over 21 million people living there.

9. The Britsh colonized Nigeria in the 18th century. However, Nigeria officially gained independence from the United Kingdom on October 1, 1960. Nigerians in Nigeria as well as all over the world celebrate Nigerian’s Independence Day with much abundance and pride.

10. Nigeria’s main sport is football (many parts of the world call this soccer). Interestingly, the name of the Nigerian national football team is The Super Eagles. The Super Eagles have won the African Cup of Nations three times, and they have made it to the FIFA World Cup Finals six times.

11. Pounded Yam is one of Nigeria’s most popular dishes. Nigerians enjoy it with a variety of soups such as Egusi, Okra, Ogbono, and Vegetable soup. Jollof rice, a stew of tomato and rice, is a very popular dish. Every home in Nigeria eats this dish.

12. Nigeria has very high levels of oil reserves. Along with oil, the nation exports rubber and cacao. Nigeria ships more than half of its oil produced to the United States.

14. Nigerians are known for their colorful traditional outfits. These are sewn with intricate and beautifully designed Ankara fabrics. Nigerians generally wear these outfits on a daily basis, and they reserve the more complex styles for big occasions.

Here are ideas on how to teach your children about Nigeria and Nigerian culture in a fun and exciting way:

Freelance Travel Writer
Karen is a mom, wife, and writer at TheMomTrotter.com where she inspires and encourages families to travel the world. She is also the founder of BlackKidsDoTravel.com, which is an organization created to bring about diversity in travel and bridge the gap. On her blog, she writes about her mission to raise global citizens as well homeschooling, worldschooling, and budget travel.