As you might imagine, being able to spend Christmas in Bethlehem is a very unique and special experience. In 1999, I found myself on Christmas Eve at the Church of the Nativity, along with thousands of other individuals, literally, from around the world. 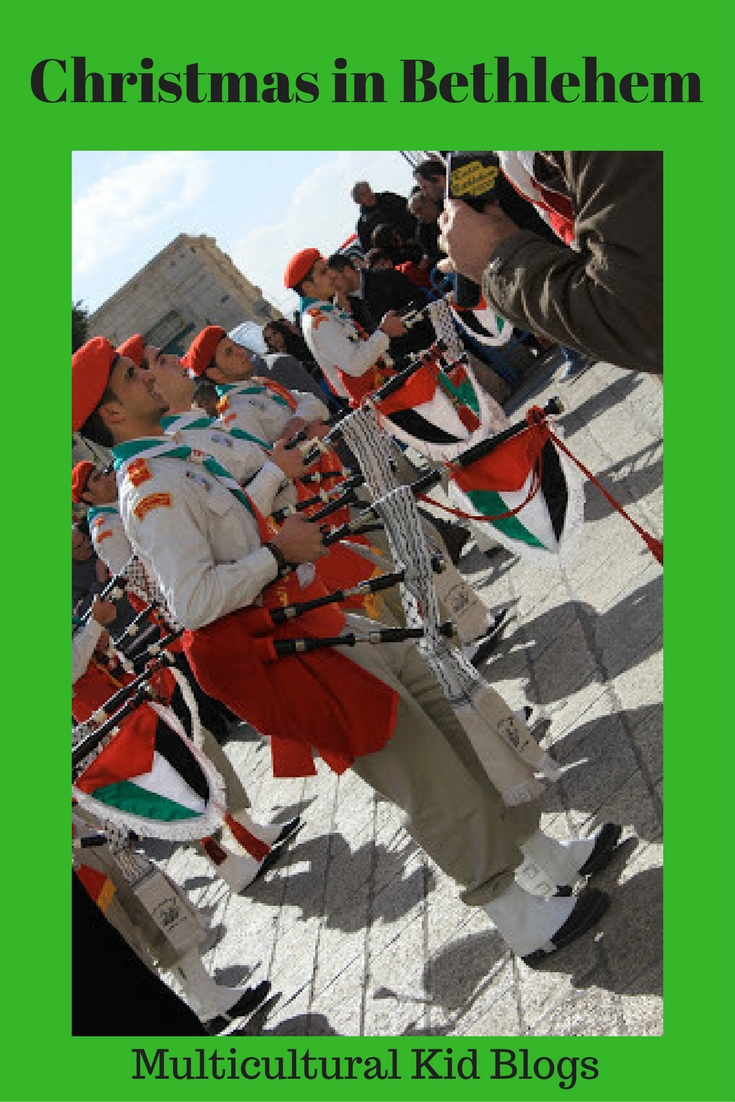 This is one of the many things that makes Christmas in Bethlehem so unique: people from around the world flock to Bethlehem for Christmas. I celebrated Christmas Eve alongside Palestinian Christians and Muslims, Israeli Jews, an Australian man, and a couple of British women. Then there was me, a Texan who came there from Egypt where she was studying abroad from her New York College. My (future) husband (a Bostonian who was also studying abroad in Egypt) was also present. We were all talking and getting to know each other as we enjoyed the magical night. On stage, we watched an African children’s choir perform, followed by a European adult choir. 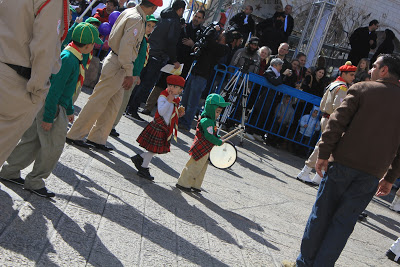 A major tradition in Bethlehem (and many other Palestinian villages) at Christmas time are Christmas parades to the town center for the lighting of Christmas trees. In Bethlehem, the parade ends at the Church of the Nativity. Palestinian children participate in these parades and there are often marching bands.

I also learned that Santa has become quite popular there. It is quite common for children to dress up as Santa, which is completely adorable! 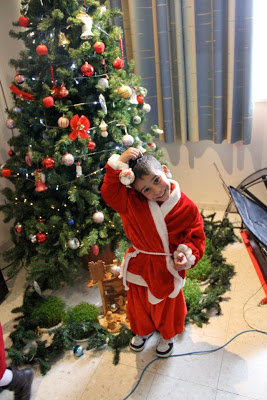 A young woman who has lived and taught in Bethlehem sent me the photos used in this article. She explains the magic of Christmas there in this way:

Something that really struck me was how it seemed as though the holiday is loved by both Christians and Muslims.  I think the people of Bethlehem realize how blessed they are to live in such an important city during this time and hopes are high.  I wish the world would recognize that Bethlehem is a place in Palestine, a place that some don’t necessarily view with the highest regard.   But I do think the Christmas time brings about great hope for the Palestinian people. Christmas in Bethlehem is simply unforgettable.  The time brings together so many people who are both similar and very different and the spirit of love and hope is very present, both on the smiles of the children who get a visit from Santa and those who get to spend their Christmas in the very place where Jesus was born.

As for food, lunch is the big meal of the day and varies according to each family. Two popular dishes include ‘Maqloobeh’; a rice and chicken dish, and ‘Musakhkahan’, a traditional Palestinian dish made with chicken and onions and bread, as well as stuffed grape leaves. Here’s a link to Maqloobeh if you would like to give that recipe a try!

Bring some traditions from Bethlehem to your family this holiday season. Try out a new recipe, dress your little ones up as Santa, or create a parade to your tree, nativity or another special spot. You can get creative with your parade, perhaps using stuffed animals or Lego figures! Share a photo with us if you get really inspired!

Learn more about Christmas around the world!

10 Tips for Your First Expat Christmas 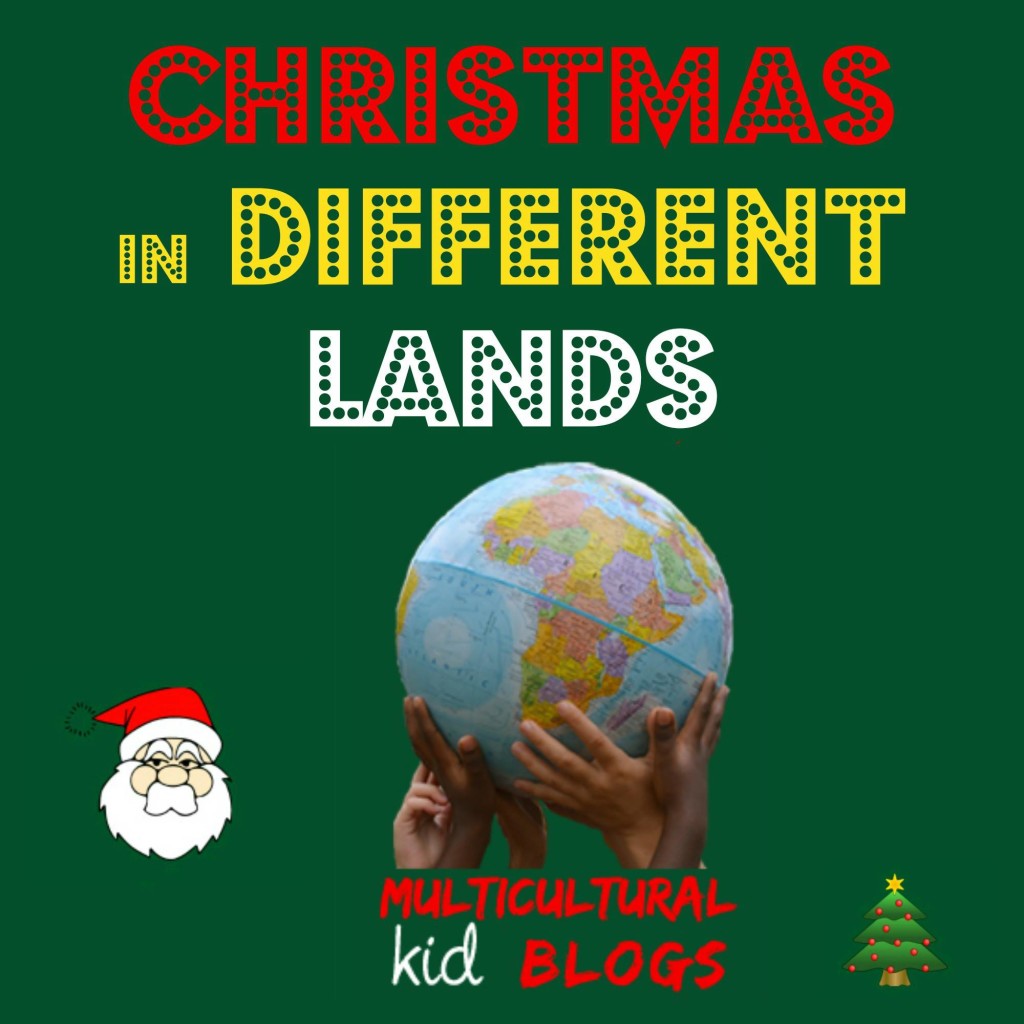 Welcome to our fifth annual Christmas in Different Lands series! This year each participating blogger will focus on a different country, sharing a traditional dish and more about Christmas in that country. For even more glimpses of global Christmas celebrations, see our series from previous years (2013, 2014, 2015, and 2016) plus follow our Christmas board on Pinterest!

December 13
Discovering the World Through My Son’s Eyes: Christmas in Puerto Rico

Don’t miss our other posts about Christmas in different lands, plus our printable pack Celebrate Christmas Around the World, on sale now!