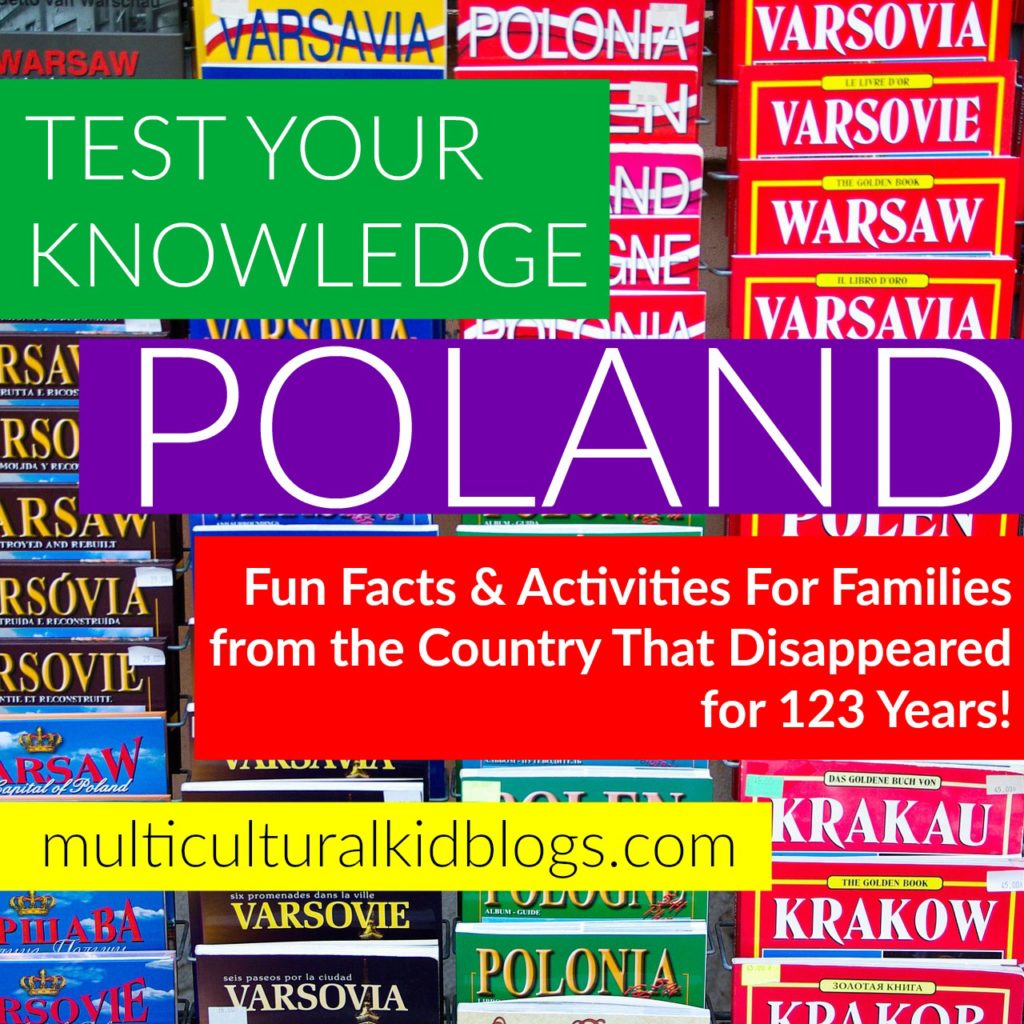 Learn a little about Europe through these 8 fun facts about Poland. And don’t forget to scroll through for exciting activities and games that will help you and your kids learn more!

Poland is a middle-sized European country, located in the middle of Europe. Some say it’s in Eastern Europe but look at the map: Europe ranges from the Ural Mountains in the East to the Atlantic Ocean to the West. That puts Poland right in the middle of the continent, although it’s true that when you consider only countries belonging to the European Union, Poland will be the most Eastern country. 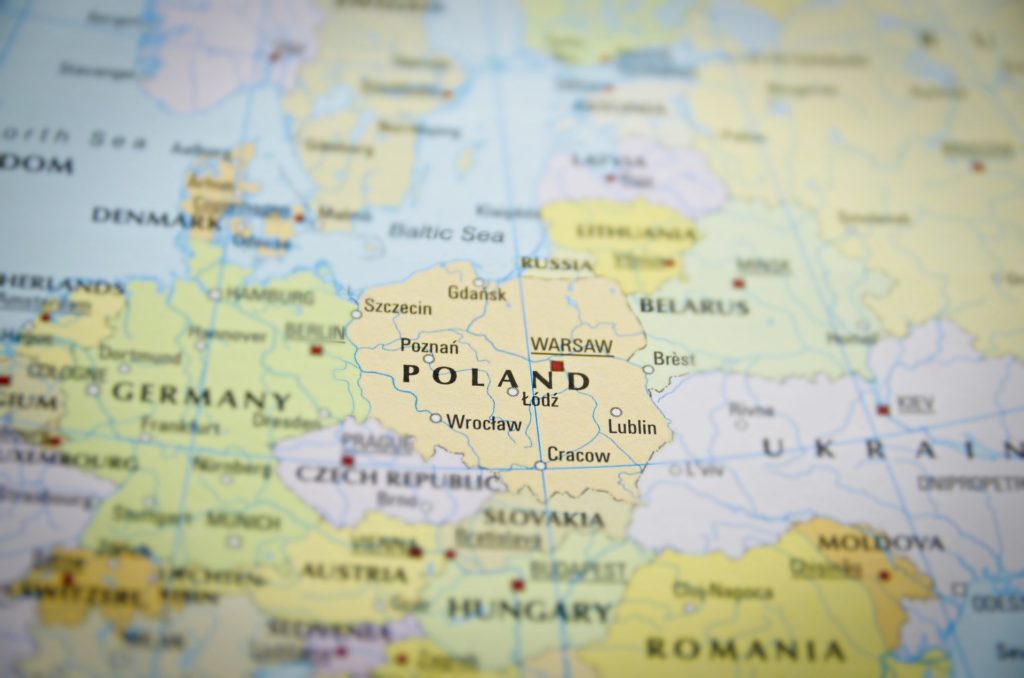 Like many European countries, Poland has had a complex history. Located between Germany and Russia, it was the target of various wars and oppressions. Once it even disappeared from the map of the world for 123 years, divided between Russia, Austria, and Prussia! The memory of WWII and the Holocaust is still alive in Poland. This may be very hard to explain to your children, but if you’re interested read about it on Kveller. After WWII, it lay behind the Iron Curtain. This history is still visible in many Polish cities. Not much is known about the fact that Poland used to be a truly multicultural country with people of all religions and faiths living in peace with one another.

Activities: Find Poland on the map. Talk about history. Find symbols and examples of Polish history online (for example, the kotwica symbol and what it meant).

Polish is often considered one of the world’s most difficult languages. Its system of seven grammatical cases, or changing the ending of words, confuses (and sadly, discourages) many wannabe Polish speakers. There are additional letters (ą, ę, ś, ń, ć, ź, ż, for example) and sounds (sz, cz, dż, dź etc.) to be learned.

Activities: Can you found out how the weird letters are pronounced in Polish? Are they similar to the ones you know? Find Polish tongue twisters and repeat them! 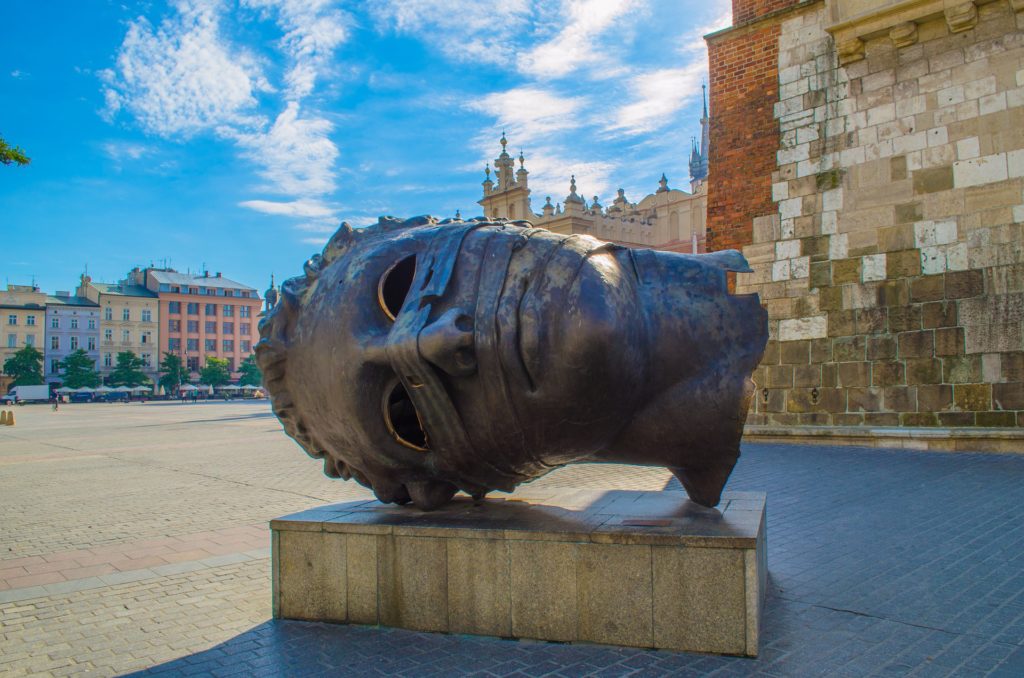 I’m originally from Warsaw. It’s generally not considered a very pretty city, but it’s so full of history! There are old buildings and new buildings and houses in all kinds of styles. Kraków and Gdańsk are two more cities worth visiting. But that isn’t enough, of course. There are so many fascinating cities to visit in Poland.

Activities: Find the biggest cities on the map of Poland. Many of them have legends written about them. Read my post about Warsaw legends here, and try to find others.

The Sea And the Lakes 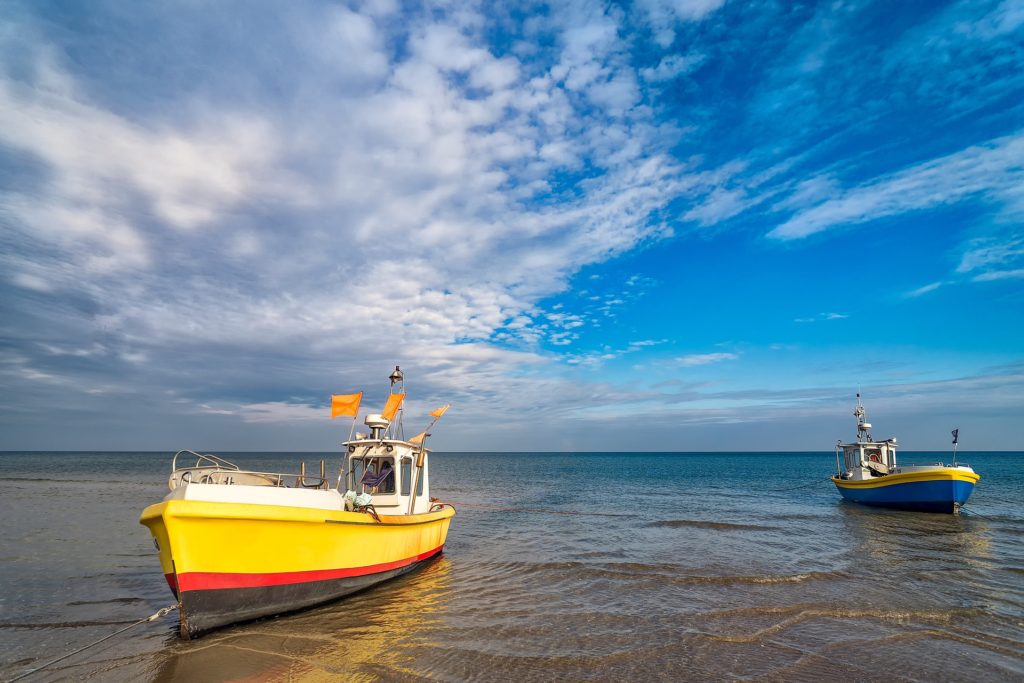 If you go to the North-East of Poland, you’ll find yourself in paradise. This part of Poland is known as the Masurian Lakes, Mazury in Polish. It’s fantastic for sailing, or basically for all kinds of water sports. Many pretty cities were built there, the most famous of which is probably Mikołajki. Go somewhat more North and you’ll get to the Baltic Sea. In the summer, you can go swimming (for example at Sopot, or the Hel Peninsula), but in the fall, during the storms the Sea yields a treasure: amber. Amber is not really a stone: When you touch it, you’ll see it’s actually warm. If you’re lucky, the one you’ll find will have a piece of an insect in it! 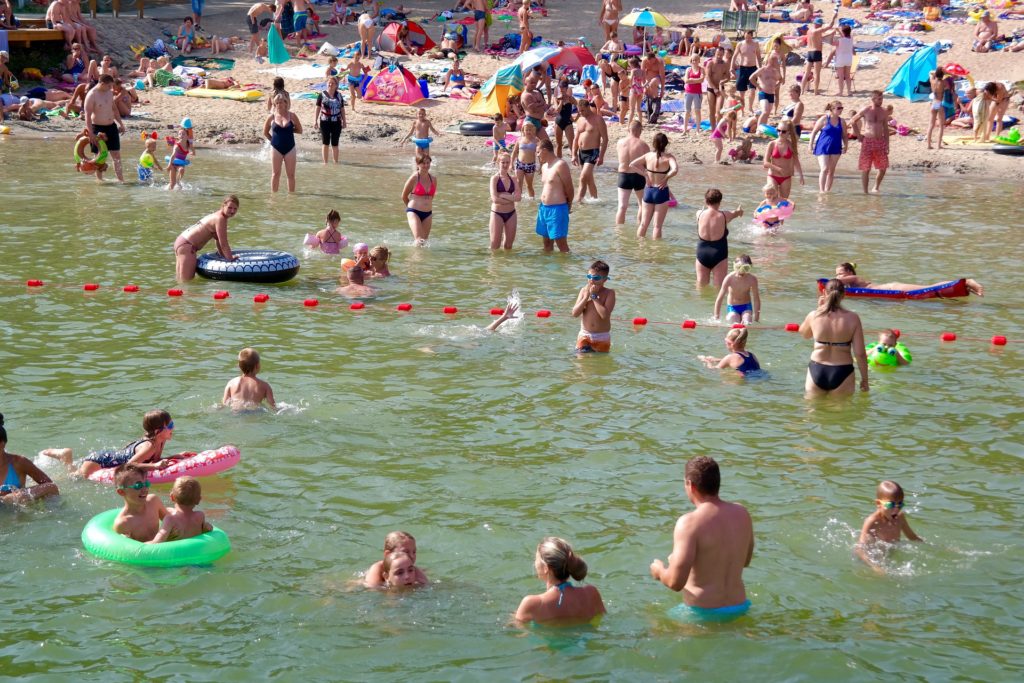 Activities: Find the Masurian Lakes on the map. What do you think created them? Find out information about amber: where does it come from? Amber used to be very important for commercial reasons. Read about the Amber Road.

Poland is a very lucky country: it has lakes, the sea-side, and yes, mountains. Not as big as the Himalayas, but impressive nonetheless. They’re called the Tatra Mountains, Tatry in Polish, and they’re very popular with tourists who love hiking. And yes, in the winter, it’s possible to ski there. Once you go high enough, you’ll see more lakes. One is called “Morskie Oko” which means Sea Eye, and there is also the Valley of Five Lakes (Dolina Pięciu Stawów). The mountains sometimes have interesting shapes. For example, Giewont looks like a sleeping giant! The most popular place to start exploring the mountains is Zakopane. The people who live in the mountains are called Gorals (Górale).

Activities: Find the Tatra Mountains on the map. Find out how tall they are. Find and read the legend of Giewont. Look at the clothes worn by the Gorals, and the things and food they produce. 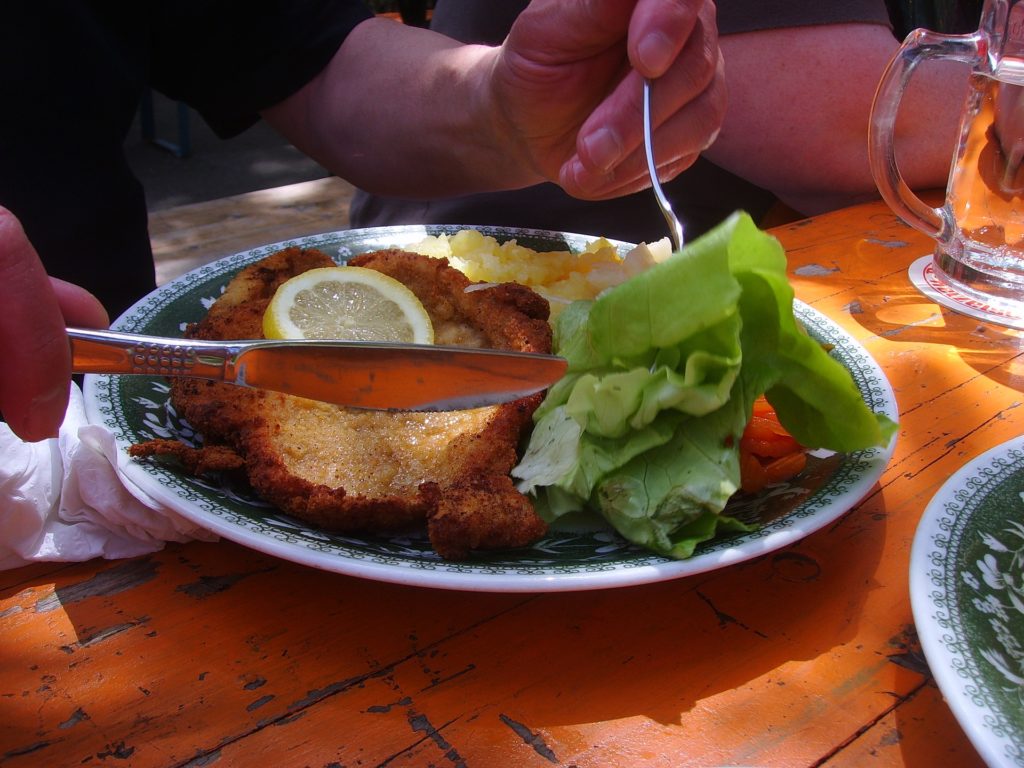 Activities: Make pierogi. If you’re looking for an easier version, try the lazy pierogi – the kids will love it! Make chłodnik. How will the kids react to the color?

Polish celebrations are unique. Take Christmas, for example: 12 dishes, straw under the table cloth, the wafer? What is it all for? Easter is the biggest holiday, though. For that, we make a basket full of spring-themed items: bread, ham, salt, eggs, and babka, decorated with willow branches and so called “palemki.” There are other celebrations, like Andrzejki (St Andrew’s Day), or the Drowning of Marzanna. 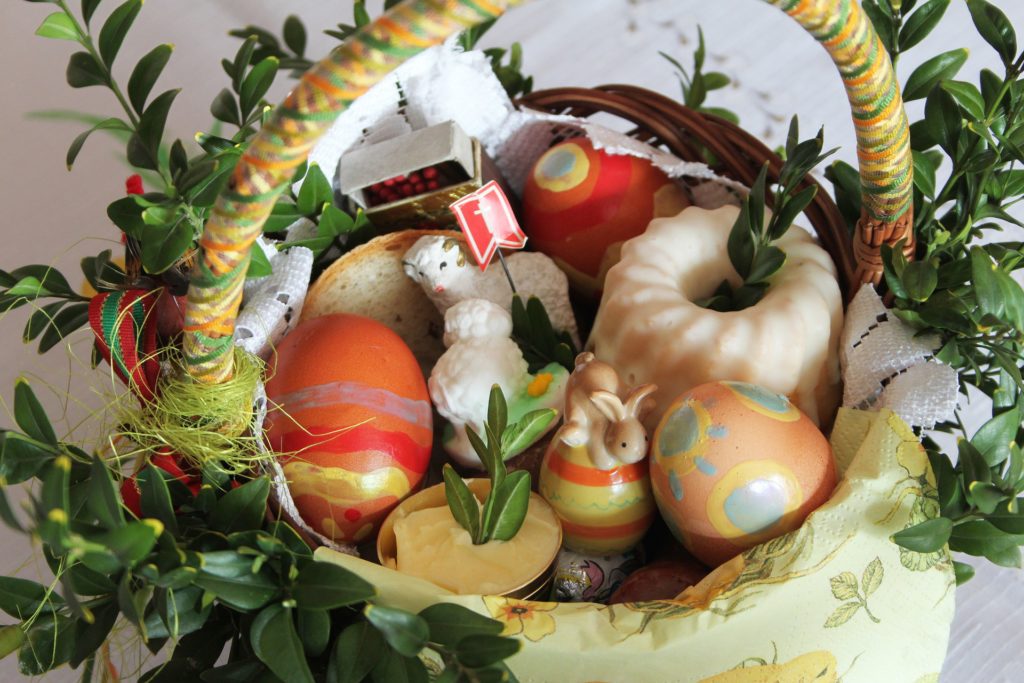 Activities: What do the Polish Christmas/Easter traditions mean? Can you find more? What is the Polish Independence Day?

Poland has a traditional style of singing called white voice. This is very typical for all Slavic music. There is children’s music as well, for example, Fasolki or Arka Noego. There are also very popular Polish children’s books and rhymes: for example, Julian Tuwim and Jan Brzechwa are beloved authors of children’s books.

Activities: listen to a few white voice songs. What do you think? Listen to Julian Tuwim’s poem, “Lokomotywa.” 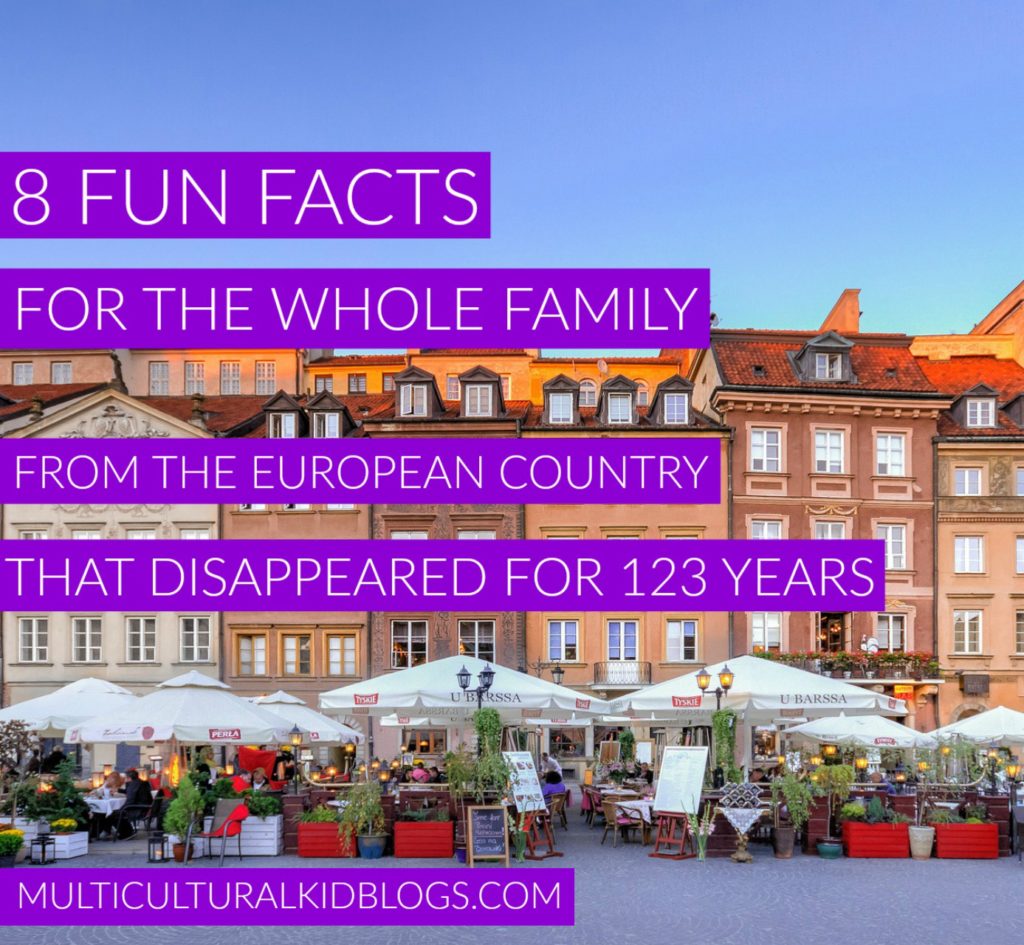