What do you know about how to celebrate Epiphany Day in France? Learn all about this holiday, including the famed Galette des Rois (King Cake). 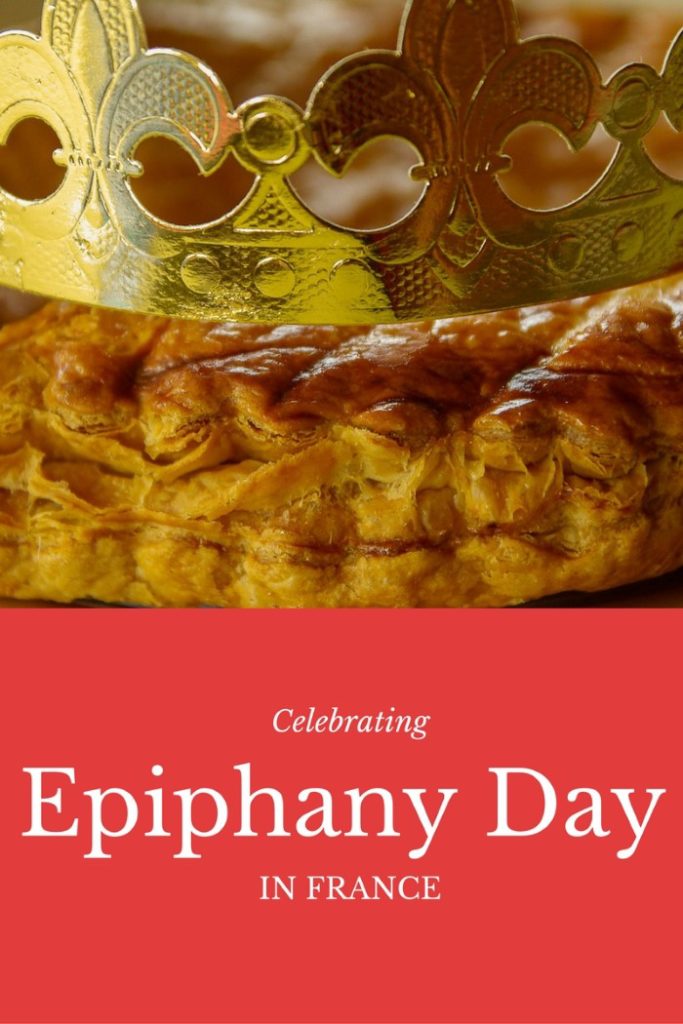 Celebrated every year on January 6th, Epiphany Day commemorates the day the kings came to visit Jesus in the nativity story. The twelve days of Christmas mark the time between Christmas Day and this event.

I had never heard of Epiphany Day until my family moved to France when I was nine years old. There, this holiday was celebrated in our school classroom. The teacher brought in a Galette des Rois – king cake. 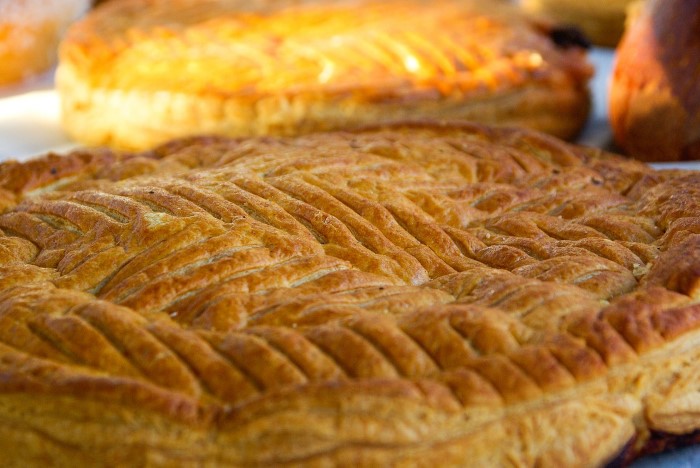 King Cake is a very special cake that is eaten on Epiphany Day. The recipe of a traditional King Cake is quite elaborate. King Cakes are often decorated with elaborate patterns, such as you see in the photo above.

Children look forward to Epiphany Day, because you get to eat cake AND someone is declared King for the day.

Crowning a King or Queen

The Galette des Rois is used to determine the king. Traditionally, a baby – representing the baby Jesus – was hidden in the cake. The modern day cake sometimes has a baby, sometimes saints, and sometimes even cartoon characters! The figurines are often made out of ceramic so that they can be baked into the cake. Sometimes the character is made out of plastic, and placed into the bottom of the cake after it has been baked.

When the cake is sliced, one person – usually the youngest child – is sent under the table. This person then tells the server whom to give each cake slice to. The person who finds  the figurine inside their cake is then declared King (or Queen) for the day. 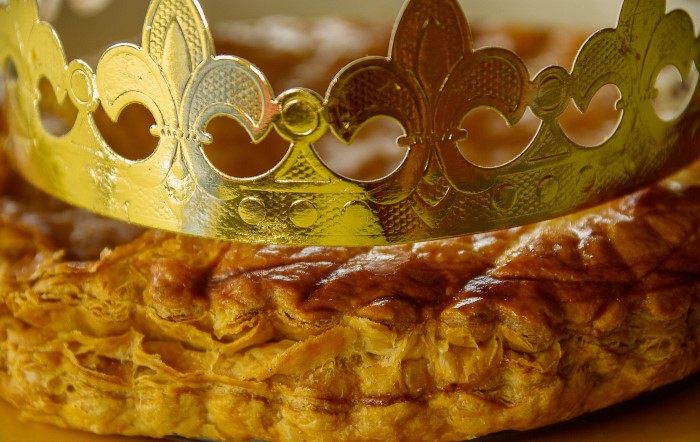 Being royalty for the day usually comes with some privileges. The most common privilege when I was a child was that the King or Queen got to keep their little figurine. Sometimes there are also responsibilities. The King or Queen is often assigned the job of purchasing (or, if you are ambitious, baking) the King Cake for the following year. Most of the store-bought cakes come with a gold-foil crown that the King or Queen wears for the rest of the day.

How do you celebrate Epiphany Day?