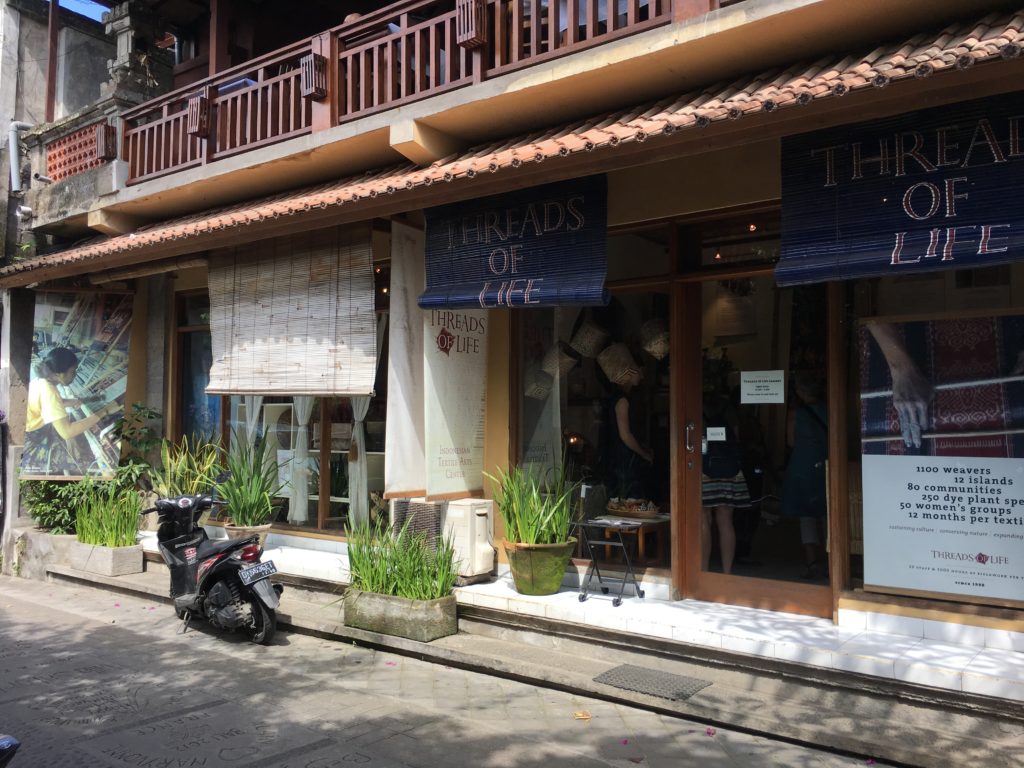 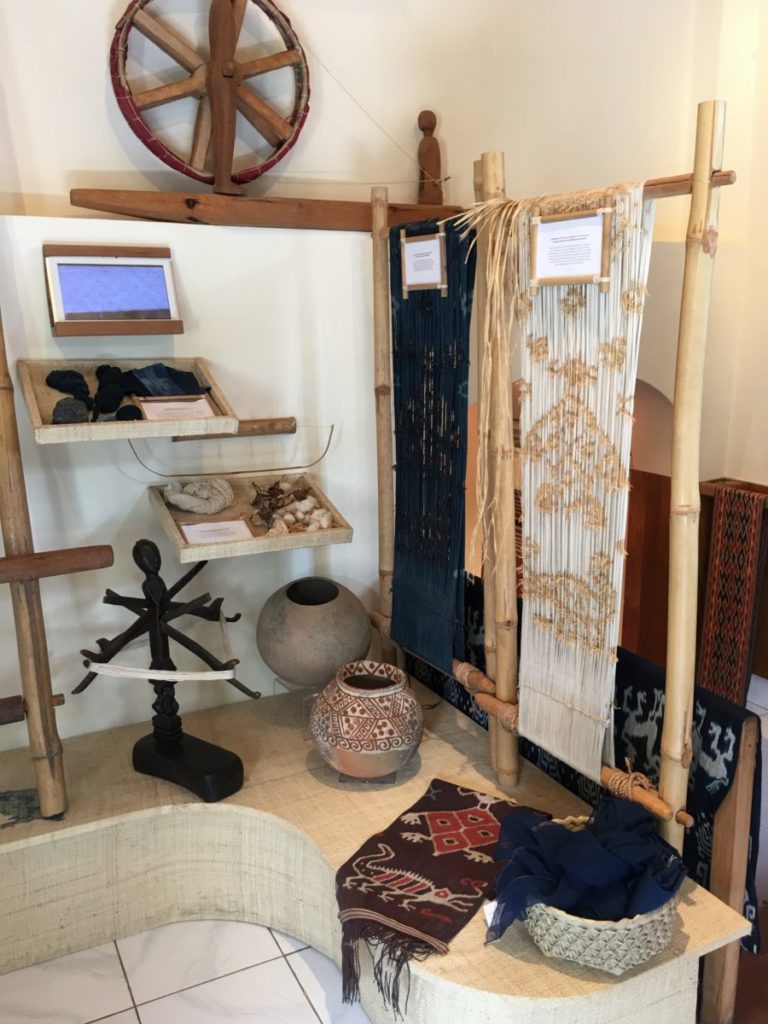 Textiles play a major role in the lives of Indonesians, from daily ceremonies to burials. Threads of Life takes great pride in partnering with female artisans throughout eastern Indonesia to create heirloom pieces that showcase the local heritage of village communities. 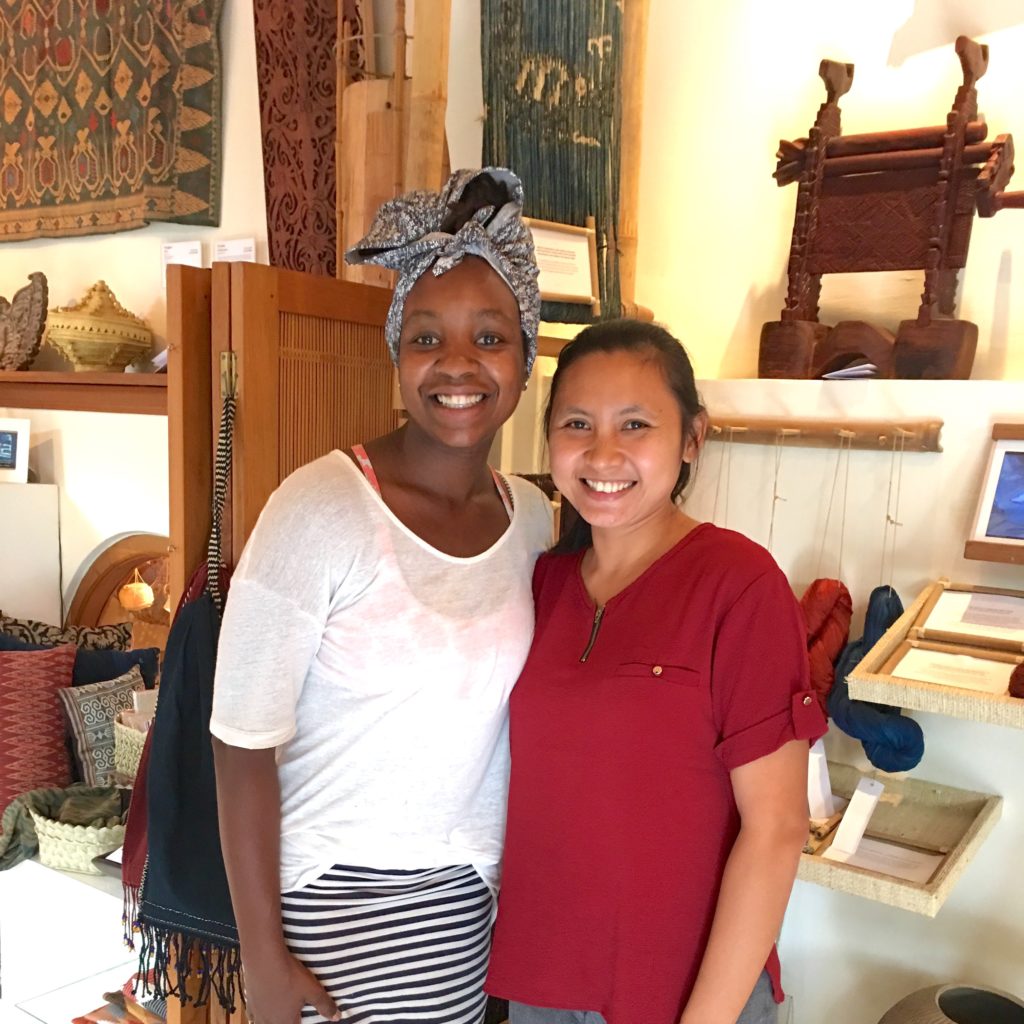 On October 10th I had the pleasure of sitting down with Ni Made Desa Perwani, who’s affectionately called Tutut at the Threads of Life gallery. Tutut and I bonded as mothers as she shared with me her background and what it’s like to be a Balinese mother taking on the vast responsibilities of daily offerings while also caring for her son, husband, and working at Threads of Life. Tutut also detailed how Threads of Life came about and what its current work throughout Indonesia looks like.

While Tutut previously studied business law in Denpasar, she decided to work at Threads of Life in 2006 instead of a perusing a career as a lawyer. Tutut was drawn in by the kindness of Threads of Life co-founders Jean and William. They allowed her to join the staff members in English and Japanese language classes, computer skills, facilitation training, and presentation classes – all before working there. Though the weaving community in her village of Ubud has been lost, she is passionate about preserving it in others areas throughout Indonesia.

The founders of Threads of Life, Jean Howe, William Ingram, I Made (Pung) Maduarta, and I Made (Lolet) Artha, find it important to not only empower women within the Indonesian weaving villages they work with, but also the staff working on the gallery floor. 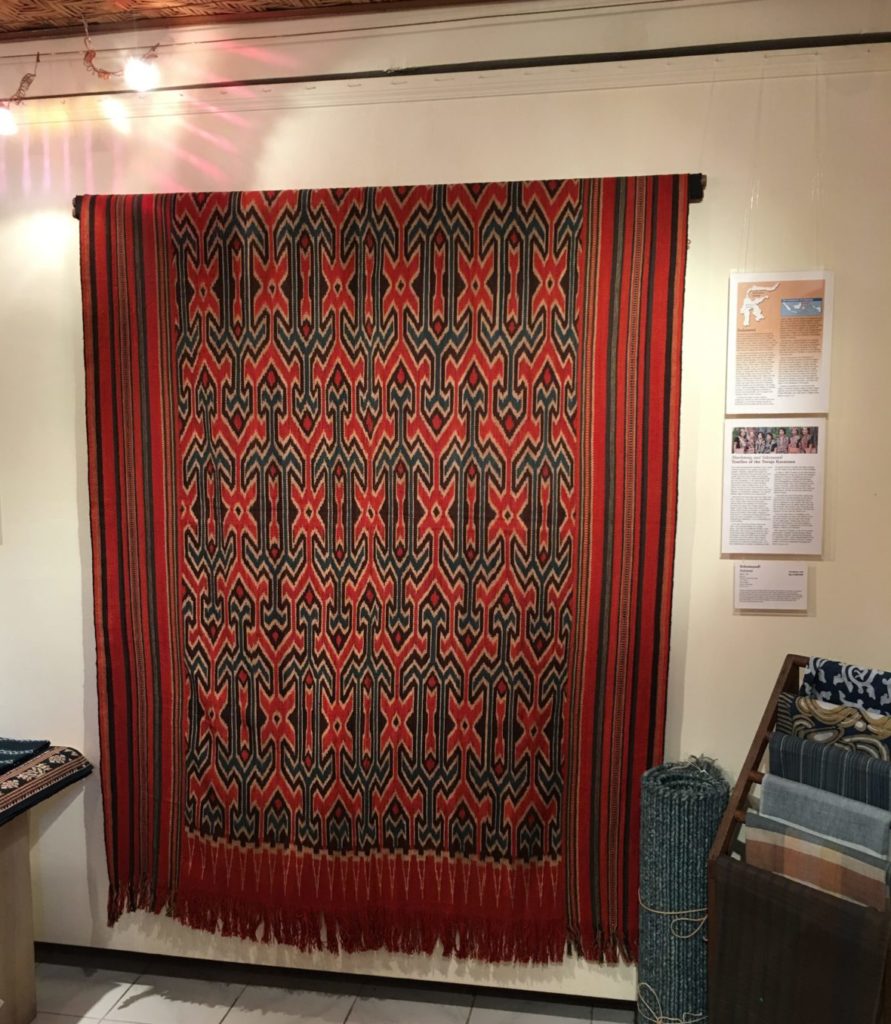 Back in 1998 Jean and William were tour guides venturing around Indonesia’s many islands. During this time Indonesia was suffering from a major economic, food, and unemployment crises that ravaged the small villages of Eastern Indonesia. The pair quickly recognized how the villagers were coping with this unrest. To pay for school fees, healthcare, and basic daily provisions they were selling their priceless family heirloom fabrics. These were not simply artifacts no longer in use, but textiles still being used often for sacred ceremonies and major life events.

For example, there’s a single type of textile that can be used when asking for rain or during a marriage proposal. There’s also a specific textile used for wrapping the body of the dead for a funeral – all of which were being traded for basic survival needs. 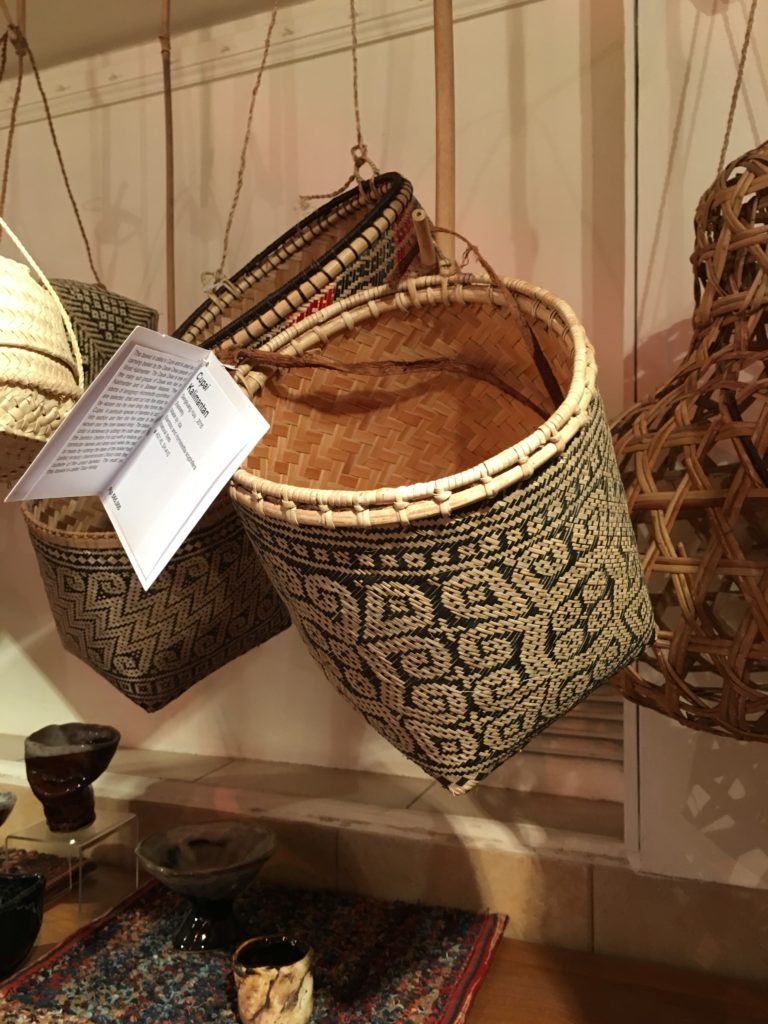 Threads of Life Commission to Create

Jean and William were moved by what they saw and decided to begin commissioning weavers to create new pieces of textile for sale. Textiles based on the ancestral techniques that had been passed down to the local villagers. The weavers would then be able to keep their family heirlooms and also provide for their needs.

It was soon realized that the weavers had abandoned a key traditional element in the textile making process, natural dyeing. In the 1980’s synthetic dyes were introduced to Indonesia because of their cheapness and convenience. The method of dyeing with local plant ingredients is tedious and time consuming. Plants must be foraged and processed; often times only during certain seasons of the year. For example, indigo, which produces a gorgeous rich blue color, must be harvested during the rainy season but dried in the sun during the hot season. Because of this, many of the weavers had transitioned to using synthetic pigments and no longer knew the traditional dye recipes. Threads of Life then decided to set out on a mission to discover these lost natural dyeing principles in order to produce truly authentic fabrics. 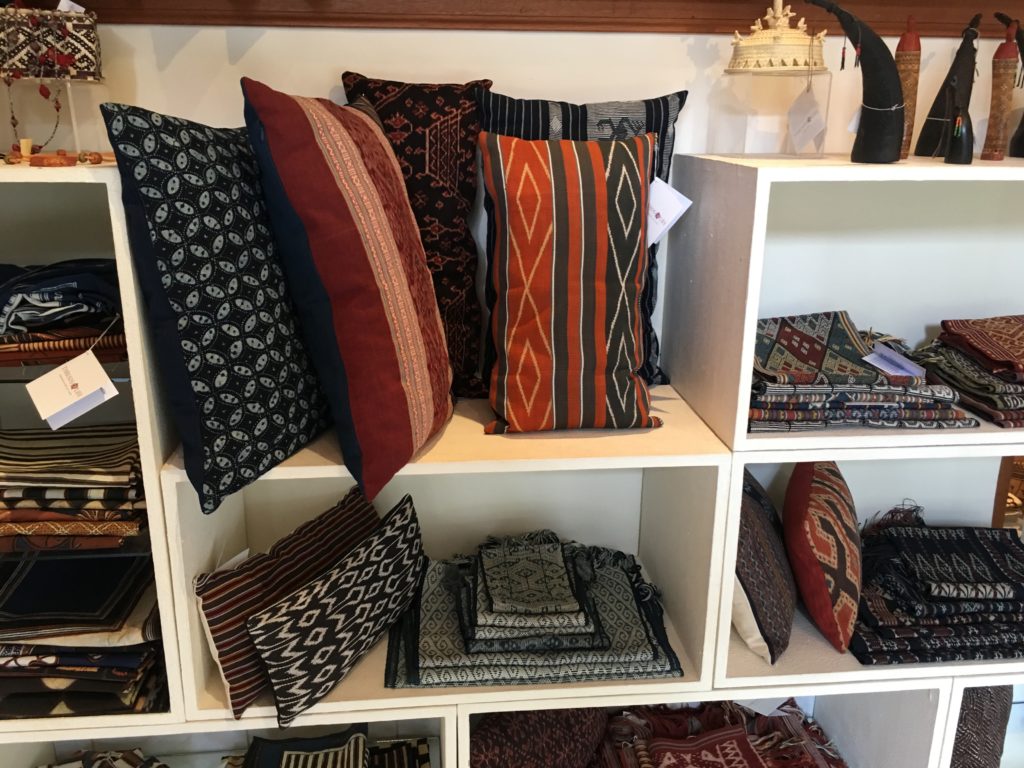 A Market for Goods

In 2001 Threads of Life launched their brick and mortar gallery in Ubud (Bali). It wasn’t enough to simply encourage the weavers to preserve and create their traditional textiles, but also create a reliable market for the artisans to sell and profit from their work.

As Threads of Life grew and the weavers began making their pieces, the founders noticed that some weavers were becoming discouraged and facing other struggles in addition to dyeing techniques. They decided that gathering the weavers with those who still knew traditional recipes for natural dyeing would greatly benefit them.

The Bebali Foundation is Threads of Life’s sister organization. It takes on the role of direct community relations. They work alongside the weavers found by Threads of Life, to revive natural dye recipes and teach about sustainable plant cultivation and harvesting. 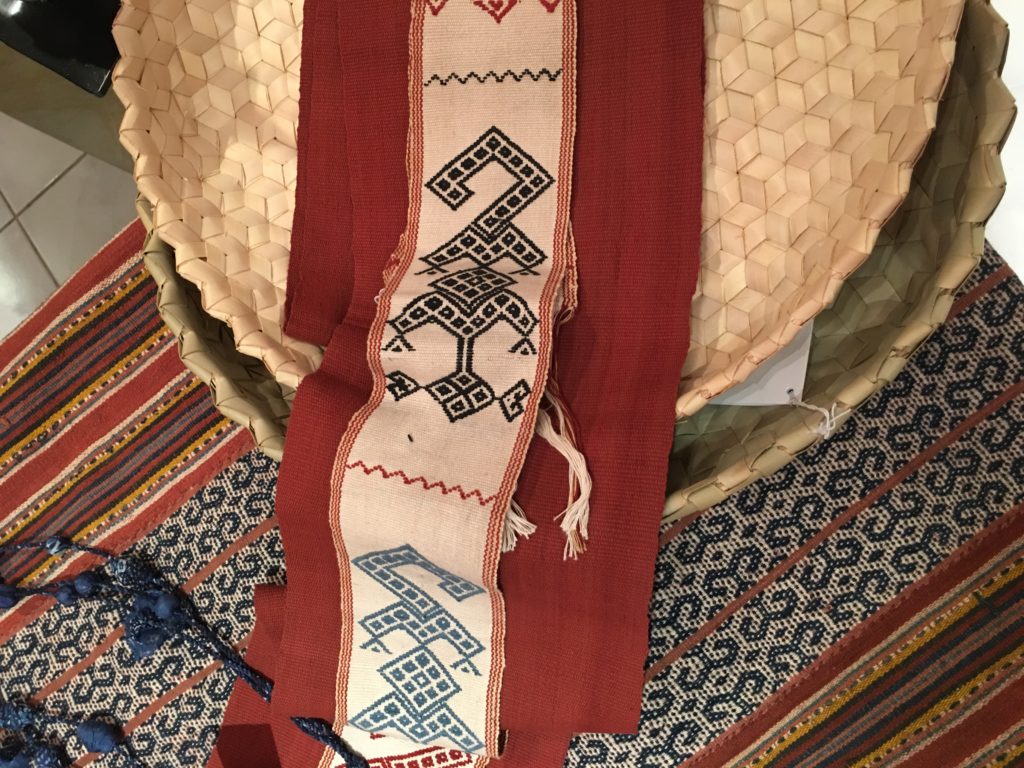 In 2005 The Bebali Foundation hosted the first gathering of 100 weavers and dyers in Lembata Island, funded by The World Bank. This cultural gathering was key in passing on traditional weaving and dyeing techniques, as well as solutions to common struggles faced by many of the artisans throughout Eastern Indonesia. This event was extremely inspiring for the artisans and encouraged them to continue working to preserve their community’s heritage and create textiles dyed exclusively with natural pigments.

In 2006, a second gathering was hosted and funded by the Ford Foundation. Due to funding concerns, a large-scale gathering like these first two events hasn’t been possible since then, but smaller gatherings with around 30 artisans at a time still take place.

Every year the Threads of Life founders and some staff members take between 15 to 25 trips throughout Eastern Indonesia’s smallest islands and regions to find new community artisans to partner with. They focus on these smaller islands that don’t have a large access to market.

Threads of Life currently works with 40 cooperatives that include more than 1,000 community weavers, dyers, farmers, basket makers, batik artisans, cultural experts, and village leaders. Threads of Life works jointly with the cooperatives to determine the price and quality of each heirloom piece created for the shoppe. Each weaving’s quality is determined by a preset 6-point system.

All artisans are asked to make only textiles native to their village. 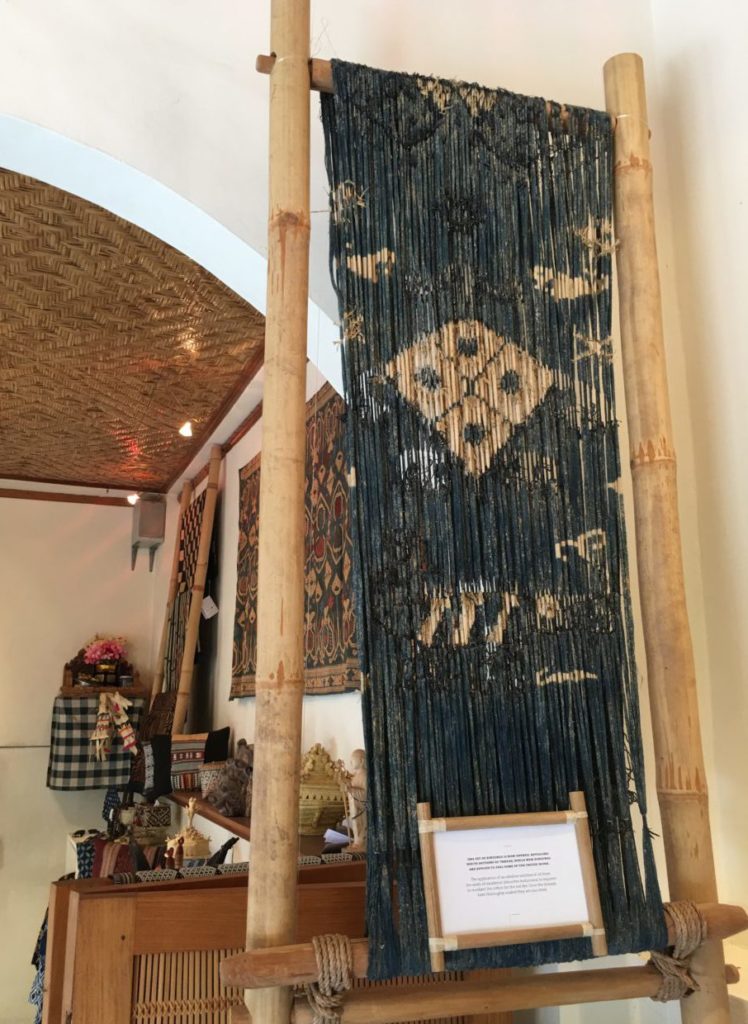 The Importance of Preserving Culture

As Tutut and I wrapped up our talk I asked her if there was anything else she’d like to share. She explained how important it is for Indonesians to be proud of their heritage. In her village of Ubud, the weaving practice has sadly been lost. She believes in being proactive in teaching younger generations the importance of preserving their culture so that they in turn feel a desire from within to work for its survival. As a mother living in Ubud, a community highly impacted by Australian, American, Asian, and European visitors, Tutut is conscious and diligent about preserving Balinese tradition within her own home. She fulfills the traditional role of a Balinese woman and performs all of her household’s daily offerings.

My visit to Threads of Life was inspiring on so many levels. It was quite profound to hear from the staff how much they love the work they do, see all of the beautiful pieces created by village artisans, and understand how the women running the shoppe and artisans are being empowered through education and training. 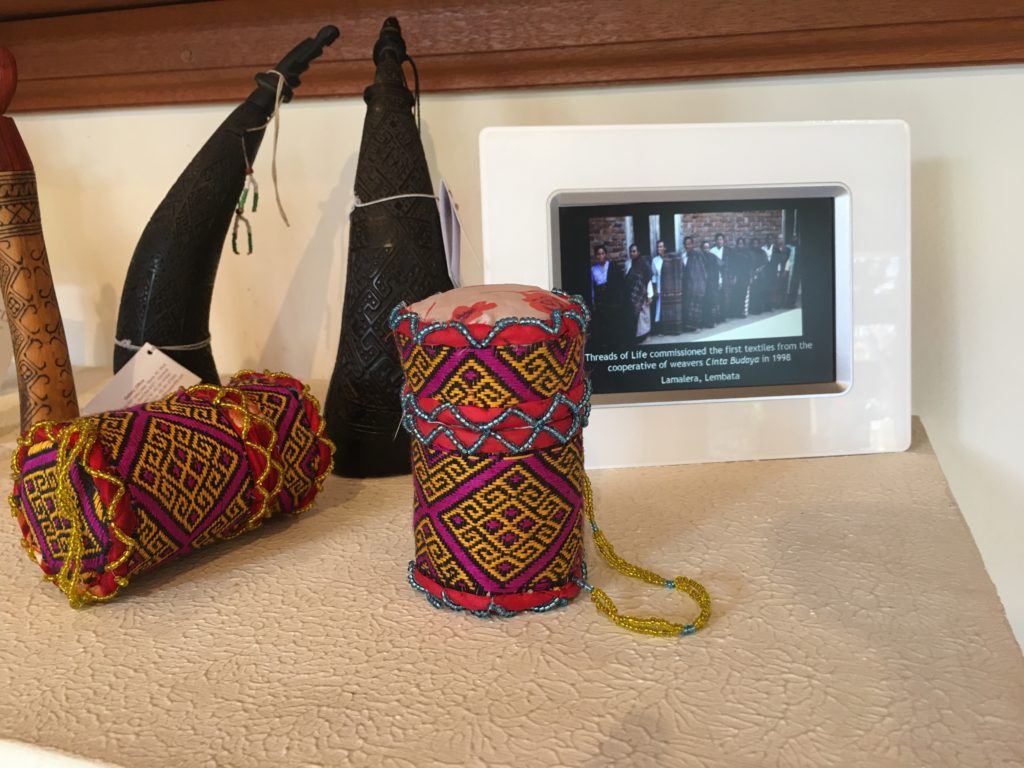 In what ways are you working to preserve tradition or culture in your home?

Anjelica Malone lives in Seattle, WA. Her, her husband and their two Little Women recently returned back to the mainland U.S. after six years of living in Puerto Rico and Guam. Anjelica grew up as a Third Culture Kid and is now a Global Mama, raising her daughters to be global citizens as well. She enjoys sharing stories of women from around the world on her blog, traveling, and supporting women as they navigate motherhood. You can follow Anjelica’s adventures on Instagram at @AnjelicaMalone.