I was so delighted to learn that the focus of this month’s MKB Global Learning series is Mexico. As a Mexican-American, I’m always looking for ways to help my children learn about their heritage so I’ll be eagerly following along with this series. One of the best ways to help children learn about a particular subject is to give them a hands-on activity. So when I was asked to write a post on Mexico, I thought that a free download was in order. 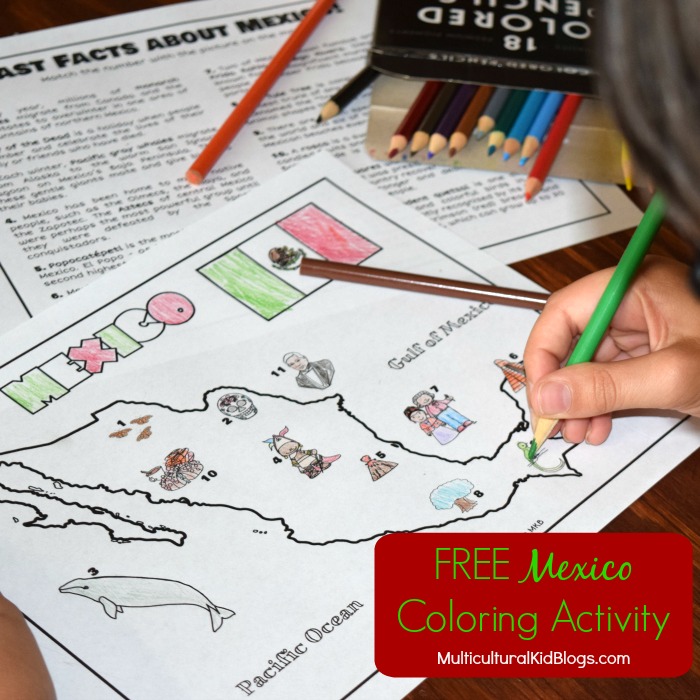 After a bit of thinking and looking through my growing collection of clip art, I decided I just had to create and share this Mexico coloring activity with all of you. And don’t forget: If you have older kids, you can still download this free Mexico Country Study. It’s a  sample of our Summer Games Unit. (See? You can learn so much from it even though the Olympics are over!!)

Notice I call it a “coloring activity,” not a “coloring page.” That’s because there’s more to it than just a picture to color in. It actually comes with one coloring page and one page full of fun facts about the country.  The images on the coloring page are numbered to help your child find the information about that particular subject on the following page. Don’t worry. It’s not heavy trivia, just fun tidbits of information to give your child a feel for the country.

There are so many wonderful things to learn about Mexico that it was really hard to select just a few pieces of trivia for your kids. But I hope they’ll enjoy the mix of people, traditions, and wildlife information in this Mexico coloring activity. 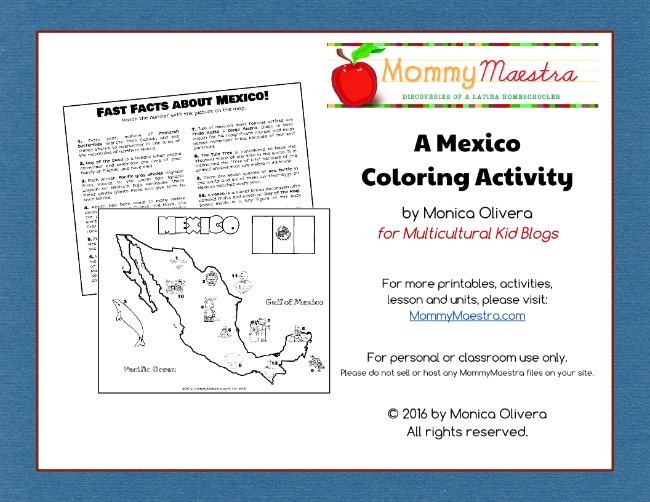 Oh! And I wanted to be sure and share a few fun facts for adults, too.

This month we are learning all about Mexico, so link up below any old or new posts designed to teach kids about Mexico – crafts, books, lessons, recipes, music and more!