Being an expat is no small feat. There are constant adjustments and challenges families face in their day-to-day lives. Not to mention the pressure from family “at home” who may be less than supportive of the decision to live abroad. Whether it’s for work or personal reasons more and more families are living outside their home countries. We know that criticism is not hard to find but what are the things expat parents really love to hear? I asked some of our expat bloggers to share just this! 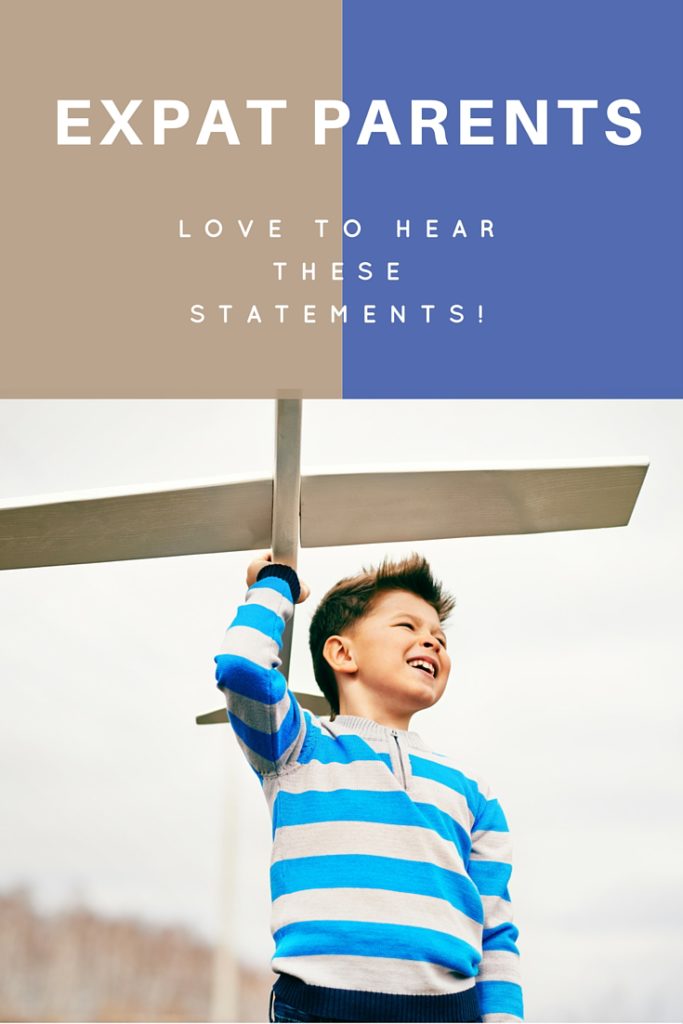 Melissa from Melibelle in Tokyo

I can feel limited at times, like there is a deficiency I am operating with—not always, but when it happens, it feels limiting and sad. Always regarding language and sometimes, a cultural difference. What has been amazing to hear is “You are strong and you are brave.” This is amazing on behalf of those who speak it and has given me a huge boost in courage and peace.

Having 3 children in Germany, I had a few looks and glares. Especially as I’m French and don’t say anything when they are going wild. So once, my son was doing his very stubborn and rather wild monkey while waiting for the U-Bahn and an old lady started to chuckle next to me. She then leaned on me and whispered “Don’t blame yourself. You do what you can. He will understand later that listening to mama saves oneself from a lot of troubles. It’s better that you try to give them rules than all those parents who don’t want to say anything to their kid. And by the way, two languages are a great advantage! Keep doing it and don’t let them turn German.”

Annabelle from The Piri Piri Lexicon

We often hear about lack of ‘belonging’ or similar comments. But I love it when people tell me that my kids are growing into very resilient and adaptable little beings. This is definitely a great trait for expats and a great quality, I think.

Lisa from Cooking with Languages

We are part of a community (huerta) market garden project and are visiting local private market gardens in Mijas. These are families that have lived here all their lives. It is a real privilege to take part. When the owners ask who are “foreigners”, my children are pointed out as being non-Spanish by birth but considered as Mijeños. Possibly the biggest compliment a Mijeño could give us.

I think with all the moving we’ve done or the moving of friends I sometimes wonder if my kids are going to be okay and well adjusted adults. My oldest is starting high school in the fall, so I think this fear (I’ll call it that, but it’s more like wonderment at most times) stems from watching him say yet another goodbye last month.
So, I think what I’d like to hear is that “it’s going to be okay. You are doing a good job of parenting and helping them to adjust.” But, I think all parents want to hear that regardless of where/how they parent.

Our time in Ecuador was a precious one for our family to experience the culture in South America. When people call my children Quiteños I consider that is a very kind gesture to include them in the new community. It was fun to see the kids sitting together with friends from Quito and saying “We are Quiteños!”

Amanda from Life with a Double Buggy

I love it when the Dutch around us applaud us for raising our sons to be bilingual. Most Dutch people are competent bilinguals by the time they are adults but most Dutch children do not have a second language as young as our boys do. I haven’t met a Dutch person yet who had any criticism about them being bilingual.

Jaclyn from Bringing up the Parks

We just moved to Beijing with two little kids (at the time they were only 2.7 year old and 11 months old) and it was really hard. It’s very normal for people here to have helpers since it’s affordable, and I’m probably one of the few who only has a part-time helper and neither kids go to school. I’m very tired but not unhappy with my choice, and it helps when other people don’t insist I should do it their way (especially without asking why I don’t hire a full-time helper) and respect my decision.

When we moved to Morocco, our American friends worried about “how dangerous” it would be for us while the Moroccans wondered why we would leave the United States. But, when we shared how important it was to us that our children learn about both their cultures and speak their heritage languages it was much more respected. The best thing someone can tell us is, “you’re doing a great job and your kids are getting an amazing experience.”

It goes without saying that people around the world simply want to belong and feel that their choice(s) is respected! We’d love to hear from other expat parents! If you’re an expat what is something you love to hear?