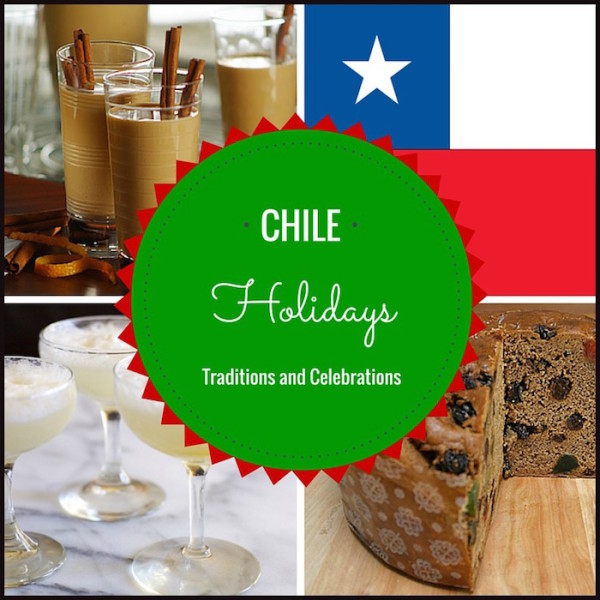 Many traditions come to life around the holidays in Chile. Most of these Christmas and New Year traditions are popular not only in Chile but throughout South America. Since the weather is totally the opposite to the northern hemisphere and most of the world, winter clothing and snow are not in the picture which makes everything very different.

The school year in the southern hemisphere starts in March and ends in November or December. The last day of school arrives with the beginning of the holidays in Chile and summertime. Children don’t have to wait until the morning to open Christmas presents. They stay awake until midnight waiting for Santa to drop off the gifts. Most of them go for walks around the block to find Santa. At midnight, the family usually meets around the Christmas tree to open the presents. Children open their gifts and play with them in the street with other friends and family members.

Since most of the population in Chile is Christian, Christmas is a very important holiday. Words such as reconciliation, peace, love and forgiveness are all around. In some communities people meet other neighbors to wish them “Feliz Navidad”. Others go to church or volunteer in shelters.

Santa
In Chile, the name for Santa is unique and different from the rest of South America. People call him “Viejito pascuero”.

Christmas Decorations
Each house decorates at least one Christmas tree. This tree can be artificial or real. Most of them have a star or angel on the top and a nativity scene (pesebre) at the bottom. Some houses have holiday decorations outside, but others don’t.

Christmas Dinner
During dinner, families get together to eat turkey, pork, chicken or beef and gravy. For side dishes you can always find vegetables such as lettuce, tomato, onion or different seasonal vegetables. Mashed potatoes are very popular and so are potato salad and rice. For dessert, there is usually ice cream, flan, ice cake or pie.

It is very popular to have a traditional Chilean dinner as well. This may include BBQ, pastel de choclo, cazuela, empanada, Chilean salad (tomato/onion), sea food or fish. I could mention more dishes and desserts, but that will have to wait for a different post.

The Pan de Pascua is a sweet bread made out of liquor, coffee, candied fruits, walnuts, nuts and different spices. It is very similar to Christmas cake. It is easy to relate the word Pascua with Easter, but in reality it has nothing to do with that celebration.Pascua is another name for Navidad and people usually asks “¿Dónde vas a pasar la Pascua?” which means “Where are you spending Christmas?”

Cola de mono is an alcoholic drink very popular in Chile made out of milk, coffee, pisco, cinnamon and cloves. You can drink it with pan de pascua during holidays in Chile. 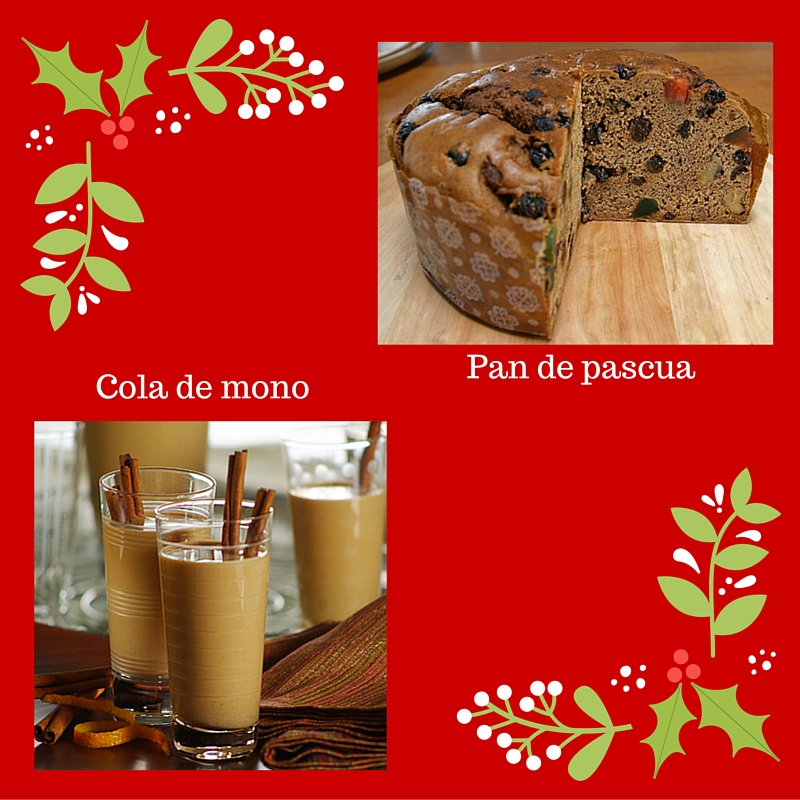 New Year’s Eve
New Year’s Eve is one of the important holidays in Chile and a big celebration! Chileans take the beginning of the New Year very seriously. After dinner and at “las doce” (midnight) there are parties everywhere. People meet in the streets to greet their neighbors and wish them a “¡Feliz año nuevo!” (Happy New Year!), usually with a big hug. There are also fireworks in different cities throughout the country. Two of the most popular are in Viña del Mar and Valparaíso.

New Year Superstitions
The celebration lasts all night long, and people stay awake until very late. Traditions and superstitions are very popular during this celebration. Many can be found in other countries as well with some variations; however, the idea is the same. Here are a few of the ones that most Chileans like to do depending on the goal: 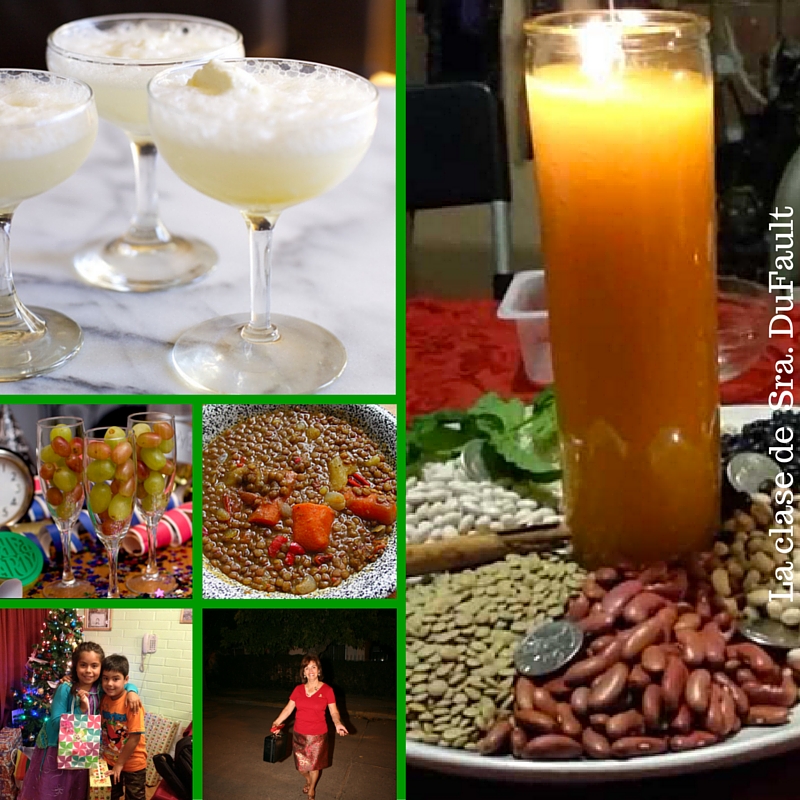 …to travel: Go for a walk around the block carrying a suitcase with you. Wait for midnight (“las doce”) standing on a chair with a suitcase in your hands.

…success in college/school: Wait for midnight with a few books and notebooks in your hands.

…love: Wear red or yellow underwear on New Year’s Eve. Make sure that the underwear is a gift from another single woman. Give the first New Year’s hug to someone of the opposite gender.

Learn more about Christmas around the world with our Christmas in Different Lands Series. Share Christmas traditions from other countries with the Christmas Around the World Printable Pack.

Teacher Author at Carolina DuFault
Carolina is a teacher with over 15 years of experience, writer, seller in TPT, techie/social media fun and recently blogger. In 2014 she received the award for Child-Centered Excellence in Teaching from Minnetonka Public Schools. She loves creating Spanish resources for other teachers and sharing teaching ideas. During her free time she enjoys knitting, baking/cooking, yoga, gardening, crafting and spending time with her husband and her two Doberman Pinscher, Coco and Chanel.