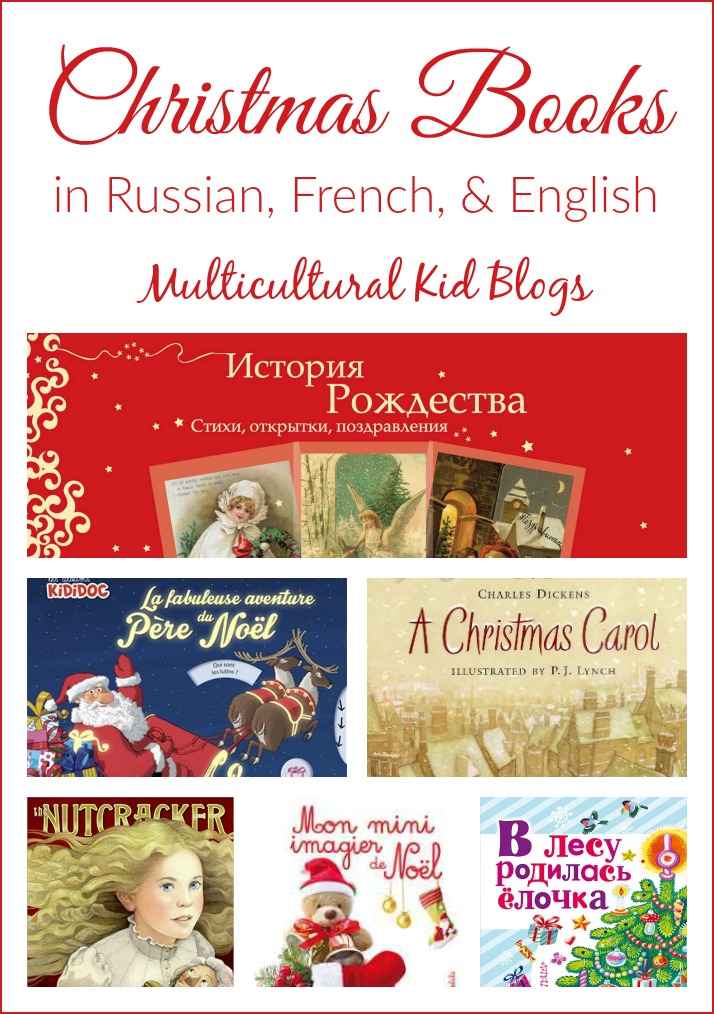 Every country I have ever lived in rolls out a smorgasbord of winter, Christmas and New Year themed books for children. There are always the reprints of the classics but I am constantly amazed by all the new books, stories and the beautiful illustrations.

For this post I created a gallery of books from the USA, Russia and France and list one favourite book I got from each country this year. 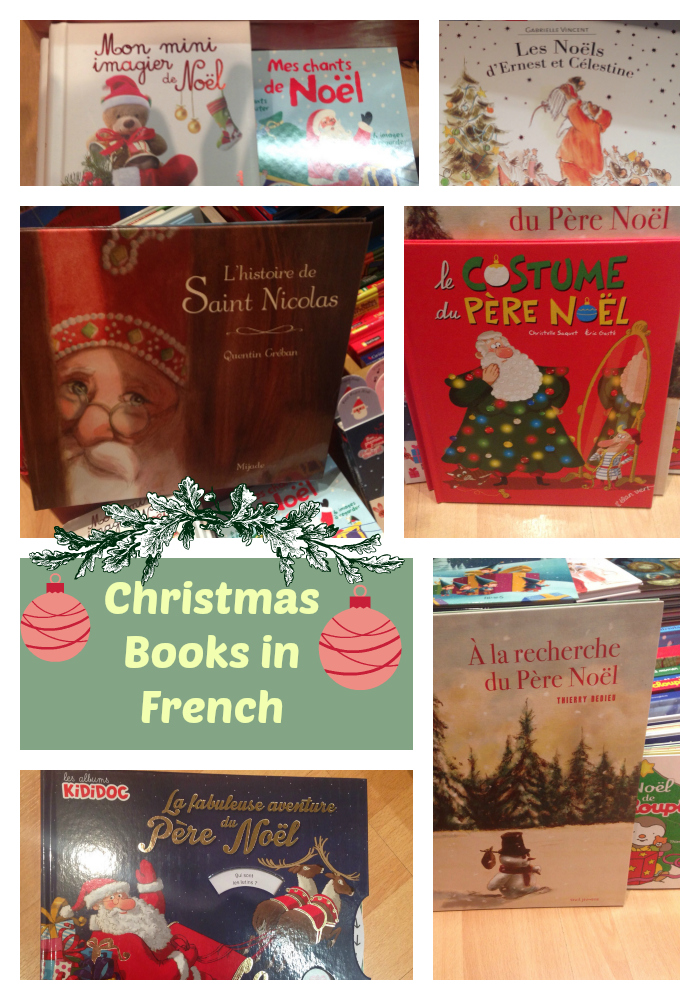 It’s a great book to find out Père Noël’s secrets: Where does he live? How many deer does he have? What are the goblins doing? An interactive wheel and pop-up features on each page are very exciting and entertaining to the children. 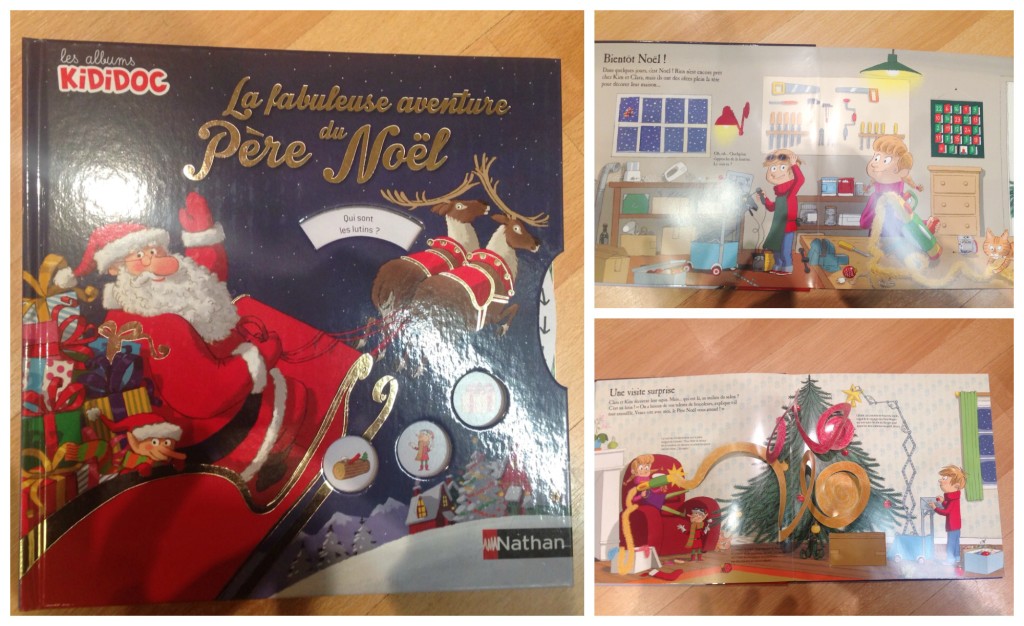 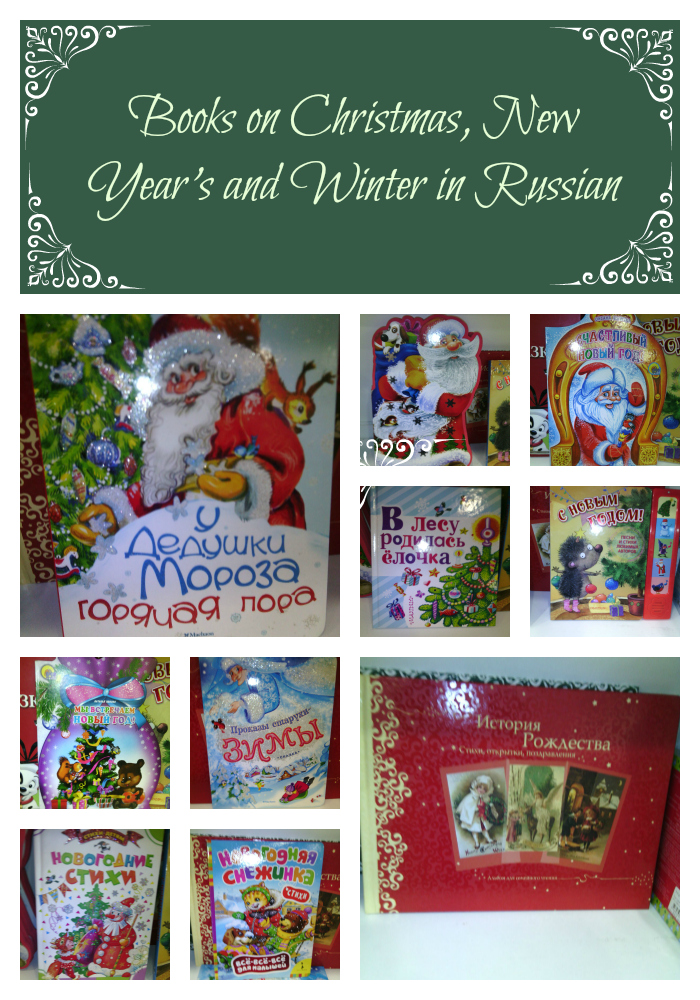 Books on Christmas, New Year’s and Winter in Russian

Christmas in Russia isn’t until January, but the books about Christmas, New Year’s and winter show up already in November. Дед Мороз (Father Frost) and Снегурочка (Snow Maiden) come up in a lot of the books, but also you can find many stories about the Christmas tree, winter in the forest and forest creatures’ adventures. The Christmas stories are a lot more focused on religion and are less frequent. The following books are featured in the collage above: У Дедушки Мороза горячая пора, Счастливый новый год!, История Рождества. Стихи, открытки, поздравления, С новым годом! Песни и стихи любимых авторов. Книжка-игрушка.

This year’s favourite is В Лесу Родилась Ёлочка (A Small Fur Tree Was Born in the Woods): a collection of poems, fairy tales, songs and riddles about the New Year: S. Marshak, K. Chukovsky, A. Barto, V, Suteev, E. Uspenksy, M. Plztskovsky and many other authors. It starts with the illustrated song that is used for the title, the song about a christmas tree that was born in the forest and taken inside for the holidays. Every Russian child knows and loves this song. 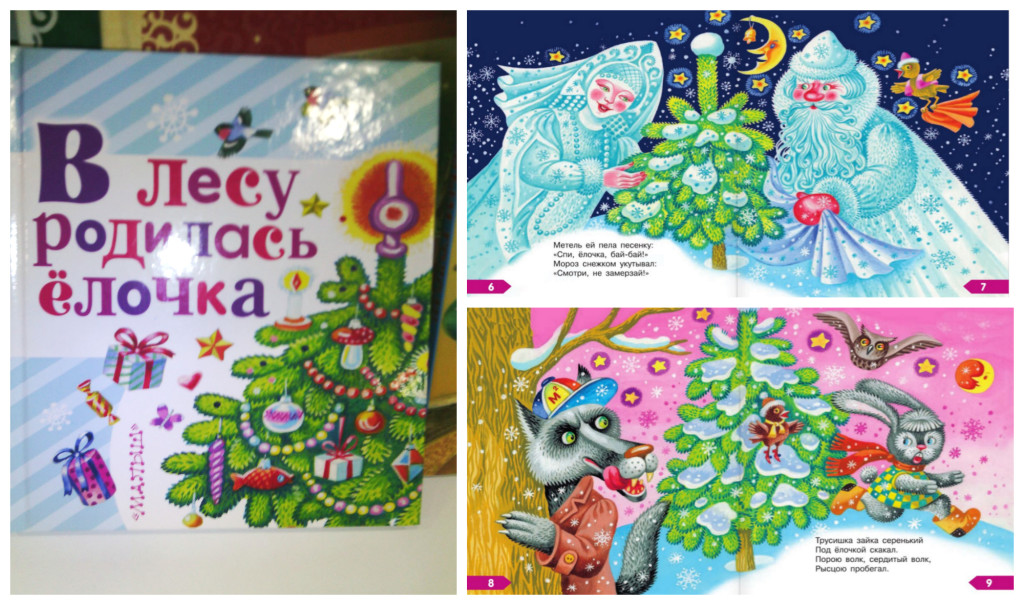 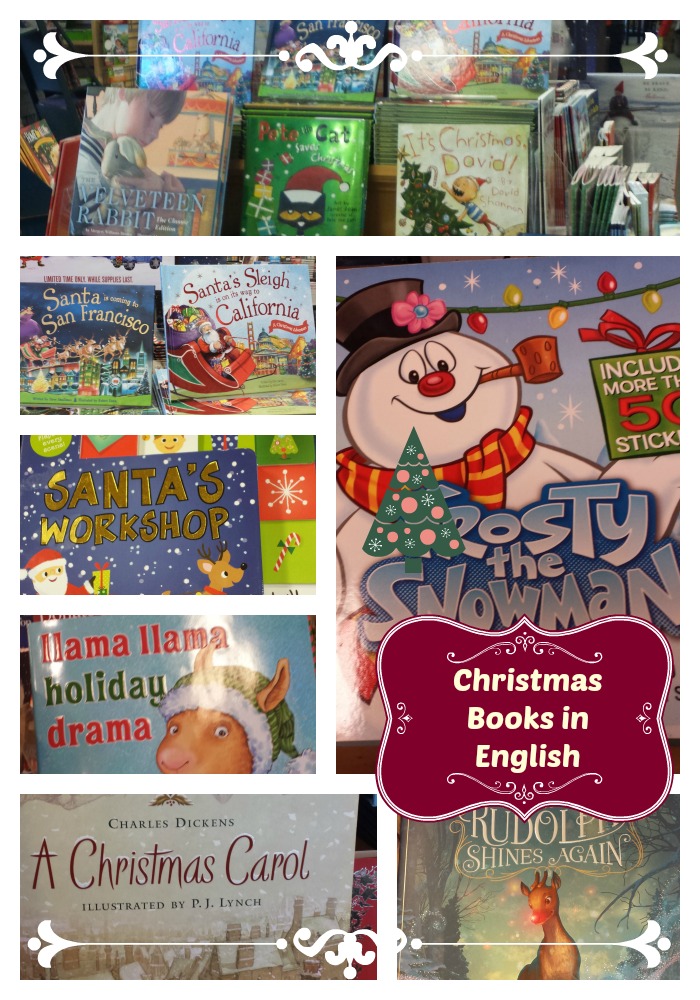 In the US the Christmas shopping bonanza begins on black Friday, the day after Thanksgiving, and there are many great deals, including on books. This can be an easy and cheap way to find beautiful books for the kids’ presents. Surprisingly I have not actually seen that many books about Santa Claus. However the books cover a variety of characters and themes: Frosty the Snowman, Rudolph the Deer, the Nutcracker, Pete the Cat, Splat and many more characters. The following books are featured in the collage above: Santa Is Coming to San Francisco

, Santa’s Sleigh Is on Its Way to California: A Christmas Adventure

, A Christmas Carol by Charles Dickens

as I was eyeing it for a couple of years already. The beautifully drawn illustrations bring the story of the Nutcracker to life.  This book is actually based on the ballet so it’s a great preparation before the show. This year we are going for the first time to the full performance of the ballet by the San Fransisco Ballet at War Memorial Opera House. 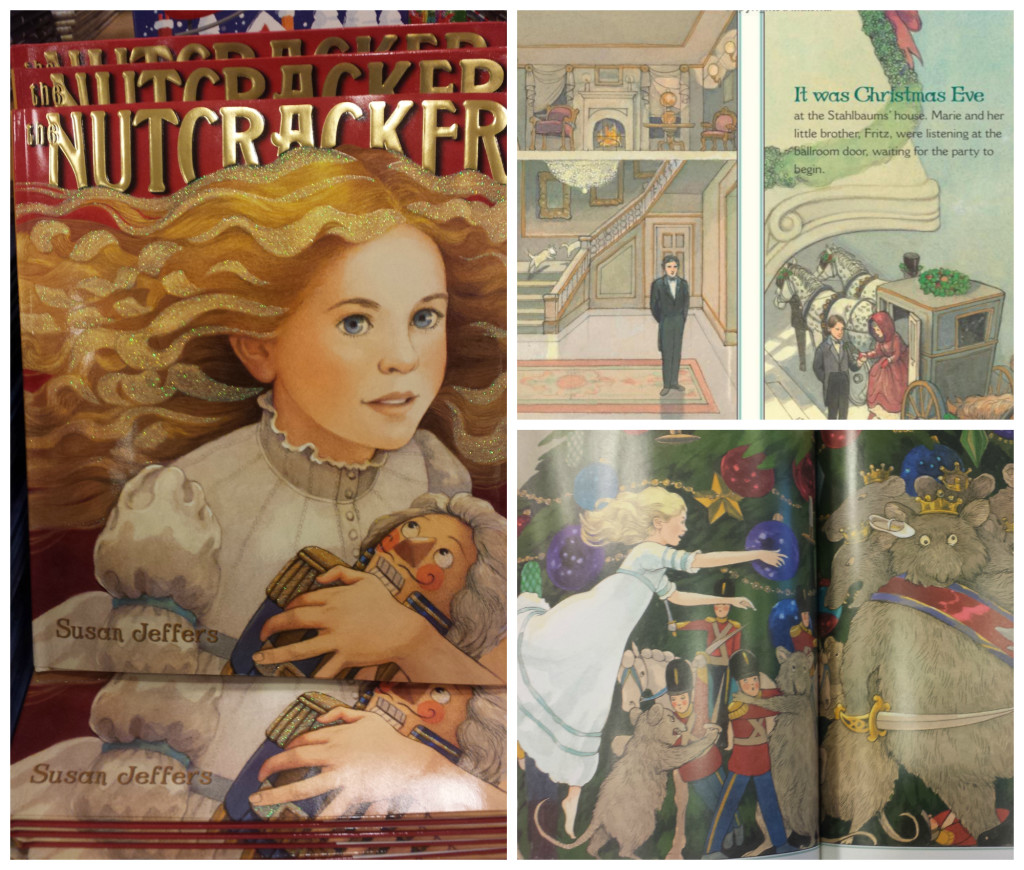 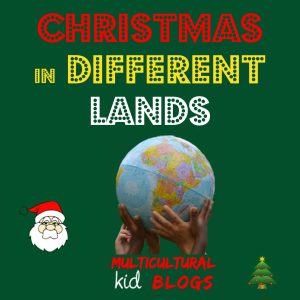 Partner at Russian Step By Step
Anna Watt is originally from Russia and majored in Education and Linguistics there. She lived in France where she received her Master’s Degree in International and Interactive Communication. Anna speaks fluent Russian, English and French and also knows some Spanish, German, Japanese and Italian. Anna loves education, languages and technology, so she is always involved in all three. Anna has always been involved in supporting and promoting the study of the Russian language, as well as introducing Russia’s language and culture to a variety of people world-wide. As a mother of young girls her recent project is books and a blog Russian Step By Step Children geared towards kids living outside a Russian-speaking country.