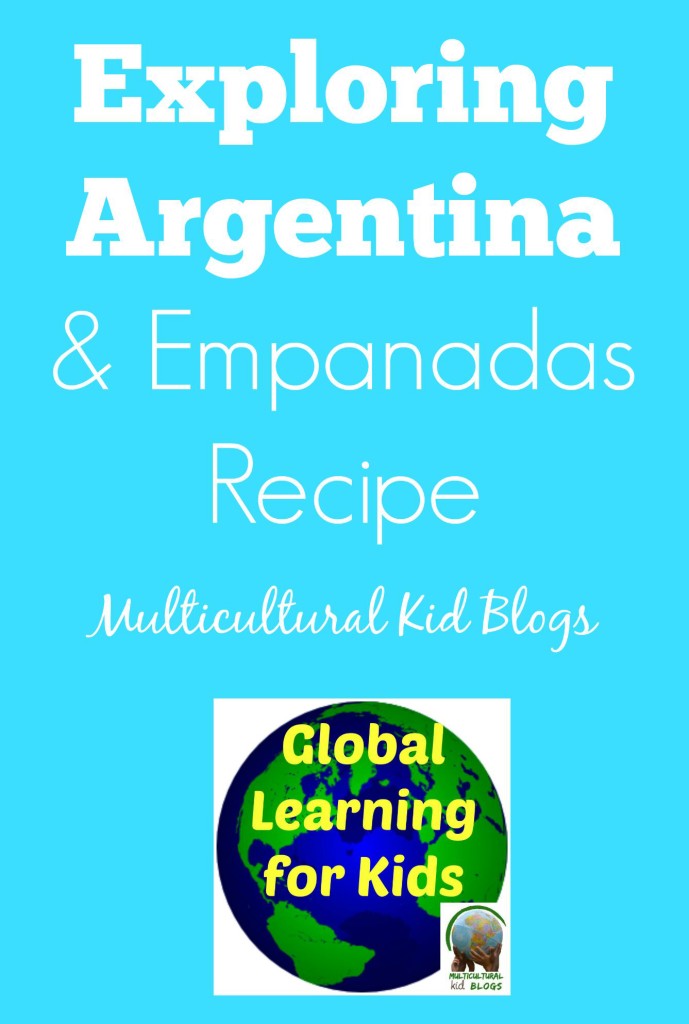 Hi! My name is Ana and I am from Argentina.  Here are some fun facts about my country, plus don’t miss the recipe for empanadas at the end!

Argentina is the eighth largest country in the world.

It is South America’s second largest nation.
Its capitol city is Buenos Aires.  Buenos Aires is the most European city in Latin America, full of ornate French style buildings fronted along tree lined boulevards with fountains, parks and sidewalk cafes.
Our native language is Spanish, but since 2000 it is compulsory to learn English as a foreign languages at school.  As a result, our children learn English since kindergarten!
Our currency is the peso.
Animals of Argentina

Some of the animals you’ll find in Argentina are:
The Puma: The second largest cat in the Americas

The Margay: Also known as the Long Tailed Spotted Cat
The Pampas Cat or Grass Cat
Guanacos (llamas): Related to camels
The Andean Condor
Southern Sea Lion
Killer Whales
Magellanic Penguins: Found in Patagonia, they are the largest of the warm-weather penguins. These penguins were named after Ferdinand Magellan, who first saw them in 1519 on his first voyage around the tip of South America. They live on the coast of Argentina, Chile and the Falkland Islands.
Fun Facts
The biggest dinosaur was believed to have been found in Argentina.
A famous landmark is the Christ of the Andes, a statue of Christ commemorating a series of peace and boundary treaties between Argentina and Chile. Dedicated on Mar. 13, 1904, it stands in Uspallata Pass, high in the Andes, on the Argentine-Chilean boundary.

There are lot of wonderful recipes for Argentinean food, but Argentinean Empanadas is one of my favourite dishes.

These are the ingredients in order to make your empanadas.

And this is the procedure to make your delicious Argentinian Empanadas

1- In a saute; pan melt the shortening and add the chopped onions. Cook the onions until just before they begin to turn golden. Remove from the heat and stir in the sweet paprika, hot paprika, crushed red pepper flakes and salt to taste.

2- Spread the meat on a sieve and pour boiling water on it for partial cooking. Allow meat to cool. Place meat in a dish add salt to taste, cumin and vinegar. Mix and add the meat to the onion mixture. Mix well and place on a flat to dish to cool and harden.

3- Cut puff pastry dough into 10 round shells. Place a spoonful of the meat mixture on each round; add some of the raisins, olives and hard boiled egg. Avoid reaching the edges of the pastry with the filling because its oiliness will prevent good sealing. Slightly wet the edge of the pastry, fold in two and stick edges together. The shape should resemble that of a half-moon. You should have a 2/3 to 1/2 inch flat edge of pastry to work with. Seal by twisting edge, step by step, between thumb and index finger, making sure to add pressure before releasing the pinch and moving on to the next curl. Other sealing procedures like pinching without curling or using a fork to seal will not prevent juice leaks during baking, and empanadas must be juicy.

4- Preheat oven to 350 degrees F (180 degrees C). Place empanadas on a parchment paper lined baking sheet. Be sure to prick each empanada with a fork near the curl to allow steam to escape during baking. Glaze with egg for shine and bake until golden, about 20 to 30 minutes.

This post is part of our Global Learning for Kids series. Each month we will feature a different country and host a link party to collect all the various posts people about teaching kids about that country–crafts, books, lessons, recipes, etc. It will create a one-stop place full of information about the country.

This month we are learning all about Argentina, so link up below any old or new posts designed to teach kids on Argentina–crafts, books, lessons, recipes, music, and more!

Ana lives in Argentina, a beautiful country in South America. She teaches EFL to Prek-12 and Literature to Elementary kids. You can find her online at A Teachable Year