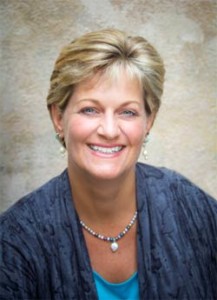 I’m delighted to share an interview with one of my role models and interfaith inspirations, Vicki Garlock. We discussed her brilliant interfaith work with children in her role as founder of Faith Seeker Kids and curriculum developer at Jubilee! Community Church in Asheville, North Carolina. During our discussion, Vicki also shared practical and enjoyable ways for parents to teach their own children about other faith traditions.

First a little background. Vicki created an Interfaith Sunday School curriculum which she uses in her church. It’s a lovingly designed age-appropriate two year programme that offers experiential ways for children to follow their own faith journey.

“Primarily, we work by telling stories,” Vicki explained. “So for younger children, we introduce a story, let’s say something from the Buddhist or Jewish tradition, but we don’t do a lot of comparing or contrasting at that stage. When children are older, we might look at one story or idea, like the creation story, and see how it is presented in different religions. For instance, there’s the saying in the Bible that it’s harder for a rich man to get into heaven than for a camel to pass through the eye of a needle. And that exact same quote is in the Quran. This is one way that students realise that faiths share many concepts.”

When asked whether children may become confused in terms of being able to differentiate between religions or forming their own faith identity, Vicki deconstructed the assumption behind the question itself.

“Well it’s interesting how the question is phrased. Because it’s based on the assumption that we’re not all confused about faith, or that being confused is somehow a bad thing. Essentially, assuming that children will be confused is problematic because it assumes that it’s wrong to be confused about who/what God is and how to be (and stay) connected to the Divine. It also assumes that learning about different faith traditions will increase confusion, whereas I believe it will give them more opportunities to find their own faith path.”

“I call the programme Faith Seeker Kids, because I think the important part is seeking faith, not keeping faith. So in a way, my job is much easier because I work with children. Kids don’t have the same baggage and prejudices that adults have. So we’ll look at the different ways of praying or connecting with the Divine – prayer rugs, beads – it’s all good, and children have to find their own way.”

Vicki goes into greater detail on the Faith Seeker Kids website, describing its mission as being ‘grounded in the belief that we are all life-long faith seekers. Each of us must reach our own understanding of God/the Divine/the Great Mystery. Each of us must develop our own faith practice. And each of us must acknowledge that this process is ongoing, changing over time as a result of development/aging and life experiences. In short, our mission is to transcend the religious/spiritual distinction so we can teach our kids to find their faith.’

I was curious to know how parents in the community had responded to the interfaith curriculum and I asked what kind of reactions the church had received.

“In a way I’m preaching to the choir,” Vicki admitted, “My community in Asheville, North Carolina is known for being progressive and welcoming of different faiths. And so the people who come are likely to have the same mindset or want this kind of environment for their child.

However, the programme has also begun to catch on in other churches. A church in South Carolina has added the interfaith programme to Wednesday nights, while another in Connecticut has integrated several units from the course with their congregation for the Sunday morning programme. The programme has also popular beyond the original target age of children and teens. Vicki noted that “parents often come under the pretence of ‘helping’ but really they are intrigued by the whole thing and want to learn more for themselves.”

Finally, Vicki offered some advice and words of encouragement for parents wishing to teach their children about other faith traditions.

“Research what’s happening in your local community. There’s so much out there and a lot of the time, they are organised with children in mind. Festivals are particularly child-friendly.”

Vicki gave an example of attending the Chabad House in Asheville during the Jewish festival of Sukkot. During the celebration, children could eat kosher pizza in the temporary shelters the festival is named after as well as having a whale of a time on the bouncy castles they had set up.

Vicki describes Sukkot as a great holiday for kids on the Faith Seeker Kids blog, since “the temporary shelter is like a fort or a tent, which is always fun, but the sukkah can also be decorated. Of course, you can buy decorations, but making decorations is a great way to get kids involved in the festivities. They can draw pictures and hang them on the inside walls. They can make hanging decorations or construction paper chains and drape them from one corner to the other.”

Vicki also suggests that food is a great way of introducing the stories behind the food traditions of religious festivals, from dates at Ramadan to Latkes (potato pancakes) for Hannukah.

The most important piece of advice Vicki has for parents though, is not to be put off by interfaith if they feel they don’t know anything about other faith traditions. “They can learn along with their children,” she says. “You can share the experience. For instance, during our Sunday school classes, the teachers learn alongside the children. Open-heartedness and a sense of adventure are much more important than factual information.”

Sarah Ager is an English teacher and expat writer living in Italy. She describes herself as an ‘Anglo-Muslim hybrid’, having converted to Islam in 2011. She writes about interfaith dialogue, religion, and culture on her blog A Hotchpotch Hijabi in Italy and tweets at @SaritaAgerman. She curates Interfaith Ramadan, an inclusive interfaith blog project bringing together writers from different faiths and cultures at @InterfaithRam.